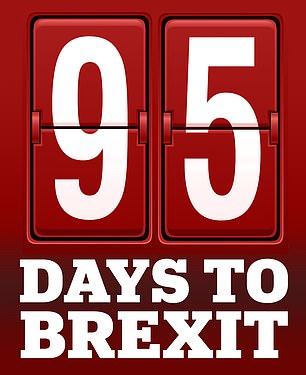 has been warned by a leading ally of that without a backstop there can be no deal with the – and no future trade talks either.

Mr Johnson has insisted he will not sign up to a deal with Brussels which includes the Irish border backstop but the EU is adamant the protocol cannot be changed or deleted.

Nathalie Loiseau, the French former Europe minister, said today that even if EU leaders did agree to ditch the backstop, MEPs would never let such an accord be ratified.

She also said that if Mr Johnson took Britain out of the bloc without a deal then Brussels will likely refuse to engage in future trade talks because crucial issues like the payment of the £39 billion Brexit bill would be unresolved.

Ms Loiseau said the new UK government will have to choose between accepting the existing Withdrawal Agreement – rejected three times by MPs – and a No Deal split with no trade talks.

‘You have changed your prime minister but we have not changed our minds,’ Ms Loiseau, now an MEP for Mr Macron’s En Marche party, said.

Her comments came as it emerged Mr Johnson has set up a six-strong ‘war cabinet’ of senior ministers tasked with delivering Brexit ‘by any means necessary’ in order to meet the current Halloween deadline.

Meanwhile, Michael Gove, the minister responsible for No Deal contingency planning, said the government was now working off the ‘assumption’ there would be a bad break.

Mr Gove said a No Deal divorce was ‘now a very real prospect’. 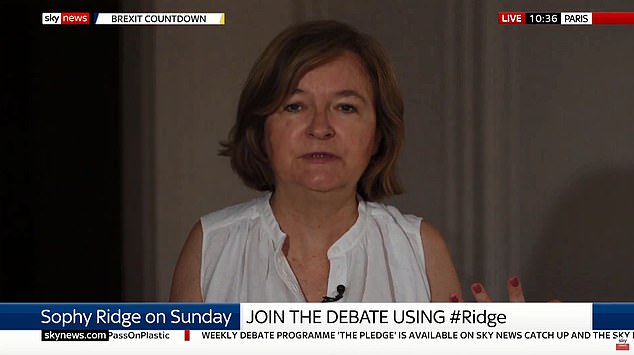 Nathalie Loiseau, an MEP and French former Europe minister, today warned that a No Deal Brexit would mean no trade talks between the EU and UK 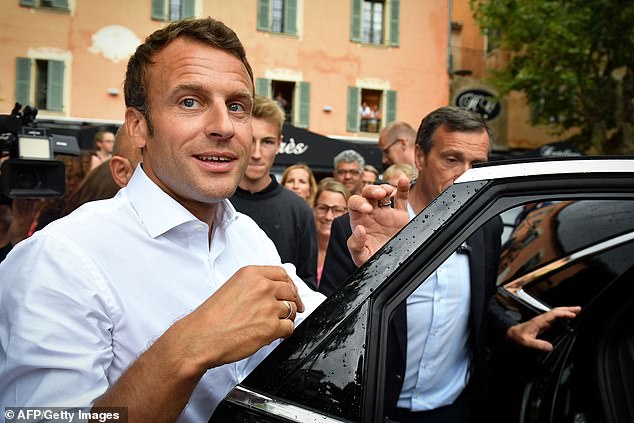 Emmanuel Macron, pictured in the south of France yesterday, is believed to be firmly against granting a further Brexit extension

What is the Irish backstop and why is it so divisive?

The so-called Irish border backstop is one of the most controversial parts of the existing Brexit deal. This is what it means:

The divorce deal says it will kick in automatically at the end of the Brexit transition period if that deal is not in place.

This means many EU laws will keep being imposed on the UK, restricting its ability to do its own trade deals. It also means regulatory checks on some goods crossing the Irish Sea.

Because the UK is leaving the customs union and single market, the EU said it needed guarantees that people and goods circulating inside its border – in this case in Ireland – met its rules.

This is covered by the Brexit transition, which effectively maintains the status quo, and can in theory be done in the comprehensive EU-UK trade deal.

But the EU said there had to be a backstop to cover what happens in any gap between the transition and final deal.

Getting out – even if there is a trade deal – can only happen if both sides agree and Brexiteers fear the EU will unreasonably demand the backstop continues so EU law continues to apply in Northern Ireland.

Britain and the EU are now on a collision course over Brexit which is likely to end with a game of intense brinkmanship in the run up to the current departure deadline.

Mr Johnson wants to renegotiate the current terms of divorce and delete the backstop while the EU is insistent the existing deal is the best and only one available.

The new PM has promised to deliver Brexit by October 31 ‘do or die’ and with or without a deal.

But Ms Loiseau said leaving without a deal would have significant consequences.

She told Sky News the UK faced a simple choice: ‘First of all Boris Johnson is right on something: There is to be a decision fast and has to be implemented because three years of suspense is a lot and maybe too much.

‘But the way the UK wants to leave the European Union, you have a choice, the House of Commons has a choice.

‘There is the Withdrawal Agreement which is on the table which has been negotiated and signed by the previous government or there is a No Deal.

‘Let me say it clearly: There is nothing in between because you have the British parliament but we have the European Parliament and it would not ratify a Withdrawal Agreement without a backstop.’

Told that Mr Johnson believes the EU could ultimately give in on the backstop because of its desire to avoid a chaotic split, Ms Loiseau said: ‘We do want to avoid a No Deal and the Withdrawal Agreement is on the table. Why create a crisis when there is none? When there is a way out?

‘Or deciding to stay in the European Union which would be a more preferable choice but it is your choice to make, not ours.’

She added: ‘The Withdrawal Agreement is not the devil as it was portrayed. It is a reasonable compromise from both sides which provides us with the opportunity to move forward.’

Mr Macron is thought to be the EU leader most opposed to a further Brexit delay.

Ms Loiseau said she was still waiting to see detailed new Brexit plans from the new Johnson administration as she said the EU needed more than ‘campaigning and political speeches’. 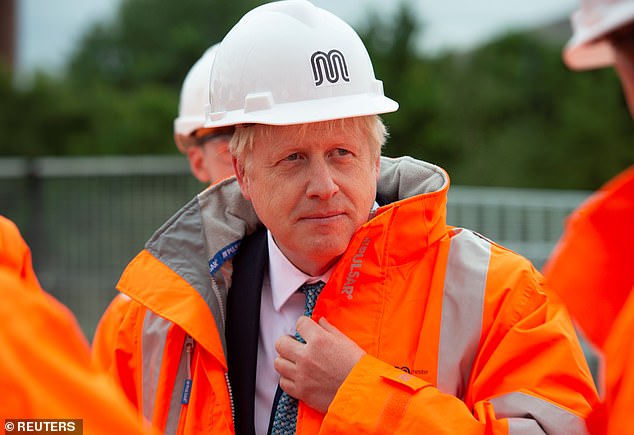 Boris Johnson, pictured in Manchester yesterday, has said the UK will leave the EU by October 31 ‘do or die’ and with or without a deal

She suggested the EU would never agree to trade talks on the future relationship with Britain if the UK left in a disorderly fashion.

Mr Johnson has suggested the £39bn Brexit bill could be used as leverage or even withheld.

‘So it would bring us back to where we are today.’

Her comments came as Mr Gove wrote in The Sunday Times that No Deal was now the government’s working assumption.

He said: ‘We still hope they will change their minds, but we must operate on the assumption that they will not.

‘The Prime Minister has been crystal clear that means we must prepare to leave the EU without a deal on October 31, and I fully support this approach.’