‘s new Downing Street guru Dominic Cummings plans to turn the Conservative Party conference at the end of September into a rally, The Mail on Sunday can reveal.

The annual gathering of the Tory faithful, to be held in Manchester this year, finishes just 29 days before the Government’s planned EU departure on October 31.

And Mr Cummings – the architect of Vote Leave’s historic 2016 referendum win and now the new Prime Minister’s enforcer – has instructed ministerial advisers that they should do the ‘bare minimum’ to prepare for the event, which is traditionally a major part of the political calendar. 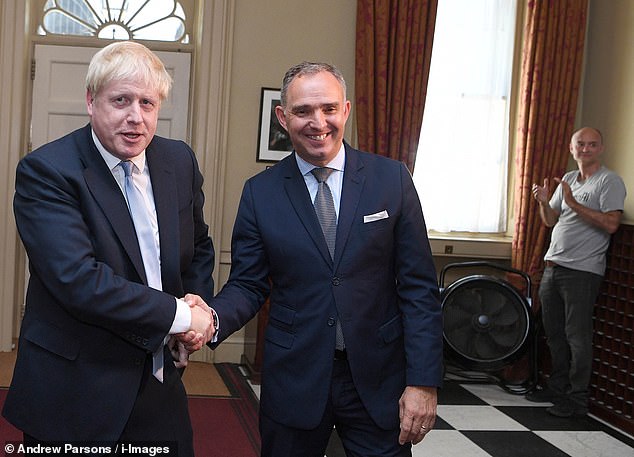 Dominic Cummings (right, next to Boris Johnson and Sir Mark Sedwill) plans to turn the Conservative Party conference at the end of September into a Brexit rally

This year, the entire four-day meeting will be used to ‘hammer home the Government’s message that we are leaving on October 31 with or without a deal’.

Mr Cummings told Whitehall advisers and spin doctors on Friday that they were not part of ‘a usual Government’ but rather one facing ‘a constitutional crisis’.

He said: ‘You should be doing the bare minimum with regards to conference, as minimal an amount as possible. The usual big speeches by loads of different Ministers with lots of policy announcements to chase headlines are just not going to happen.

‘What you have to realise is that the conference is going to be just days away from Brexit, and that is all it will be about.’

Mr Cummings’ surprise appointment as political adviser to Mr Johnson has sent shockwaves through both the Downing Street administration and the wider Conservative Party, due to his eccentric management style. 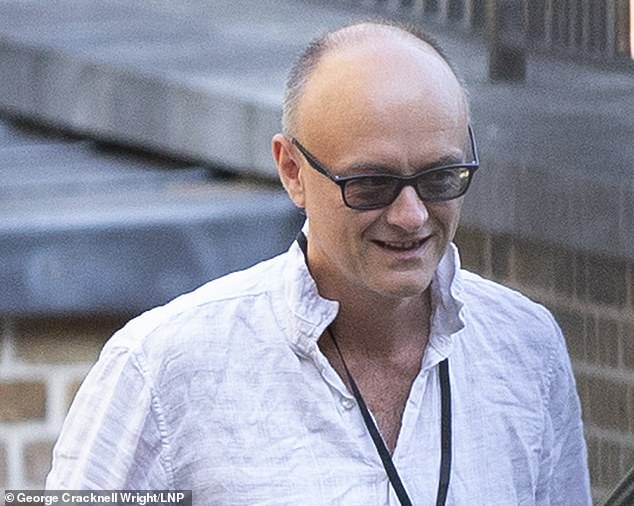 Some of the PM’s closest allies were infuriated after being kept in the dark about the shock hire, with insiders saying strategist and long-term Johnson aide Sir Lynton Crosby was ‘fuming’.

Mr Cummings, famously played by Benedict Cumberbatch in the TV drama Brexit: The Uncivil War, has made no secret of his contempt for the mandarin class and what he has branded the ‘chaos-inducing entropic forces of Westminster/Whitehall’. Many in Westminster expect him to clash with Civil Service boss Sir Mark Sedwill, due to his previous attacks on Britain’s political system.

He has been quoted as wanting to ‘blow up the current Civil Service system’, which ‘like the EU, is programmed to fail’ and is run by people ‘who are increasingly c**p’.

Downing Street sources insist that the pair ‘respect each other hugely as professionals’ but insiders fear this will be the first obvious flashpoint inside the team. One seasoned Whitehall observer said: ‘They get on like an actual house on fire.’ 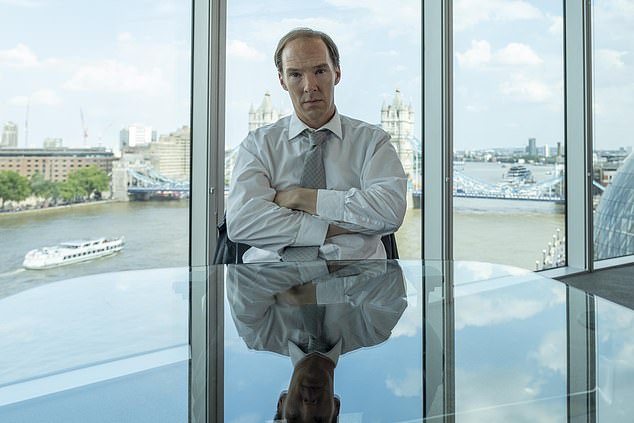 The guru was  famously played by Benedict Cumberbatch in the TV drama Brexit: The Uncivil War

However, Mr Cummings has used his meetings so far to play down his animosity to Whitehall staff, telling colleagues: ‘Don’t blame the civil servants, it’s not their fault – it is the politicians who have f****d this all up.’

Many Tory MPs who have been criticised by Mr Cummings in the past have also raised concerns about his appointment. He insisted his successful Brexit referendum would never have been won if the ‘narcissist delusionals’ of the Tory European Research Group had had a bigger role. ‘You should be treated like a metastasising tumour and excised from the UK body politic,’ he said recently.

Durham-born Mr Cummings, 47, graduated from Oxford with a First in Ancient and Modern History in 1994, before becoming an adviser to Michael Gove.

His stormy relationship with David Cameron’s inner circle did not stop him from becoming one of the most influential figures in the early Tory/Liberal Democrat Coalition when Mr Gove was Education Secretary.

‘Career psychopath’ was David Cameron’s mocking description of him, while Nick Clegg labelled him a ‘loopy ideologue’.

Volcano eruption which destroyed tons of of properties slows to digital halt after greater than thre...
Manchester City star Kevin De Bruyne receives special edition FIFA 19 with personalised cover
Flight chaos as thousands of staff at Australia's five main airports walk off the job to protest
Drivers face £5.50 charge to enter Europe in the event of a No Deal Brexit, new plans reveal
Robocop-style security guards used in a LA shopping mall
'You can't find a way through if you just sit on the beach!' Boris Johnson takes early-morning swim
Foreign Office 'told police to delay telling Harry Dunn's parents Anne Sacoolas had fled'
How the 'Royal carpenter' gets mistaken for a traffic warden