Eric Garner’s stepfather Ben Carr has died of a heart attack in Jamaica.

Carr was in the Caribbean country for his stepdaughter’s wedding and died suddenly during the ceremony on Friday, according to a tweet posted by Reverend Al Sharpton.

reports Carr was ‘walking his daughter down the aisle’ at the time the attack occurred.

The shocking news comes just 10 days after the Justice Department declared they would not prosecute Daniel Pantaleo – the police officer who put Garner in a choke hold back in July 2014.

It had been widely reported that the officer’s actions triggered Garner’s asthma, which killed him shortly after.  The death of Garner after his confrontation with police sparked national outcry, and was the catalyst for the Black Lives Matter movement.

Meanwhile, Carr’s death is the latest in a series of tragedies to rock the family.

He is not the first family member to pass away of a heart attack – with Garner’s own daughter, Erica, dying the same way back in December 2017.

She was aged just 27, and was mom to a four-month-old son. 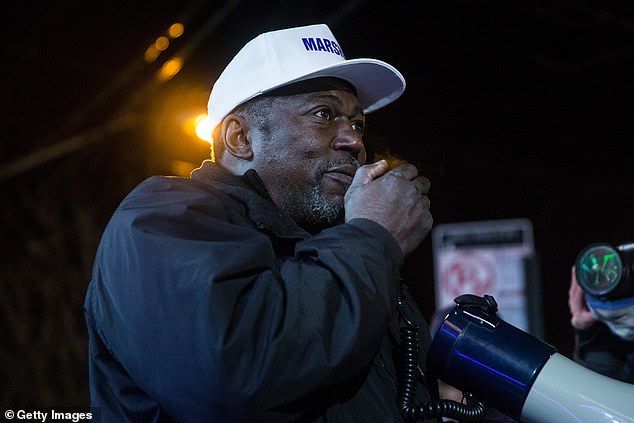 Eric Garner’s stepfather Ben Carr died of a heart attack in Jamaica on Friday, according to the Reverend Al Sharpton 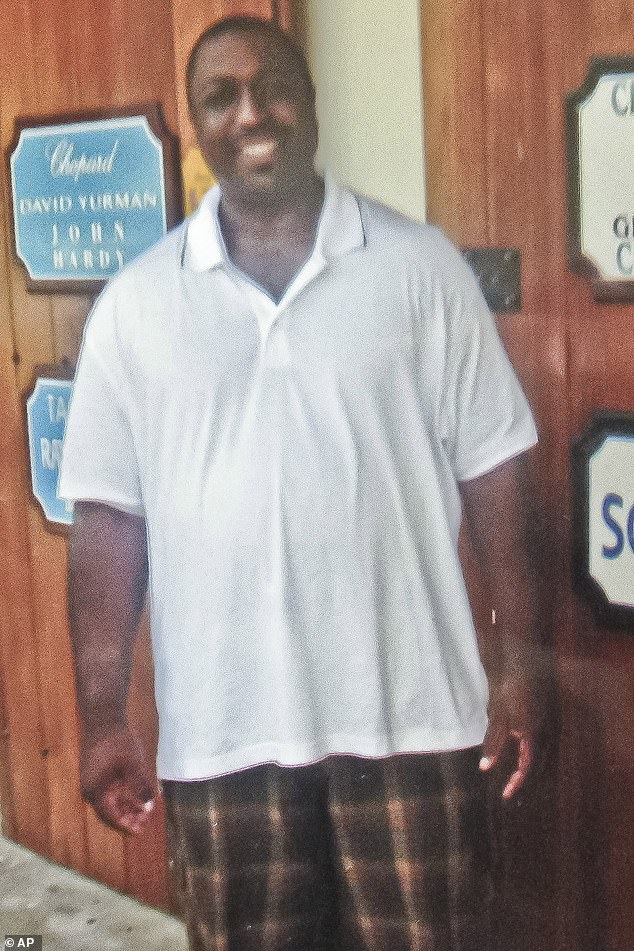 The Garner family were back in the headlines on July 16 when Attorney General William Barr announced that the federal government didn’t believe there was enough evidence to convict Pantaleo over Garner’s death.

The move effectively closed the five-year-old case that fueled national ‘Black Lives Matter’ protests calling for police to be held accountable for the deaths of unarmed African-Americans in custody or facing arrest.

A US attorney declared there was insufficient evidence that Pantaleo broke the law or contributed to the death of Garner during an arrest on July 17, 2014.

The lawyer told reporters Pantaleo had not deliberately placed Garner in a choke hold although he effectively created one for seven seconds as both men struggled and fell. 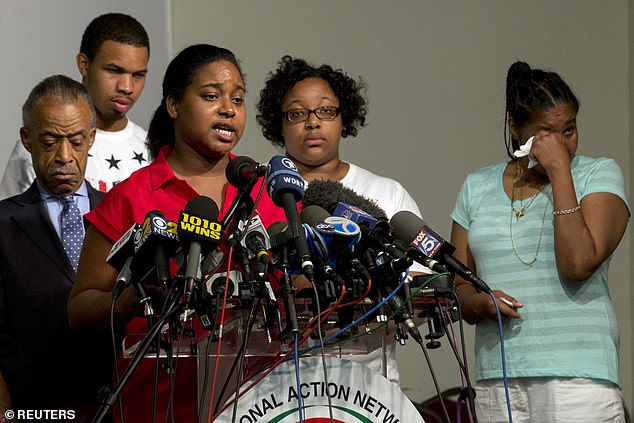 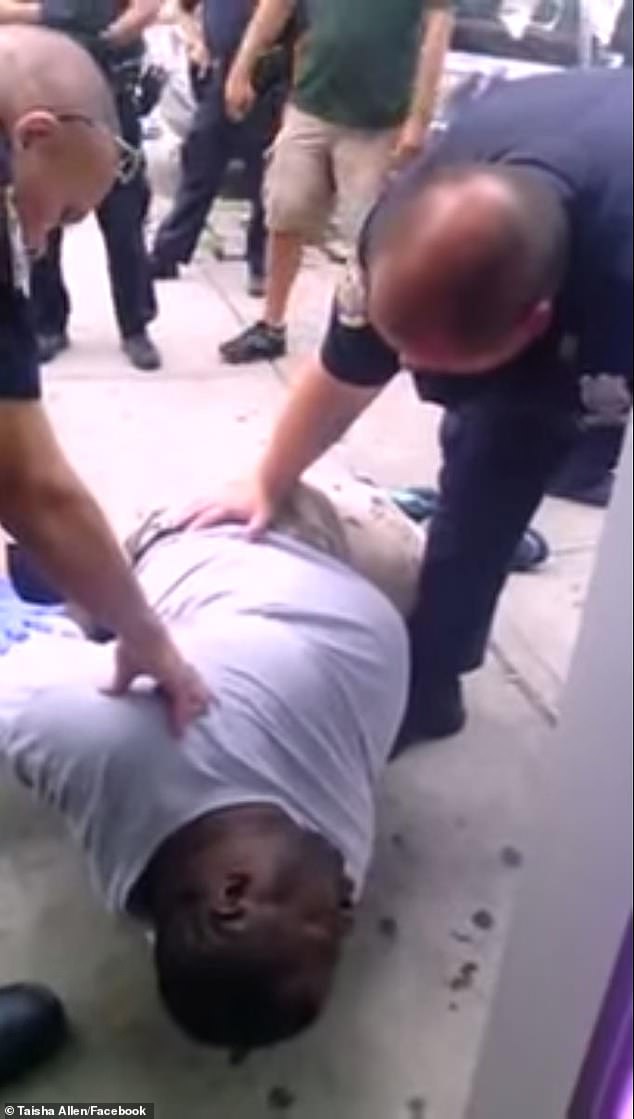 Garner, who was being detained on suspicion of illegally selling cigarettes on a sidewalk, repeatedly said ‘I can’t breathe’ to officers holding him down 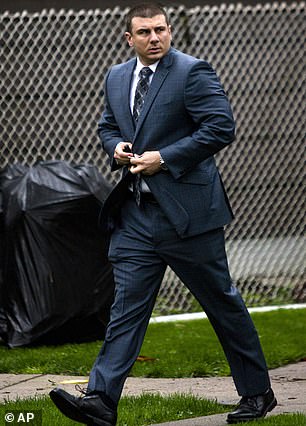 Garner, who was being detained on suspicion of illegally selling cigarettes on a sidewalk, repeatedly said ‘I can’t breathe’ to officers holding him down and after Pantaleo pulled away from his neck.

Garner then appeared to lose consciousness, and was taken to a hospital where he was pronounced dead.

The decision not to prosecute Pantaleo caused a huge backlash and prompted a crowd of activists to confront the cop and his colleagues in the quiet Staten Island subdivision where he resides.

Garner’s mother Gwen Carr – who has now been left widowed by Ben Carr’s sudden death – also expressed her outrage outside the US attorney’s office.

‘This is an outrage, an insult to injury. You won’t get away with it. I stood by for five years. I’m not being quiet anymore.

‘The DoJ has failed us. Five years ago, my son said ‘I can’t breathe’ 11 times. Today we can’t breathe. Because they have let us down.’ 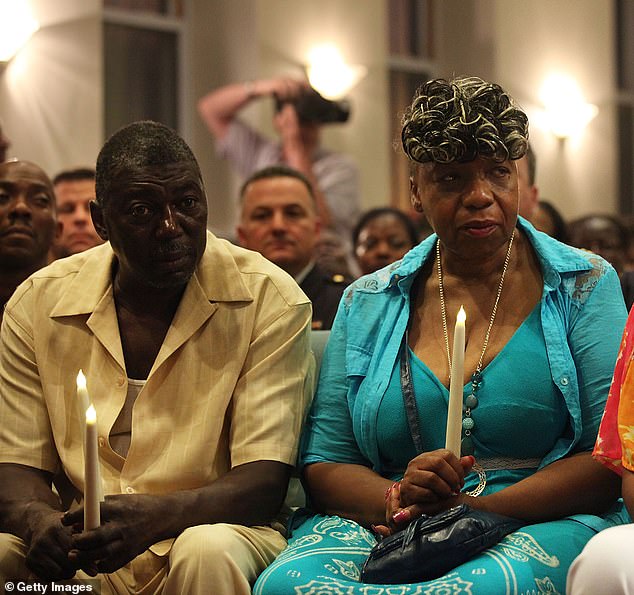 Ben Carr is pictured with his wife – and Eric Garner’s mother – Gwen Carr in 2015. Just last week, Carr had hit out at the US justice department. She is now a widow

Father lunges at ex and her associate after stays are linked to autistic son
Pregnant Meghan Markle shows the first sign of a tiny baby bump a day after revealing her pregnancy
High school football player smashes opposing team's locker room with sledgehammer
Kelly Clarkson covers Lady Gaga and Bradley Cooper's Shallow and fans say it's better than original
Michigan couple, 25 and 22, detained after they were caught having hot tub sex at an Ohio resort
Counting On star Grandma Duggar's death may have been a drowning according to leaked 911 call
PICTURED: Married father-to-be gunman, 20, whoe walked into Walmart carrying an assault rifle,
Former FDA advisory urges the agency to BAN LASIK eye surgery