A 26-year-old woman has penned a heartbreaking tribute to her late partner who died as a result of a drug overdose.

Erica Lawrence, from Haskell, Arkansas, shared the emotional post to on Sunday, July 21. In the heartfelt piece, she revealed that the ‘love of her life’, Tyler Lawrence, passed away on Thursday, June 27.

‘I had no idea that he had been using drugs, nor did I recognize that he was struggling,’ she wrote in the post, in which she aimed to raise awareness about addiction and substance abuse. 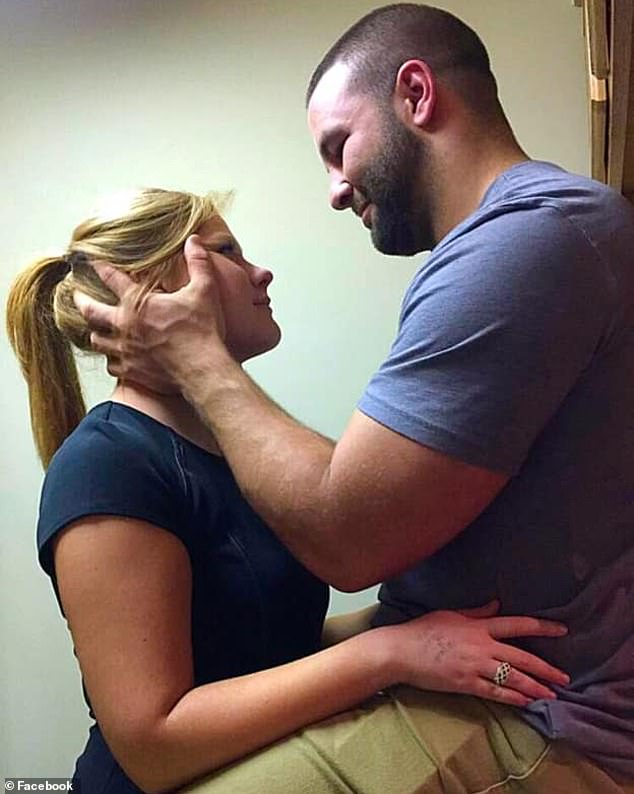 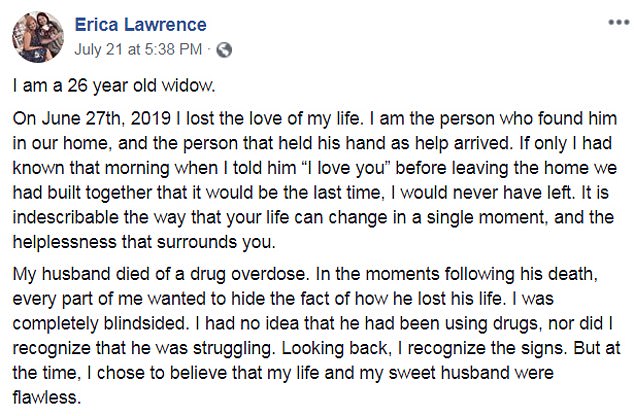 Emotional: The 26-year-old revealed that the ‘love of her life’, Tyler Lawrence, 29, passed away on Thursday, June 27, as a result of a drug overdose 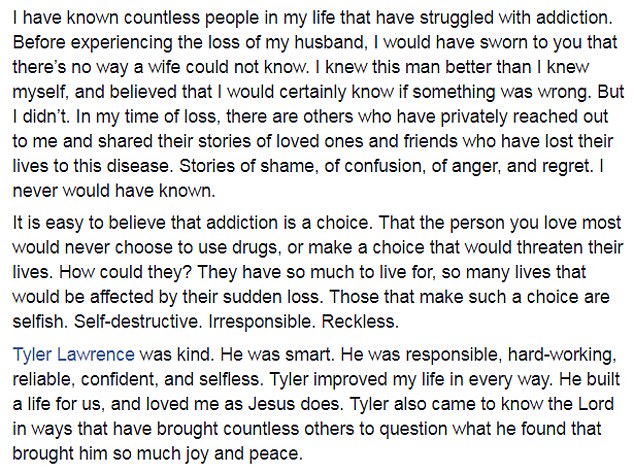 Devastating: She explained in the now viral post that although she knew her husband better than she knew herself, she didn’t notice that ‘something was wrong’ at the time

Her now viral post read: ‘I am the person who found him in our home, and the person that held his hand as help arrived.

‘If only I had known that morning when I told him “I love you” before leaving the home we had built together that it would be the last time, I would never have left. 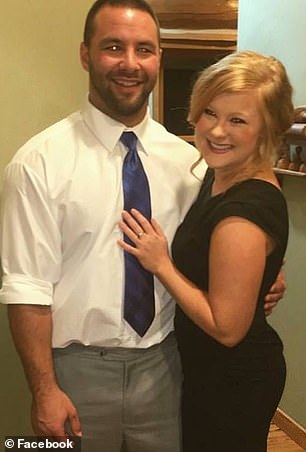 Heartbreak: ‘It is indescribable the way that your life can change in a single moment, and the helplessness that surrounds you,’ Erica wrote in the emotional post

‘It is indescribable the way that your life can change in a single moment, and the helplessness that surrounds you.

‘My husband died of a drug overdose. In the moments following his death, every part of me wanted to hide the fact of how he lost his life. I was completely blindsided,’ she said.

The 26-year-old went on to say that she had ‘no idea that he had been using drugs’, and that she didn’t realize that he was struggling with an addiction.

‘Looking back, I recognize the signs. But at the time, I chose to believe that my life and my sweet husband were flawless,’ she said.

Erica said she has known ‘countless’ people that have struggled with addiction, and that before losing her husband, she would ‘have sworn to you that there’s no way a wife could not know’.

She continued: ‘I knew this man better than I knew myself, and believed that I would certainly know if something was wrong. But I didn’t.

‘In my time of loss, there are others who have privately reached out to me and shared their stories of loved ones and friends who have lost their lives to this disease. Stories of shame, of confusion, of anger, and regret. I never would have known,’ she added. 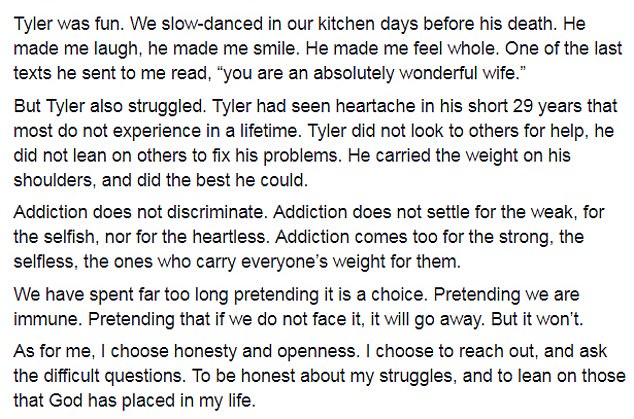 Tragedy: Erica aimed to raise awareness about addiction and substance abuse, and the importance of seeking help in her post, which has now been shared over 21,000 times 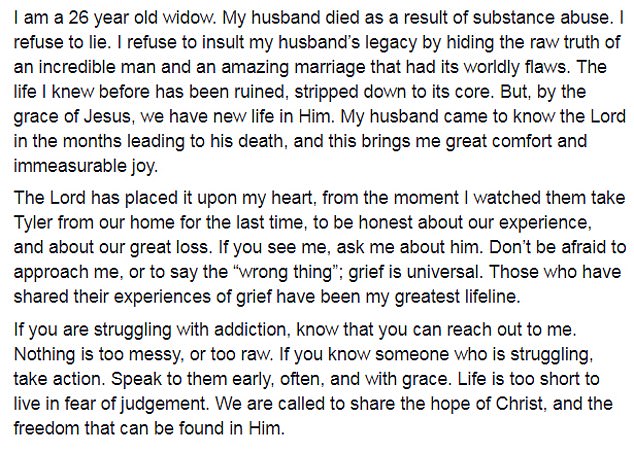 Open: ‘I am a 26 year old widow. My husband died as a result of substance abuse. I refuse to lie,’ Erica said, adding that anyone struggling with an addiction can reach out to her for help 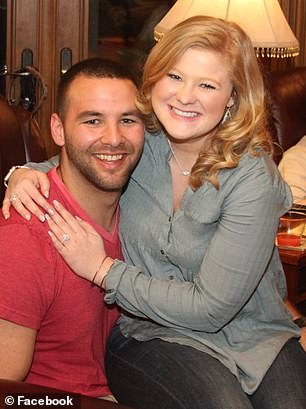 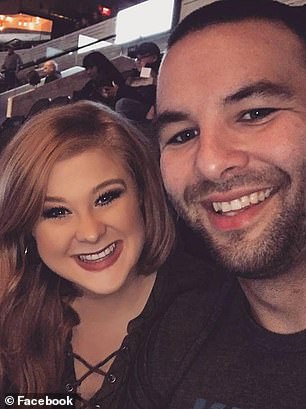 Touching: Since Erica shared the Facebook post on Sunday, July 21, it has garnered a whopping 22,000 likes and almost 8,000 comments from different people

Erica continued: ‘It is easy to believe that addiction is a choice. That the person you love most would never choose to use drugs, or make a choice that would threaten their lives. How could they?

‘They have so much to live for, so many lives that would be affected by their sudden loss. Those that make such a choice are selfish. Self-destructive. Irresponsible. Reckless,’ she added.

1. Feeling that you have to use the drug regularly

2. Having intense urges for the drug that block out any other thoughts

3. Over time, needing more of the drug to get the same effect

4. Taking larger amounts of the drug over a longer period of time than you intended

5. Making certain that you maintain a supply of the drug

6. Spending money on the drug, even though you can’t afford it

7. Not meeting obligations and work responsibilities, or cutting back on social or recreational activities because of drug use

8. Continuing to use the drug, even though you know it’s causing problems in your life or causing you physical or psychological harm

9. Driving or doing other risky activities when you’re under the influence of the drug

10. Spending a good deal of time getting the drug, using the drug or recovering from the effects of the drug

She explained that he improved her life ‘in every way’, adding: ‘He built a life for us, and loved me as Jesus does. Tyler also came to know the Lord in ways that have brought countless others to question what he found that brought him so much joy and peace.

‘Tyler was fun. We slow-danced in our kitchen days before his death. He made me laugh, he made me smile. He made me feel whole. One of the last texts he sent to me read, “you are an absolutely wonderful wife.”

‘But Tyler also struggled,’ she said.

Erica explained that her husband, who passed away at the young age of 29, had ‘seen heartache’ that most people don’t experience in a lifetime.

She said he didn’t seek help from others, but rather carried the weight of his worries on his shoulders and ‘did the best he could’.

‘We have spent far too long pretending it is a choice. Pretending we are immune. Pretending that if we do not face it, it will go away. But it won’t.

‘As for me, I choose honesty and openness. I choose to reach out, and ask the difficult questions. To be honest about my struggles, and to lean on those that God has placed in my life,’ she said.

‘I am a 26 year old widow. My husband died as a result of substance abuse. I refuse to lie. I refuse to insult my husband’s legacy by hiding the raw truth of an incredible man and an amazing marriage that had its worldly flaws. 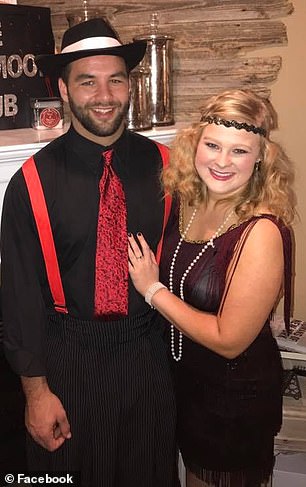 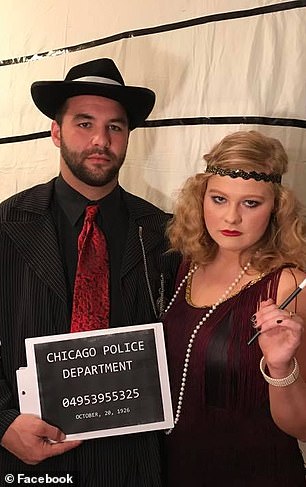 Fond memories: ‘Tyler was fun. We slow-danced in our kitchen days before his death. He made me laugh, he made me smile. He made me feel whole,’ Erica wrote 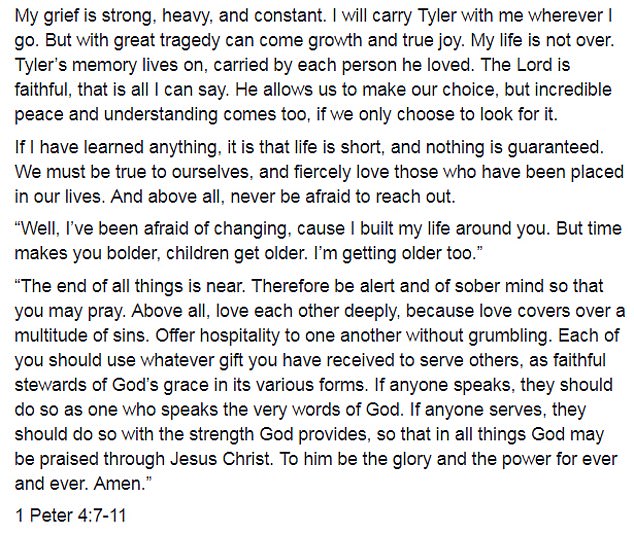 Grieving: The 26-year-old said her grief is ‘strong, heavy and constant,’ and that she has learned that life is short and ‘nothing is guaranteed’

‘The life I knew before has been ruined, stripped down to its core. But, by the grace of Jesus, we have new life in Him. My husband came to know the Lord in the months leading to his death, and this brings me great comfort and immeasurable joy.

‘The Lord has placed it upon my heart, from the moment I watched them take Tyler from our home for the last time, to be honest about our experience, and about our great loss. If you see me, ask me about him. 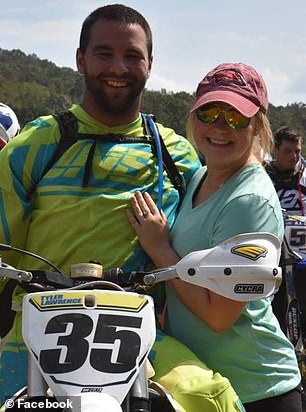 ‘My life is not over. Tyler’s memory lives on, carried by each person he loved,’ she said, as she concluded her heartfelt post

‘Don’t be afraid to approach me, or to say the “wrong thing”; grief is universal. Those who have shared their experiences of grief have been my greatest lifeline,’ she added.

Erica told others reading her post who may be struggling with addiction that they can reach out to her.

She explained that ‘nothing is too messy, or too raw,’ and she urged others to take action if they know that someone is struggling.

‘Life is too short to live in fear of judgement. We are called to share the hope of Christ, and the freedom that can be found in Him,’ she said.

‘My grief is strong, heavy, and constant. I will carry Tyler with me wherever I go. But with great tragedy can come growth and true joy.

‘My life is not over. Tyler’s memory lives on, carried by each person he loved. The Lord is faithful, that is all I can say. He allows us to make our choice, but incredible peace and understanding comes too, if we only choose to look for it,’ she added.

Erica said that by losing her husband, she has learned that life is short, and ‘nothing is guaranteed’.

‘We must be true to ourselves, and fiercely love those who have been placed in our lives. And above all, never be afraid to reach out,’ she said.

Son of limo company owner connected to horror crash is arrested
Trump says Alec Baldwin's Saturday night Live parody 'should be looked into'
Patrick Frazee beat Kelsey Berreth to death after blindfolding her, made mistress clean murder scene
Anthony Bailey
Trump touches down at White House after fundraiser in Ohio as several Republicans defend John McCain
Self-driving cars can be controlled by hackers to cause traffic jams and accidents in major cities
St Louis man discovers baby's corpse in a box in the freezer and believes infant may be his sister
Coronavirus fears drop net worth of 500 richest people in the world by $444BILLION