Robert Mueller said Wednesday and his eldest son praising WikiLeaks is ‘problematic,’ in a break from his line of answers that remained mostly tight-lipped.

After Democratic Representative Mike Quigley read out some tweets from Trump and Donald Trump Jr., regarding WikiLeaks, he asked if the former special counsel if the quotes hit him a certain way.

All of the tweets were sent in the weeks leading up to the 2016 presidential election.

‘Would any of those quotes disturb you Mr. Director?’ Quigley, a member of the House Intelligence Committee, asked. 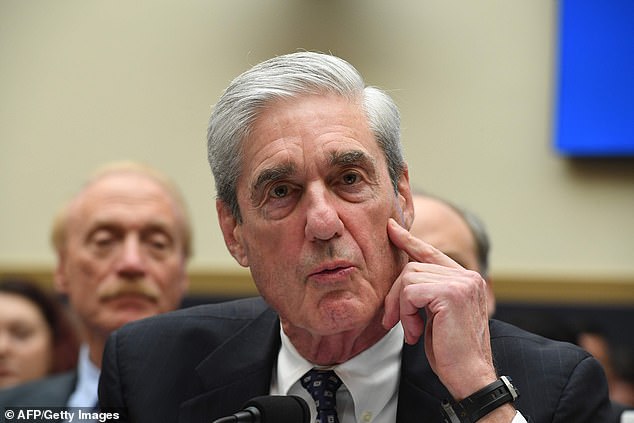 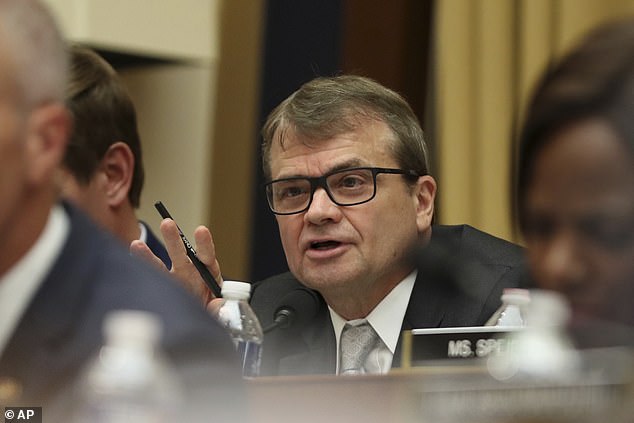 Illinois Democrat Mike Quigley asked Mueller what his thoughts were on Trump’s tweets and Don Jr.’s contacts with WikiLeaks during the 2016 presidential election

‘I’m not certain I would say–’ Mueller tried to defer.

‘How would you react to it?’ the Illinois congressman pressed.

‘Problematic is an understatement in terms of what it displays, in terms of giving some hope or some boost to what is, and should, be illegal activity,’ Mueller offered.

Mueller also agreed that he would likely describe WikiLeaks as a ‘hostile intelligence service,’ and conceded that Don Jr.’s statements likely warranted a separate investigation.

”Donald Trump Jr. had direct electronic communications with WikiLeaks during the campaign period. On October 3, 2016 Wikileaks sent another direct message to Trump Jr. asking ‘you guys’ to help disseminate a link alleging candidate Clinton had advocated a drone to attack Julian Assange,” Quigley quoted from Volume 1 page 59 of Mueller’s 448-page Russia report. ”Trump Jr. responded to that quote ‘he had already done so.”

‘Same question,’ Quigley posed. ‘This behavior, at the very least, disturbing? And your reaction? 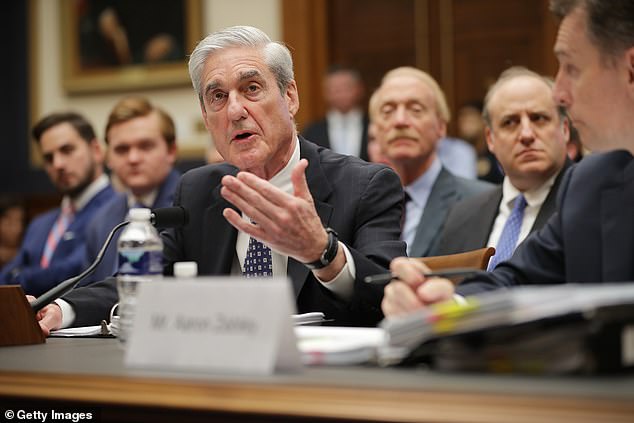 Mueller kept a mostly tight-lipped testimony when answering questions during two committee hearings, but strayed from his normal line of answers for this topic 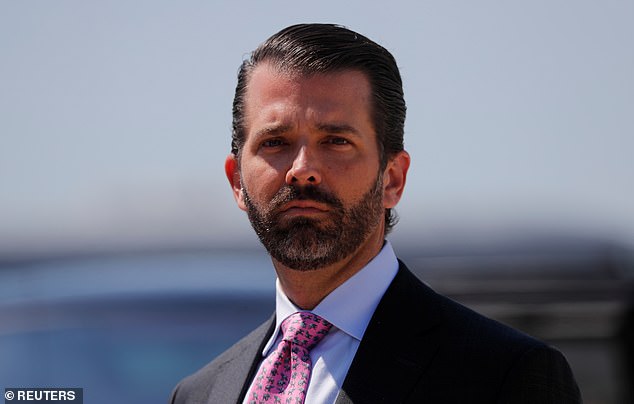 He also claimed Don Jr. speaking with Wikileaks during the campaign was grounds for its own investigation and, when prompted by Quigley, called the action “disturbing’

Throughout his over five hours of testimony, the former FBI chief delivered a series of crisp answers like, ‘yes,’ ‘no,’ ‘true’ and sometimes claiming the question was outside the scope or ‘purview’ of his investigation.

This instance was an exception.

Just months ahead of the election between Trump and Hillary Clinton, and on the even of the Democratic National Convention, WikiLeaks released a trove of information.

'If they will goal President Trump, they will goal you,' lawyer Alan Dershowitz warns
Teacher in Missouri claims he was told not to come back to school
Military women, female veterans are shifting away from GOP
Pelosi dismisses Alexandria Ocasio-Cortez's progressive group as 'like five people' on 60 Minutes
Food Network star Sandra Lee lists the $2million New York home she shared with Governor Andrew Cuomo
Massive waterfront mansion with 13 rooms set to become most expensive home in Palm Beach
Cameron Boyce's The Descendants co-stars talk about his tragic death at age 20
Unemployed man, 28, drives 600 MILES from Washington to get a $20 haircut in California county