WAG Joanna Burgess, 26, is expecting the birth of her third child any day now.

And on Wednesday, the wife of South Sydney Rabbitohs star George Burgess, 27, looked like she was ready to pop.

Joanna – who is 40-weeks pregnant – dressed casually and comfortably for her relaxed Sydney outing with two-year-old son Boston. 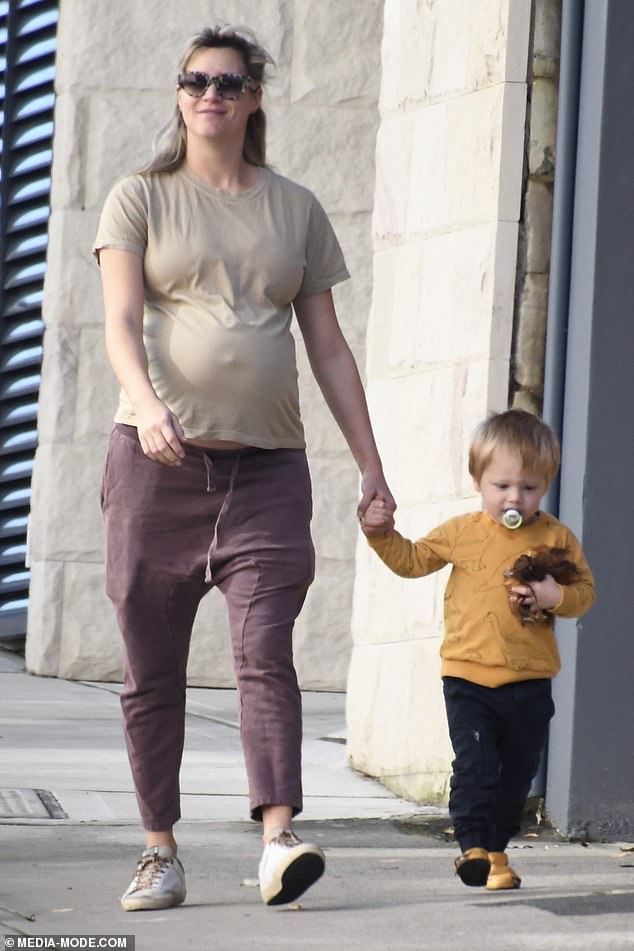 The heavily pregnant mother is sure to give birth in coming days, as she wore loose-fitting clothes over her burgeoning belly.

Joanna’s baby bump was prominently on display under a cream T-shirt.

Joanna appeared to go makeup-free as she ran errands, and covered her face with a pair of stylish shades. 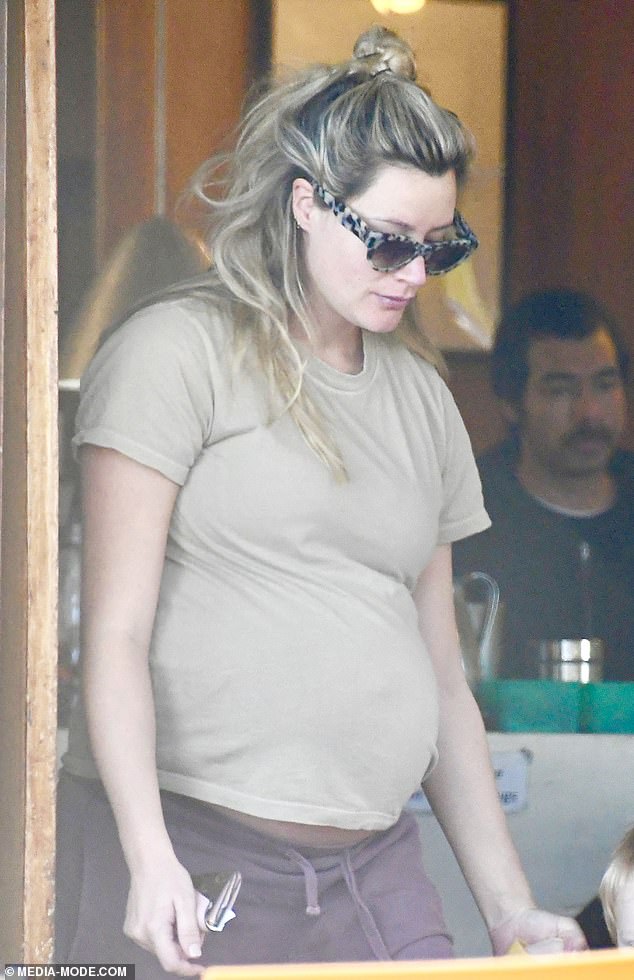 Natural beauty: Joanna appeared to go without makeup as she ran errands, and covered her face with a pair of stylish shades 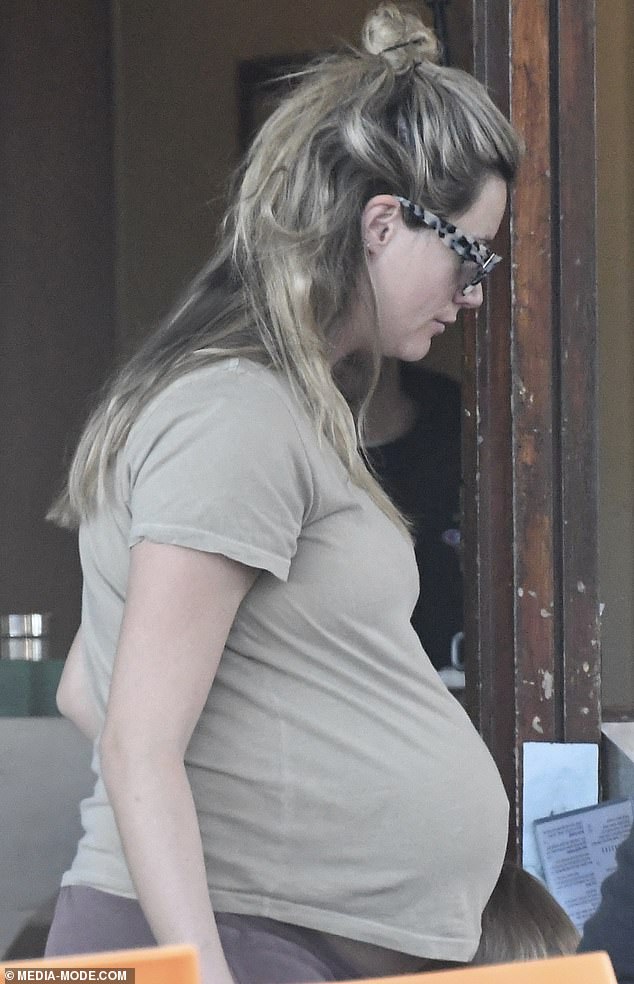 Any day now! Joanna’s baby bump was prominently on display under a cream T-shirt

Her blonde locks were worn in a half-up, half-down look, with her top layer of tresses thrown into a messy top-knot.

The former lingerie model had head out to a local cafe with her son, as he held onto his mother’s hand and carried a cute toy in the other.

Joanna dressed her little boy in a yellow dinosaur jumper and jeans. 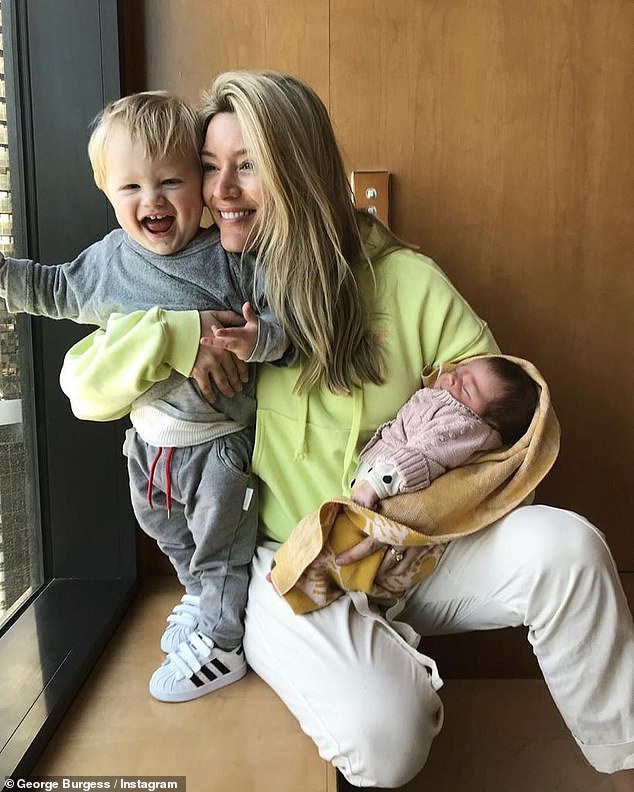 Joanna and George are already the proud parents to son Boston, two, and 11-month-old daughter Birdie.

The couple married in an intimate ceremony in Noosa later that year, with Joanna stunning in a gorgeous Pallas Couture gown. 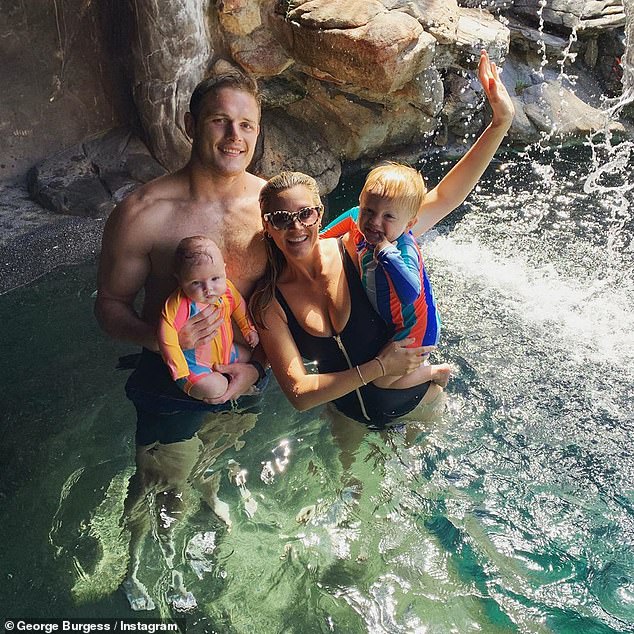 Loved-up couple: George and Joanna became engaged in January 2016 after two years of darting. They wed in December 2016