It is nearly 30 years since she was the first woman to win One Man And His Dog.

Now shepherdess Katy Cropper is to compete again in the sheepdog trials. In 1990, viewers saw her dog Trim help her lift the title after weeks of competition.

This time, Miss Cropper, 58, will be putting Butch, two, and Abi, three, through their paces. ‘I’ll love competing again on One Man And His Dog,’ she said yesterday.

‘But being realistic, because Abi and Butch are so young and inexperienced I reckon my chances aren’t that great. I’m not holding my breath. But I will enjoy it. If we manage to complete the course, I will be ecstatic.’ 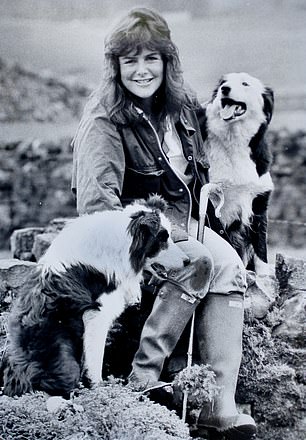 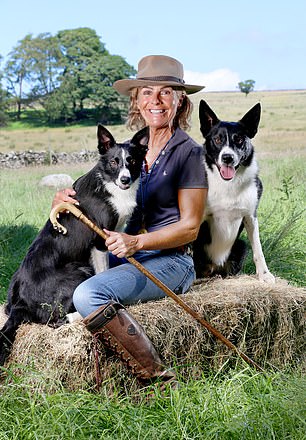 Katy Cropper, pictured on One Man and His Dog in 1990, left, won the competition. Now she is due to return in September on a special edition broadcast during Countryfile

Miss Cropper, who has been married four times, runs a sheepdog training business from the family farm in Shap, Cumbria. Her daughter Henrietta continued the family’s link to One Man And His Dog in 2015, when, aged 12, she was the youngest finalist in the competition’s history, aided by her sheepdog Lad.

One Man And His Dog first aired on BBC2 in 1976. At its peak in the early 1980s, it attracted audiences of 8million. It was axed in 1999 but for the past six years has been an annual special on .

This time, Miss Cropper will be part of an England team competing against handlers from Scotland, Wales and Ireland. The event will be screened on BBC1 on September 22.

Bachelor's Blair Thomas reveals whether Nick Cummins got frisky between the sheets with Cass
Lena Dunham reveals she had her left ovary removed in an emotional post on social media
Children born through IVF are more likely to suffer from asthma
Brazil's Lula gives thumbs up as he leaves prison for his grandson's funeral
Shocking moment Premier League stars are involved in a mass brawl at five-star Ibiza hotel
'A hero until the end': Heartbroken sister pays tribute to murdered officer Andrew Harper
David Pocock has a revealing wardrobe malfunction in the Wallabies' opening Rugby World Cup clash
Tories launch anti-Semitism probe into three candidates