will release her old diary entries with her new album.

The 29-year-old singer is set to drop her new record Lover on August 23 and she has revealed that she will include 120 pages from her personal diaries in four deluxe editions of the album.

She said in an Instagram live video: ‘This is the 13th year of me of putting out albums, which is my lucky number. So I figured we have to do something. I’ve been writing in diaries since I was 13 years old… When I went through them I marked pages what I thought you would be interested in seeing.’ 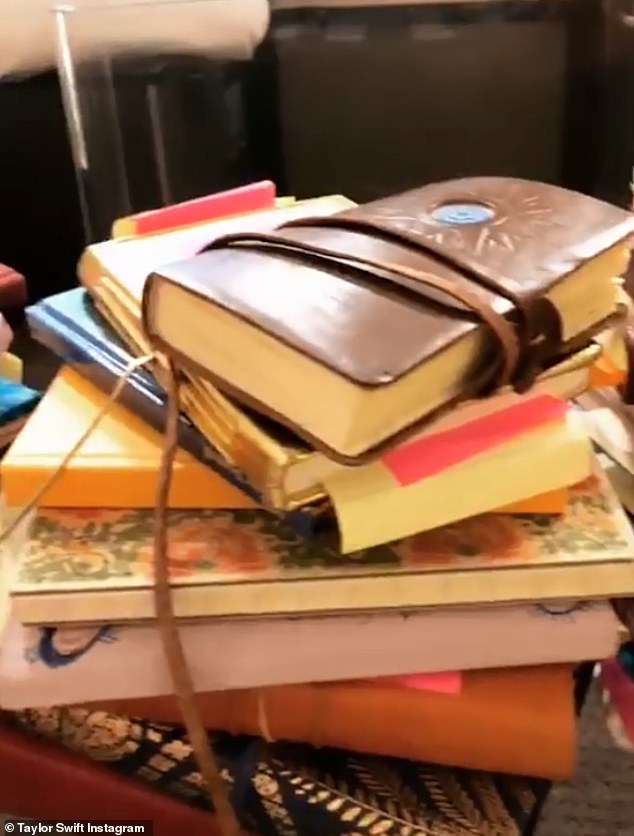 Inside look: Taylor Swift will release her old diary entries with her new album. The pages from her diary will be available in four deluxe editions available at Target on August 23rd

‘It’s everything from being 13 and coming home from a bad day at school to Grammy night to processing my life changing as a teenager.’

Meanwhile, Taylor has just released her new song The Archer, the most personal track off her upcoming album, and she explained that, in keeping with tradition from her previous records, it will be track five on the record.

She said: ‘There’s a lot that’s covered emotionally [on this album] and I really wanted to give you track five before the album came out. Track five is kind of a tradition that really started with you guys because, I didn’t know that I was doing this, but as I was making albums, I was instinctively putting very vulnerable, personal, honest, emotional songs as track five.’ 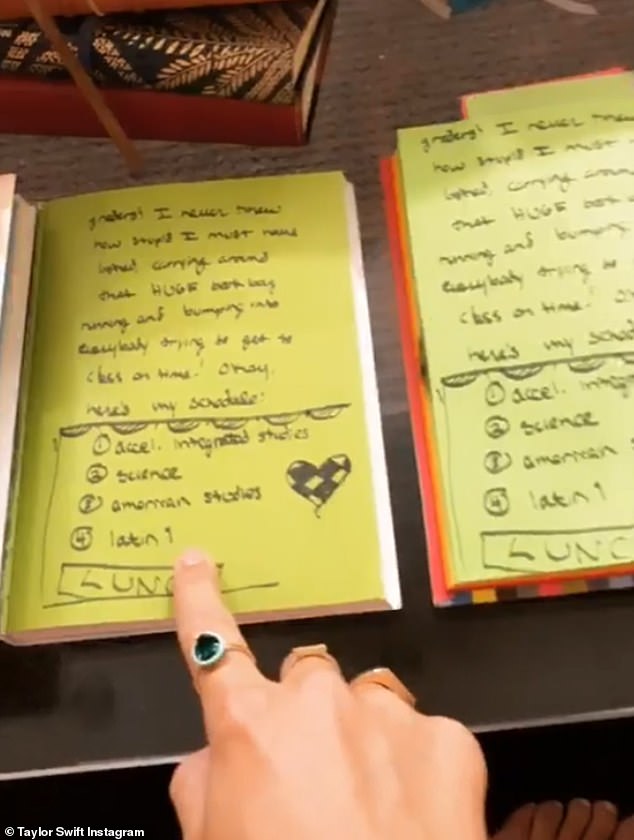 Exact copy: ‘It’s everything from being 13 and coming home from a bad day at school to Grammy night to processing my life changing as a teenager,’ she said on Instagram

The emotional song includes the lyrics: ‘I’ve been the archer/ I’ve been the prey/ Screaming, ‘Who could ever leave me, darling’/ But who could stay? ‘All the king’s horses and all the king’s men/ Couldn’t put me together again/ ‘Cause all of my enemies started out friends/ Let me hold on to you.’

The song was co-produced by Taylor’s longtime friend Jack Antonoff. The two have worked on numerous songs together in the past, and apparently there is more to come in this album.

‘the archer is out. one of my favorite things taylor and i have done together. very simple. juno 6, dx 7 and linn kick. the things she is saying needed to be just held by a big wall of low end and arp. we made this one in california and it all happened in about 2 hours,’ he shared on Twitter on Wednesday. 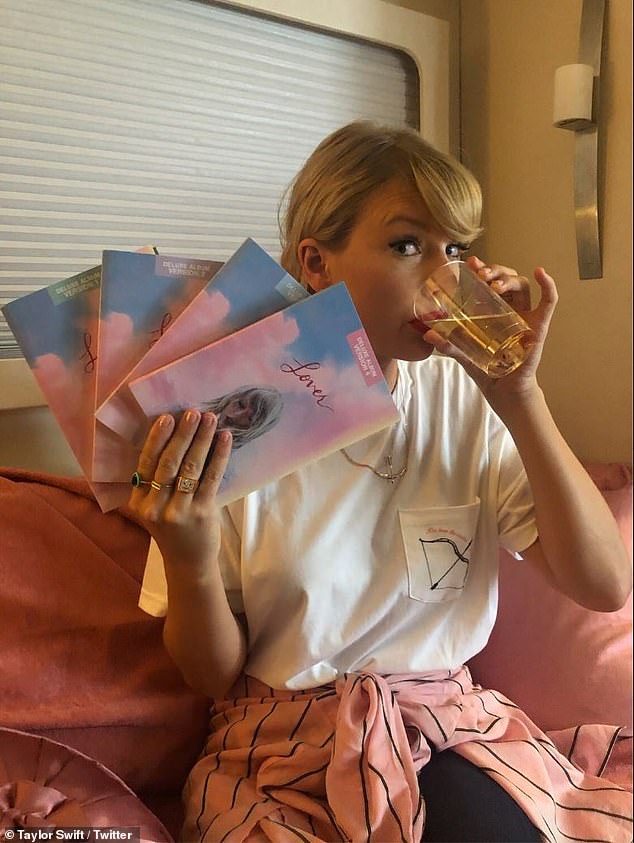 Sipping wine: The star shared a photo of herself on social media taking a sip of her wine while holding up the deluxe editions of her album that will include the excerpts of her diary

Track five from her previous records include her debut album’s Cold as You, Fearless White Horse, Speak Now’s Dear John, Red’s All Too Well, 1989’s All You Had to Do Was Stay and Reputation’s Delicate.

The pages from her diary will be available in four deluxe editions available at Target on August 23rd.

This song is followed by her first two singles ME! and You Need To Calm Down.

Chloe Grace Moretz and Drew Barrymore dazzle at MoMA's Film Benefit in honor of Martin Scorsese
Netflix releases first trailer for Medici: The Magnificent starring Sean Bean
Julianne Moore stuns in a silver sequined gown with a pink shawl at Cannes' 5B premiere
Piers Morgan's son reveals he's hung a HUGE portrait of himself
The Voice reveal why the judges dress in the exact same outfits in every episode
TOWIE's Chloe Meadows shows off her curves in sexy bikini as she soaks up the sun on lavish break
TOWIE: Where are they now? A look at stars' mansions
Amy Hart is spotted canoodling with Strictly Come Dancing pro Giovanni Pernice at the NTAs