Claimants do not need to provide evidence of a conviction, or even the name of an alleged abuser.

Payouts soared by 30 per cent on the previous year, and made up almost half of the overall bill for the Criminal Injuries Compensation Authority (CICA). 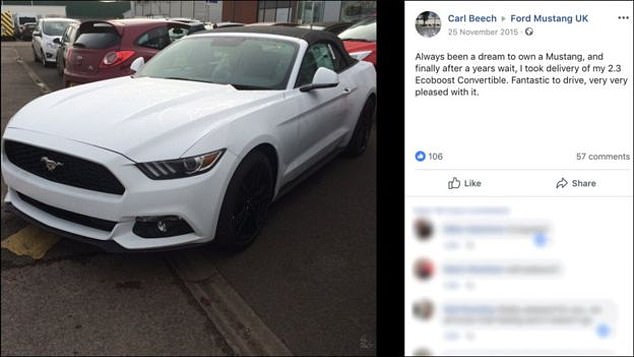 Beech obtained a crime reference number and was eventually awarded £22,000. He used some of the money to buy a convertible Ford Mustang sports car

Critics warned yesterday that the Ministry of Justice scheme is open to abuse, with Tory MP Nigel Evans branding it ‘an invitation to fraudsters’.

Mr Evans, who was falsely accused of rape and lost his life savings defending his case, called on the Government to review the compensation scheme last night.

Beech made his claim to CICA in 2013, soon after police closed an investigation into claims that he had been abused by a paedophile ring involving his step-father and Jimmy Savile.

Both were dead when he made the claim and no evidence was ever found to suggest that Beech had been abused.

Despite this, he obtained a crime reference number and was eventually awarded £22,000. He used some of the money to buy a convertible Ford Mustang sports car.

In the three years following Savile’s death in 2011, 29 claimants received compensation for alleged abuse by the celebrity. In total they received £126,700. Thirty-nine claims naming Savile have been rejected since 2010.

The CICA scheme, which was set up in 1964, is intended to be a last resort for blameless victims who cannot claim damages from their assailant as they cannot be traced – or are unable to pay.

However, the system appears to have been exploited with ease by Beech. To apply for compensation, claimants must have reported the allegations to police and acquired a crime reference number. They are also required to submit the date and location of the alleged crime and the name of their GP. 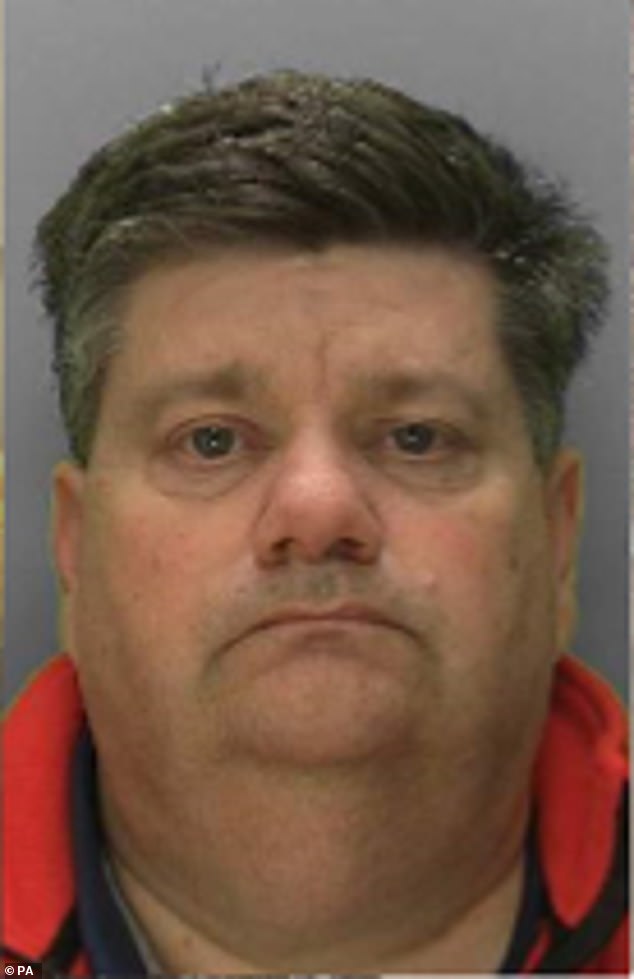 Carl Beech made his claim to CICA in 2013, soon after police closed investigation into claims he had been abused by a paedophile ring involving his step-father and Jimmy Savile

Beech did not do this, but CICA still apologised to him for delays and brought his payment forward after he complained.

Beech, known as ‘Nick’ when he made his complaints to police, was this week convicted of perverting the course of justice and fraud over his lies about a VIP abuse ring.

Mr Evans, the MP for Ribble Valley, said: ‘It cannot be right that taxpayers’ money is being paid out without proper scrutiny and without any supporting evidence which would stand up in court.’

In 2017, police were accused of opening the ‘compensation floodgates’ by recording 26 abuse claims against former prime minister Edward Heath as ‘crimes’, despite no proof of guilt. Beech’s award was made while other legitimate claimants struggle to obtain proper compensation. 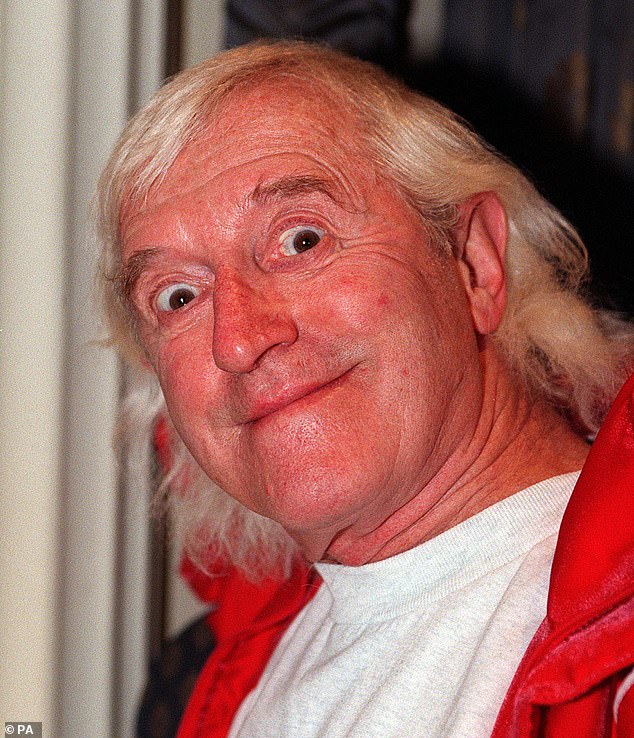 In the three years following Savile’s death in 2011, 29 claimants received compensation for alleged abuse by the celebrity. In total they received £126,700. Thirty-nine claims naming Savile have been rejected since 2010

One woman who suffered horrific injuries in the Manchester Arena terror attack, leaving her with post-traumatic stress disorder, was offered just £13,000 – just over half as much as Beech.

Last year justice secretary David Gauke ordered a review of CICA to ‘improve access to compensation’ for victims of crime including sexual abuse, amid claims they were being unfairly denied payouts.

A Ministry of Justice spokesman said: ‘Compensation is awarded for the mental and physical injuries people sustain from violent crime. Sometimes an award is given even if police haven’t been able to find or charge a culprit, but only when there is a police report and sufficient evidence. False claims are rare but if they occur we work closely with the relevant authorities to seek prosecution.’

Of CICA, a spokesman said: ‘Our compensation schemes do not require that an applicant provides the name of an offender when applying for compensation.

‘In many circumstances the perpetrator is unknown to the victim. Also, it is worth highlighting that a conviction is not necessary when considering compensation awards.’

Kate Hudson steps out in onesie as Bradley Cooper wears a dog costume
Park ranger who took selfie with gorillas reveals they 'like to mimic everything'
Teenage murderer 'escapes prison after switching places with his twin brother during visit'
Teenage boy 17 pleads guilty to murdering lawyer Peter Duncan in Newcastle with screwdriver
Giant glasses and lederhosen at the ready as Oktoberfest kicks off in style in Munich
Swansea Council pulls Roy Chubby Brown gig because comic 'doesn't reflect' its values
Boxing Day sales slump: Footfall at top High Street stores was down 10 per cent on last year
Grouper fish watches RuPaul's Drag Race during lockdown to stop it getting lonely