Former defence secretary Gavin Williamson has been seen arriving at a meeting with as the new prime minister begins to select his cabinet.

Mr Williamson, who was sacked by over a national security leak, was pictured arriving for dinner in central this evening.

He was seen attending the private reception alongside his wife as Mr Johnson also arrived for the summit.

Remainer Mark Spencer, who was confirmed as his new chief whip, was seen entering the Browns Hotel in Mayfair. 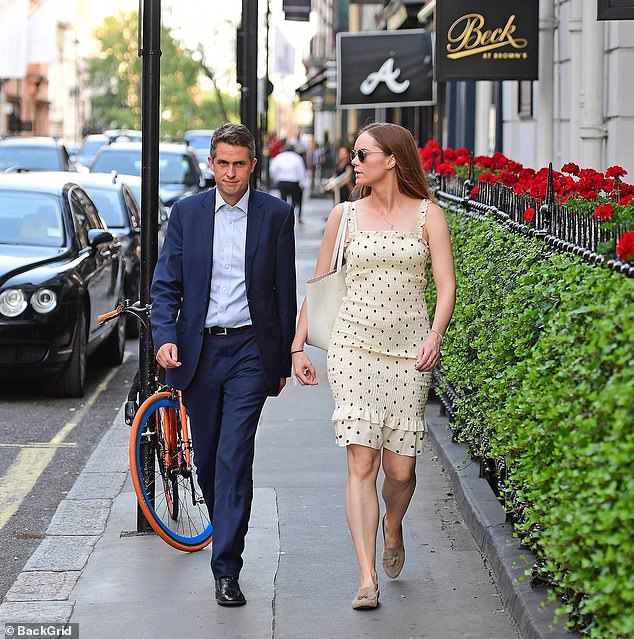 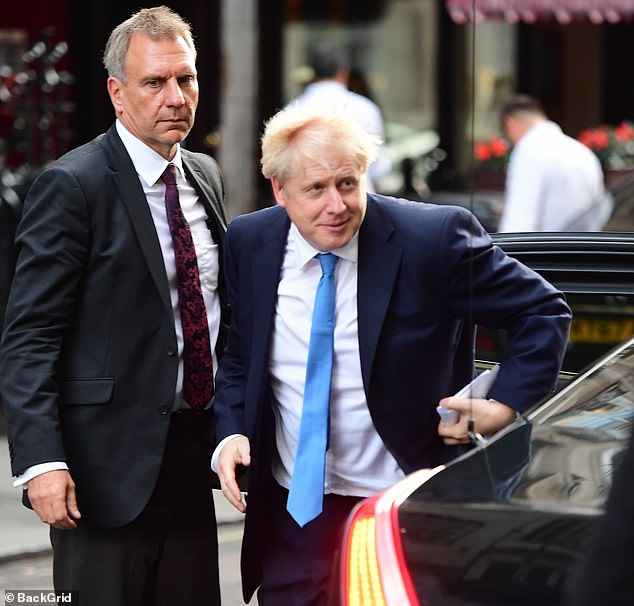 Boris Johnson arriving for the summit with his supporters at the five-star Browns Hotel in Mayfair, central London, as speculation grows over his cabinet picks

Mr Williamson is set for a return to the political front line after orchestrating Mr Johnson’s campaign and whipping up support among MPs.

Ex Tory Party leader Mr Duncan Smith could also make a comeback after playing a key role in the Johnson push for Number 10.

Speculation has been growing over who will form Mr Johnson’s new cabinet after he won a run-off to be crowned the Tory leader earlier today.

Current Home Secretary Sajid Javid, Liz Truss and Matt Hancock are thought to be battling it out to become the next Chancellor.

Andrea Leadsom is also said to have wanted the top treasury job. Mr Hancock could be handed the job of foreign secretary if he is not made Chancellor.

Philip Hammond met with Mr Johnson today but is said to have not backed down from his opposition to a No Deal Brexit. 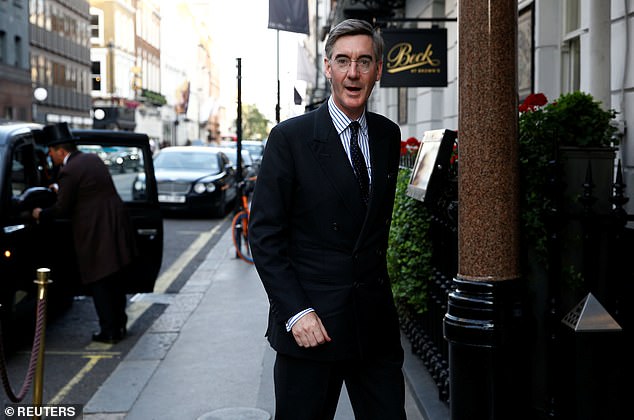 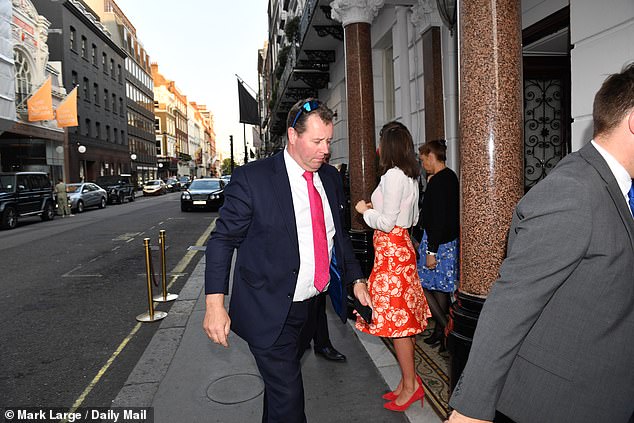 Fellow Remainers Rory Stewart and Dominic Grieve have also criticised Mr Johnson during his leadership campaign and stayed away from the he backbench 1922 committee meeting tonight.

Former Brexit secretary Dominic Raab is also expected to join the cabinet after he backed Mr Johnson when he dropped out of the race to become PM at an early stage.

Jacob Rees-Mogg, a leading supporter of Mr Johnson, yesterday said Mr Hunt had no right to expect a top job in Johnson’s cabinet.

Around half-a-dozen ministers said they will resign rather than serve under Mr Johnson over his hardline stance on a No Deal Brexit. 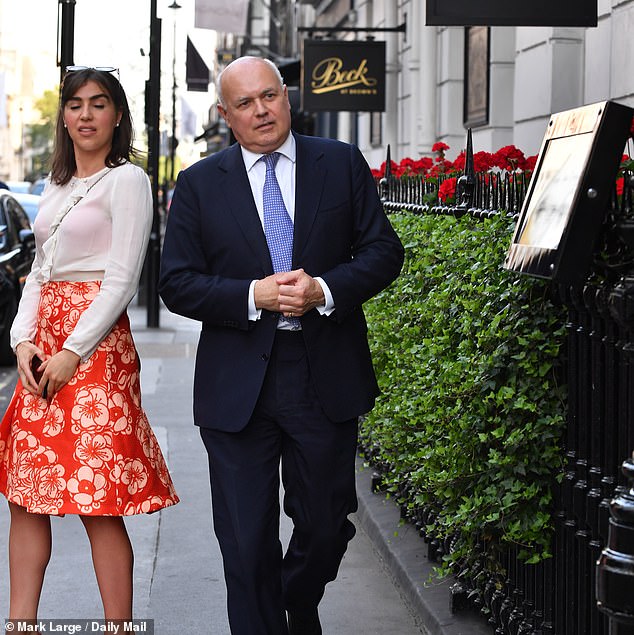 Education minister Anne Milton quit minutes before Mr Johnson’s coronation, saying she had ‘grave concerns’ and could not fall into line.

Mrs May’s deputy David Lidington, the business secretary Greg Clark and the Northern Ireland secretary Karen Bradley are expected to be demoted to the backbenches in the reshuffle.

Convention states the losing leadership candidate of a new PM is handed a cabinet position, meaning Mr Hunt is likely to stay in the top team.

But it is thought he will to keep his job as foreign secretary- a role Mr Johnson is said to want filed by a Brexiteer.

Tomorrow Theresa May will hold her final Prime Minister’s Questions at lunchtime, before heading to Buckingham Palace to formally resign as PM.

The Queen will then send for Mr Johnson and invite him to form a new government.

He will then arrive at Downing Street at around 5pm and deliver a short speech.

Mr Johnson is likely to then make the first few appointments to his cabinet.