Shoppers at Bristol Farms in Los Angeles couldn’t take their eyes off of Four Seasons falsetto singer Frankie Valli as he was spotted pinching summer peaches for freshness at the Woodland Hills grocery store on Monday.

A shopper told DailyMail.com the 85-year-old loaded up on all sorts of fruits and veggies.

‘Maybe that’s his secret to looking so good at his age? Whatever he’s doing he seems to have found the fountain of youth. He even still has a full head of hair,’ they said.

This obviously wasn’t his first trip to the store, which is located 10 miles from his six-bedroom, eight-bath 6,700 square foot, $4.3 million home in Encino. 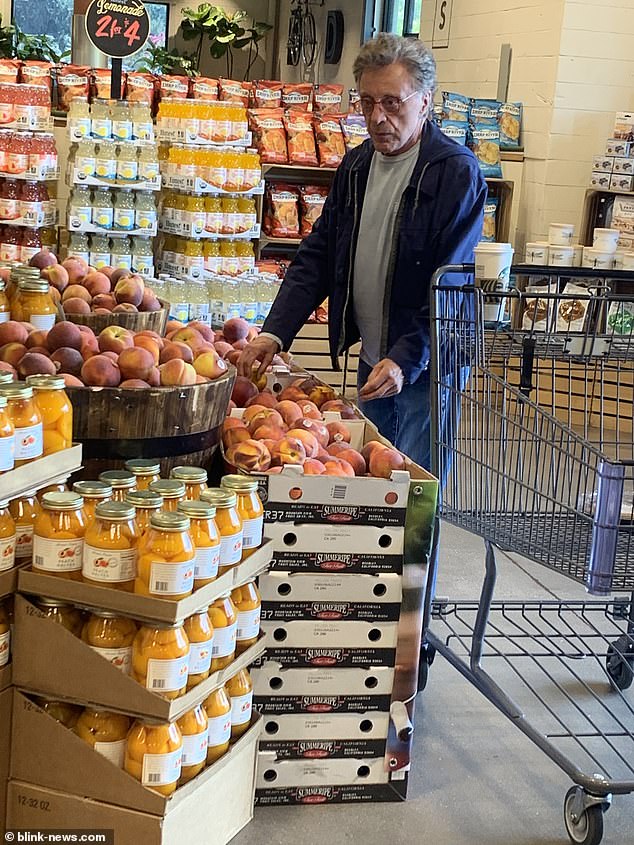 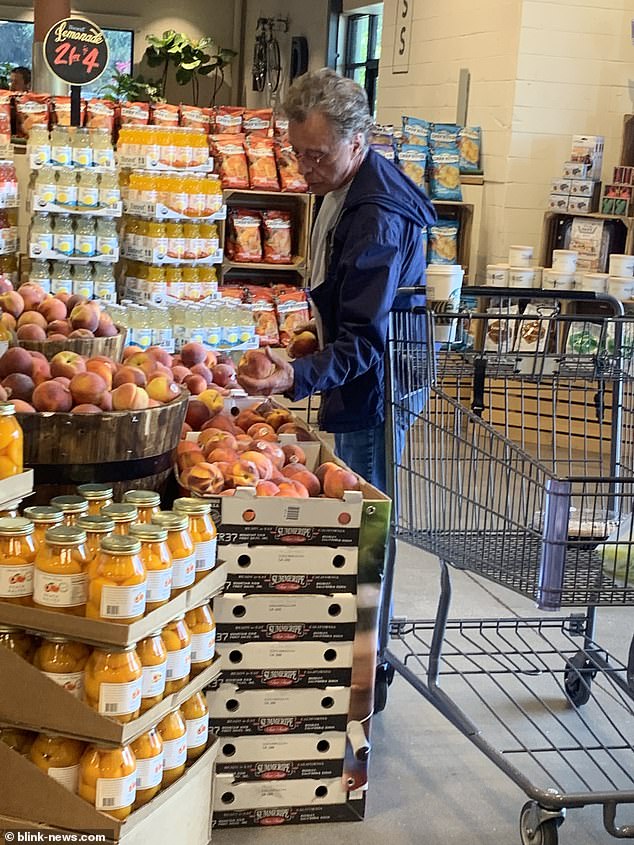 A  grocery store patron told DailyMail.com: ‘We should all look so good and have as much energy as he does at 85. I know quite a few shoppers followed his lead and loaded up on peaches’ 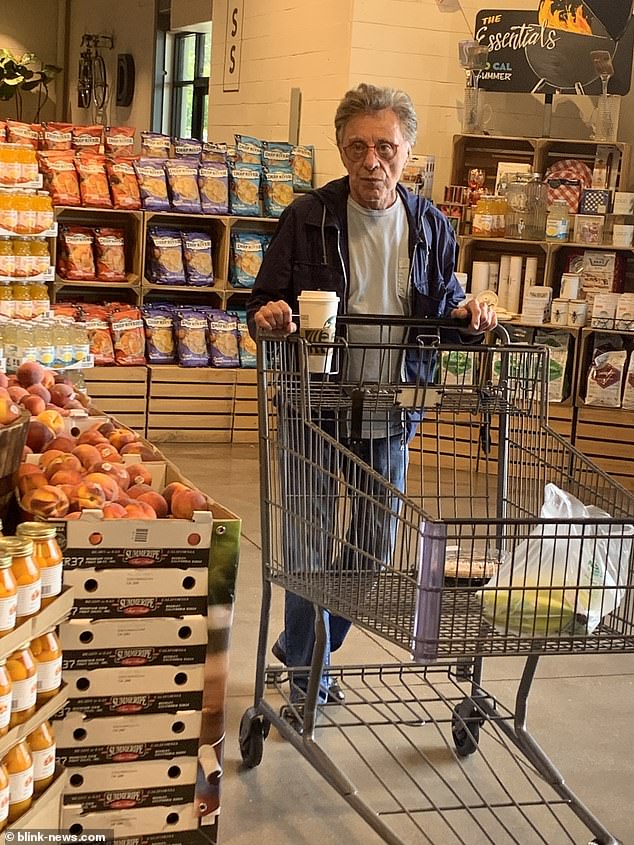 The octogenarian celebrated his birthday on May 3, but shows no signs of slowing down. The 5’5′ entertainer, once the Four Seasons lead singer, has more than 20 concerts scheduled in the next five months

The grocery store eyewitness told DailyMail.com: ‘We should all look so good and have as much energy as he does at 85. I know quite a few shoppers followed his lead after seeing his cart and loaded up on peaches.’

‘Frankie must be a regular, he seemed to know all of the produce clerks. They were chatting him up and suggesting items,’ the source added. 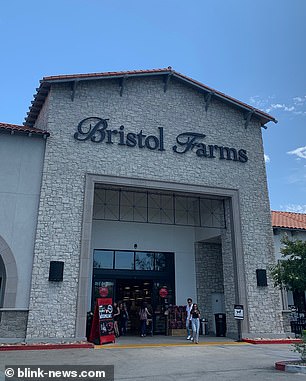 This obviously wasn’t his first trip to the store, which is located ten miles from his $4.3 million home in Encino

The octogenarian celebrated his birthday on May 3, but shows no signs of slowing down. The 5’5′ entertainer has more than 20 concerts scheduled in the next five months.

It would be hard to find someone who wasn’t familiar with Valli and his body of work.

In 2005 his life and legacy were turned into the hit Broadway musical Jersey Boys.

Valli remembers being inspired by Frank Sinatra at age seven when his mother Mary took him to a concert.

He later changed his last name to the easier to pronounce ‘Valli.’

Turmoil at his record company in the late 1960s had him releasing songs under different names, such as The Wonder Who?, Valli Boys, and Frankie Valli (solo). The era generated such memorable hits as Can’t Take My Eyes Off Of You, and C’mon Marianne (1967). 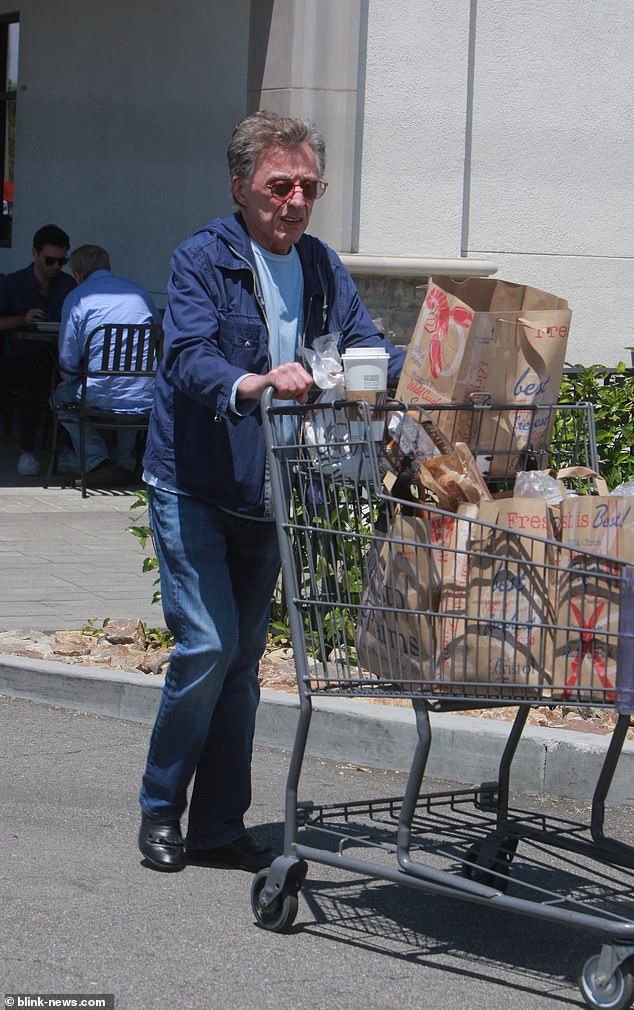 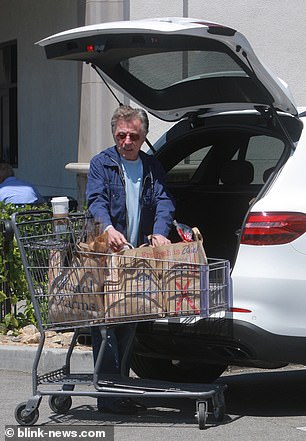 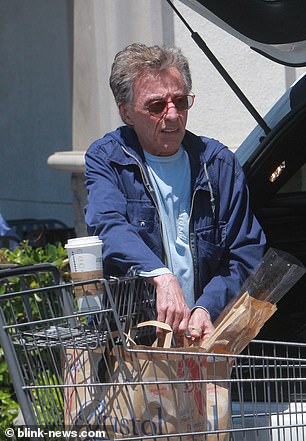 Frankie’s shop done, he loads up his Mercedes with bags of produce. He lives in nearby Encino 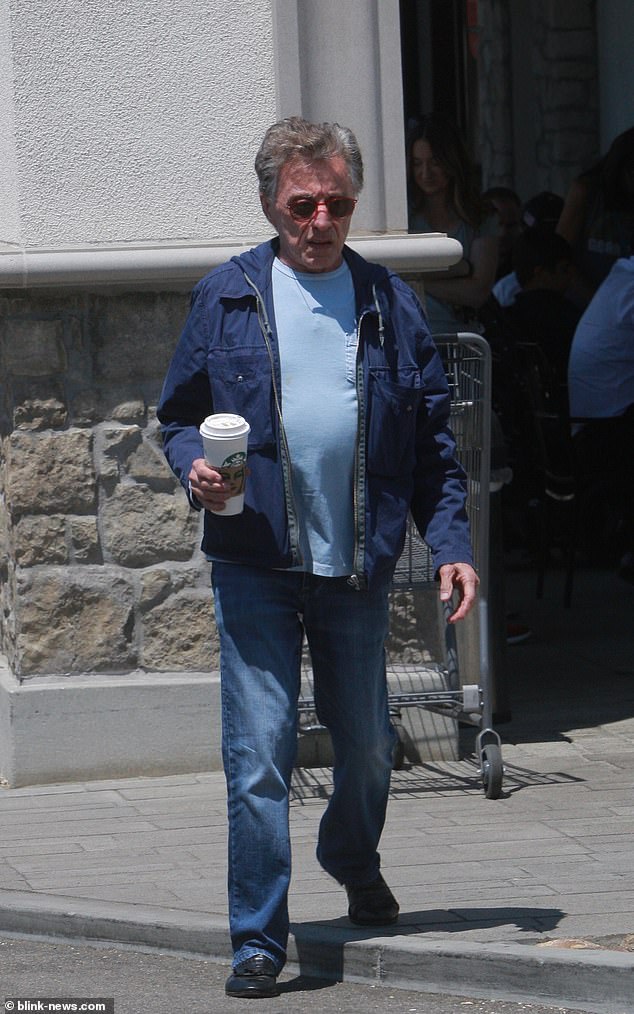 What a good guy! The icon brings his cart back to the front of the store 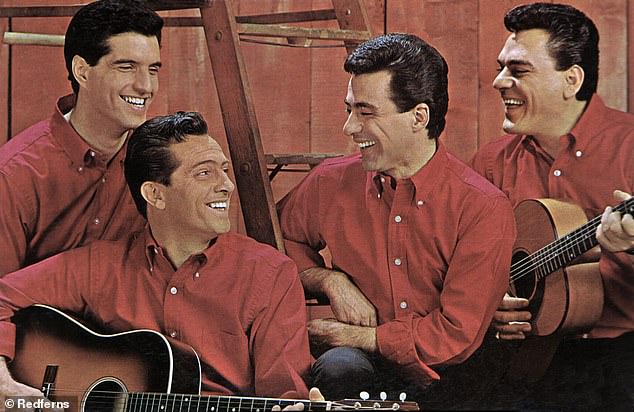 The Four Seasons – (from left) Bob Gaudio, Frankie Valli, Bob Gaudio, Tommy De Vito and Nick Massi had a string of huge hits in the 60’s

The Four Seasons fifth and last number one song was December 1963, also known as Oh What A Night, released in 1976.

Valli’s solo career is marked by such hits as My Eyes Adored You’ (1974), Swearin’ To God, Our Day Will Come (1975), and most notably Grease (1978), which was a number one hit for the film that became the highest grossing musical in cinematic history.

In 1990, the Four Seasons’ legacy was cemented with the band’s induction into the Rock and Roll Hall of Fame.

Valli has had his share of heartbreak. His three marriages ended in divorce. In 1980  stepdaughter Celia died after slipping off a fire exit  and his daughter Francine died of a drug overdose four years later.

Warriors' Curry pleads with all males - NOT simply fathers - to start out caring about gender equali...
Betty White gets standing ovation when honored at Emmys 2018
Former Playboy Bunny who refused chemotherapy is using CANNABIS oil to treat her brain cancer
Transgender Facebook engineer quits after being harassed
Migrants are still freely crossing from Guatemala into Mexico by paddling across a river
Donald Trump challenger Joe Walsh said he could pick a DEMOCRAT as his vice president
Family sues DEA and TSA after Pittsburgh man's $82,000 life savings were seized at airport
Basketball announcer is removed from girls' game, calls the opposing team's names 'disgusting'