Eurostar passengers have been forced off a train in scorching heat after an overhead power supply failure in Belgium.

Travellers said they were stuck in 104F heat with no air-conditioning after the high-speed train came to a stop near Halle, before they were finally evacuated at the side of the track.

The rail firm has promised to send a rescue train to pick them up but passengers said they had been waiting two hours to be rescued.

‘Babies are ill, people are fainting. We were promised a rescue train. It’s been two hours,’ said one furious customer, comedian Katy Brand. 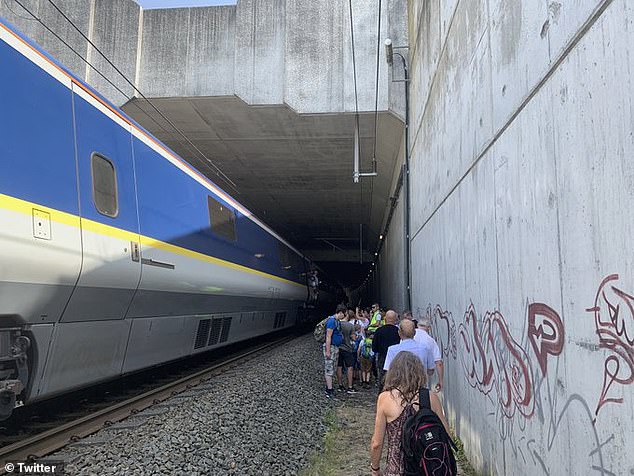 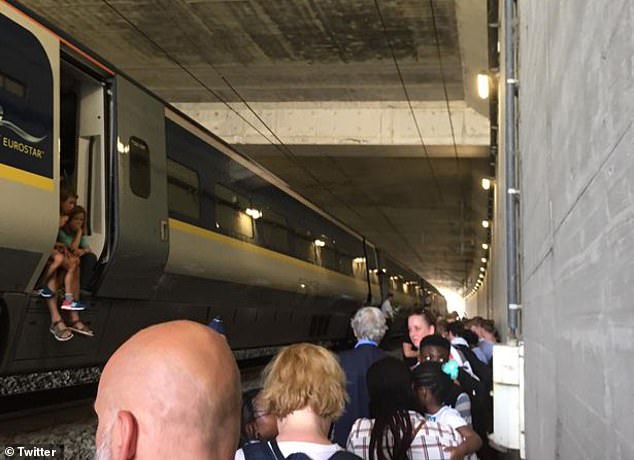 Passengers shelter under a bridge, some of them sitting on the steps of the high-speed train, after it came to a stop in Belgium

Pictures showed passengers sheltering under a bridge in Belgium after the high-speed train was evacuated.

Eurostar says they will be taken back to Brussels-Midi station and rail staff have promised to ‘take care of them’ when they are back in the Belgian capital.

At least two trains have been cancelled and Eurostar is telling passengers ‘not to travel unless necessary’ on the Brussels route.

Sales on the route have been closed and passengers at London St Pancras also voiced their anger after their trains were affected by the disruption in Belgium. 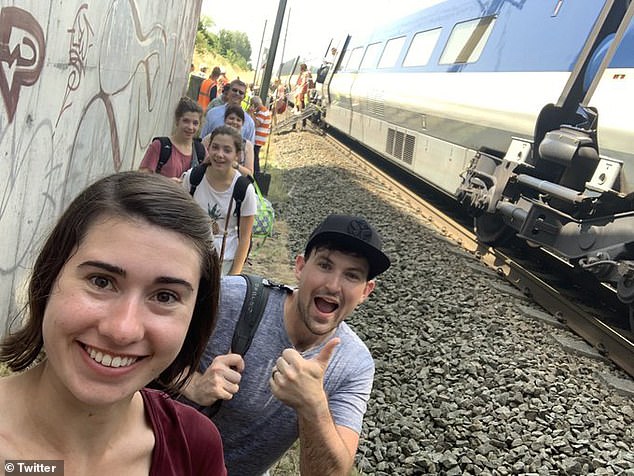 ‘We apologise for the inconvenience and we thank you for your patience,’ a statement on Eurostar’s website said.

‘We expect traffic to resume later but we expect significant delays. We’re advising people not to travel unless necessary and offering free exchanges on their tickets or refunds,’ the rail firm said.

No reason has been given for the power failure, but the high-speed trains draw electricity from overhead power lines which could have been damaged.

Trains between London and Paris are not believed to be affected.

Gold stalls as robust greenback weighs
Grenfell Tower fire survivors join victims' families to remember 72 who died
Britain will step up trade negotiations with the US warns Raab
Hong Kong firm makes £31.6bn takeover bid for London Stock Exchange
Britain loses more than 140MILLION working days every year to illness
Why you need to wash phone every time you put it down and how to clean device during coronavirus
Dominic Raab deputises as PM as Boris Johnson in intensive care
Is the Union Flag on Boris' plane upside down?