Sri Lanka customs Tuesday ordered the return of container loads of hazardous mortuary and clinical waste illegally imported into the island from Britain under the cover of metal recycling.

Customs officials said the racket dating back to 2017 was uncovered after the Colombo port complained last week that an importer had abandoned 111 containers which were emanating a huge stink.

A total of 241 containers had been imported since 2017 and 130 of them had been taken to a free-trade zone ostensibly for recycling and re-export, customs spokesman Sunil Jayaratne. 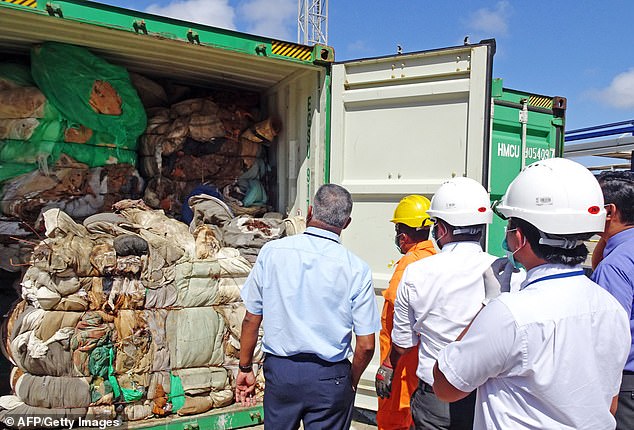 Customs officials inspect the load of a container at a port in Colombo, Sri Lanka on July 23

‘We are taking immediate action to order the re-export of the 111 containers abandoned at the port,’ Jayaratne said.

‘The other 130 which had already been cleared from the port will be dealt under environmental and other laws.’

He said the 130 containers were stuffed with used mattresses and plastic and clinical waste imported in violation of international laws governing the shipping of hazardous material.

A Sri Lankan businessman who imported the containers would be liable for criminal prosecution if he failed to re-export them to Britain, from where they originated, Jayaratne said.

An official at the finance ministry, which is responsible for the customs department, said it would take up the issue with British authorities for exporting hazardous cargo without first checking if Sri Lanka was willing to accept it. 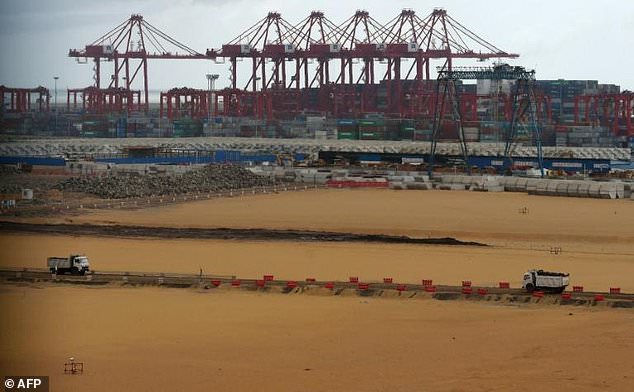 ‘This is a well-organised racket that has been going on since 2017,’ said the official, speaking anonymously because he was not authorised to talk to the media.

The 111 containers are believed to contain mortuary waste including human organs and had been unloaded and exposed to the elements for the past two years.

The 130 containers taken to a free-trade zone near Colombo International Airport were contaminating water and polluting the air in the area, he said.

Sri Lanka’s pushback on imported trash came as Indonesia and the Philippines returned shipments of foreign rubbish to their originating ports.

Indonesia announced two weeks ago it was sending more than 210 tonnes of garbage back to Australia and Canada has agreed to accept 69 containers of rubbish it had shipped to the Philippines between 2013 and 2014. 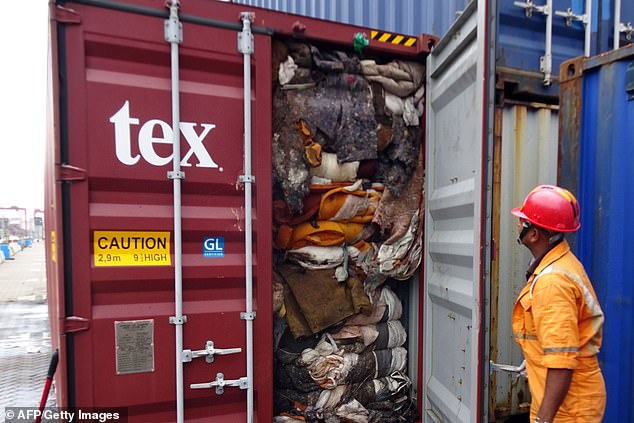