is auctioning pricey gems, including a $155,000 men’s diamond watch, that once belonged to the country’s most dangerous cartel members.

The Ministry of Finance and Public Credit introduced 148 lots complete with 2,000 items that include diamond-encrusted earrings, watches, bracelets, chains  and other luxurious accessories that were seized during raids in years past.

The auction, which opened July 15 and runs until July 25, is being held at Los Pinos, the former presidential palace in Mexico City that has been turned into a museum and cultural venue ever since leftist president Andrés Manuel López Obrador entered office in 2018. 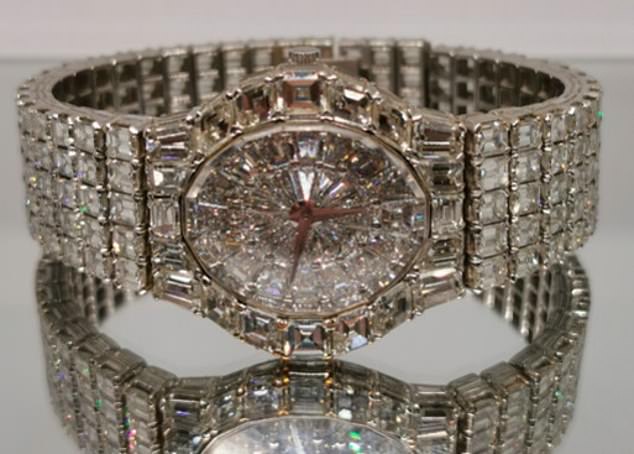 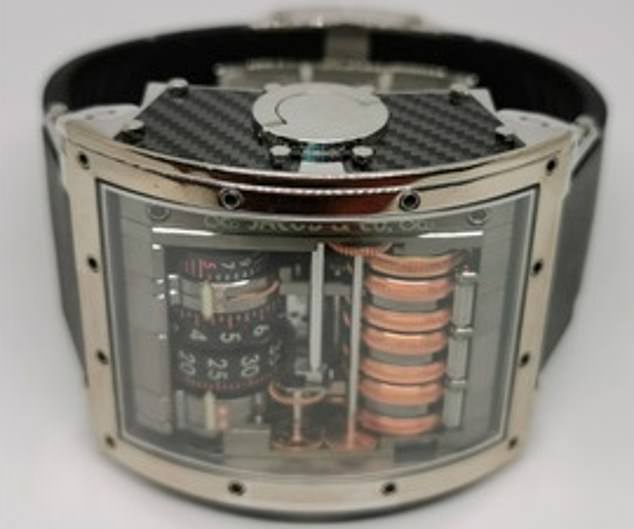 Luxurious goods seized from cartel members in Mexico are being auctioned in Mexico City with the proceeds to be donated to poor communities in the state of Michoacán. This men’s  Jacob & Co. watch (pictured) is worth $62,000 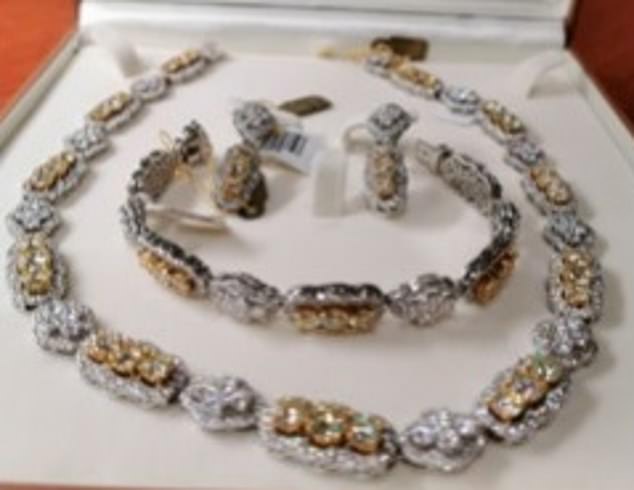 The third most expensive item being auctioned by the Institute to Return Stolen Goods to the People is a women’s set that includes platinum earrings, a choker and bracelet starting at $49,000

The luxury goods are being auctioned to raise money for poor communities in the state of Michoacán. The government is looking to raise as much as $2 million. 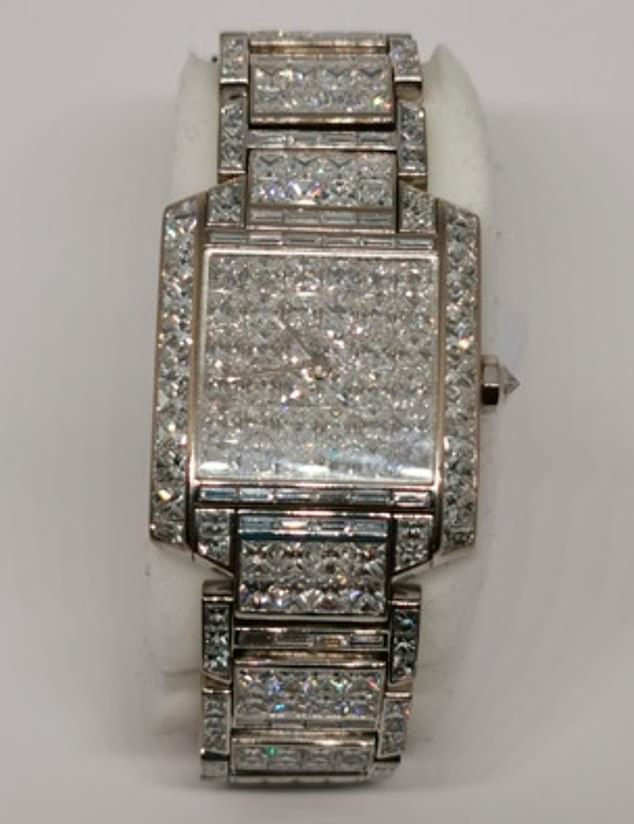 Among the 2,000 jewelry pieces being auctioned is a women’s Cartier watch (pictured) valued at $47,000 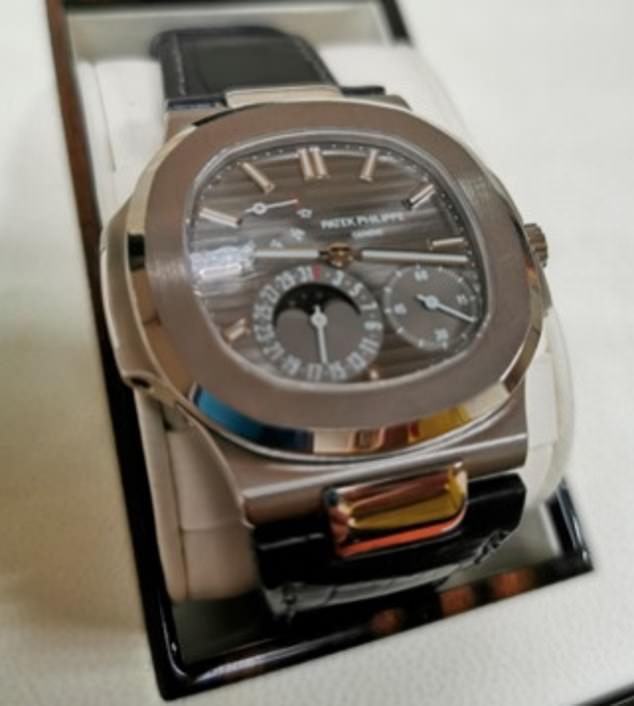 The seized bling is sold through the Institute to Return Stolen Goods to the People, which Andrés Manuel López Obrador created. A Patek Philippe timepiece (pictured), one of the many seized from dangerous cartel members, has a starting auction price of $44,000

Other valuables confiscated from the criminal organizations included a platinum matching-set containing a women’s earrings, a choker and bracelet going for $49,000. There’s also diamond-encrusted Cartier women’s watch listed at $47,000 and a men’s Patek Phillipe watch with a starting auction price of $44,000.

The least expensive item being auctioned is a women’s Gucci watch listed at $535.

The seized bling is sold through the Institute to Return Stolen Goods to the People, which López Obrador created. The agency auctions real estate and jewelry, mostly confiscated from criminals or in tax cases.

In May, $1.5 million was made from the sale of 82 vehicles. A Ford Shelby, that once belonged to a close ally of Joaquín ‘El Chapo’ Guzmán, was purchased for $99,745. A Lamborghini Murcielago fetched $93,000 in the auction.

In June, the Mexican government held an auction on to sell off properties seized from notorious cartel leaders and drug traffickers, and raised $2.6 million.

A luxury home located in Metepec, Mexico State, was the highest selling at $1.098 million after it originally posted for $1.152 million.

Mexico is also in the midst of seeing how it can recoup all of Joaquín ‘El Chapo’ Guzmán’s fortune that has been valued at $14 billion by the United States government.

Last Thursday, López Obrador argued that the funds should be returned to El Chapo’s home country of Mexico.

He also demanded that the US return the assets they had already seized from the gang leader. 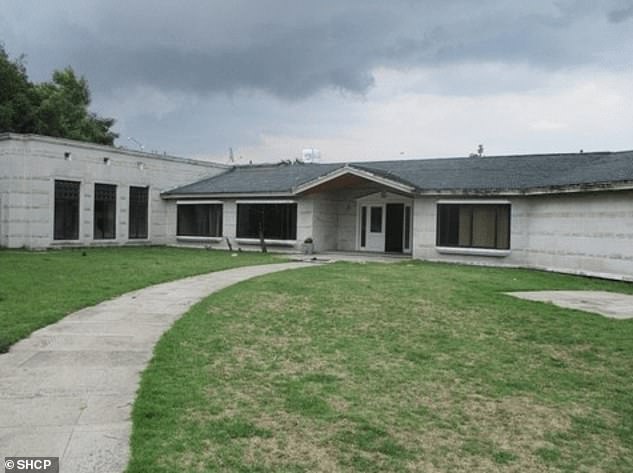 A mansion in Metepec, Mexico State, was the highest selling at $1.098 million after it originally posted for $1.152 million in June

Looking for a new owner: People look inside a 2007 Lamborghini Murcielago which was auctioned off in May for $93,000 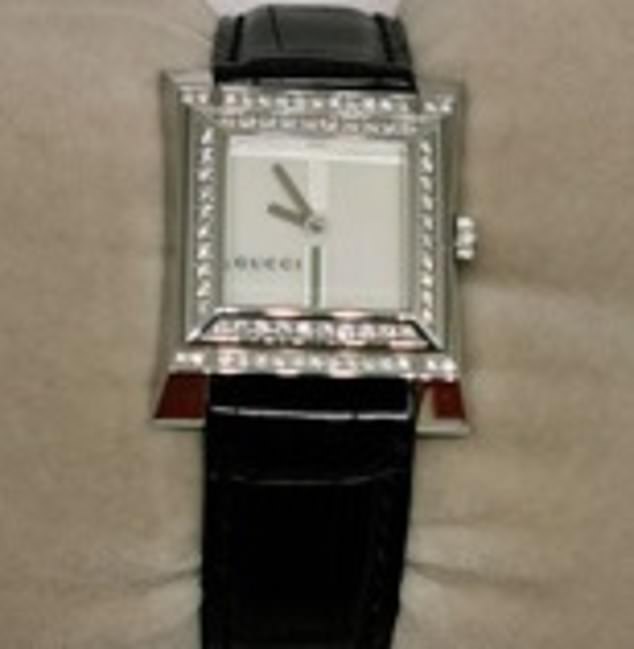 Spain hits 108F however specialists say Europe will NOT have hottest day EVER at the moment
Royal tour: Meghan Markle wears necklace made from pasta and ribbon
Heartwarming moment restaurant staff surprise coworker with new car after his was stolen from work
Jussie Smollett's neighbor says she saw a 'redneck' with a rope outside his apartment before attack
Australian mum has revealed her genius hack for reviving drooping house plants
TV show cracks myth happy hens lay eggs with 'sunnier' yolks by revealing chickens are fed PAPRIKA
More than 300 tornadoes are reported across the US in just 12 days
PICTURED: Diver who lost his arm when he was struck by a boat in Florida is identified