The totalitarian was seen walking ahead of his officials before addressing them as they took notes from the so-called Supreme Leader.

His media outlet claims that a submarine was built under Kim’s ‘special attention’ and will be operational in the East Sea, also known as the Sea of . 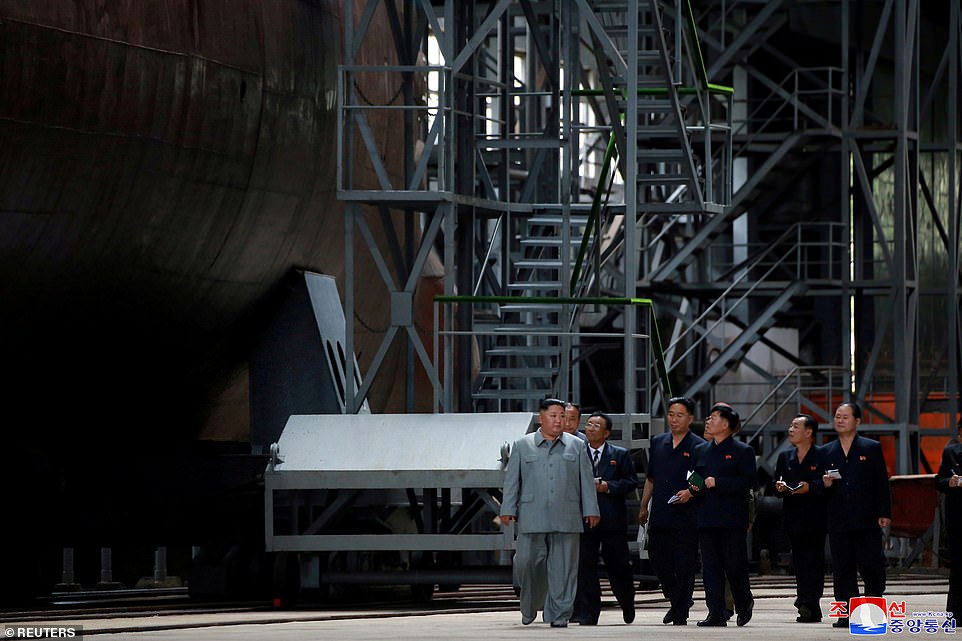 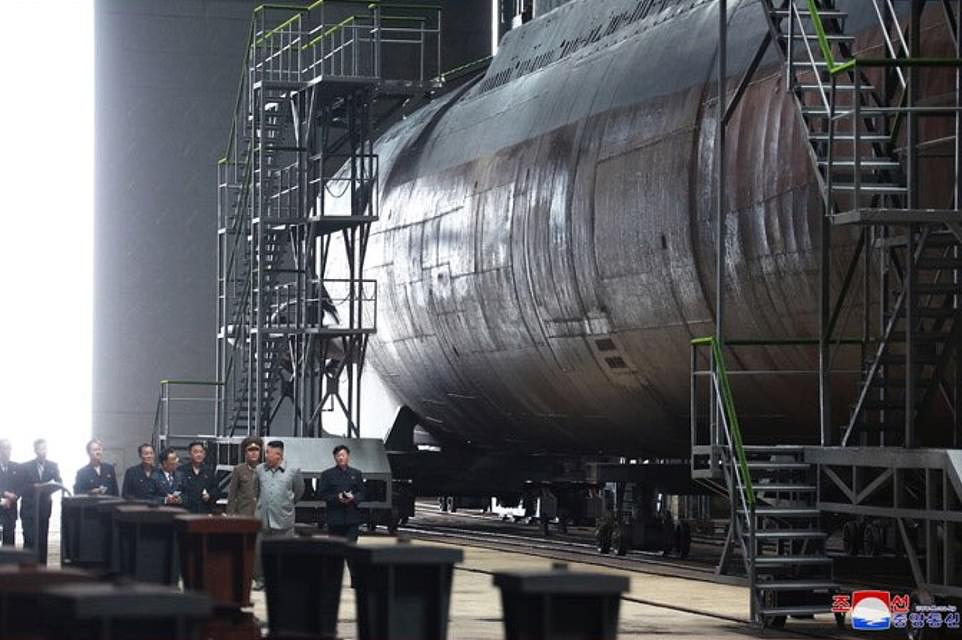 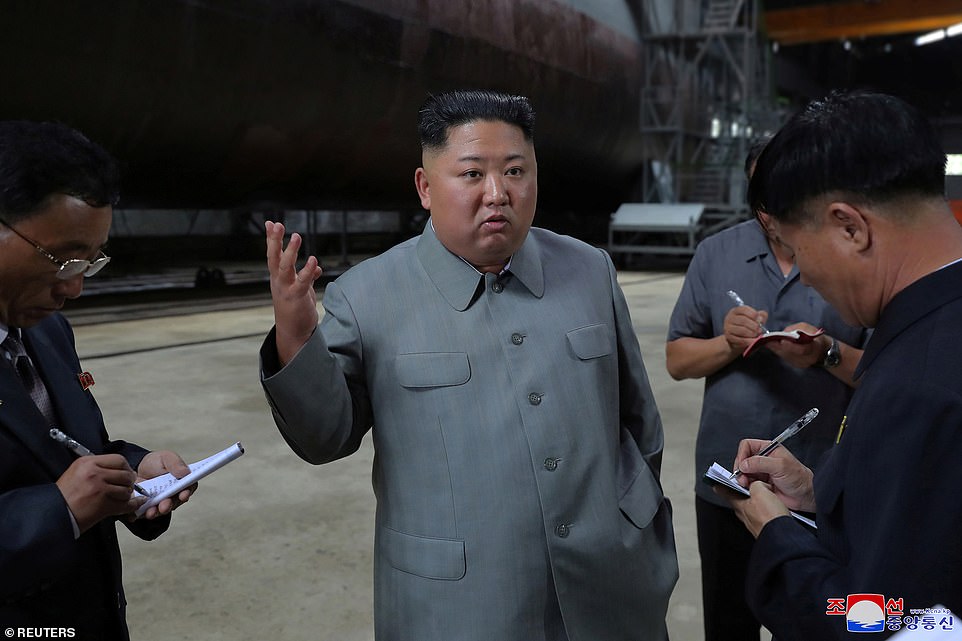 Senior officials of the Party Central Committee as well as national defence chiefs joined him at the site, according to the Korean Central News Agency (KNCA).

The KCNA did not describe the kind of weapons systems the submarine contained or when the inspection took place. Kim showed great satisfaction with the construction of ‘our kind of powerful submarine’, it said.

‘In a country where the country’s east and west is surrounded by the sea, the operational capability of submarines is an important component of national defence,’ Kim said.

North Korea ‘should continue to develop our national defence capability by putting great efforts in developing naval arms equipment, including submarines’, he said.

Police examine Sikh beating, racist scrawl as hate...
Kanye West trades jackets with a fan as he attends Ralph Lauren anniversary bash during NYFW
Motorists could be charged £1,000 to park at work as councils battle against pollution in cities
Reebok charging ten times more for Victoira Beckham collection
Scientists warn insects could be extinct 'within a century'
Besotted prison officer, 25, plotted to smuggle steroids into jail for crack dealer
Five former Scotland Yard chiefs band together to warn public have lost confidence in the police
Dissident Irish Republicans 'plotted to blow up lorry due to cross the Irish Sea on Brexit day'