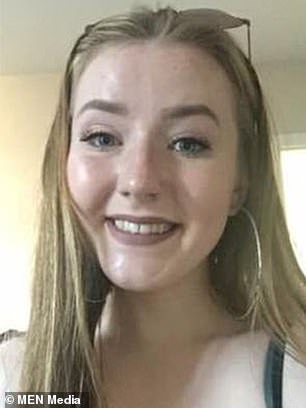 A ‘bright and strong-willed’ teenager was found hanged in the woods after marking the date of her death on her calendar, an inquest heard.

Alicia Sidebotham, 19, took her own life after leaving notes to her family saying ‘she was going to die anyway’, so there was no point being alive.

She was ‘determined’ to plan her death, despite having ‘everything to live for’.

Ms Sidebotham’s body was found by a walker in woodland, just off Broadway in Over Hulton in Bolton, at 8.15am on January 7.

She was sectioned under the Mental Health Act and moved into secure accommodation for nine months.

After receiving treatment and moving into her own flat at the age of 18, Ms Sidebotham told her mother Andrea she wanted to ‘catch up on the life she missed’.

She appeared settled and enjoyed spending time with her friends when she wasn’t working part-time as a sales assistant in WHSmith.

Ms Sidebotham loved watching live music and was a regular at the Indiependence nightclub in Wigan.

Just two months after being discharged from the facility, the teenager, from Atherton, Wigan, took cocaine, alcohol and anti-depressants and was later found hanged.

Police searched her flat and found an empty bottle of vodka and a small snap bag containing traces of white powder, the inquest heard.

They also found ‘articulate’ notes, in which Ms Sidebotham wrote how wanted to die. 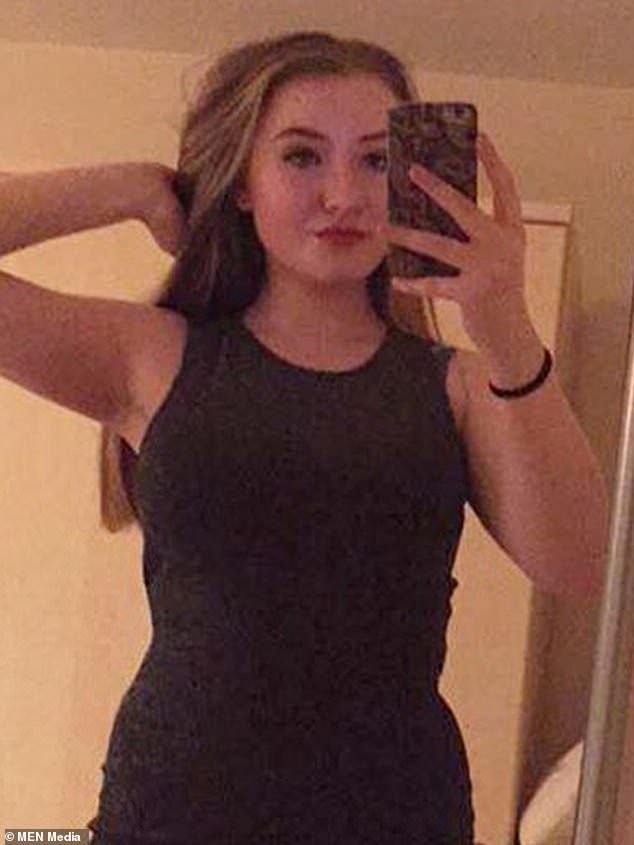 Ms Sidebotham, pictured, had marked the date in which she intended to die on her calendar, her inquest at Bolton Coroner’s court head

The date of her death was marked on her calendar in her kitchen, the court heard.

Ms Sidebotham’s mother Andrea told the inquest her daughter, who was ‘feisty and strong-willed’, had a happy childhood until she was around 14.

She then noticed her become ‘moody’ and ‘argumentative’, but put it down to her age.

Ms Sidebotham was first referred to Children and Adult Mental Health Services (CAMHS) when she told one of her teachers she had been taking anti-depressants and had cut her arm.

Mrs Sidebotham said: ‘This was just the start. I took her to the GP and she was then referred to CAMHS and put under the care of the mental health team.

‘There were three attempts made to to harm herself.

‘When she was 15 she had gone to some woods and had thought about hanging herself, but she took a photo of her brother with her and said that stopped her from doing it.’

Mrs Sidebotham told the inquest that in November 2016 her daughter tried to take her own life with an over-the-counter medication. She said her daughter went to hospital.

In January 2017, Mrs Sidebotham said her daughter tried to take her own life a second time.

She told the inquest: ‘She was vomiting and came downstairs and told me what she had done. There was a six-page suicide note.’

After spending time in hospital, undergoing a ‘coping skills’ course and being prescribed medication, Ms Sidebotham moved into her own flat and was discharged from mental health services in November 2018.

The court heard she was discharged without a relevant meeting with social services having failing to attend one appointment. Another being cancelled.

Ms Sidebotham said it would not have contributed to her daughter’s death and that she was ‘really well-looked after’ by professionals.’

She continued: ‘It was just her thought processes, she thought “what was the point when we’re all going to die anyway?”

‘I really don’t know what else could have been done other than locking her up for the rest of her life.’

The Trust has introduced measures to ensure sign-off meetings between mental health services and social services are not missed in the future, the court heard.

Senior coroner Alan Walsh concluded that Ms Sidebotham’s death was suicide and said he was satisfied she had intended to take her own life.

He said that ‘no-one could have foreseen’ what she had planned, or could have prevented it.

‘Alicia could not have had a stronger family support,’ Mr Walsh added.

‘She thought she was going to die anyway in the future. Nobody could change her rationale and what she thought in her mind.

‘She had everything to live for but something in her mind told her there was no point.

‘The notes she left are articulate and clear and caring in the way she she asks everyone not to feel sad for her.’