A priest’s not-so-saintly secret of stealing thousands of dollars from his parishes was exposed when he got into a car crash and police officers found him with six security bags stuffed with nearly $20,000 in parish donations.

Father Oscar Diaz of Resurrection Parish in Santa Rosa got into a car accident on June 19 in which he suffered a hip injury. As cops came to his aid they discovered a dizzying $18,305 in stolen parish collections in his car.

But that was just the tip of the iceberg.

A further investigation revealed he had a whopping stash of $77,000 in cash that he had allegedly took from the various parishes where he served, according to

When asked about the sum, Diaz claimed that it was his salary. 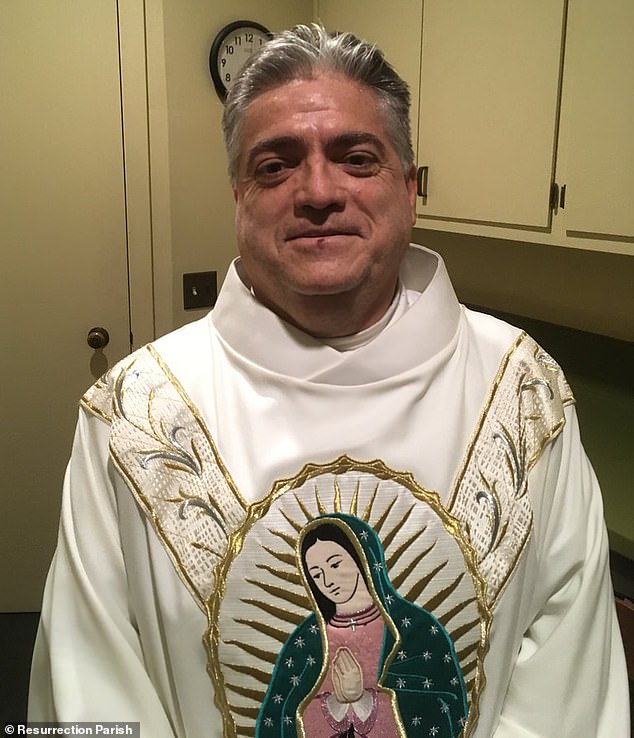 California priest Father Oscar Diaz stole over $97,000 in parish donations during his 25-year career serving seven churches in the state. He was busted when he got into a car crash in June and cops made the shocking discovery of the money in his car 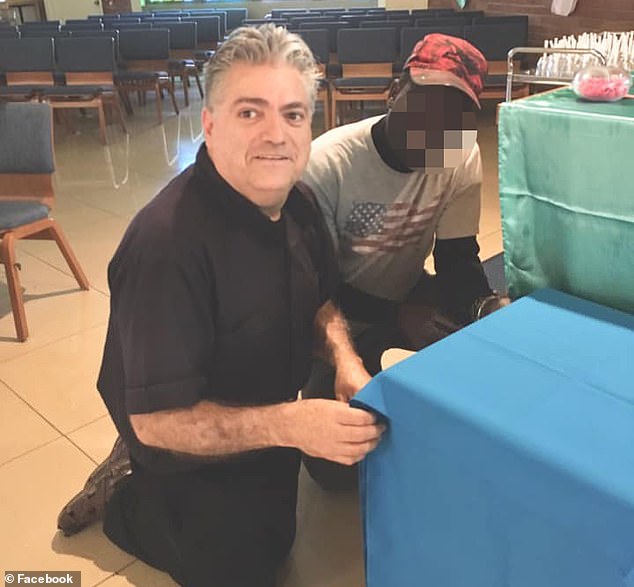 During the June 19 crash cops discovered $18,305 in stolen parish collections in his car. A further investigation revealed he had a whopping stash of $77,000 in cash that he had allegedly took from the various parishes where he served

Diaz served as a priest for the last 25 years and had connections to at least seven churches in California including Our Lady Queen of Peace Parish, Clearlake; Queen of the Rosary Mission, Lucerne; Saint Mary Immaculate Parish, Lakeport; Saint Peter Mission, Kelseyville; Saint Mary of the Angels Parish, Ukiah; Saint Elizabeth Seton Mission; and Philo and Saint Francis Mission, Hopland.

In a press release the diocese said that the amount Diaz stole was in excess of $95,000.

However it’s not clear if he’ll face any criminal charges.

‘This money was associated with Resurrection Parish in Santa Rosa where Father Oscar was pastor,’ Bishop Robert F. Vasa said in a diocese news release. ‘After an initial investigation and several interviews, the police determined that the protocols surrounding collection accounting would make it difficult to arrive at sufficient proof of theft to pursue criminal prosecution,’ he added.

‘There is also evidence that money was stolen in a variety of ways from each of the Parishes where he had served as pastor. 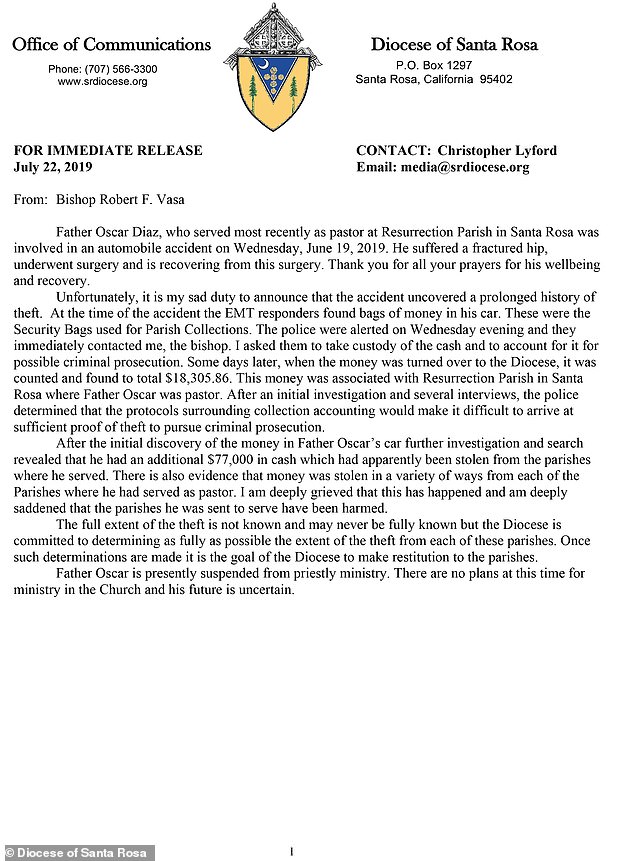 The Diocese of Santa Rosa released this statement exposing his prolonged theft operation. Though no charges were filed against him, he’s been suspended from priestly ministry

‘It is now absolutely clear from solid evidence that he has been systematically stealing from parishes and parishioners for at least the past 15 years, included an indeterminable number of checks made out to parishes and deposited to Father Oscar’s personal account,’ Bishop Vasa said. 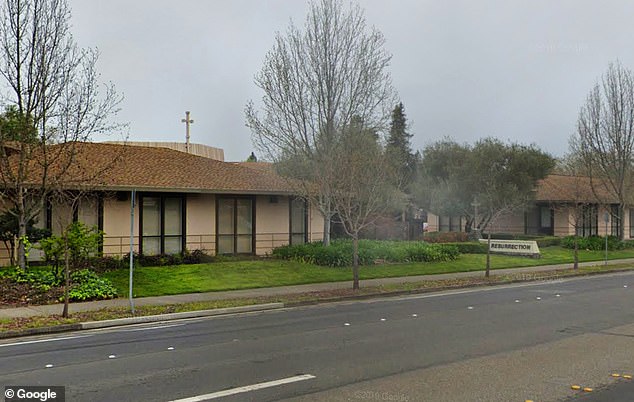 The money he was found with during the June 19 crash was collected from the Resurrection Parish in Santa Rosa (above). The Diocese said it’ll make restitution to the robbed parishes 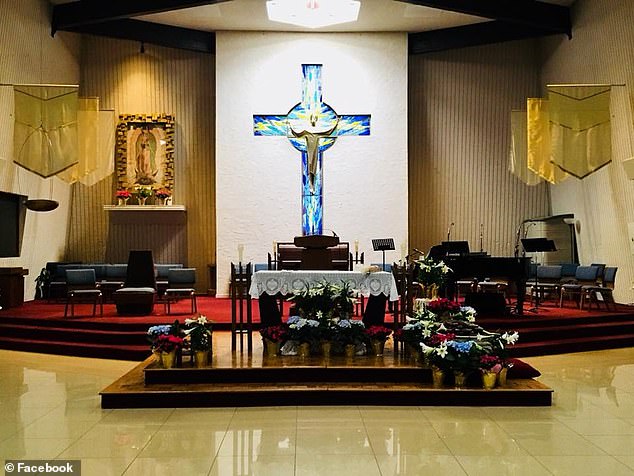 ‘It is now absolutely clear from solid evidence that he has been systematically stealing from parishes and parishioners for at least the past 15 years, included an indeterminable number of checks made out to parishes and deposited to Father Oscar’s personal account,’ Bishop Richard Vasa. The interior of Resurrection Parish in Santa Rosa above

The diocese says that Diaz admitted that ‘he had taken the collection bags and had been doing so for some time’.

Though no criminal charges have been filed, the diocese announced it will replace the stolen money.  As for Father Oscar, he’s been suspended from his priestly duties.

‘Father Oscar is presently suspended from priestly ministry. There are no plans at this time for ministry in the Church and his future is uncertain,’ the bishop said.

In the car crash Father Oscar suffered a fractured hip that required surgery and he’s currently recovering from that operation.

For the Santa Rosa community, his scandal has left parishioners shocked and betrayed.

‘I’ve known father Oscar Diaz just over 20 years. It’s shocking. You know, it’s really sad,’ parishioner Favian Iniguez said. ‘I mean I feel sad, just for hearing how things ended up in the situation he’s in right now. He was going to marry us next month. August 31st. So we’re still planning to get married, now we’re in the process of looking for another priest.’

The Diocese is continuing its internal investigation into Diaz.