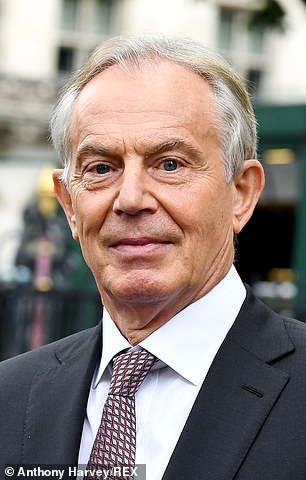 Tony Blair warned No Deal would be ‘catastrophic’

Remain-backing former prime minister has insisted that his presumptive successor should back to the country to resolve through a second referendum.

The former Labour leader has reissued his call to put Brexit back to a people’s vote – while insisting that the people should not be consulted in a general election.

Meanwhile his immediate successor Gordon Brown joins the fray today on the eve of a Johnson premiership, issue a grave warning that no deal with be ‘deeply damaging’.

Writing in the Times, Mr Blair warned the inbound PM had three options: to force through no deal in defiance of Parliament,  call a general election, or conduct a referendum offering two choices: no deal or remain.

He said: ‘The obvious and right course is to go back to the people in a referendum.’

Mr Blair argued a general election ‘because of the weakness of Labour’ would be ‘unacceptable and deeply damaging’ on the ground that Brexit was chosen in a single-issue referendum and should not be ‘mixed up with the normal business of politics’.

He said Theresa May’s deal failed because her objectives were incompatible, writing: ‘If we leave the European trading arrangements, there will be friction at the [Northern Irish] border. Hence the backstop. It came about precisely for this reason.

‘When Johnson says that no British prime minister should be put in the position of having to choose between leaving the European Union and its trading arrangements, and treating Northern Ireland differently from the rest of the UK, he doesn’t seem to appreciate that we have put ourselves in that position.’ 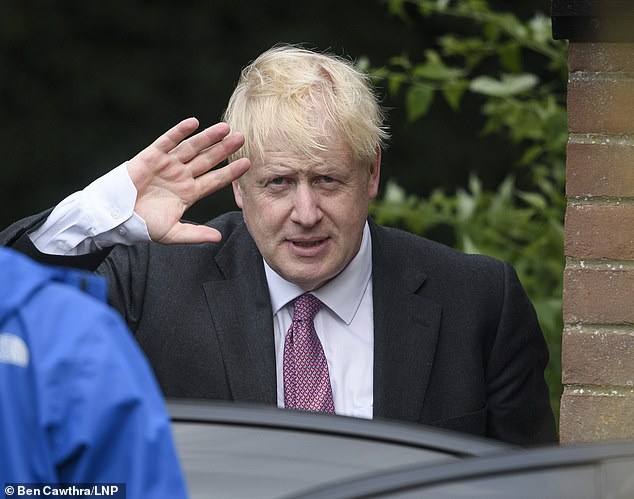 Mr Blair argued there is ‘no prospect’ of the EU reneging on its commitment to Ireland, or reopening the guarantee accepted by the UK government that the Irish border.

Mom of Meighan Cordie, 27, who died after jumping from her car left holes in missing person report
Leaked messages show Cardiff offered Emiliano Sala commercial flight
Saudi execution victims 'told judges confessions were false and had been obtained under torture'
A rare volume of poems by John Donne could be exported abroad for sale unless British buyer steps up
Drill rapper Unknown T charged with murder
Former Ohio judge is sentenced to six months in jail and is DRAGGED out of court
Trial of Christine Keeler viewers are captivated by a VERY calm cabbie
Samsung is working on its own version of Apple AirDrop for Galaxy phone users