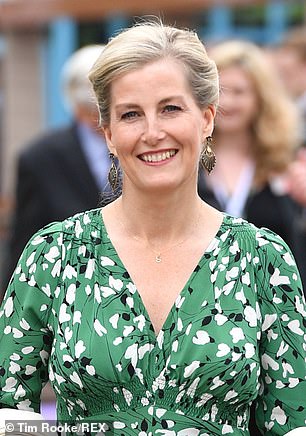 A Royal helicopter carrying the Countess of Wessex came close to a catastrophic collision with a glider.

The AgustaWestland AW109 helicopter, nicknamed Heir Force One, was forced into an emergency turn to steer away from the glider, an official report has revealed.

The revelation comes a week after The Mail on Sunday told how the Duchess of Cornwall was just seconds from disaster when her helicopter had two near misses with an aircraft carrying parachutists and then a glider just 45 minutes later.

A report by the UK Airprox Board reveals that the Countess of Wessex – Prince Edward’s wife Sophie – had a similar scare after carrying out a public engagement in Worcestershire.

Her Queen’s Flight helicopter was at 4,400ft when the co-pilot saw a glider directly ahead and flying in the same direction around three miles east of Cheltenham.

The pilot of the helicopter, who was flying at 173mph, rated the risk of a collision as ‘high’ after coming as close as 500 yards to the glider.

‘He noted that had they maintained course the risk of collision would have been high.’ 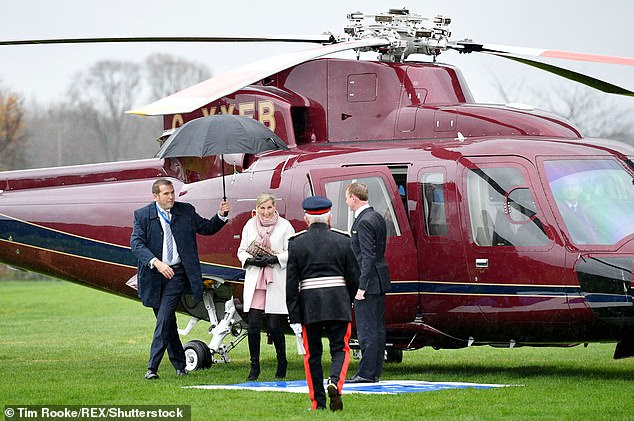 The AgustaWestland AW109 helicopter, nicknamed Heir Force One, was forced into an emergency turn to steer away from the glider, an official report has revealed. (File image of Sophie Wessex visiting Alfreton, Derbyshire, last November)

The report added that it was unlikely the glider pilot saw the helicopter until it passed.

An air-traffic controller at RAF Brize Norton did not warn the helicopter pilot about the presence of the glider.

The report found that the pilots of the helicopter and the glider, which has never been identified, ‘shared an equal responsibility… not to operate in such proximity to other aircraft as to create a collision hazard’.

The near-miss happened at about 3.30pm on July 5, 2017 after Sophie had watched a farming demonstration in Overbury.