Schoolgirl Iris Goldsmith who was killed in a horror quad bike accident has been laid to rest surrounded by friends and family.

A private funeral for the 15-year-old daughter of financier Ben Goldsmith was held at St Mary’s Church in Barnes, south-west , on Wednesday afternoon.

Iris’s mother, Kate Rothschild, paid tribute to her in the eulogy as she said: ‘I can’t possibly begin to explain the ocean of grief we find ourselves in or the feeling of being shattered into a thousand unfindable pieces.

‘And even harder than that would be to explain her, to really do her justice. She was simply spectacular, her light was brighter than any I’ve ever known. She was just magical, but there aren’t enough words, or I don’t know how to find them at least.’ 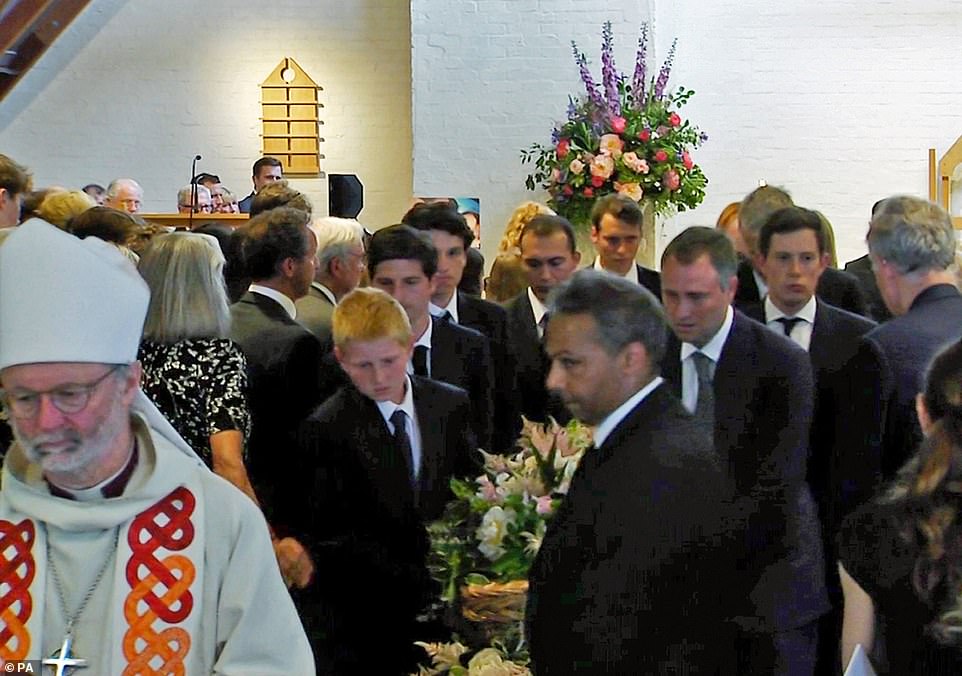 Iris Goldsmith was laid to rest surrounded by friends and family at a private funeral at St Mary’s Church in Barnes, south-west London, on Wednesday afternoon 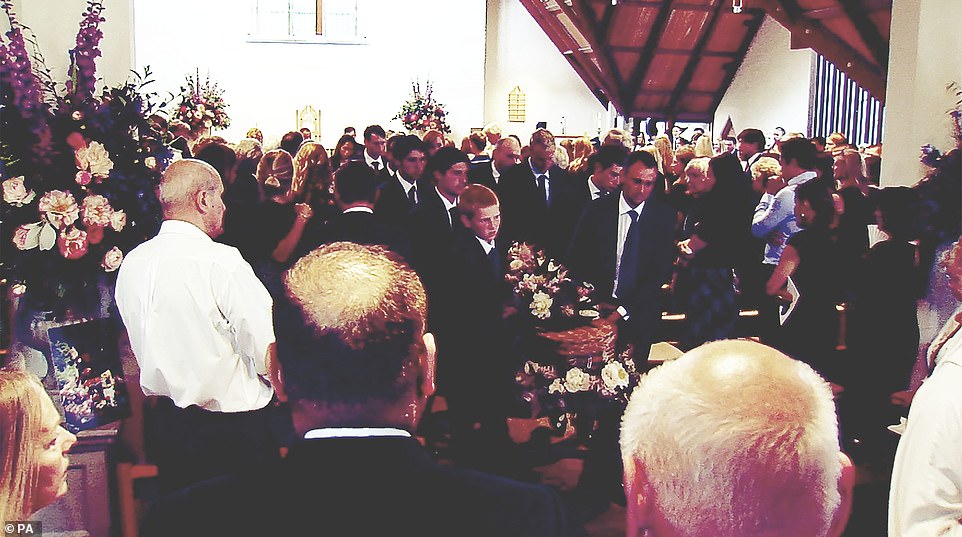 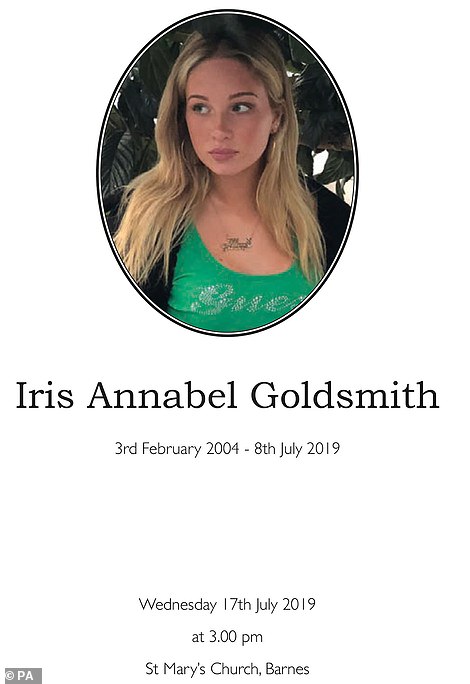 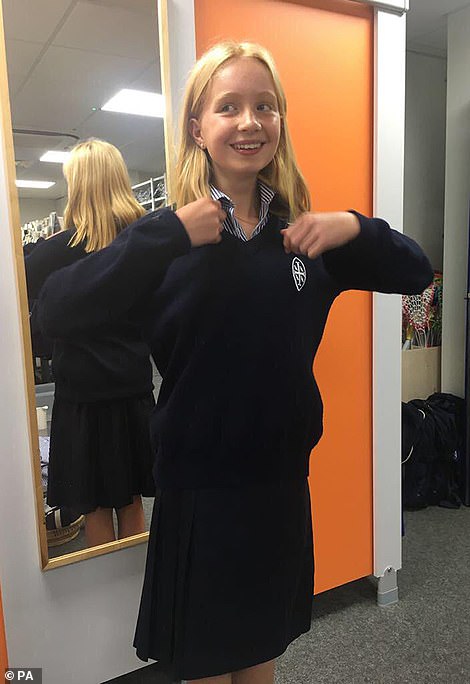 The schoolgirl was killed suddenly while riding a quad bike on her family farm in North Brewham, Somerset, last Monday 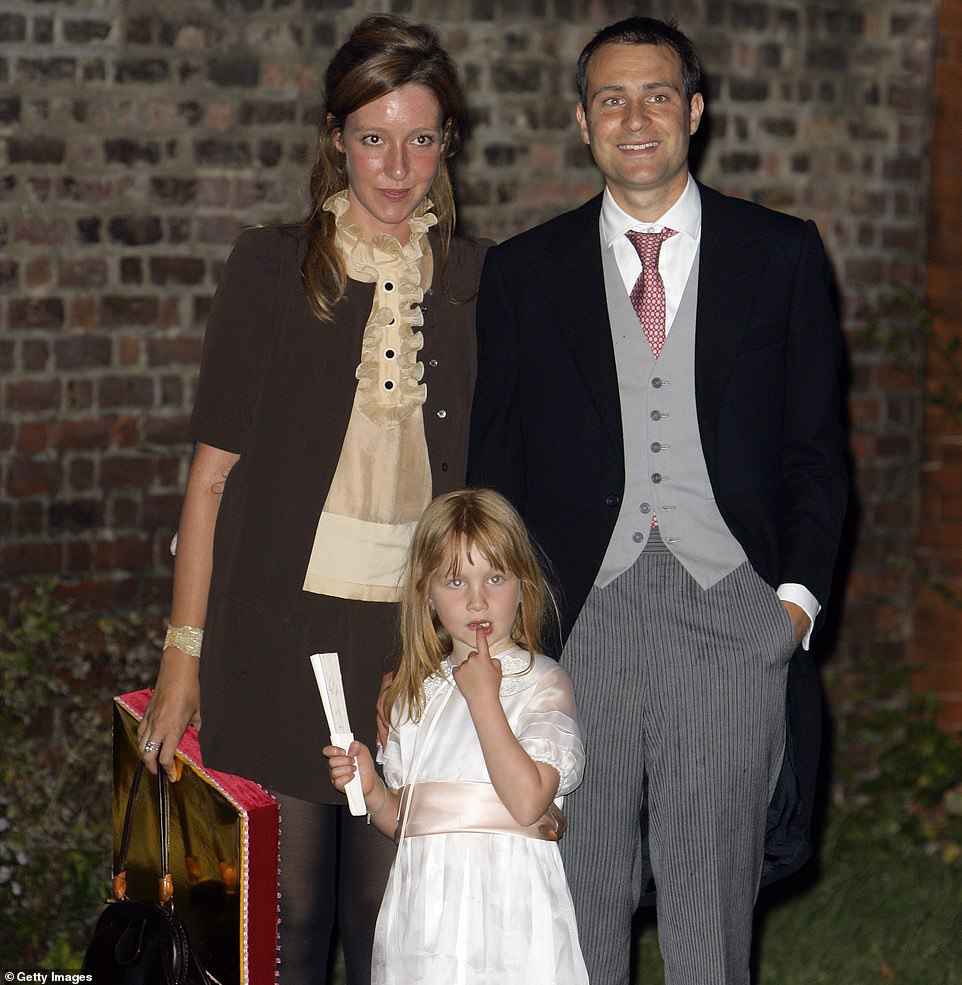 Iris’s mother, Kate Rothschild (pictured with Iris and Ben Goldsmith) said the family were in an ‘ocean of grief’ following the loss of their ‘spectacular, magical’ daughter

Iris’s brothers Frankie and Isaac also delivered a message at the funeral, which was led by the Bishop of Buckingham, Dr Alan Wilson.

Iris’s family shared photographs and details of the service on Friday, as the inquest into her death, which they are not expected to attend, was due to open in Taunton.

The schoolgirl was killed suddenly while riding a quad bike on her family farm in North Brewham, Somerset, last Monday.

Her mother said in the eulogy: ‘Yes, Iris was life-giving and free and fun and wild, but she also worked harder than any girl I’ve ever known and she cared, she cared so much about living her best life.

‘She had so many plans and dreams and ambitions and she was willing to put everything she had into reaching them.

‘So my message to you, and all I really wanted to say today is this – please, if there is any glimmer of light in this darkness, it’s that you will keep her in your hearts, remember the words she gave you and the way she made you feel and let it drive you forward.

‘Take every opportunity that is given to you, live life as openly and fully as you possibly can, love like she loved, live like she lived, work like she worked, try like she tried.

‘You have given her the most beautiful send-off, your tributes have profoundly touched us all, now go and live your lives like she would have wanted you to, thrive like she wanted you to and like she intended to. And then maybe, just maybe this won’t all have been for nothing.

‘Goodbye, my angel, you were always on a whole other level to the rest of us, now you are truly untouchable, I am so proud of you and I always will be, we will miss you for the rest of time.

Iris was the first child of Mr Goldsmith – who is the younger brother of Conservative MP Zac Goldsmith and journalist Jemima Khan – and his ex-wife, Ms Rothschild.

They married in 2003, uniting two of Britain’s most wealthy families, but divorced a decade later.

The teenager, who attended Wycombe Abbey, an independent girls’ boarding school in High Wycombe, Buckinghamshire, died at the start of the summer holidays.

The incident on the family farm near the village of North Brewham, Somerset, was not treated as suspicious by police.