Mothers who balance work with raising children may be more likely to stay sharp in old age, research suggests.

A study found of more than 6,000 women found stay-at-home mothers see their memories decline 61 per cent faster than their working counterparts.

Researchers from the US believe ‘participating in the paid labour force’ keeps women ‘mentally stimulated’.

Previous research suggests memory-robbing disorders like Alzheimer’s may be more common among poor and socially-isolated people. 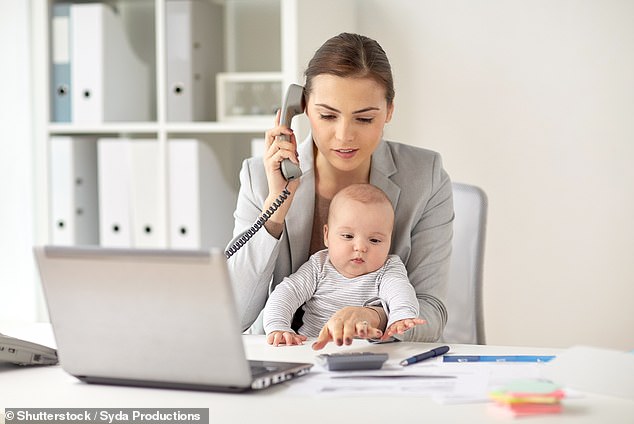 The research was carried out by the University of California, LA, and led by Elizabeth Rose Mayeda, assistant professor of epidemiology.

‘Though preliminary, our research provides evidence that participation in the paid labor force may help prevent late-life memory decline among women in the United States.

‘Future research should evaluate whether policies and programmes that facilitate women’s full participation in the paid labour force are effective strategies to prevent memory decline.’

Dementia affects 850,000 people in the UK, according to the Alzheimer’s Society.

And in the US, 5.7 million people live with the disease, according to the American Speech-Language-Hearing Association.

HOW TO DETECT ALZHEIMER’S

It is the cause of 60 percent to 70 percent of cases of dementia.

The majority of people with Alzheimer’s are age 65 and older.

There is no known cure for Alzheimer’s, but experts suggest physical exercise, social interaction and adding brain boosting omega-3 fats to your diet to prevent or slowdown the onset of symptoms.

Two-thirds of Alzheimer’s patients – the most common form of dementia – are women, according to the Alzheimer’s Association.

This has been put down to women living longer, however, that may not be the whole story.

Women have experienced drastic changes to their work and family lives over the past century.

To uncover whether juggling all these demands affects a woman’s memory, the researchers analysed 6,386 females from the Health and Retirement Study.

The women, who were born between 1935 and 1965, reported on whether they had jobs, were married or had children between the ages of 16 and 50.

When the participants reached 50 or over, they completed memory tests around every two years.

This was true for both mothers and the participants without children.

The women who were married with children and never earned saw their memories decline 61 per cent faster between the ages of 60 and 70 than working mothers.

And those that had ‘a prolonged period of single motherhood without waged employment’, saw their memories decline 83 per cent faster over those 10 years.

The results were presented at the Alzheimer’s Association International Conference in LA.

Dr Jana Voigt, head of research at Alzheimer’s Research UK, said: ‘These preliminary results suggest paid employment may play an important role in later-life memory decline, but we can’t tell from this study whether the link is causal.

‘Unravelling the link between employment and memory decline will help grow our understanding of brain health and the best ways to maintain it.

‘While future studies need to explore links between employment and brain health, these initial findings support ongoing efforts to increase the number of women entering or staying in the workforce.’