Pop star Aubrey O’Day says she is ready to move on from her alleged affair with Donald Trump Jr. despite claiming they were each other’s ‘soulmates.’

The Danity Kane singer will appear on MTV show Ex On The Beach on Tuesday, where she hopes to find love again.

‘I’m so happy for you guys to watch the journey of an “older gal” find her younger self and maybe some new d*** too,’ O’Day wrote on Instagram.

She first met the President’s son on the set of The Celebrity Apprentice. She claimed they had an affair that lasted from 2011 until March 2012.

Donald Jr. allegedly ended the affair after his pregnant wife-of-the-time Vanessa discovered emails sent by the couple. She divorced him last year. 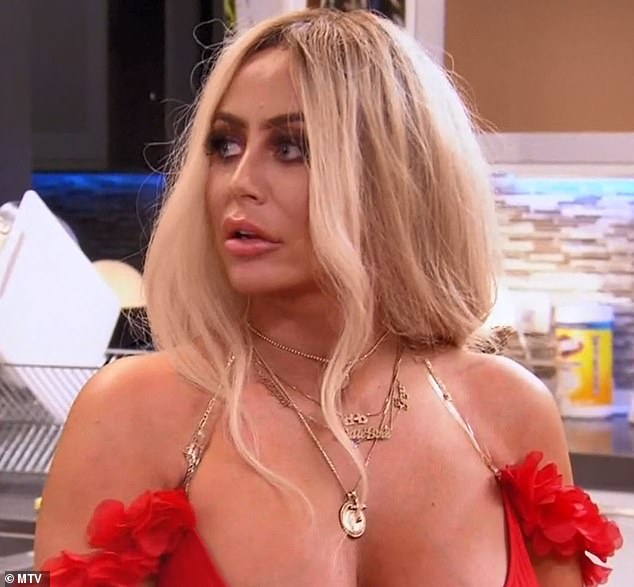 Aubrey O’Day appeared on MTV show Ex On The Beach on Tuesday, a show where young singles try to find love, only to be interrupted by their exes 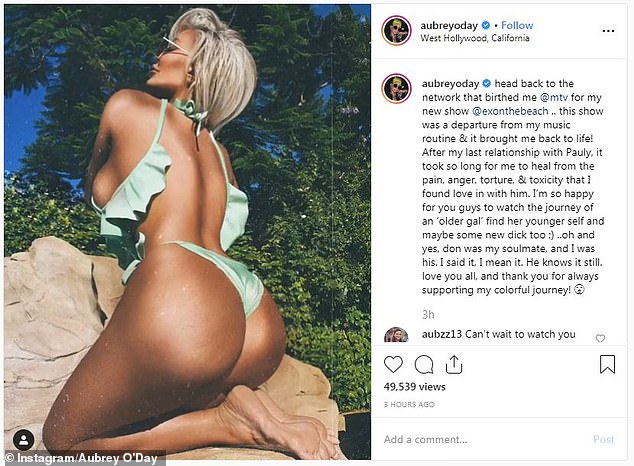 O’Day (above) claims that she and Donald Trump Jr. were both one another’s ‘soulmates’ but she’s ready for’ new d***’ 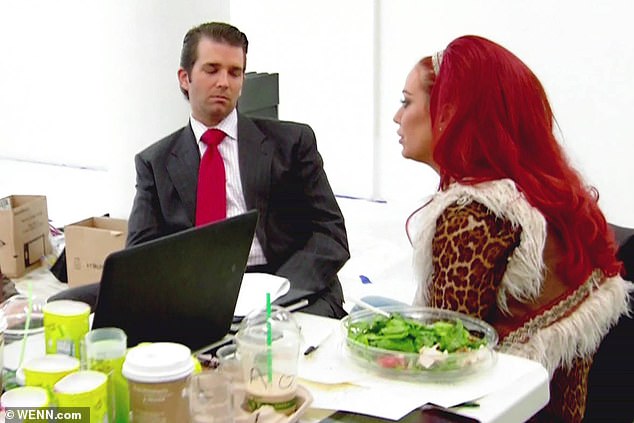 It’s alleged that Donald Jr. (left) and O’Day (right) had an affair after meeting on The Celebrity Apprentice 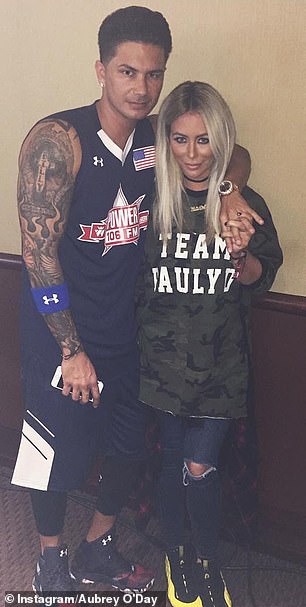 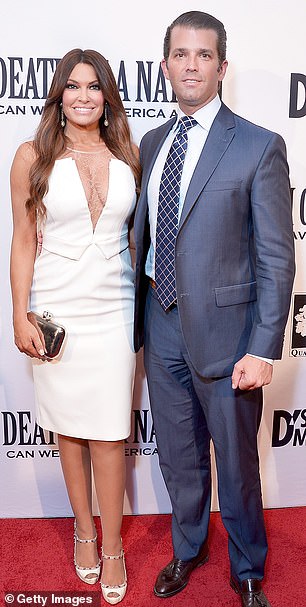 Moving on: O’Day joins MTV show Ex On The Beach after dating reality TV star Pauly D (left) . O’Day claims that her and Donald Jr. were ‘soulmates.’ The President’s son poses with his girlfriend Kimberly Guilfoyle (right) who he has been dating since early last year

O’Day is set to appear on the TV show on Tuesday, where eight single men and women head to an ‘idyllic beach to enjoy a summer holiday in paradise until their exes turn up.’

It has been confirmed that Donald Jr. will not appear on the program, according to .

But no comment has been made about her ex-flame Pauly D., real name Paul D. DelVecchio Jr., of reality show Jersey Shore.

O’Day wrote that she was glad to be back on the ‘network that birthed me’ and that it brought her ‘back to life.’

‘After my last relationship with Pauly, it took so long for me to heal from the pain, anger, torture, & toxicity that I found love in with him,’ she wrote.

O’Day describes herself as ‘Sapiosexual’ on her social media pages, a term referring to those who are ‘attracted to smart people’ and are ‘aroused by intelligence,’ according to .

A TMZ source claimed that O’Day described Donald Jr.’s current girlfriend Kimberly Guilfoyle as ‘crazy looking’ and begged him to dump her. The pair have been dating since early last year.

O’Day also believes that the President’s days are numbered, according to the source who she reportedly told: ‘The White House fiasco is about to be over.’ 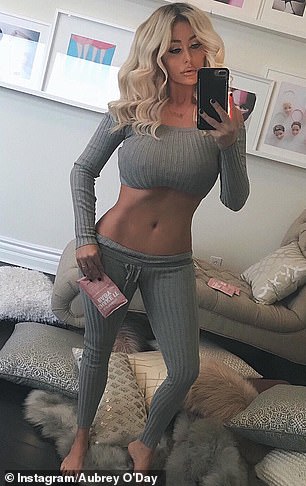 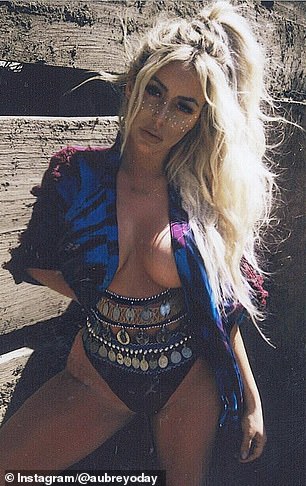 Pop star Audrey O’Day is known as a singer, part of the Danity Kane. She allegedly had an affair with Donald Jr. between 2011 and 2012 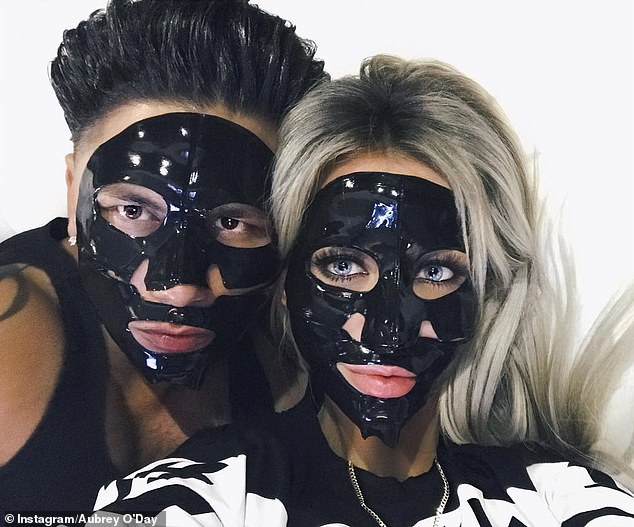 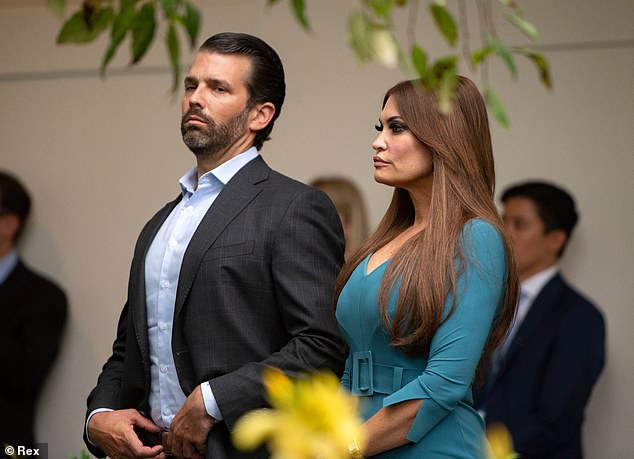 Donald Trump Jr. with current girlfriend Kimberly Guilfoyle, who he has been dating since early last year

Earlier this year, O’Day claimed to have been approached by Michael Cohen, amid the layer’s comments about payoffs he had made to Stormy Daniels.

‘Cohen came to me also,’ O’Day wrote in a tweet, but added no further details.

DailyMail.com learned at the time from three sources that Cohen was responsible for stopping an US Weekly story in 2013 that was set to run about an affair between O’Day and Don Jr.

The  first reported on Cohen getting the story pulled from the celebrity weekly.

Donald Jr. had been married to wife Vanessa for six years and had three children at the time of the affair, which he denied.

Claim: O’Day tweeted ‘Cohen came to me also’ (above) during the lawyer’s testimony in front of the House Oversight Committee 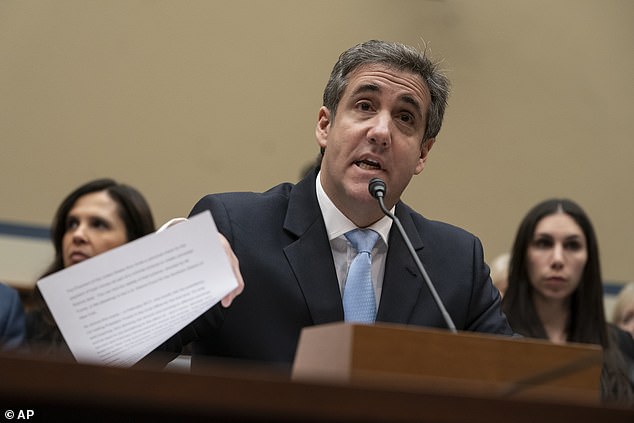 O’Day posted a tweet that Cohen ‘came to’ her also, as he was speaking about the payoffs he made to Stormy Daniels at the behest of President Donald Trump 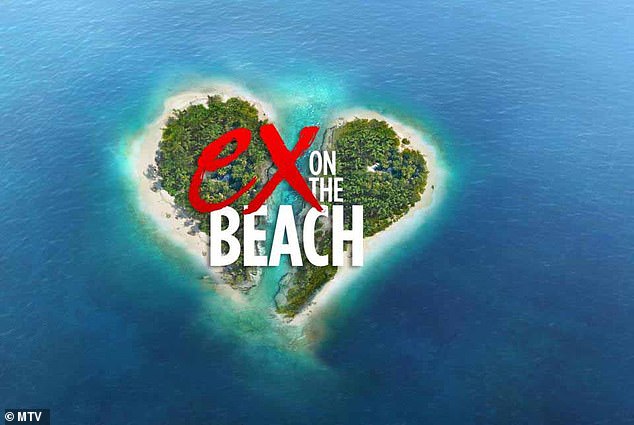 Omaraosa Stallworth wrote in her memoir, Unhinged: An Insider’s Account of the Trump White House, that the now-President had urged his son to find ‘some a**’ around the time that the alleged affair began between the two.

‘I remember being disgusted, thinking, Donald, what are you talking about? Your son is married. His wife is pregnant,’ wrote Stallworth.

She believed Donald Jr.’s actions stemmed from a desire to please his father. Later Stallworth explains that her closeness to O’Day led her to discover their ‘affair.’

‘Aubrey and I knew each other in LA, so when she did the show, she called me to ask for advice,’ she wrote.

‘I next heard from her when she started seeing Don Jr. She told me, ‘He’s leaving his wife. They basically aren’t together anymore. They’re separated.’

Stallworth also claimed to have seen evidence when O’Day showed a series of ‘very personal photos’ and a ‘long chain of dirty texts between them.’

‘If she hadn’t shown me those photos and texts, I wouldn’t have believed it.’