Drill rap star Unknown T has been charged with murdering a 20-year-old man who was stabbed to death at a New Year’s party.

The 19-year-old, real name Daniel Lena, from Homerton in east London, was also charged with violent disorder and is due to appear at a magistrates’ court on Thursday July 18.

Two other men, Mohammed Musse and Raman Boreland, both 20, have also been charged with violent disorder, with the latter additionally charged with murder.

The charges are in connection with the death of 20-year-old Steven Narvaez-Jara, who was stabbed at a party in Islington, north London, in the early hours of New Year’s Day 2018. 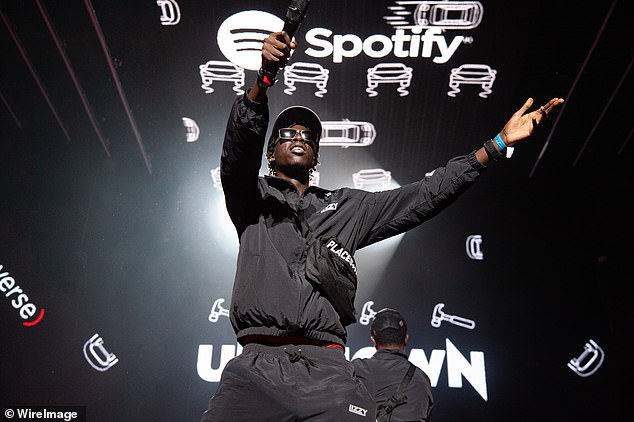 Unknown T performs during Spotify Presents: Who We Be Live, in November 2018. The 19-year-old, real name Daniel Lena, from Homerton in east London, was also charged with violent disorder and is due to appear at a magistrates’ court on Thursday July 18 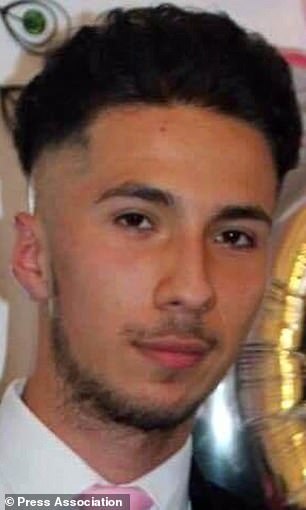 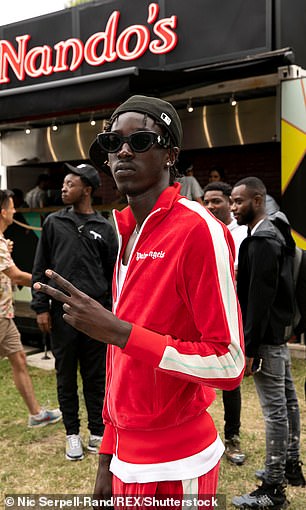 Steven Narvaez-Jara (pictured left) was stabbed to death and pronounced dead at the scene. Drill rap star Unknown T (pictured right in red) has been charged with murder

Narvaez-Jara, from Belvedere in Kent, was found stabbed and pronounced dead at the scene while another man was also found stabbed nearby.

Lena found mainstream success in the summer of 2018 with the track Homerton B, which reached number 48 in the UK charts.

He was also invited on stage at London’s 20,000-capacity O2 Arena by Drake during the American rapper’s UK tour.

Lena is signed to Island Records, part of Universal Music Group, who declined to comment.

Former JLS star Oritse Williams in court over rape charge
Special education teacher, 26, is arrested after she 'had sex with a 17-year-old female student'
Britain's DEEP freeze! Travel chaos ahead as experts warn of ICY deathtrap roads
Holly Willoughby 'left the NTAs in tears as she was overwhelmed by support'
Bumble bride Sarah Elliott who went to Las Vegas to marry stranger divorces him after two months
How BBC's relentless pursuit of its licence-fee billions now leads to 1 in 10 of magistrate hearings
Mallacoota bushfire hell: 4,000 trapped on beach in Victoria
Health officials desperate to trace contacts of 20th British coronavirus victim in Surrey