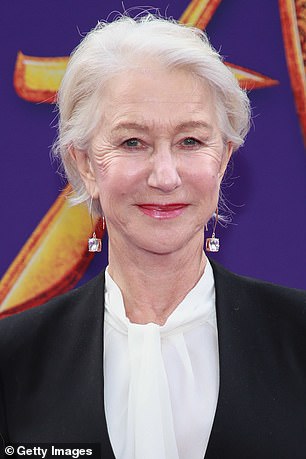 Dame Helen Mirren, 73, threw her weight behind the campaign to save the free licenses

Dame Helen Mirren is backing a bid to keep free TV licenses for people aged over 75.

Campaigners are set to deliver 36,000 letters to candidates and Jeremy Hunt to demand the party make good on its 2017 pledge to keep the concession for the length of this Parliament.

Dame Helen, 73, threw her weight behind the campaign, saying it was ‘absolutely heartbreaking’ that older people would lose their free license when television was such a critical part of their lives, the  reported.

She said: ‘In many cases it acts as an important contact with the outside world.

‘I would urge all those involved including the Government to do the right thing and to carry on funding free licences for all over-75s – the cost of which is surely a small price to pay for keeping so many vulnerable older people connected.’

An analysis by the Labour Party revealed that 469,622 people aged 90 and older would lose their free licenses next year, and the party’s deputy leader Tom Watson hit out and the scrapping, calling it a ‘scandal’, the Mirror reported.

He said: ‘When you turn 100 years old you get a letter of congratulations from the Queen, but from next year centenarians could also get letters demanding payment for a TV licence.’

Dame Helen was one of 20 celebrities to have written an open letter calling for the free licenses to be maintained, with other signatories including Sir Lenny Henry, Christopher Biggins, Amanda Redman, Angela Rippon and Lionel Blair. 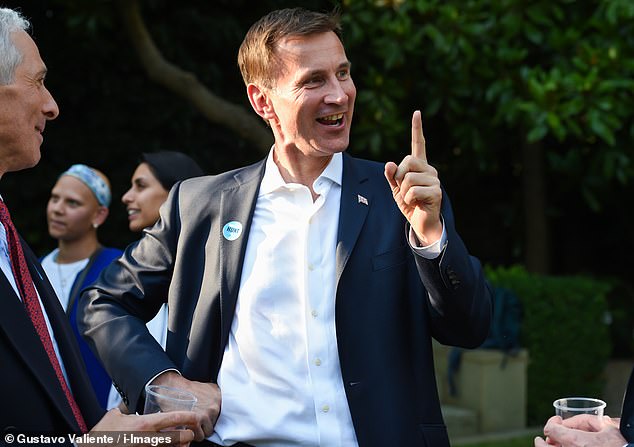 Campaigners are set to deliver 36,000 letters to Conservative leadership candidates Boris Johnson and Jeremy Hunt to demand the party make good on its 2017 pledge to keep the concession for the length of this Parliament

The letter urges the next Prime Minister – whoever that may be – to save the free TV licenses, proclaiming that the signatories are ‘extremely disappointed’ that they were being taken away

The letter urges the next Prime Minister to save the free TV licenses, proclaiming that the signatories are ‘extremely disappointed’ that they were being taken away.

It goes on to say that TV helps the elderly connect to the outside world and brightens their lonely and dark days – adding that the responsibility for paying for free fees should ‘never have been handed over to the BBC in the first place.’

It claimed it was the role of the Government to fund the free licenses, and called on them to ‘do what’s right’ for the elderly and help maintain their ‘lifeline’.

Earlier this month Theresa May said the BBC needs to ‘think again’ about cutting free TV licences for the over-75s while paying mega-salaries to stars as critics urged people not to pay the £154.50 annual fee.

Mrs May had hit out at the corporation who revealed the bumper pay packets of its presenters with presenter Gary Lineker paid the most with £1.75million and the total bill up £11million in a year.

The Prime Minister had said in PMQs in early July: ‘I think there are many people who will ask why it is that the BBC could raise their salary bill to the top performers and personalities at the same time as taking the action that they have done on TV licences. The BBC need to think again.’

Bosnia adopts long-term energy strategy key to...
PS Vita: Sony to cease production of handheld PlayStation console in 2019
Bombs are sent to Hillary Clinton and Barack Obama
Cricketer Alex Hepburn 'raped sleeping woman to win sexual conquest game'
'Even the DEVIL would be disgusted with him!': Alesha MacPhail's mother speaks out
How does the vote for the European Parliament work and what will it mean for you?
Breast cancer survivor becomes first person to swim Channel four times non-stop
400,000 emergency PPE gowns flown to the UK from Turkey are USELESS and are sitting in a warehouse