Ibiza’s soaring holiday rental prices have been slammed for reaching ‘ridiculous levels’ after the offer of a double bed in a laundry room for £36 a night went viral.

The ‘bonkers’ offer of a tiny space next to a washing machine, doubling as a side table, was spotted on the global lettings site Airbnb.

It is considered to be another example of illegal offers as such accommodation would not be able to get a licence. 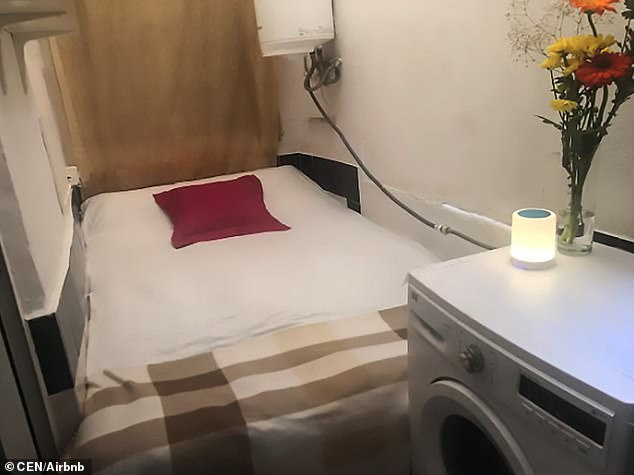 Compact and bijou: This laundry room in Ibiza, complete with washing machine, has been offered on AirBnB for £35

The Tourism Law of the Balearic Islands prohibits the rental of flats or rooms in private flats to tourists and sites such as Airbnb and TripAdvisor have been hit by substantial fines for not checking their adverts.

The latest offer to cause uproar is advertised as a double bed in the laundry room of a house ‘ideal for one or two people to spend the night.’

There is virtually no space around the bed to move and there is only an electric heater and the washing machine, shown with a bedside lamp on it and a bunch of flowers.

‘Small room as described, but very nice if you are just looking for the basics’ reads the AirBnB advert for the laundrry room

Island newspapers say the earning extra income by renting out any corner of the house is becoming more common in Ibiza.

The likes of a laundry room hasn’t been seen before but ads for tatty caravans, tents with mattresses and solar showers in the gardens, tree houses and even bunk beds on the balcony are no longer a surprise, all priced from €25 upwards to try and beat the high cost of hotels and authorised apartments. 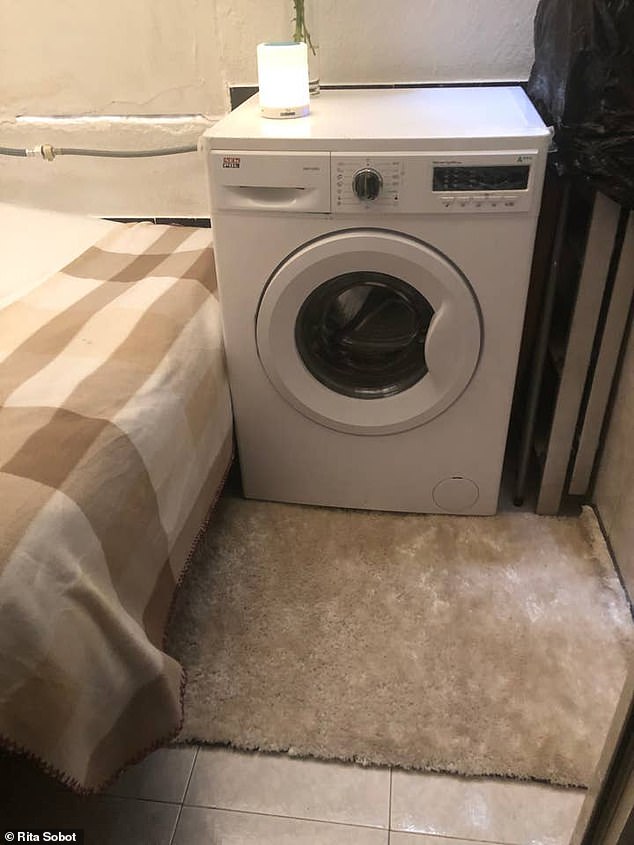 Locals say they are disgusted at the offers and say tourists should go elsewhere rather than ‘being made to look like fools’. 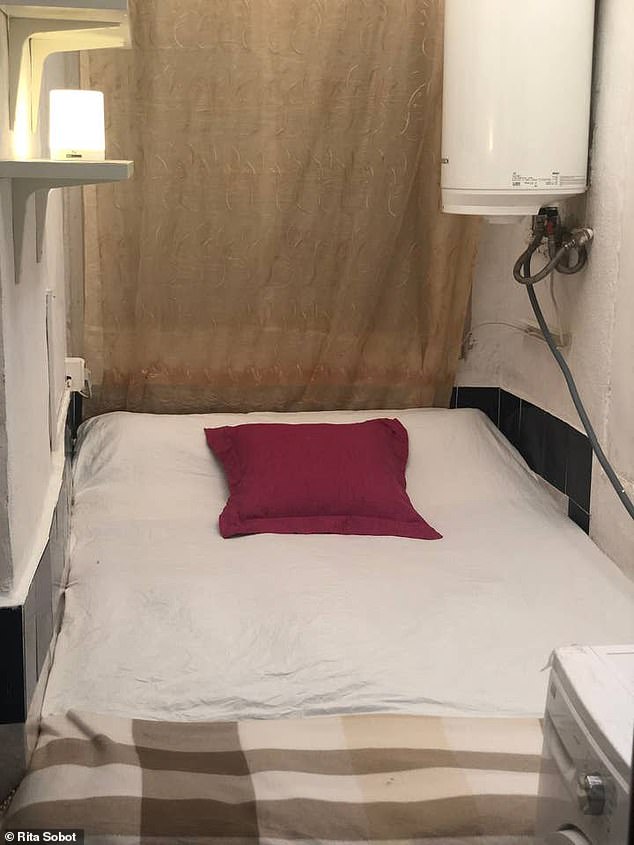 The double bed almost fills the tiny laundry room for rent in Ibiza, squeezzed in between three walls with the boiler hanging overhead

Others say holidaymakers are choosing to go elsewhere which is why occupation levels and bookings for the island are down.

‘The problem with this type of illegal rental is that they favour the massification of the island. We are in a limited space and we cannot receive everyone,’ another tweeted.

‘We need sustainable tourism with stays only in authorised establishments.

‘Those responsible for this situation are the authorities who have done absolutely nothing to control it.’

Scott Morrison is mocked over hilarious Photoshop fail
James Dyson relocates to SINGAPORE despite voting for Brexit
Blackmailer pretending to be the executed cult leader sends CYANIDE to Japanese businesses
Male contraceptive that can be rubbed on the arms revealed but academics want 80 couples to test it
Mung beans for acne and rice water for great skin: Chinese beauty secrets every woman should follow
Putin warns Russia will be 'forced' to develop new missiles if the US does the same
Former patient at unit where two people are being treated for coronavirus says it 'felt like ET'
Prince Andrew 'cancels his annual golfing trip to Spain'