Donald Trump claimed Sunday morning that Vice President Mike Pence‘s tour on Friday of a detention center that holds single men who crossed the border illegally showed that reports of filth and sickness is ‘fake.’

The president says the trip proved that The New York Times‘ report on the poor, and deteriorating conditions, at the centers that hold migrants is fake news.

‘Failing @nytimes story was FAKE! The adult single men areas were clean but crowded – also loaded up with a big percentage of criminals,’ he continued in a duo of tweets. ‘Sorry, can’t let them into our Country. If too crowded, tell them not to come to USA, and tell the Dems to fix the Loopholes – Problem Solved!’ 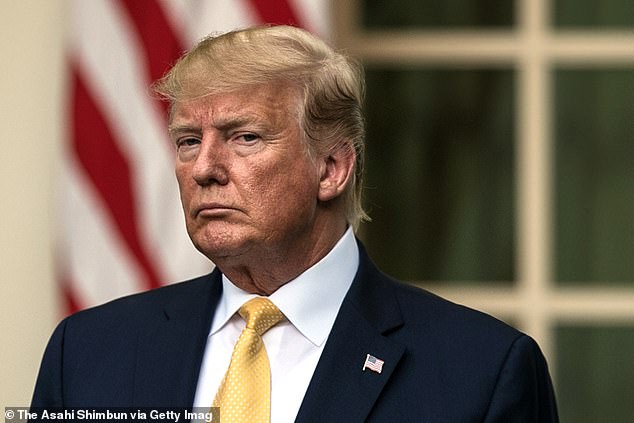 President Donald Trump said the vice president’s tour of a border detention facility in Texas on Friday shows that the centers are ‘clean but overcrowded,’ claiming reports of horrific conditions are just ‘fake news’ 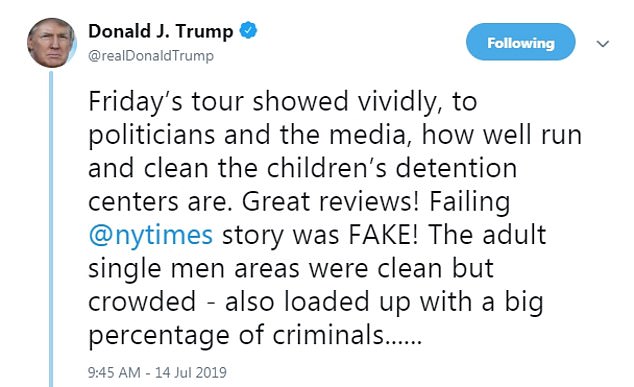 Trump claims that specifically the children’s facilities are ‘well run’ and ‘clean,’ despite reports of filth, sickness and an awful stench

Pence visited and toured a Border Patrol detention facility in McAllen, Texas on Friday and admitted he witnessed some ‘tough stuff.’

‘I knew we’d see a system that was overwhelmed,’ Pence said during a press conference after touring the migrant detention center. ‘This is tough stuff.’

Trump claims that the situation at facilities have been exaggerated, admitting the centers may be overcrowded, but maintaining the circumstances are still cleanly.

A little known border facility in Clint, Texas was thrust into the public spotlight after immigration lawyers began reporting filthy and overcrowded conditions – leading to even more focus on the escalating crisis surrounding migrant detention.

Some detainees in the facility for single men said they had been there for 40 days – and some even longer – and said they wanted tp brush their teeth.

But a border patrol agent said the men were allowed to brush their teeth once per day.

‘We currently have 88,000 toothbrushes,’ the agent, Michael Banks, said. 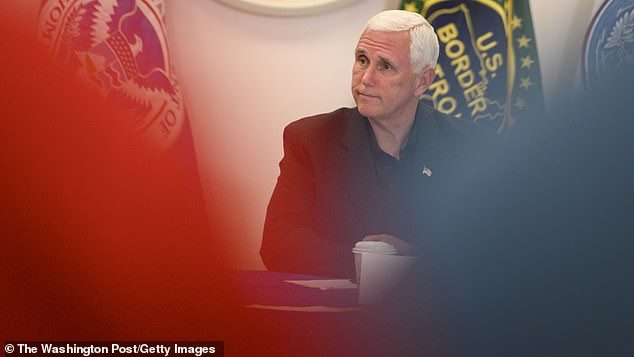 Vice President Mike Pence visited McAllen, Texas Friday where he toured a facility that housed about 400 single men and another 275 women in repurposed Army tents 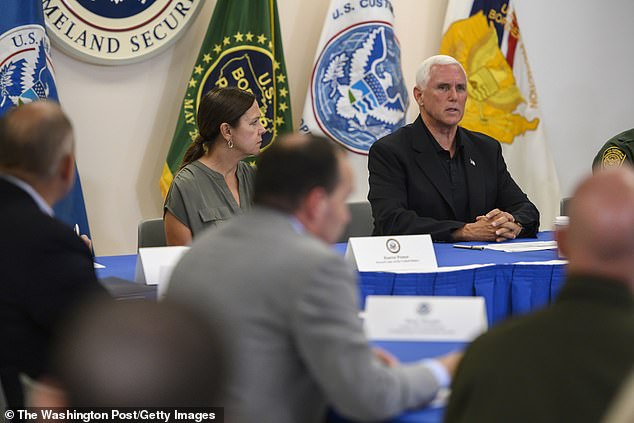 Pence said during a press conference following the tour that seeing the situation was ‘tough stuff,’ but added it was a ‘prime example’ of why Democrats need to act on immigration

Agents also said there were outbreaks of ‘scabies, shingles and chickenpox’ among both children and adults being held.

Trump decided to focus on the ‘great reviews’ of the children detention center, since most of the public outrage comes from those who are angered over Trump’s policies that separate children from the families they crossed with illegally.

Pence saw the 384 single men who were being held behind metal fences inside the hot facility, and another 275 women are living in repurposed Army tents.

The vice president said the situation he witnessed was a ‘prime example’ of why Democrats must act to help the U.S. has to secure its borders.

Earlier this month, Congress passed a Republican bill that allotted $4.6 billion to address the border crisis, with a chunk of that going toward improving conditions of migrant detainees.

Anastasiya Gubanova: I couldn’t help but bring you also this Russian beauty, a sweetheart who has also been in the ice skating world, let’s welcome her.

Maisie De Krassel: It’s been a long time since I brought you a gallery of this beauty and here we have an update of her evolving beauty. 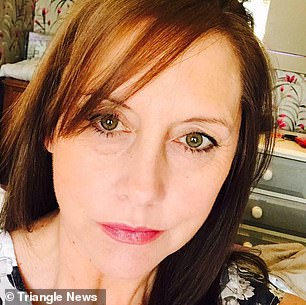 Isabella Ardley( Isabella110022): Although this beauty has disappeared a bit I won’t miss the opportunity to bring you more of this lovely woman. 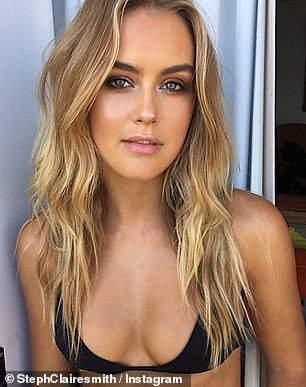 Maddie Ziegler: Need another gallery of this beauty, which will eventually become a beautiful woman. With an extraordinary figure.