and Jeremy Hunt are poised to take part in the latest round of the battle to become Conservative Party leader and prime minister today.

The two men face a grilling in Wyboston, Befordshire in the 14th out of 18 leadership hustings in from of party members.

, the economy and the ongoing row over the treatment of the UK’s ambassador to the United States Sir Kim Darroch are expected to be on the menu. 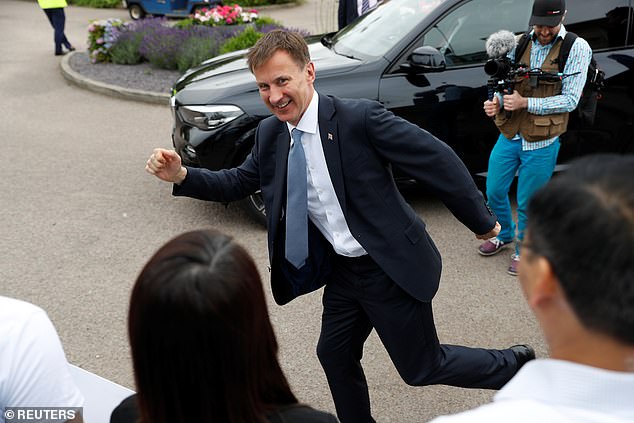 Wooden spoon? Mr Hunt has acknowledged he may ‘pay a political price’ after saying he could not guarantee he would take Britain out of the EU by Christmas. 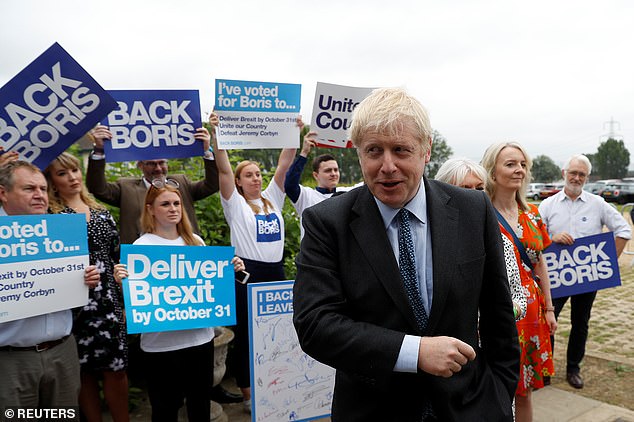 Mr Hunt has acknowledged he may ‘pay a political price’ after saying he could not guarantee he would take Britain out of the EU by Christmas.

In an interview with the BBC’s Andrew Neil, the Foreign Secretary said he was not prepared to make the commitment when it was clear Parliament could block it.

He said prime ministers should ‘only make promises they know they can deliver’.

However, after his leadership rival Boris Johnson said it would be ‘insane’ to delay Brexit again, Mr Hunt admitted his ‘honesty’ could cost him in the race for No 10.

Speaking later at a leadership hustings in Cheltenham, he said: ‘Maybe I will pay a political price for being honest with people.

‘But the reality is that we face a hung Parliament with people – not just in the Labour Party but in our own party – absolutely determined to stop us leaving without a deal.’ 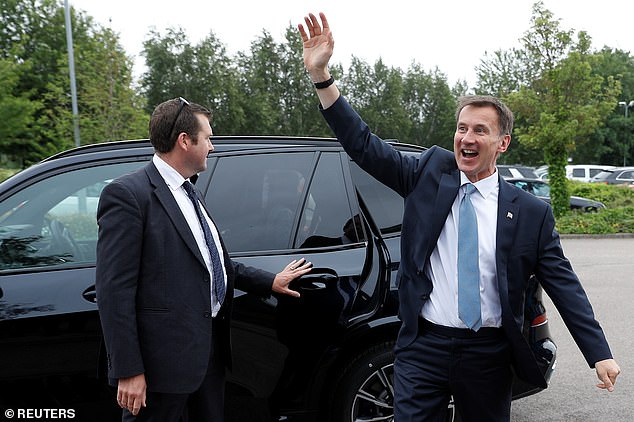 In an interview with the BBC’s Andrew Neil, the Foreign Secretary said he was not prepared to make the commitment to leave the EU before Christmas when it was clear Parliament could block it 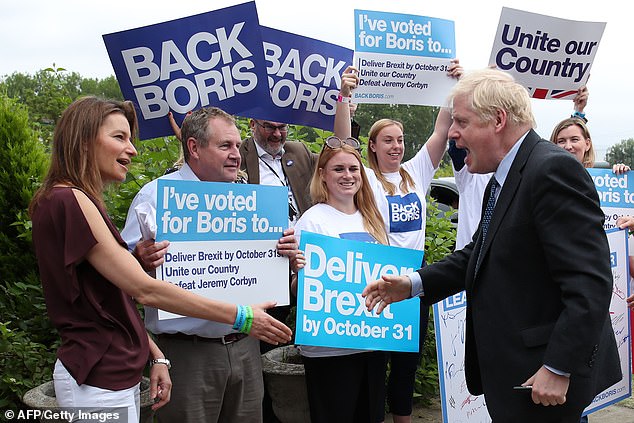 Boris Johnson is under pressure over his lack of support for Sir Kim Darroch, which he admitted was a factor in the veteran diplomat resigning last week 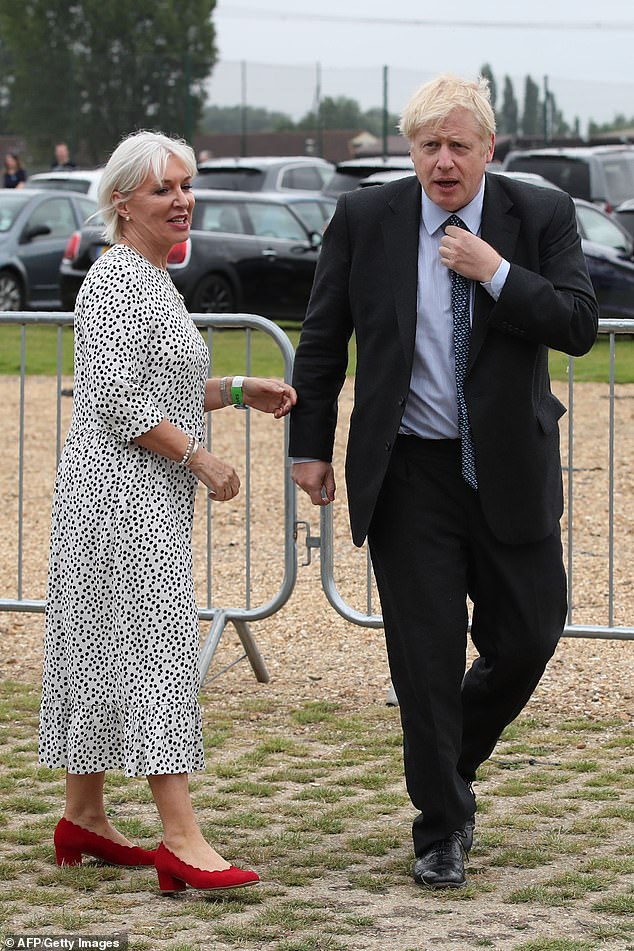 Novelist and local MP Nadine Dorries was at the hustings with Mr Johnson, who she is backing to be prime minister

In his BBC interview, Mr Hunt reaffirmed his commitment to leave the EU without a deal if he was unable to negotiate a new agreement with Brussels on the terms of the UK’s withdrawal.

He insisted, however, that it was possible to get a revised deal with Brussels by the end of September, and said if it took ‘a few extra days’ to get it through Parliament he would delay Brexit beyond the current October 31 deadline.

Asked whether he would be prepared to delay by days, weeks or months, Mr Hunt replied: ‘Well, it’s not going to be months.’

But pressed on whether the UK would be out by Christmas, he said: ‘I’m not going to give you those commitments…

‘It’s because prime ministers should only make promises they know they can deliver. And there’s another reason why we have to be careful about this 31st of October date.

‘It is because Parliament may try and take a no deal Brexit off the table altogether.’

Mr Johnson, in a separate interview with Neil, repeated his pledge to leave the EU on October 31 ‘come what may’.

However he came under pressure for his comments over Britain’s ambassador to the US Sir Kim Darroch in the row over the leak of his diplomatic dispatches.

Mr Johnson’s lack of explicit support for the envoy in Tuesday’s TV leadership debate following a tirade of abuse from US President Donald Trump was widely seen as the final straw in his decision to quit.

But the former foreign secretary insisted his comments in the debate had been ‘misrepresented’ and denied withholding his backing.

Mr Johnson said he telephoned Sir Kim who told him he had not actually watched the debate although his comments had been passed on to him by someone else.

‘He said that what somebody had relayed to him had been a factor in his resignation,’ Mr Johnson said.

‘I think that unfortunately what I said on that TV debate was misrepresented to Kim.’