Say we were keeping score (and he’s totally not), my husband Sten would be winning. He’s two years younger but seems to have at least five years less on the clock.

He has the body not just of an athlete, but a principal ballet dancer in his prime. (He’s so fit he cycled 100 miles of the South Downs Way without even breaking sweat).

He’s an old soul with a shaman’s wisdom and is highly intelligent. He’s a better disciplinarian with the kids and makes them laugh more than me. He’s conscientious and doesn’t understand the word procrastination. He’s good with money — I’d be broke were it not for him — and has a carefree attitude to his appearance.

There’s no high cholesterol or health problems. He drinks in moderation and will have one piece of chocolate instead of the whole bar. He never eats rubbish, tans without burning and gets better looking with age. No wonder he’s an icon for my gay friends. 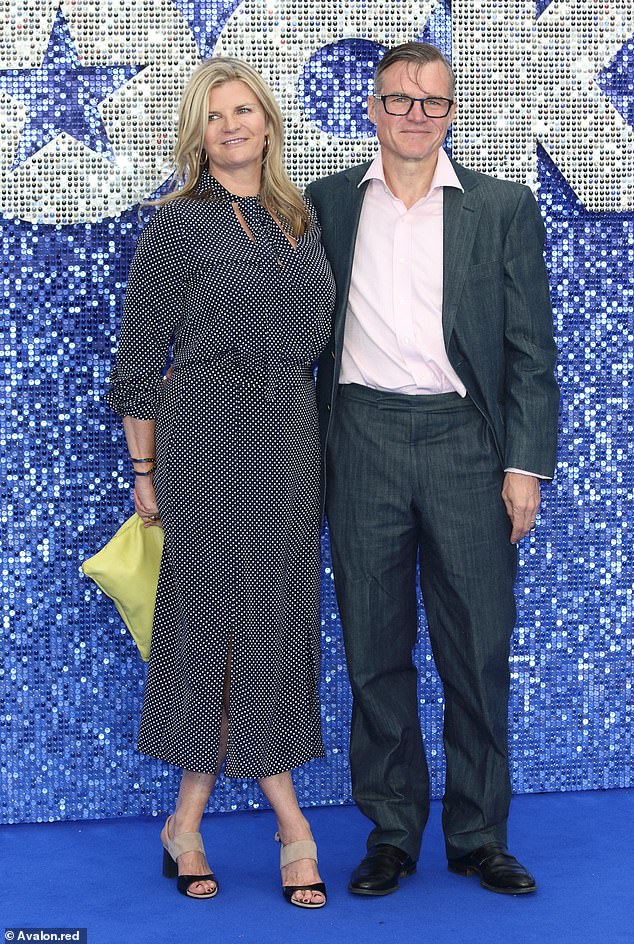 Susannah with a mature Sten. The mother-of-two spoke about her husband Sten in this month’s column

If I wasn’t married to the man, honestly, I’d be highly annoyed by him.

Over his 54 years, he’s been weathered to perfection; smoothed and honed like a piece of marble. Our daughter Esme, 18, says her friends consider him a bit of a dish.

Sten, for all his fabulousness, is totally oblivious to his silver fox status.

He’s always been very low-maintenance and I can honestly say he genuinely doesn’t have a vain bone in his body. He buys clothes because he has to. Most of his wardrobe is threadbare, and when he needs to upgrade, he’ll buy things off eBay.

A pre-loved Burberry mac was the most recent purchase. He asked my advice about getting it and was told a categorical ‘NO’ — I thought he risked looking like a flasher. Did he listen? He never does and irritatingly his natural style made it look pure class.

I envy the freedom older men have from weighing scales, beauty products and worrisome wardrobe malfunctions. And while we women get wrinkles and gather layers around our middle, some men, like Sten, go all Richard Gere and Baron von Trapp.

Ageing faster than one’s partner can make you feel insecure — a feeling exacerbated by having daughters who, from their late teens, are at their most beautiful.

But I’ve come to the conclusion that we should not be so hard on ourselves and not allow envy to dent our self-esteem or damage relationships. 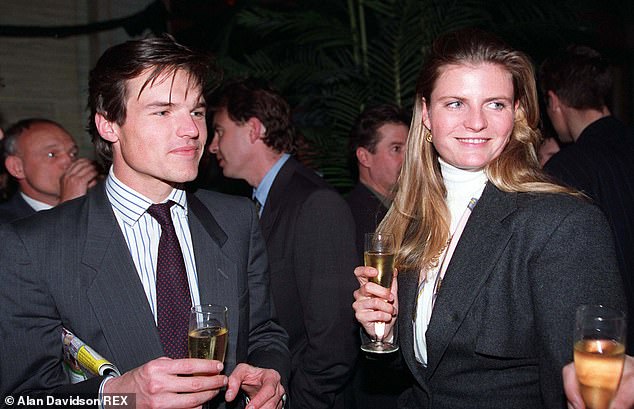 The couple in their early years. ‘There could be green-eyed challenges being married to a silver fox but I just focus on the fact Sten is oblivious to them’, Susannah said

There could be green-eyed challenges being married to a silver fox but I just focus on the fact Sten is oblivious to them. It doesn’t mean he doesn’t still find me attractive. (If I’m not in the mood I have to change into my pyjamas in the bathroom!).

I could beat myself up for not being a ‘good enough’ wife. Instead, I focus on fostering what works for our relationship and our family. If I have a husband who is cleverer, wiser, more level-headed and hot as hell, all I can do is thank my lucky stars.

He’s my better half. And maybe I can pat myself on the back a little for bagging him 25 years ago.

If you share my predicament, remember you are the one he chose and there will be many things you excel at. In our family, Mum keeps the peace and is the in-house therapist when required. She is the cook, driver, cleaner-upper — and her handsome husband’s biggest fan.

These work for me

For the ultimate smokey eye, the Lash Sensational Mascara by Maybelline will see you through all your summer parties. £8.99, boots.com 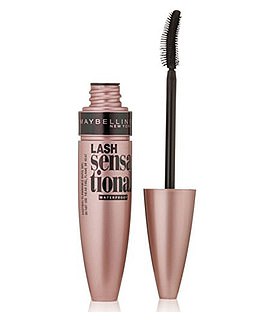 The Lash Sensational Mascara by Maybelline 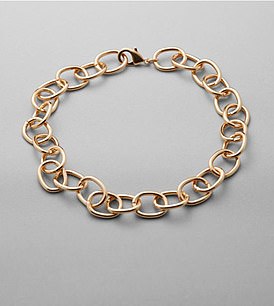 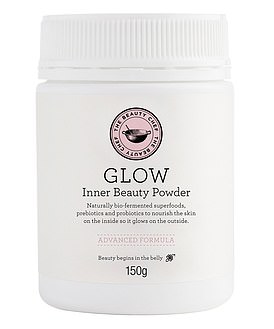 If, like a few friends, you long for your husband to take more care of his appearance, here are my tips to transform him from bedraggled badger to sleek sophisticate.

Those tight jeans, the old leather jacket and the T-shirt with the rock band logo are really doing nothing for him, neither is that ratty little ponytail he’s decided to grow. Older men are much more attractive if they accept their age, and wear clothes that reflect their maturity. Not the knitted grandad cardigan — no, this isn’t what I mean.

He’s also got to remember it’s important to dress to compliment his body shape — so if he has a beer belly, he shouldn’t wear a top that’s two sizes too small (it won’t make him look thinner).

If it’s his receding hairline that is a concern, don’t worry! Lack of follicles means more testosterone, which is linked scientifically to greater virility.

So rather than clinging on to the sparse hair he’s got, let him wield the hair clippers and embrace his inner Jason Statham or Billy Zane.

encourage him to follow the lead of the original silver fox, Cary Grant, and get a pair of bold glasses that make a style statement.

Sten looks so attractive in his. Ditching the contact lenses and going for specs appeal is definitely the way to go.

If your man has been a sloppy dresser for much of his life and needs to sharpen up his image for the first time in his 50s, he’s got some shopping to do.

But most blokes can get at least some service out of even a modest wardrobe. Anything that fits well can be put back into use with a little effort.

Look through his wardrobe for good staple pieces that can form the backbone of a varied wardrobe.

Does he have some grey slacks that he once wore for work, or even the trousers of a suit whose jacket has long since died? Get those back into rotation as his new alternative to jeans and sweatpants. They’re just as comfortable and they’ll look a million times classier when worn with a casual leather shoe.

I also advise NO TRAINERS. Nothing says ‘old man with nothing left to give’ than big, puffy sneakers. You don’t want your man to be that guy.

Same principle with chinos and khakis. Pair them with jackets or a sweater so he doesn’t have that office drone khakis-and-button-down shirt look going on, but for the most part these are still a great alternative to jeans.

One of the perks of middle age for men is being able to wear a jacket any time they want.

However, the fit must be good, so get jackets altered to ensure a flattering, tailored look.

Hopefully, years of buying work clothes will have left him with a decent shirt collection.

Keep a few plain white ones — a little crispness goes a long way.