Shocking footage shows the moment an elderly man is pushed in front of a moving car for no apparent reason in Chicago.

He then suddenly pushes the elderly man in front of a moving cab passing along the street at 415 North Dearborn, Chicago. 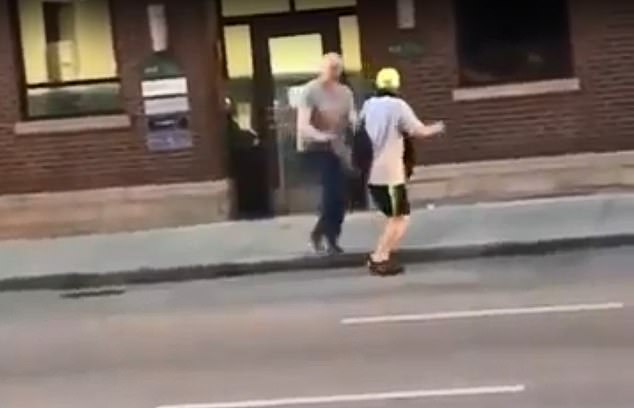 A large thud can then be heard as he hits the bumper and is hurled on to the ground, looking bemused as his attacker walks off after the shocking incident.

A bystander who is believed to have recorded the footage suddenly screams ‘Oh s**t’ when the man is struck by the moving vehicle.

Chicago police were unable to find any report filed to document an incident like this in the past seven days, reported. 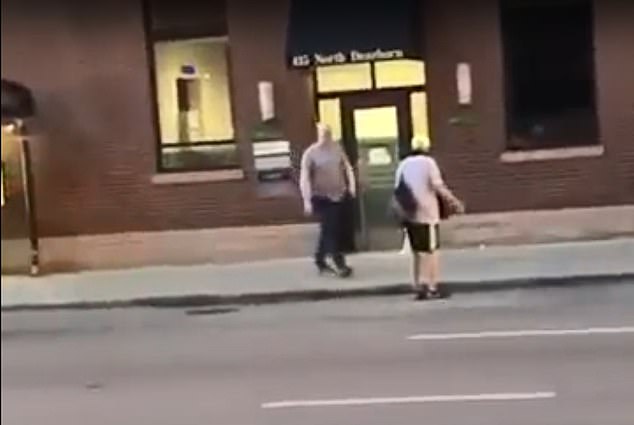 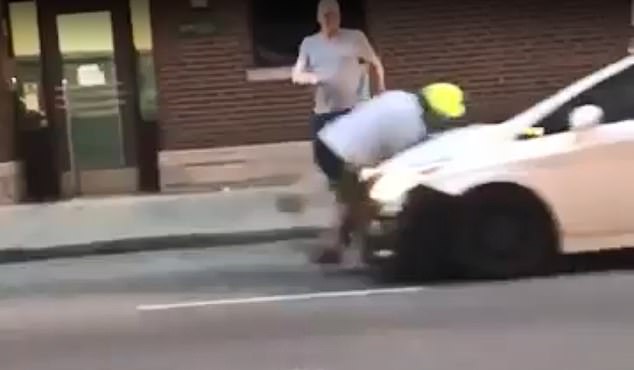 The perpetrator then suddenly pushes the man in front of a moving cab passing along the street at 415 North Dearborn, Chicago

The Chicago Fire Department did not immediately respond to an inquiry about the incident. It is not known if the victim sought medical attention or had any injuries.

It is not the first time an incident like this has happened.  Cadesha Bishop, 25, was charged with pushing a 74-year-old man off a bus to his death in Las Vegas last April.

On March 21, security video caught Bishop shoving Serge Fournier off a public transit bus in Las Vegas after he asked her to be nice to other passengers. 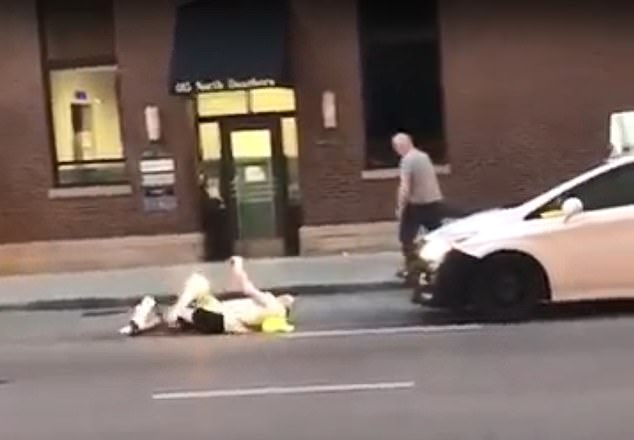 The elderly man is seen lying helpless on the ground as the assailant walks off. It is unclear whether he was taken to hospital or if he had severe injuries

Fournier hit his head on a sidewalk, and the Clark County coroner ruled his death on April 23 a homicide resulting from his injuries.

Bishop was arrested on May 6 on a murder warrant.

In police documents Bishop is accused of shoving Fournier out the door ‘with enough force that he never touched any of the steps’ before hitting his head about eight feet from the bus.

According to the arrest report, witnesses saw her walking away from the bus without offering Fournier help, grabbing her son’s hand and leading him away.

In the CCTV clip taken from the bus’ security cameras, Bishop can be seen talking to Fournier as he walked past carrying a walker and heading towards the door.