One of ‘s top team quoted a rap by grime star Stormzy as she blasted in the Commons today.

Shadow women and equalities minister Dawn Butler lashed out at the favourite’s record, sparking fury on Conservative benches by calling him a ‘casual racist and a misogynist’.

But after she was deemed not to be out of order by Speaker John Bercow the 49-year-old Brent Central MP adapted the Glastonbury headliner’s song Vossi Bop.

Seeking assurances that the women and equalities agenda will ‘not go backwards’ under the next prime minister, she said: ‘To adapt Stormzy lyrics, we have to be honest, rule number two, don’t make the promise, if you can’t make the deal just be honest, equalities will never die, it’s like Chuck Norris, rather chuck this government and chuck Boris.’

It provoked laughter in the sparsely-attended session.

The actual lyrics from Stormzy’s original version include ‘f*ck the government and f*ck Boris’, which could have been considered as unparliamentary language. 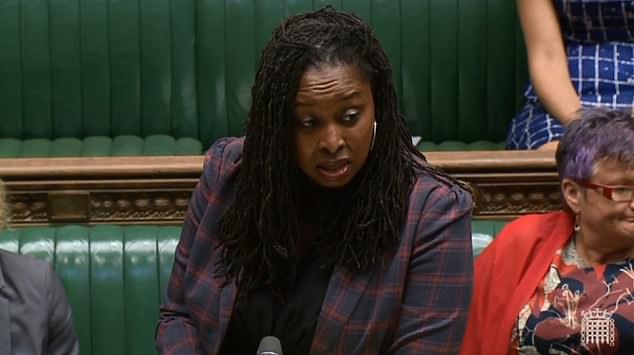 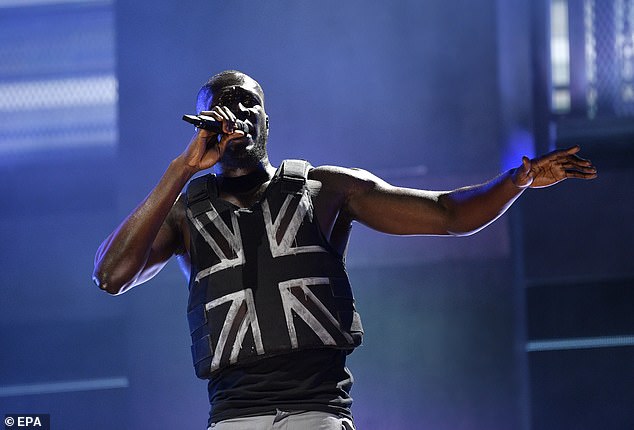 The actual lyrics from Stormzy’s (pictured at Glastonbury last month) original version include ‘f*ck the government and f*ck Boris’, which could have been considered as unparliamentary language. 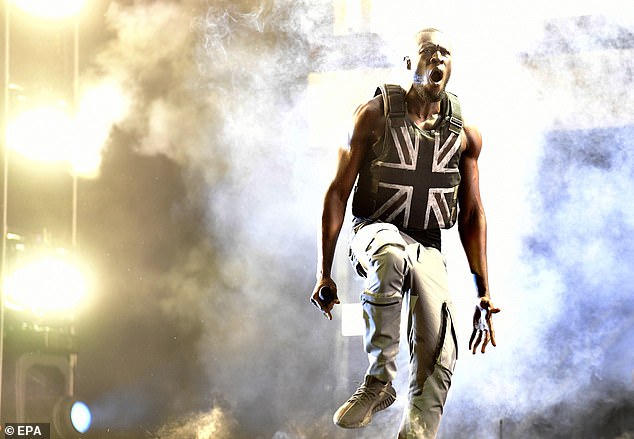 Stormzy got 100,000 people to shout ‘f*ck Boris’ as he headlined Glastonbury in Junet – with it aired live on the BBC.

He also wore a stab vest on the Pyramid Stage made by the elusive artist Banksy.

But during his act he sang ‘Vossi Bop’, which includes the lyrics: ‘I’ll never die, I’m Chuck Norris.’

He then held out his microphone and the crowd chanted the rest of the words: ‘F**k the government and f**k Boris.’

Frontbencher Ms Butler raised questions about the impact of the race disparity audit and gender pay gap regulations implemented by Theresa May, noting they are ‘symbolic of her failures’.

Ms Butler added to MPs: ‘We now have a real possibility of a casual racist and a misogynist entering Number 10.

As heckling came from the Conservative benches, Commons Speaker John Bercow said: ‘Let me be absolutely clear, nothing disorderly has occurred – people have free speech within the rules of the House. I will adjudicate the enforcement of those rules.

‘Nothing disorderly has taken place.’

Ms Butler went on: ‘I could go through the list of things that have been said but we just haven’t got time.’ 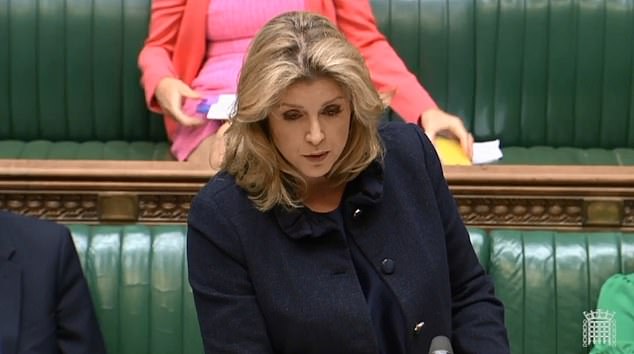 Women and equalities minister Penny Mordaunt defended Mrs May’s policies, saying she can be proud of what she did in terms of the race disparity unit and other issues.

Women and equalities minister Penny Mordaunt defended Mrs May’s policies, saying she can be proud of what she did in terms of the race disparity unit and other issues.

Ms Mordaunt alluded to the BBC Panorama programme on anti-Semitism as she added: ‘I’d just gently point out to the Opposition frontbench and all members of the Labour Party that they really should have come to the House today with a bit of humility following what we saw, the shocking and quite frankly chilling.

‘I would state there are members of the Labour Party, a once great political party, who are standing up for the Jewish community and long may they continue to do that.

‘But the frontbench really has to understand the graveness of what we saw.

‘It’s one thing to be incompetent and failing to grip a situation, it’s quite another to be complicit in it.’