Sir David Attenborough has compared growing public concern with plastic to changing perceptions of slavery in the 19th century.

Addressing MPs yesteday, he said public attitudes on climate change and plastic waste had evolved similarly to those on slavery, which ‘totally transformed’.

He said: ‘I suppose that there was a time in the 19th century when it was perfectly acceptable… to actually own another human being as a slave… the public perception of that totally transformed.’ 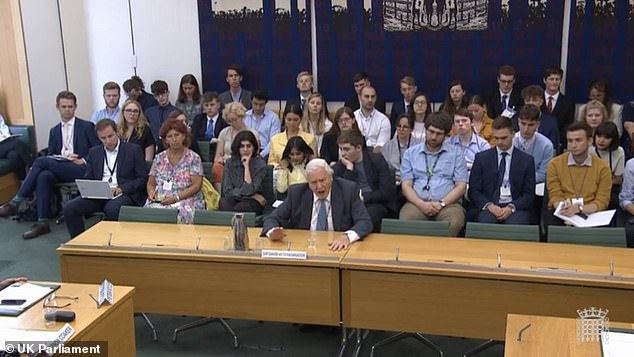 He told the Business, Energy and Industrial Strategy Committee: ‘There’s a huge change in public perception [of plastic]. I suspect we are right now in the beginning of a big change.’

Sir David credited young people for bringing about the change, saying the electorate of tomorrow already understand the changes that need to be made.

The naturalist told MPs that dealing with environmental problems will cost money and will require changes to people’s lifestyles – such as in their diet and with regards to air travel. He suggested that the price of flights should go up to ease the impact on the climate. 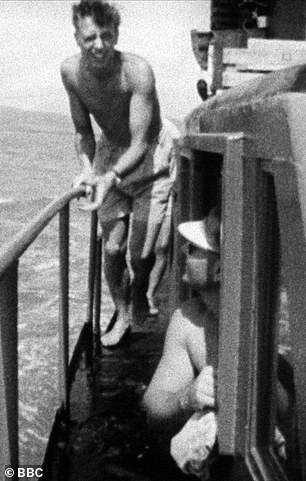 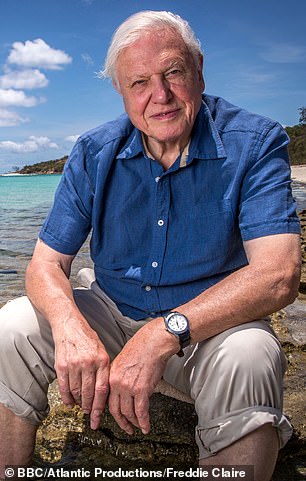 Quizzed on whether the UK’s new legal ‘net zero’ target for 2050 was realistic, Sir David said: ‘The question is what is practically possible, and how can we take the electorate with us in dealing with these problems.

‘Dealing with problems means we’ve got to change our lifestyle.’ And while the 93-year-old said the issue was unlikely to affect him, ‘the problems of the next 20 to 30 years are major problems that are going to cause great social unrest and great changes in what we eat and how we live’.

Sir David warned: ‘If the world climate change goes on, it is going to be facing huge problems with immigration. Large parts of Africa are going to be even less inhabitable than they are now… These kind of problems are going to grow inexorably and we are going to have to decide what we do about it.’

Asked if he was optimistic about the future, he said: ‘I feel an obligation – the only way you can get up in the morning is to believe we can do something about it, and I think we can.’ 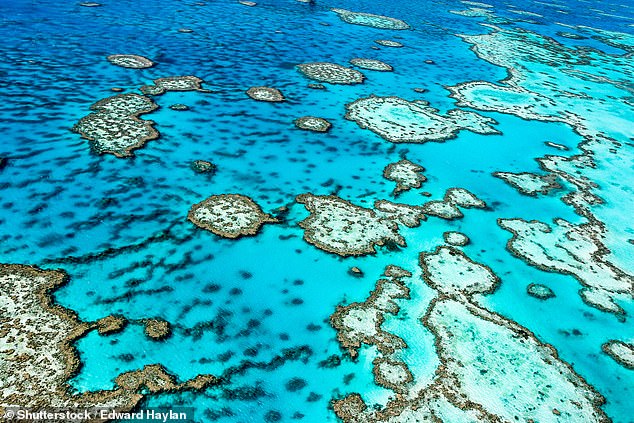 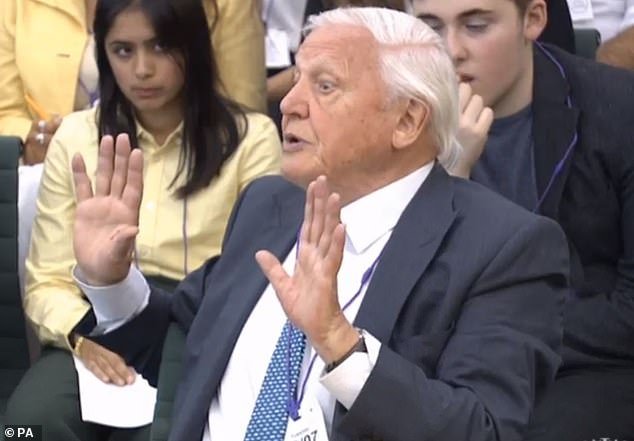 Latest series of Escape to the Chateau sees Dick and Angel unveil striking copper bath
Meghan Markle donned a sari and embraced Indian culture on charity
Almost one-in-eight Britons have had suicidal thoughts because of their own body image
Irish PM Leo Varadkar says the UK has no 'realistic' plan for replacing backstop
X-rays show effect that killer virus had on 33-year-old's vital organs
Travellers with suspected coronavirus could be DETAINED at UK borders
Coronavirus UK: Hospitals could run out of personal protective equipment in 24 hours
New Zealand goes 100 days without ANY community transmission of coronavirus