Chilling new claims have emerged concerning ‘s recent nuclear submarine catastrophe as a report alleges ‘sabotage’ has not been ruled out as a cause of the devastating fire that led to 14 deaths.

It is now reported that the inferno on the Losharik ‘spy’ submersible came when the vessel was docked underwater with its much larger ‘mothership’, not sailing free on its own.

This may explain comments at the funerals of the dead submariners – among them some of Russia’s most respected sea captains – that the incident could have sparked a ‘catastrophe of global proportions’ if not for the selfless actions of the crew in giving their lives to stop the flames spreading. 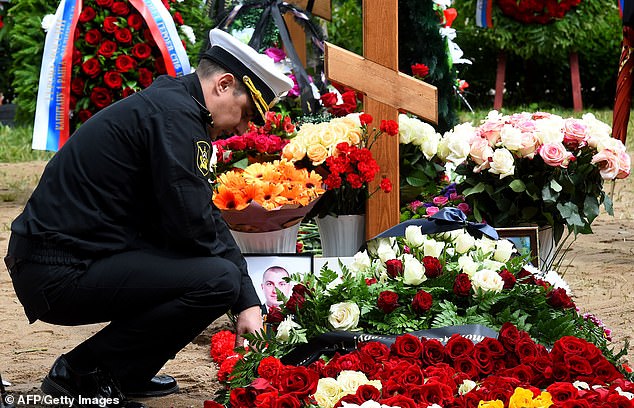 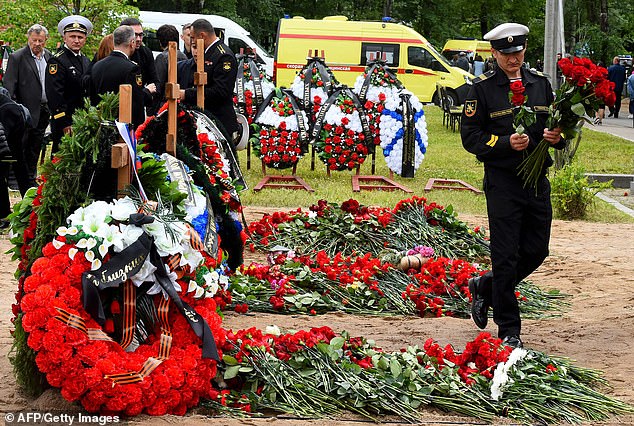 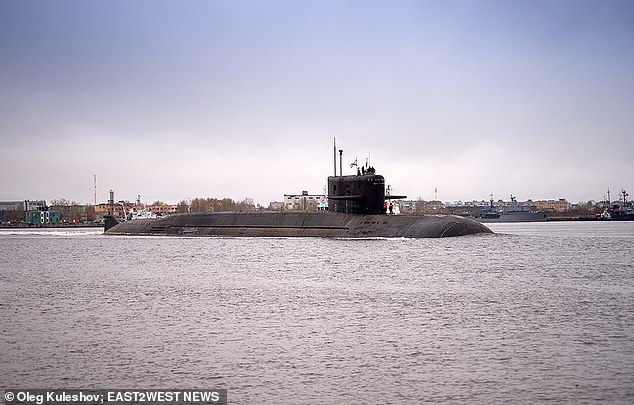 It is now reported that the inferno on the Losharik ‘spy’ submersible came when the vessel was docked underwater with its much larger ‘mothership’, not sailing free on its own

The revelation suggests that the 14 crew who sacrificed their lives in fighting a devastating blaze saved not one but two nuclear submarines from disaster.

An investigation by respected Russian news outlet RBC cited anonymous sources to claim that the deep water Losharik had completed a secret task before docking with its submarine-carrier – the 548 ft long nuclear-powered Podmoskovie also known as BS-64.

It was at this point that the emergency arose, it was claimed.

Previously it had been believed the Losharik was operating on its own at a depth of 920 ft when an ‘explosion’ and serious fire occurred in the nose section.

A source familiar with the investigation said: ‘If the nose compartment had not been battened down, the fire could have spread to the (attached) carrier submarine.

‘And we would have faced the death of a lot more people – and possibly losing both ships, the Losharik and the Podmoskovie.’

The larger submarine has two on board VMF-SG nuclear reactors while the Losharik has one atomic power unit.

A top secret official commission to establish the cause of the fire is examining whether ‘sabotage’ was behind a short circuit in lithium storage batteries which sparked the underwater blaze, said the report.

The main theory is that it was an accidental short circuit even though there has been no such previous incident.

‘There has been no single serious accident with these batteries in the entire 45 years these submarines have existed,’ said a source ‘familiar with the course of investigation’.

‘The second version that is not ruled out by the commission is sabotage,’ reported RBC citing the same source. 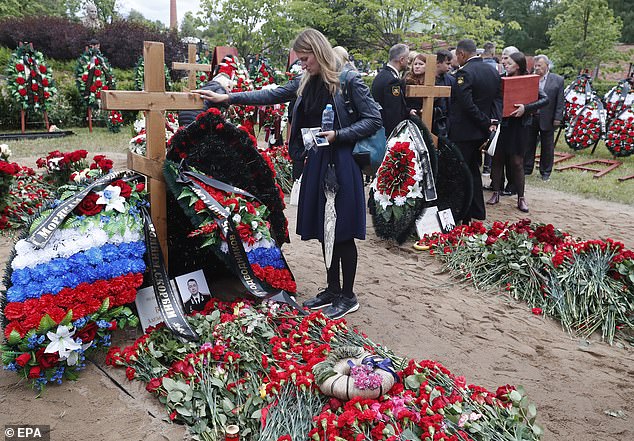 ‘An element that led to the explosion could have been installed’ (on the submarine, said the source.

The seemed ‘unlikely’ because of Russian military security systems but it is being investigated, said RBC.

The claim that the Losharik was attached to its mothership may be the reason for a poignant tribute at the weekend funerals.

Capt. Sergei Pavlov, an aide to Russia’s naval commander, praised the heroism of the 14 who died as they battled to stop the fire from spreading in the submersible.

‘With their lives, they saved the lives of their colleagues, saved the vessel and prevented a planetary catastrophe,’ he said.

His vivid comment seemed at odds with Kremlin spokesman Dmitry Peskov who said there was no indication the fire had posed a threat of nuclear calamity. 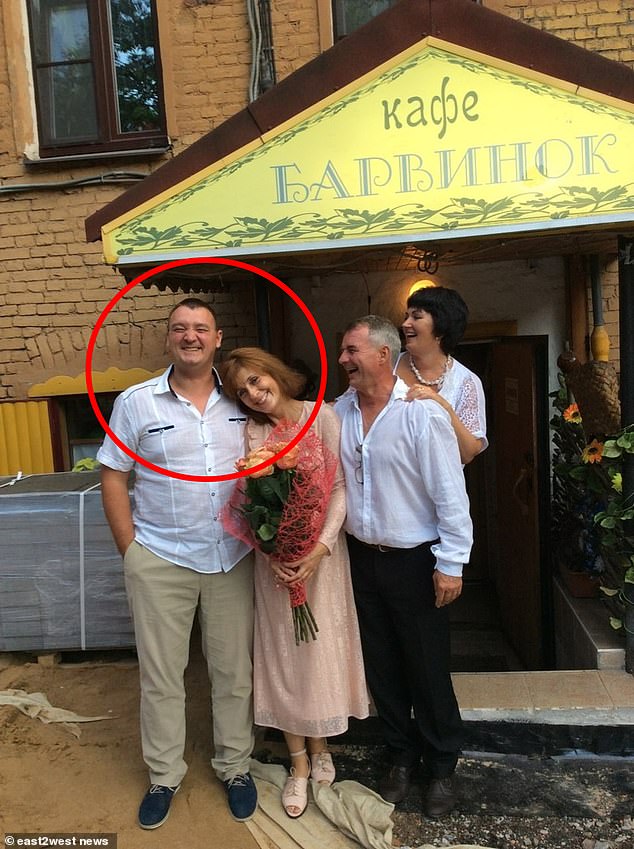 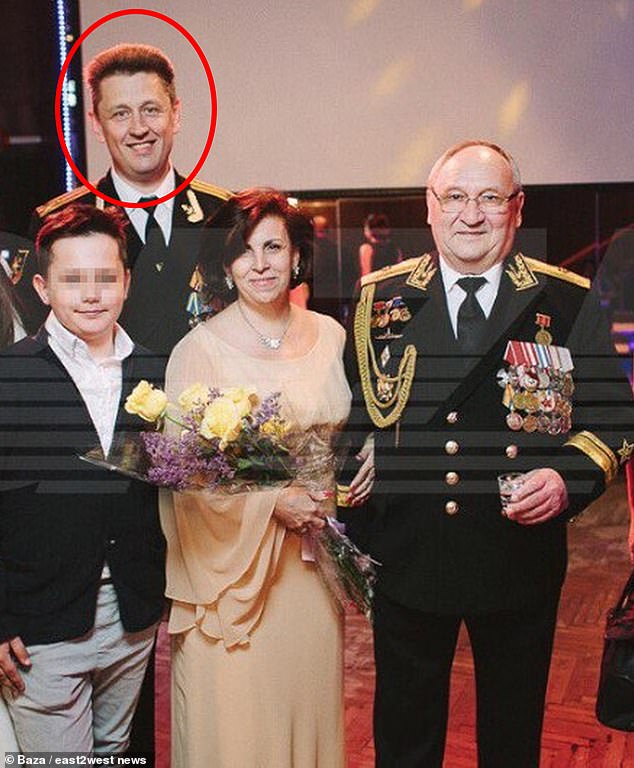 ‘As for the reactor, there are no problems with that,’ he said.

‘All the necessary measures were taken by the crew to protect the reactor, which is in complete working order.’

Yet the Kremlin’s gratitude to the dead seamen was revealed with awards to the crew.

It also acts as an electronic shield – obscuring the sonar of larger submarines sailing in its wake.