A South Korean TV star has resigned over claims he secretly filmed a woman’s lower body, in the country’s latest celebrity spycam scandal.

Presenter Kim Sung-joon pleaded for ‘forgiveness’ after police allegedly caught him red-handed at a metro station in Seoul.

Another passenger noticed Kim filming covertly and alerted police, according to news agency .

Police said Kim had initially denied taking pictures – but they then found a photo of the woman on his phone. 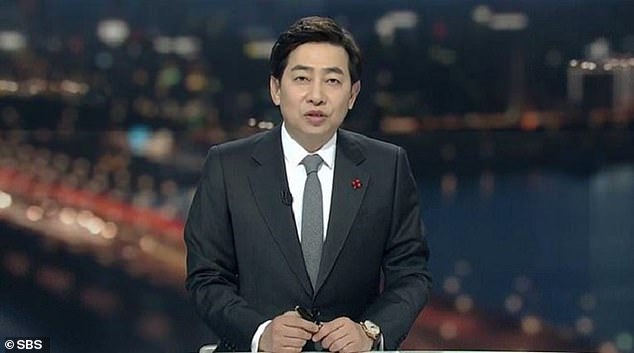 The 55-year-old has now left his job at national broadcaster SBS.

‘I apologize for leaving a permanent scar on the victim’s heart,’ Kim said in a statement.

‘I also wish to ask for forgiveness from everyone at SBS, my former workplace, for causing the trouble.’

According to the Korean news agency, he was the lead presenter of SBS’s flagship news programme until May 2017 and later worked as a writer.

The phenomenon of ‘molka’, the use of secret cameras to take explicit pictures of women, has shaken South Korea’s entertainment industry.

In March this year, K-pop star Jung Joon-young was arrested on charges of filming and distributing illicit sex videos without the consent of his female partners. 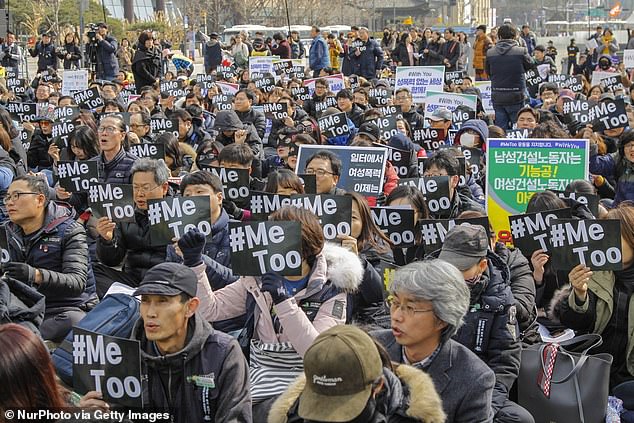 Jung admitted to filming women and sharing them online, and announced his immediate retirement from showbiz.

Fellow K-pop singer Seungri was also a member of the chatroom, it was alleged, and similarly quit the business.

Seungri is also linked to a police investigation into Burning Sun, a nightclub where he was a public relations director.

Staff there are alleged to have used hidden cameras to film women and used alcohol and drugs to sexually assault them.

The scandal was a blow to the K-pop industry which is marketed by the South Korean government as a key cultural export.

Gordon Ramsay's restaurant retains its three Michelin stars for the SEVENTEENTH consecutive year
SEBASTIAN SHAKESPEARE: George Galloway crowdfunds £60,000 for film about death of Dr David Kelly
Meet the pet owner who replaced his girlfriend's boxer with two more when he died
The end of the sweetie shop? Sweets could be forced off the shelves under Government plans
New rocket attack is launched on US embassy in Baghdad
How to pick the perfect paradise island in the Maldives
Thousands of tourists and expats are stranded after country entered two-week lockdown
Victoria to announce more than 600 new coronavirus cases after suffering its worst day