star Daniel Sturridge has released an incredible video in which he begs for his dog back after his house in Los Angeles was ransacked.

The former  striker uploaded a clip of himself showing off the back door to his house in West Hollywood, which had been smashed to pieces as part of the raid.

And he asked for the return of his dog, known as Lucky Lucci, a Pomeranian with husky markings — supposedly the only one in the world, during the video. 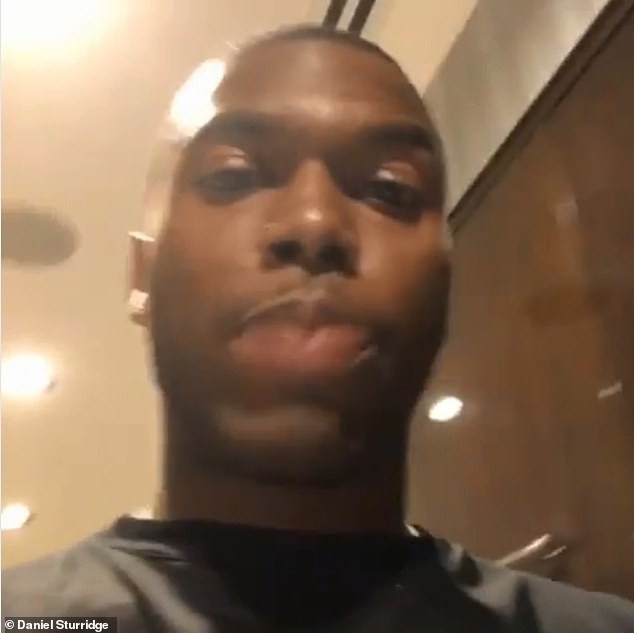 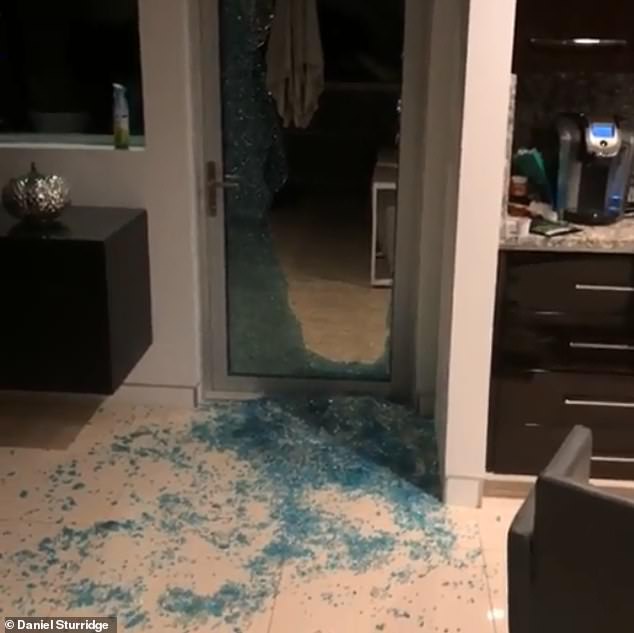 His Los Angeles home has been raided overnight, with thieves taking the dog via the back door 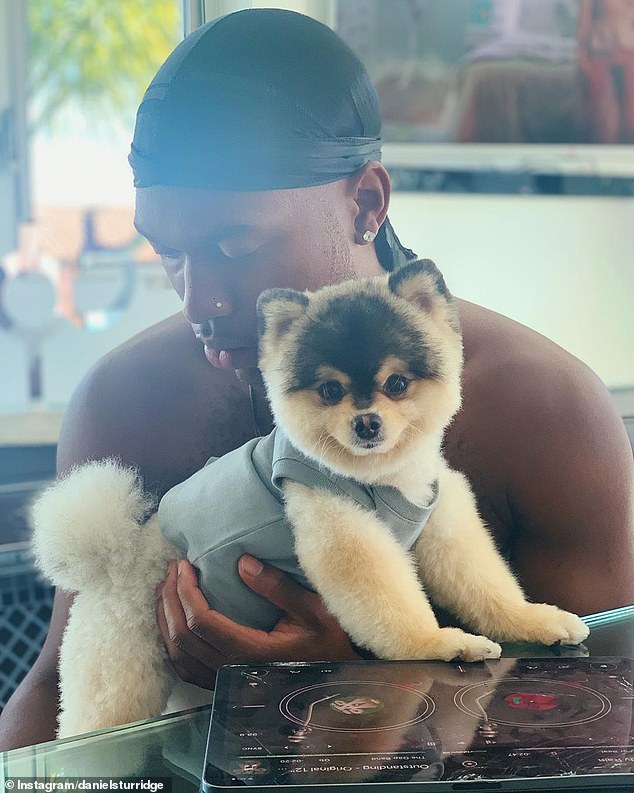 Sturridge holding the dog, which has been taken in the raid on his Los Angeles home 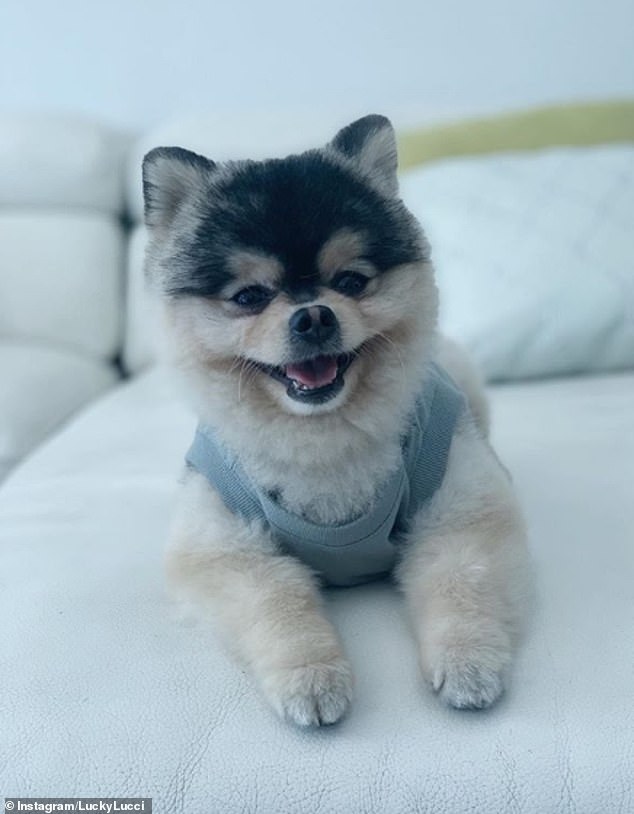 A photograph of the dog, known as Lucky Lucci, uploaded to Instagram on Monday afternoon 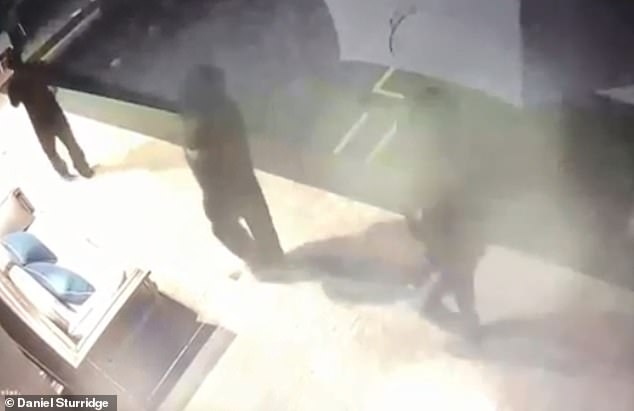 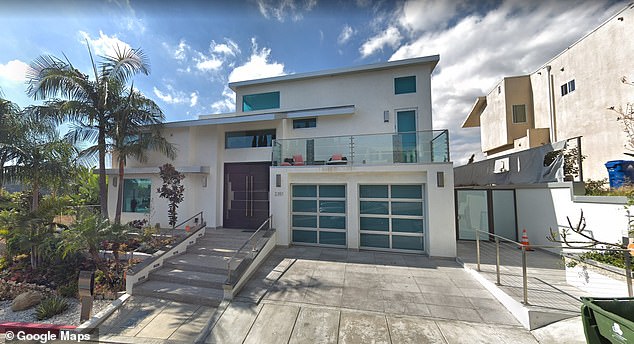 The house Sturridge has been staying in, which the dog was stolen from on Monday night

In an appeal to those watching on social media, Sturridge said: ‘Listen, someone has broken into the house in LA, took my dog from the house. Listen, whoever knows who broke into my crib, I’ll pay you anything, I’m dead serious.

‘Yo, somebody please find my dog, I’ll pay anything, I’m dead serious.’

‘You aren’t going to get more than that anyway, and if you are, let me know and I’ll pay more than them. I want my dog back.’

In a further video, Sturridge added: ‘Bro, they’ve took my dog, they’ve took two or three bags from my house. They’ve jumped over the fence.

‘We’re in Los Angeles, West Hollywood. Look, my shirt’s on the floor. They’ve jumped over the fence. Whoever is so ballsy to come and take my dog, look we can get you money, it’s not about the money. 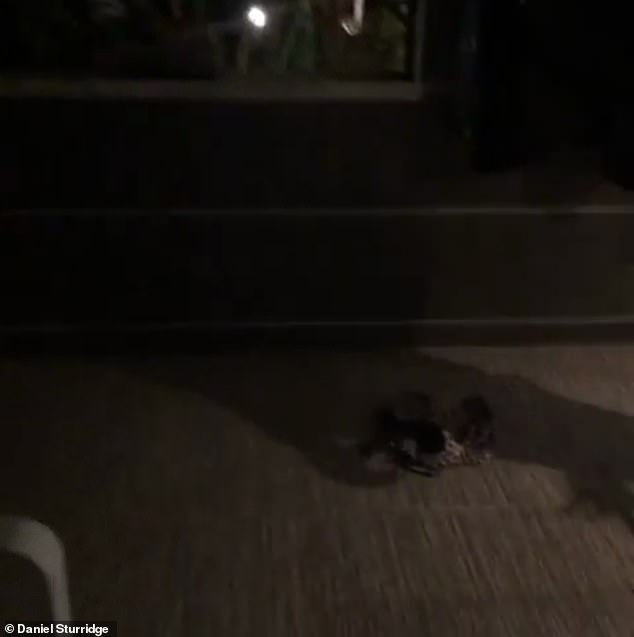 He showed his shirt lying on the floor just outside his house, with thieves having stolen bags 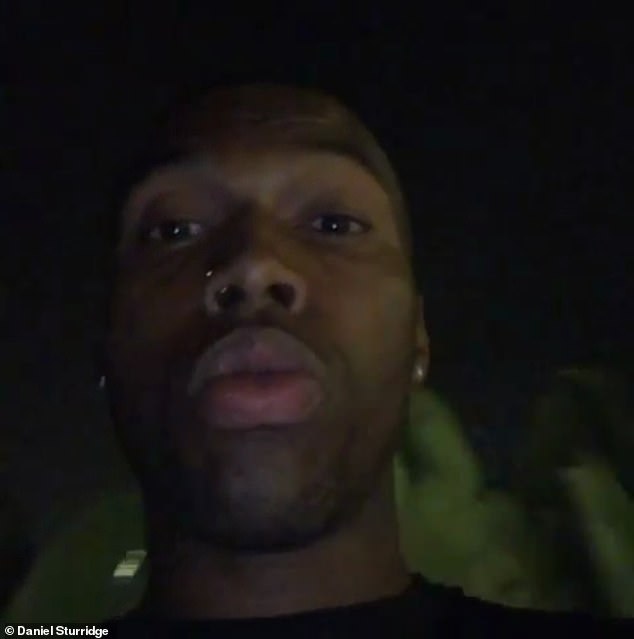 ‘If you’re trying to make money, come back and we’ll pay you for the dog fam, it’s nothing. Don’t go selling my dog to someone else, we’ll pay more. It’s as simple as that.

‘Come back to the crib, bring the dog back, organise it however you want to organise it.

‘I want the dog back, we’ll pay anything for the dog.’

And on his social media story, he continued: ‘It’s a Monday, fam. Who was at the house at 11.30? We’ve been away for two hours. It doesn’t make any sense.

‘Someone find my dog please. Like I said before, I’ll pay anything. It’s not about the money. I just want my dog, simple as that.’

In an emotional caption, he also wrote: ‘Somebody stole my dog. I’ll pay anything. I want him back.’ 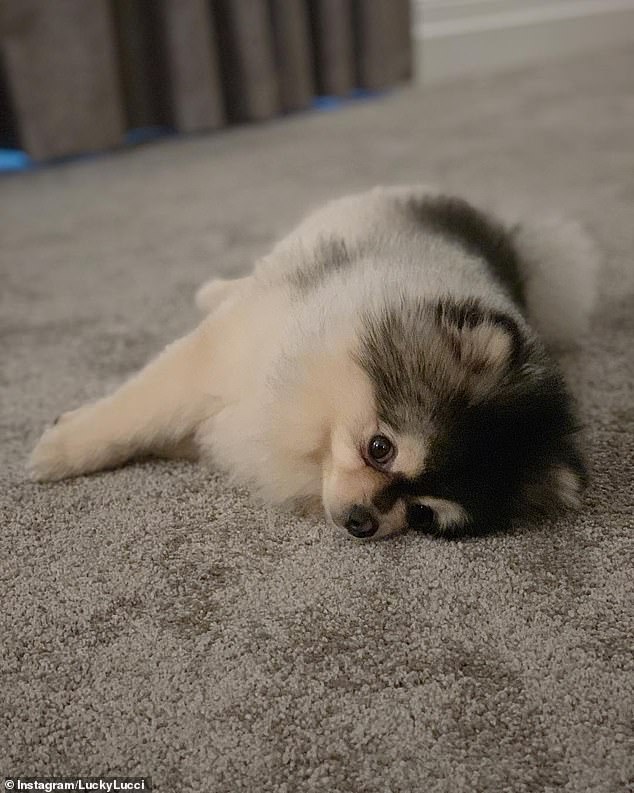 Sturridge added: ‘I’ll pay anything. It’s not about the money. I just want my dog’ 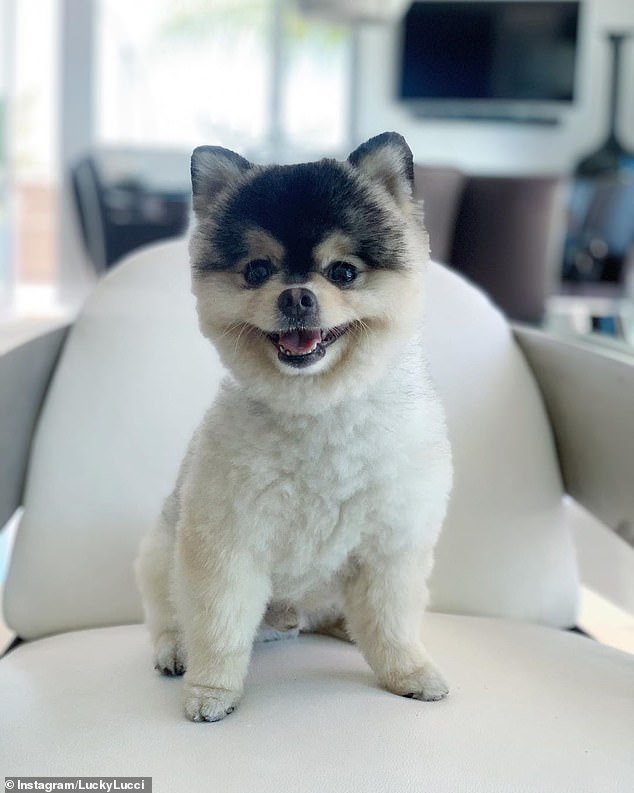 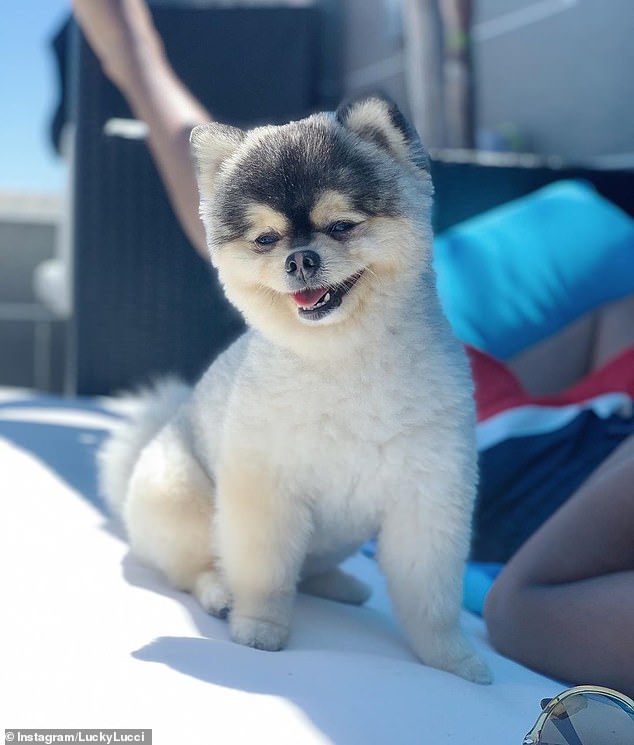 Sturridge has owned the dog for at least a year and a half and keeps an Instagram account exclusively dedicated to pictures of the animal — which has over 2,800 followers.

The footballer ended his time with Liverpool — where he earned around £120,000 a week — after winning the Champions League at the end of last season. He is currently on the lookout for a new club.

The striker, who has 26 caps for the England national team, has spent a chunk of his summer in Los Angeles as he prepares for the new season. 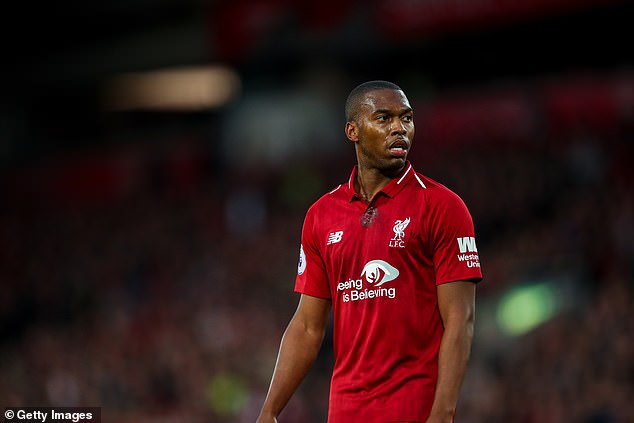 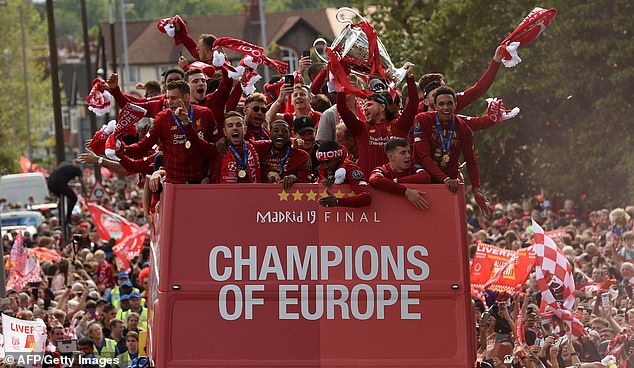 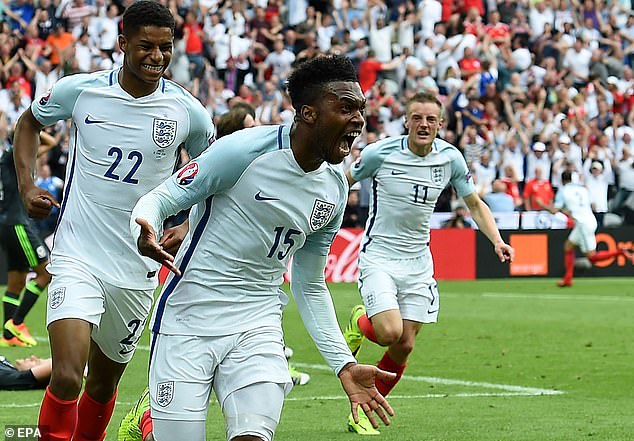 MAFS Sarah Roza undergoes IVF remedy to have a toddler on her personal
Woman, 35, runs into a takeaway store with blood gushing from her neck after being stabbed to death
Thug brutally stabs man after he is slipped knife by friend during row with US tourist in Birmingham
Thousands of commuters face chaos as South Western Railway workers begin five-day strike
KAY BURLEY: I didn't want to like Boris Johnson but I couldn't help it
Australian authors hit out at Duchess of Sussex for ripping off their book
Doha disaster: 2019 World Athletics Championships' woeful attendance and lack of atmosphere
Emma Thompson moves to Scotland house for lockdown days after getting Italian citizenship