Ant McPartlin appeared to have a fit of the giggles as he enjoyed a date day with girlfriend Anne-Marie Corbett at ‘s Centre Court on Monday.

The couple, who have been dating for around nine months, looked cosy as they took to their seats.

Ant, 43, looked smart in chinos which he wore with a white shirt and a navy blazer as he larked around before greeting Lisa Snowdon with a kiss. 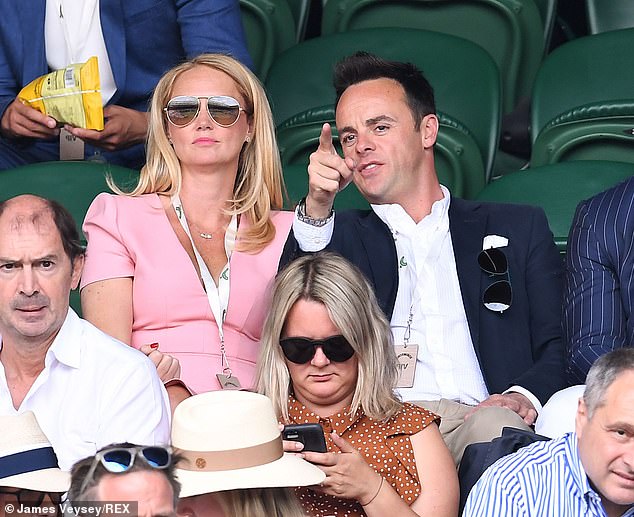 Wimbledon 2019: Ant McPartlin and girlfriend Anne-Marie Corbett took to their seats at Centre Court on Monday on the seventh day of the tournament 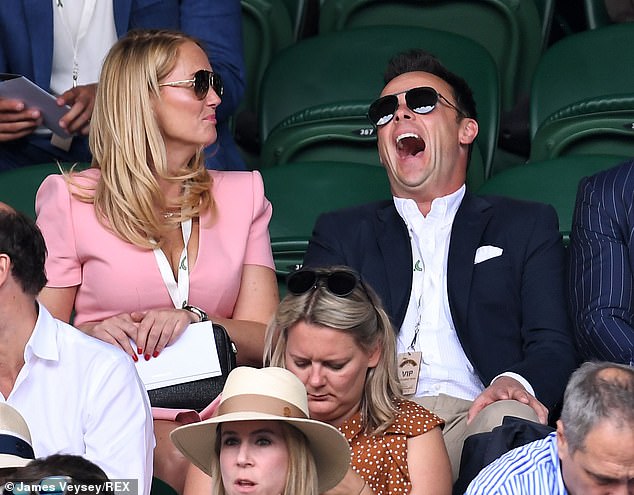 Something funny? The pair appeared to be in fits of laughter as they conversed, alhough it’s unclear what they were laughing at

Pick pink like Anne-Marie in a dress by Alexander McQueen

We’ve previously spotted Anne-Marie Corbett wearing labels like BA&SH, Fabienne Chapot and Goen.J, so she clearly knows her stuff when it comes to style. But she really pulled out all the stops for her trip to SW19 today!

She joined Ant McPartlin to watch some tennis at Wimbledon, and she chose a pretty pink dress by Alexander McQueen for the occasion. We love the structured shoulders, V-neck and flared shape. Very Duchess of Cambridge-esque, don’t you think?

Click (right) to buy it at MyTheresa, where it’s now reduced in the sale. The pop of pink will ensure you stand out from the crowd of LBDs or tennis whites so it’s worth every penny.

Or check out the best of the rest in our edit below, starting from just under £20 at Dorothy Perkins.

Anne-Marie wore a pastel pink dress and had a contrasting red manicure as she clapped along to the game with Ant.

The couple have been dating since the end of Ant’s marriage to Lisa Armstrong – they split last year and announced their plan to divorce in January.

Lisa had said she had previously been friends with Anne-Marie. 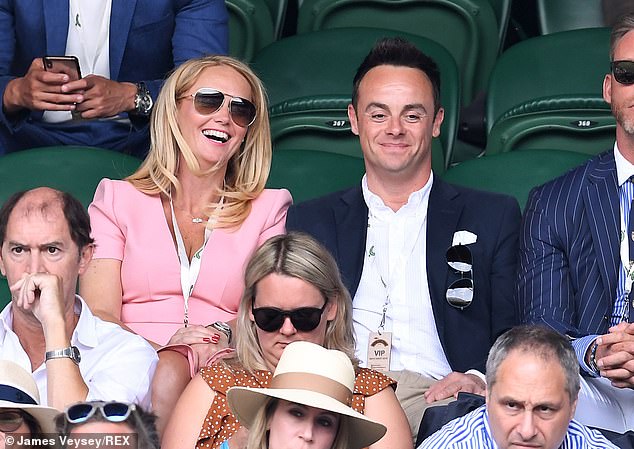 Chic: Anne-Marie wore a pastel pink dress and had a contrasting red manicure 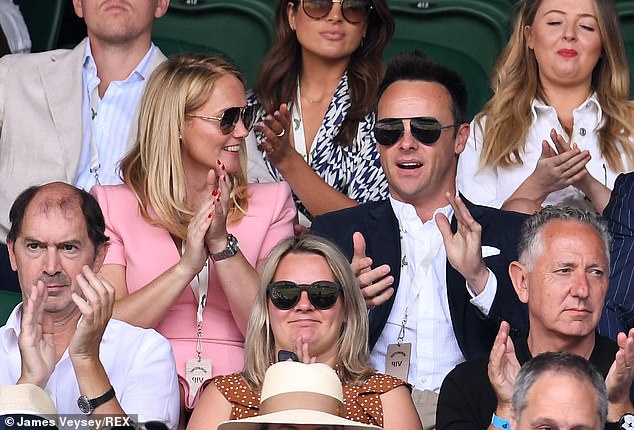 Into it: They clapped along to the game and appeared to be getting along nicely

Ant and Anne-Marie were in good company on the day, with the likes of Sienna Miller, Nicole Richie, Ruth Wilson and Pippa Middleton all in attendance.

The day has been branded ‘Manic Monday’ due to the amount of matches taking place.

No doubt the spectators will be keen to check out tennis sensation, Coco Gauff, 15, as she prepares to take on Simona Halep. 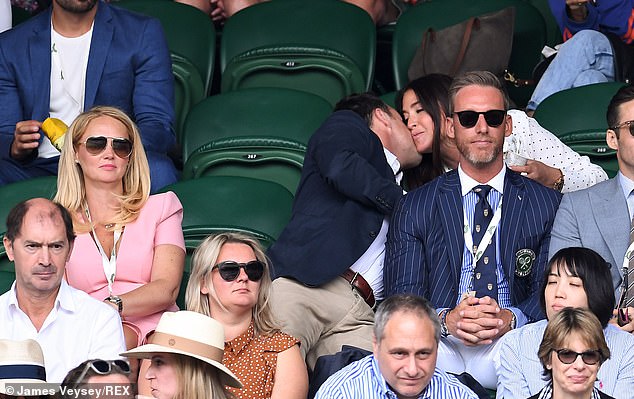 Fancy seeing you here: Ant leaned over to give Lisa Snowdon a friendly kiss 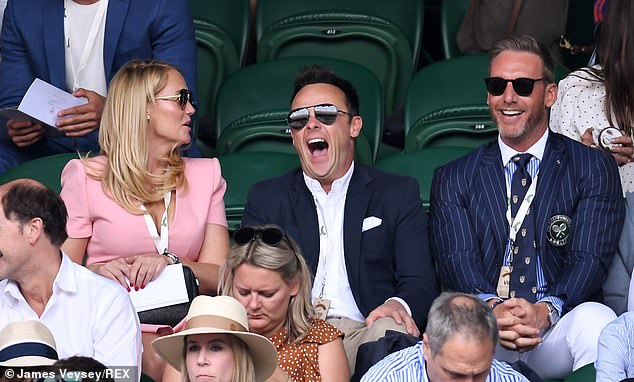 Something making you laugh? Ant and Anne-Marie were soon back to laughing

The US teenager, who beat her idol last Wednesday, fought back from the brink of defeat to see off Polona Hercog on Friday, will play former world number one Simona for a place in the last eight.

Coco, ranked 313 in the world at the start of Wimbledon, is already guaranteed prize money of at least £176,000 – tripling her career earnings.

And she has won an army of celebrity fans including former First Lady Michelle Obama and rap star Snoop Dogg. 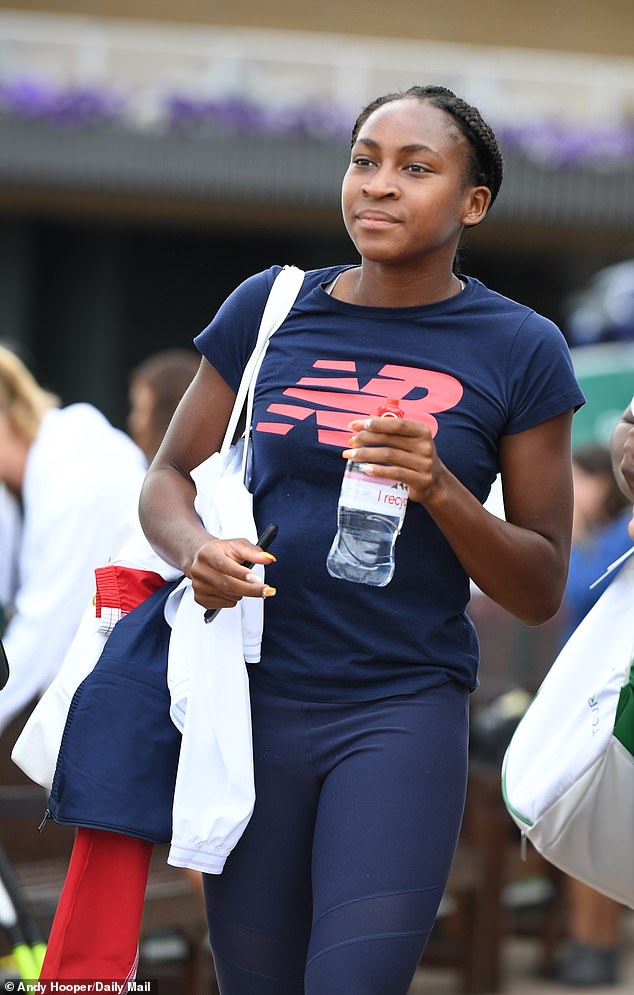 Big day: No doubt the spectators will be keen to check out tennis sensation, Coco Gauff, 15, as she prepares to take on Simona Halep 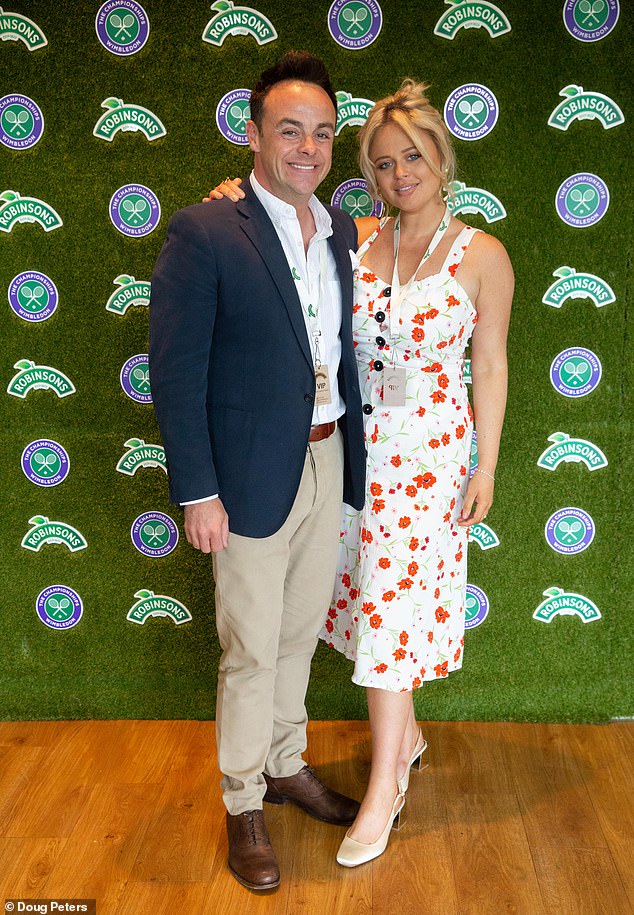 Hanging out: Ant as pictured with Emily Atack in the Robinson’s suite earlier on in the day

She is set to be a millionaire at 16, having signed to Roger Federer’s Team8 agency and with sponsorship deals with sports brands Head and New Balance.

Experts say she has the potential to become the highest paid female athlete of all time – winning Grand Slam tournaments could see her earn £100million a year.

Coco’s thrilling win against Miss Hercog on Centre Court on Friday was watched by 5.2million viewers, the highest BBC audience for Wimbledon this year. 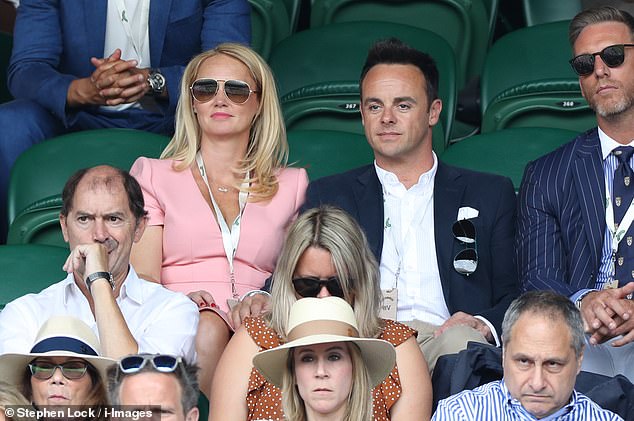 Awkward: Ant and Anne-Maried have been dating since the end of Ant’s marriage to Lisa Armstrong – they split last year and announced their plan to divorce in January 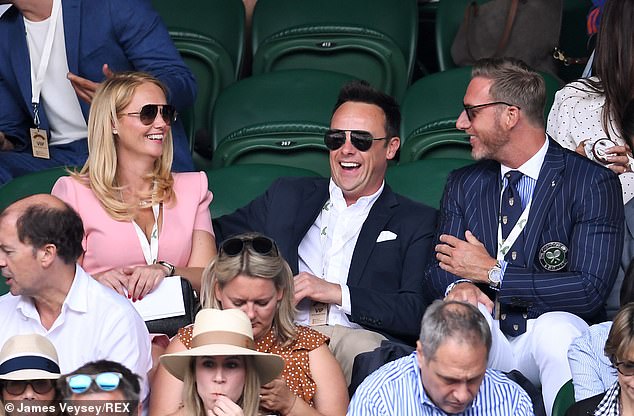 Loving life: They appear to be getting along swimmingly and Ant seems happier than ever

Cardi B flaunts her pert posterior and pins in semi-sheer shorts as she leads the style at PFW show
Christina Aguilera reunites with Lil' Kim for live performance of Lady Marmalade on Liberation Tour
Naomi Watts wears lilac trouser suit at Hugo Boss in New York
Penny Lancaster has piled on TWO STONE since having kids
Jodie Kidd soaks up the sun alongside beau Joseph Bates in Barbados
Anthony Drew debuts new girlfriend on Instagram a year after VERY public split from Leah Costa
Helen Mirren, 74, puts on a dazzling display in holographic black and silver ballgown
Lewis Capaldi hits back at critics after going ahead with concert amid coronavirus pandemic