‘s ex-wife Cassandra Thorburn, 48, is set to put the couple’s $8 million Cremorne mansion on the market.

The Studio Ten panelist is ensuring the palatial home is ‘prepped to go on the market’ with real estate agents seen inspecting the home this week, according to a report in .

The report goes on to say North Shore agents have been keen to get their hands on the property, with the former couple prepared to ‘split the profits.’ 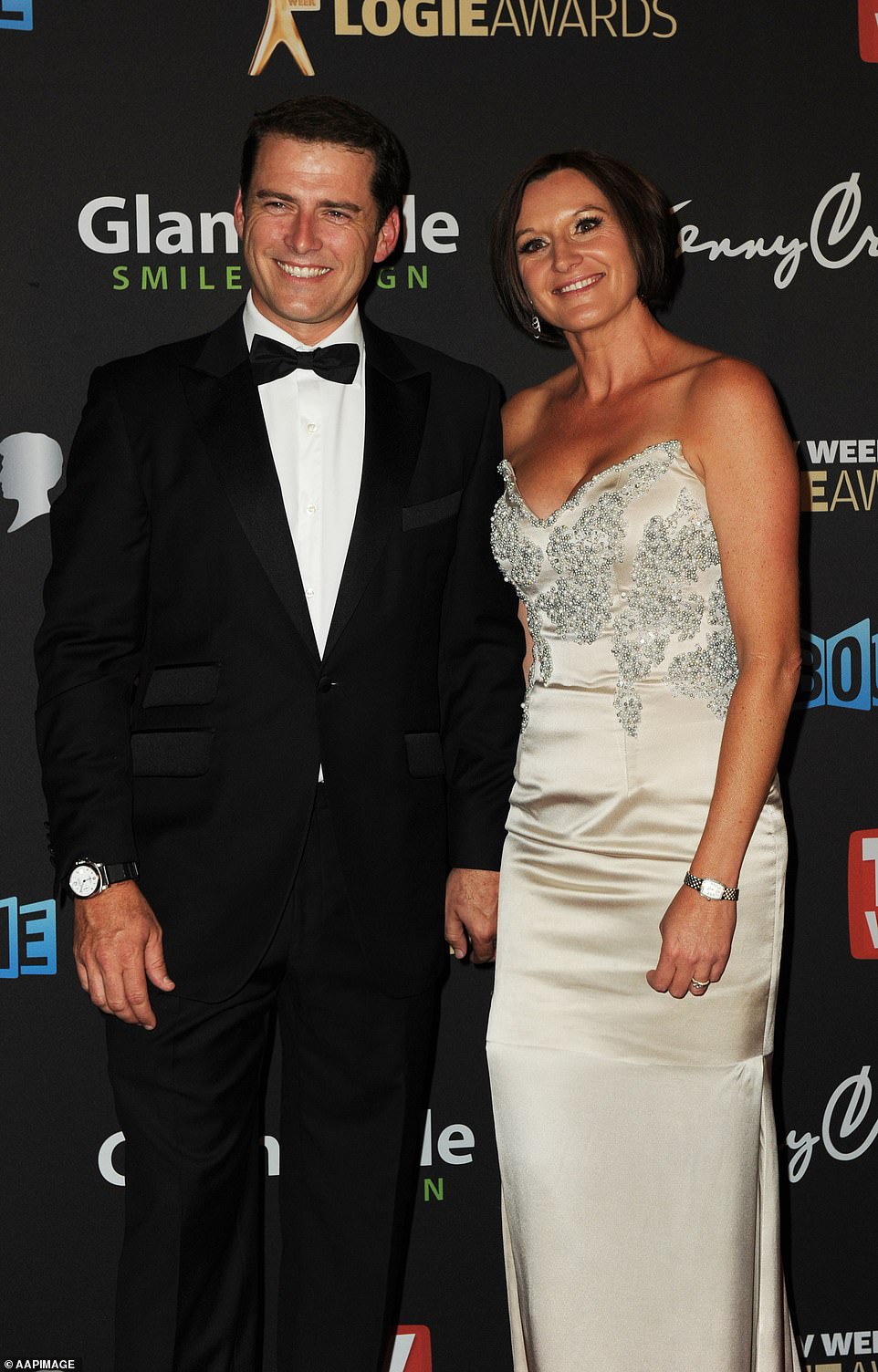 She no longer wakes up here! Karl Stefanovic’s ex Cassandra Thorburn’s $8 million Cremorne mansion is being ‘prepped to go on the market’ with the former couple set to ‘split’ the profits, according to a new report in The Sunday Telegraph. The former couple are pictured here at The Logies in 2012

The couple purchased the home in June 2016, mere months before publicly revealing they had ended their marriage and choosing to get a divorce.

According to the report, Karl and Cass put down an $800,000 deposit on the Harbourfront mansion, with them forced to commit to the purchase or lose their deposit.

The five-bedroom home was transformed by the pair, with it now lavishly appointed with five bedrooms and two kitchens with Cass the couple’s children living in the mansion since 2017. 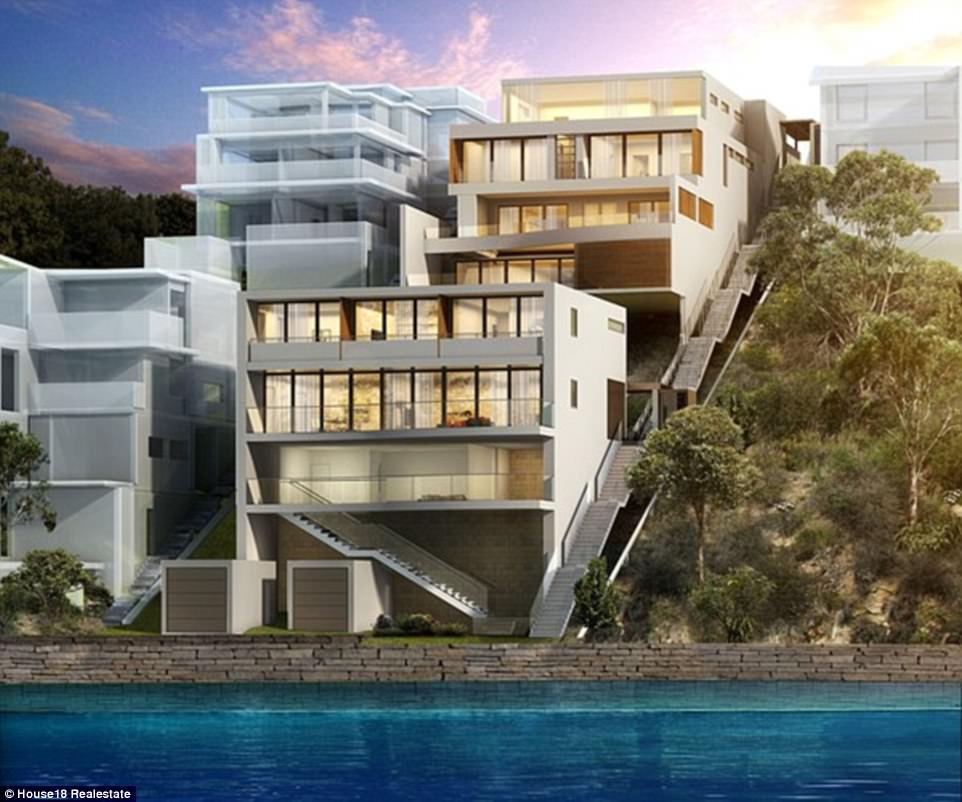 Lavish: According to the report, Karl and Cass put down an $800,000 deposit on the Harbourfront mansion, with them forced to commit to the purchase or lose their deposit

The sprawling North Shore mansion boasts everything from sweeping waterfront views to an indoor wine cellar.

It is the perfect entertainer, with four bathrooms, a lavish swimming pool and a steam room.

With a bird’s-eye view across Middle Harbour and Northbridge Gold Course, the home spans over 650sqm of contemporary living space and designer finishes. 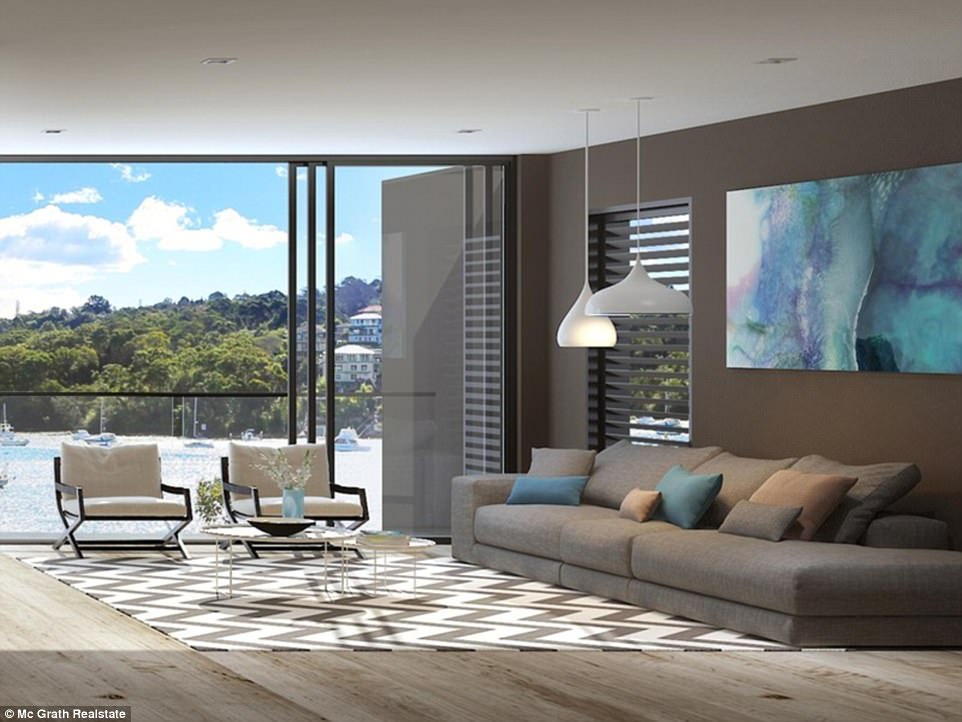 Elegant: The home’s oversize lounge room has a stunning view of the harbour 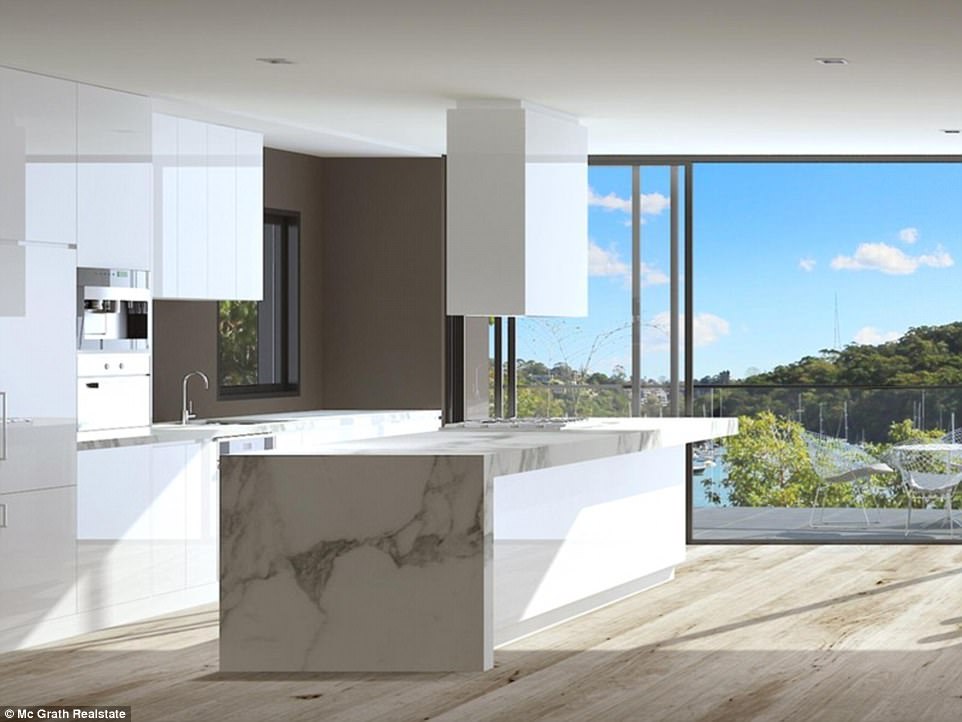 Residents can indulge in the property’s indoor swimming pool and steam room while taking advantage of two gourmet kitchens equipped with the latest appliances.

It also features a master suite with a walk-in wardrobe and full en suite, as well as a double garage and private boat shed.

The couple purchased the property after their marital home in Lindfield sold for a tidy profit. 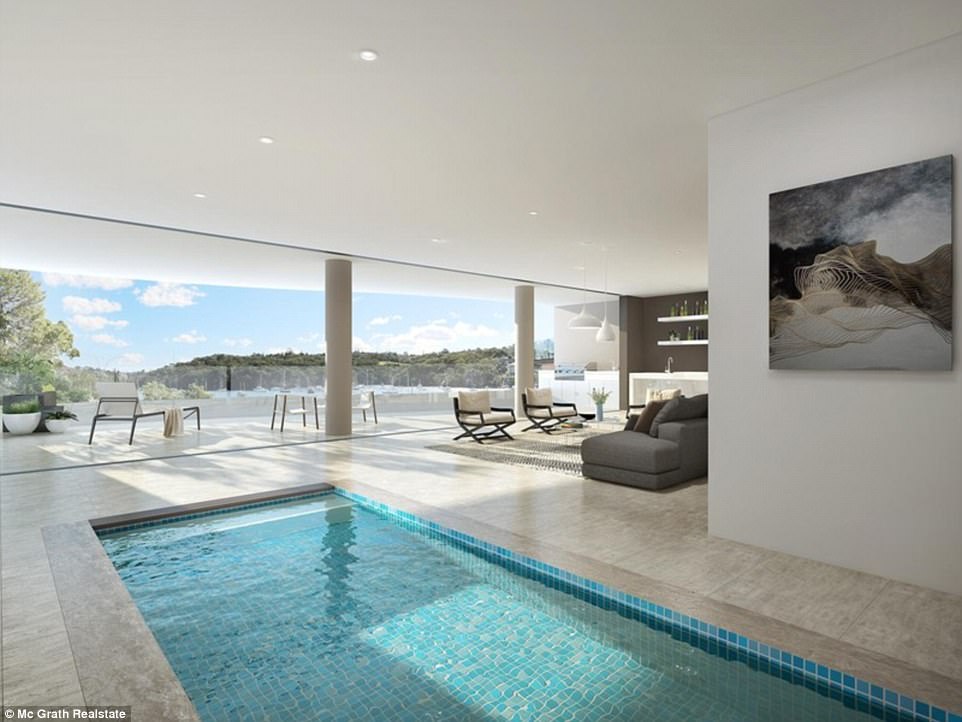 All the trimmings: Residents can indulge in the property’s indoor swimming pool and steam room 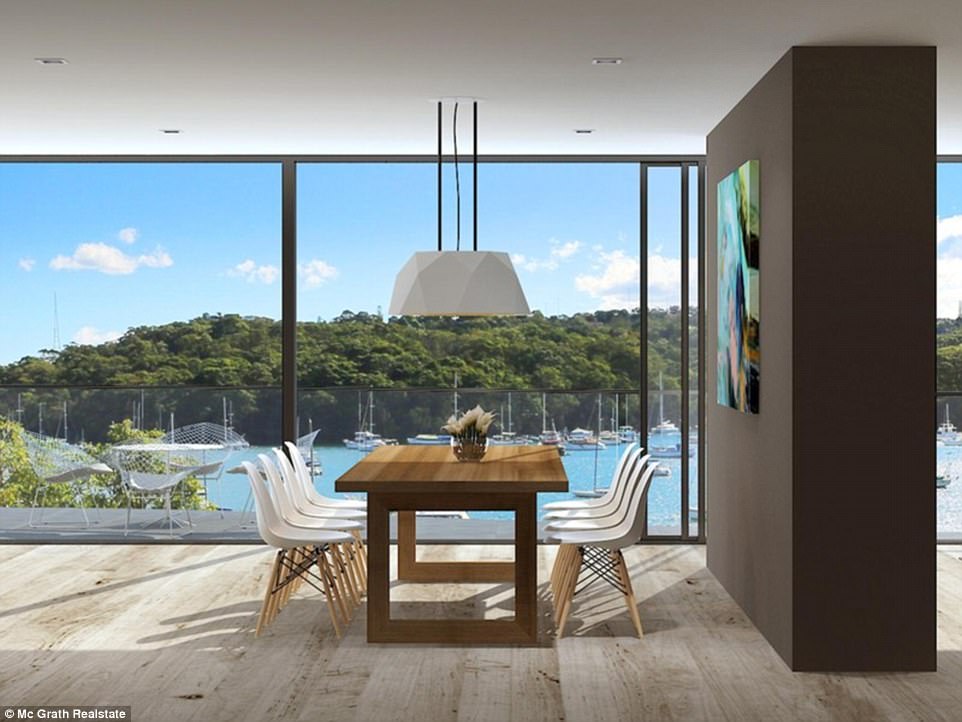 What a view: With a bird’s-eye view across Middle Harbour and Northbridge Gold Course, the home spans over 650sqm of contemporary living space and designer finishes

The five-bedroom home, with a sprawling garden and a swimming pool, sold for $3.85 million last year after the former couple purchased it for $2.3 million in 2010.

In September in 2016, it emerged that Karl and Cassandra had separated after 21 years of marriage, reportedly finalising their divorce earlier this year.

Karl married his new wife Mara & Mine shoe designer Jasmine Yarbrough in December of last year, in a lavish ceremony at an upscale resort in Mexico. 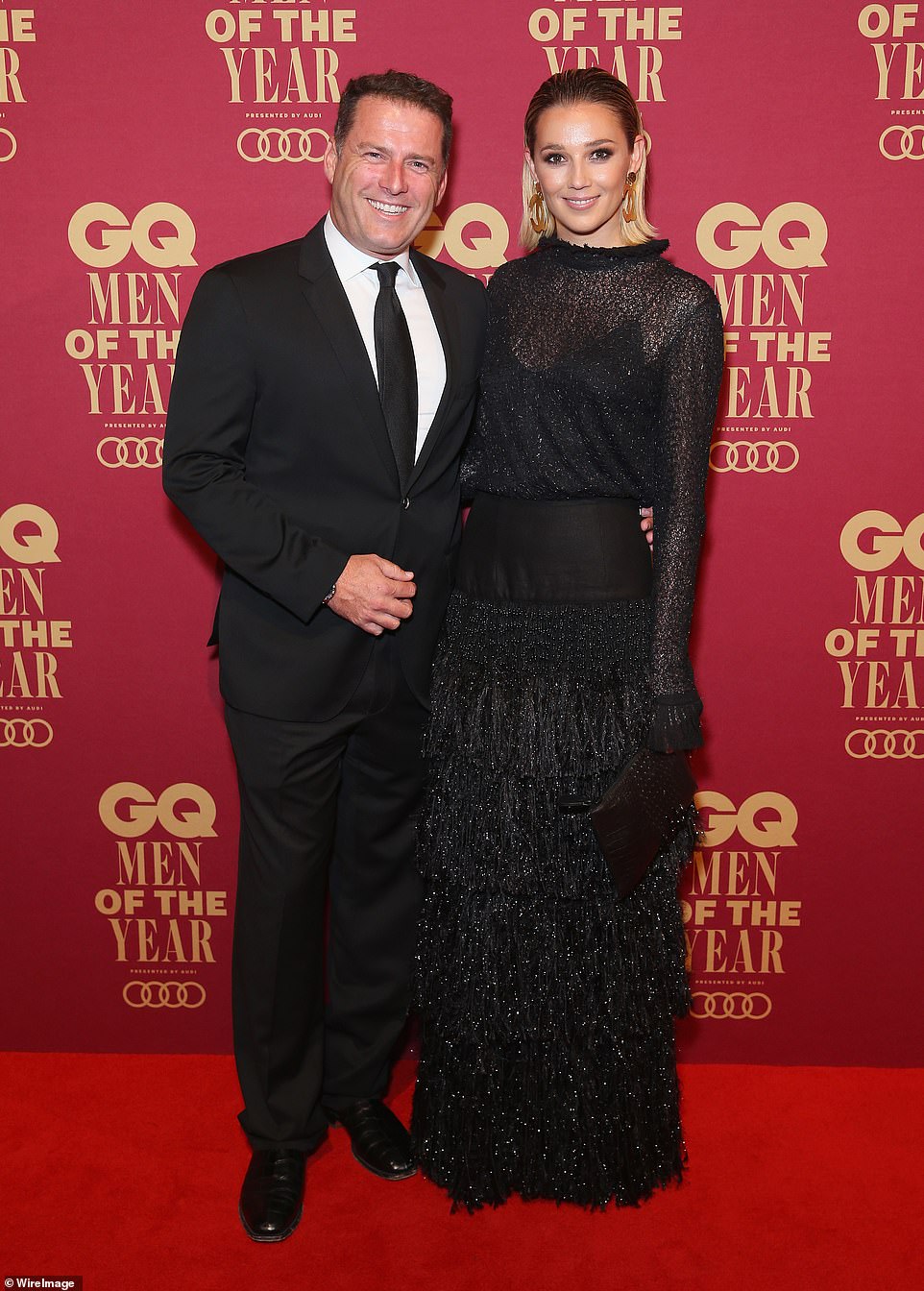 Close by: Karl, 44, is living in Mosman with his new wife Jasmine Yarbrough, 34. The pair were married in a lavish ceremony in Mexico in December last year before he was axed from the Today Show. Here at the GQ Man of the Year Awards in 2017 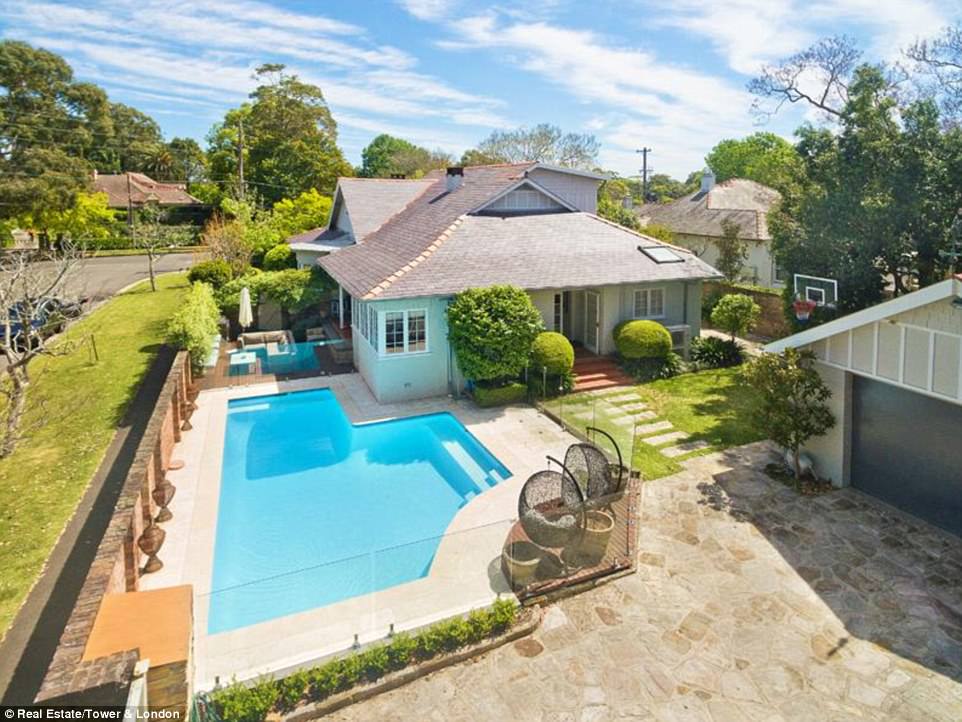 GBBO Candice Brown is seen for FIRST TIME since wedding in France
Lottie Moss passionately kisses handsome man in the street
Beauty vlogger James Charles arrives 1.5 hours LATE to meet-and-greet amid YouTube scandal
Sylvia Jeffreys hit by claims she is behaving like a diva on A Current Affair
Dame Barbara Windsor sends message to friend Phil Turner following his wedding to Gary Cockerill
Amanda Holden BACK on her knee scooter after breaking her leg
Love Island SPOILER: Twins Jess and Eve Gale make shock late arrival to stir things up in the villa
Jessie James Decker shows off her toned figure as she admits she HATES to work out