A 12-year-old schoolgirl has been killed and five others left injured after a horrific motorway crash last night.

Sana Patel, from Blackburn, died when the Nissan Qashqai she was in collided with a Vauxhall Corsa on the M61 near Bolton.

Police have now launched a manhunt after those travelling in the Corsa fled the scene of the smash on foot. 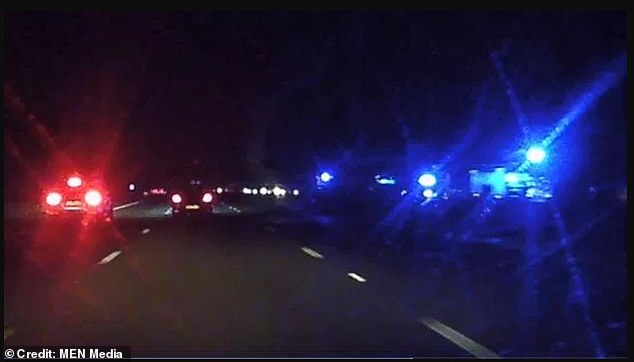 Sana Patel, from Blackburn, died when a Nissan Qashqai collided with a Vauxhall Corsa on the M61 near Bolton 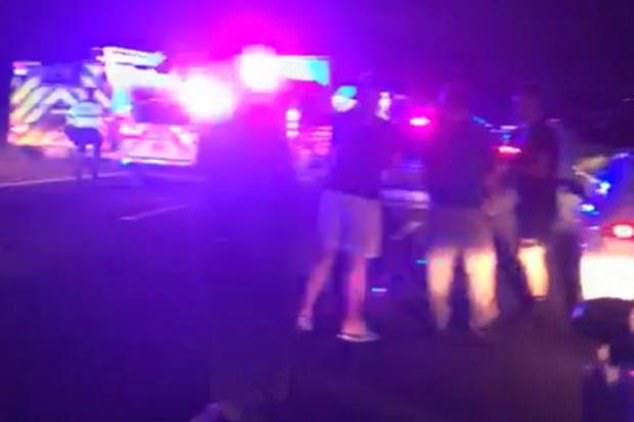 The five other people in the Qashqai suffered minor injuries from the collision which happened at 10.45 last night on the northbound carriageway between junction eight and the Bolton West Rivington services.

Supt Andy Cribbin, of Lancashire Police, said: ‘First and foremost our thoughts are with the family and friends of the girl Sana.

‘There are no words to describe what they will be going through and we send them our deepest condolences at this incredibly difficult time. They are currently being supported by specialist officers.

‘Our investigation is in the early stages and we are working hard to establish exactly what occurred, and to locate the people who were in the Corsa. 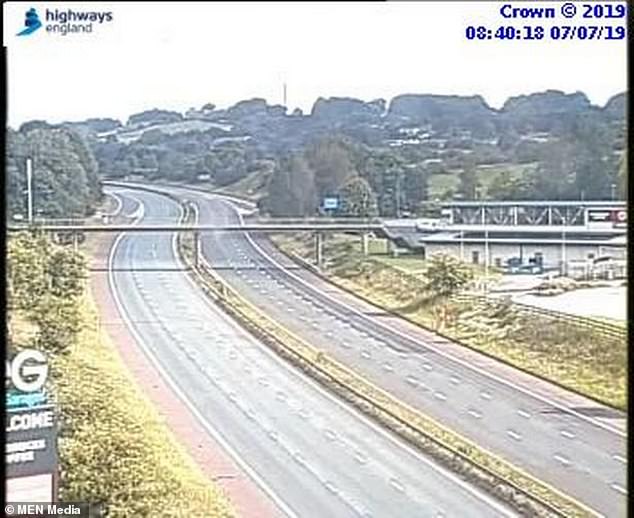 ‘We are now appealing directly to them. We know the car is registered to an address in West Yorkshire and we are appealing for the driver and any passenger at the time of the collision to make contact with us as soon as possible.

‘A 12-year-old girl has tragically lost her life, so we would urge them to search their conscience and do the right thing by contacting us.

‘We are also asking anybody who saw the collision, or saw either vehicle in the moments before it happened, to get in touch with us as soon as possible.’

Police closed the motorway overnight and only reopened the stretch of road at 9am this morning.

Chaos at Tynecastle as Hibernian manager Neil Lennon is floored by a missile
Shop owner is fined £300 after council's litter wardens find Walnut Whip wrapper in her bin
Honduran child watching her mother being searched on the US-Mexico border is voted photo of the year
Jamie Oliver calls in renovators at his £6million mansion - days after restaurant chain collapse
Man, 18, who got into difficulty in the sea near Clacton Pier dies in hospital
Prince William and Kate Middleton meet victims from Grenfell Tower fire
Coronavirus UK: 798 now infected after 202 new cases in a day
Number of NHS patients waiting more than a year for treatment in London has skyrocketed