The chairwoman of the Manhattan Republican Party has explained why she isn’t afraid to appear on social media in bikinis and cleavage-bearing tight dresses.

Andrea Catsimatidis, 29, has the tough job of trying to motivate the Democrat-heavy New York borough into action for the and while the daughter of Gristedes supermarket chain owner John Catsimatidis is an associate of the president, she refuses to dress conservatively to be taken seriously.

‘This is who I am as a person. I am very confident about who I am and people pay attention to that stuff,’ Catsimatidis told the about how she appears on social media. ‘So many feminists dress like a man and try and act like a man in order to succeed. To me what it really means to be a feminist is to embrace what you have.’

Catsimatidis – also the regional Vice Chair of the New York State Republican Party – can be seen frolicking around in USA flag swimwear on social media and posing beside a relatively modest Trump 2020 adviser Kimberly Guilfoyle and her boyfriend Jr. 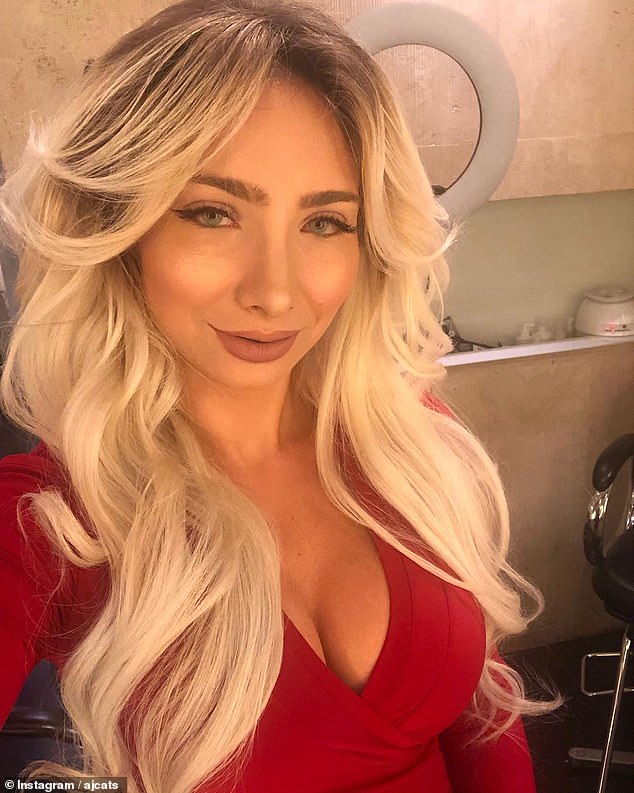 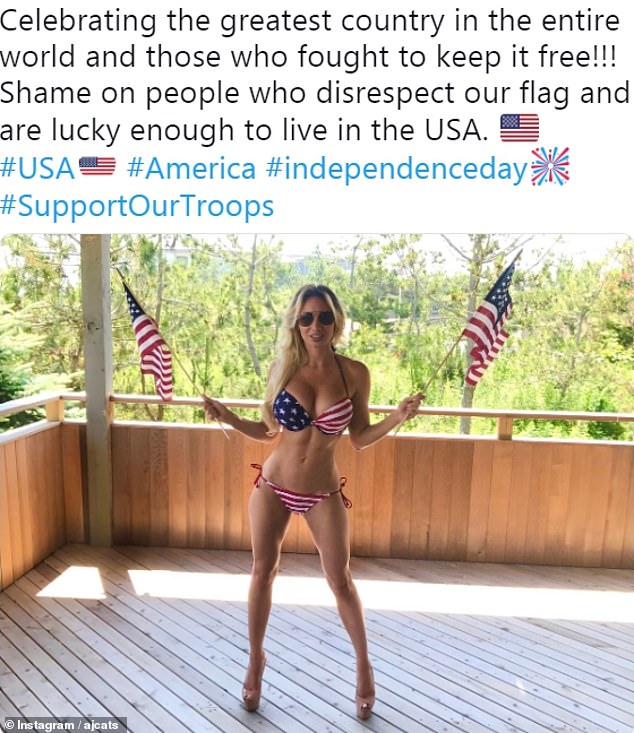 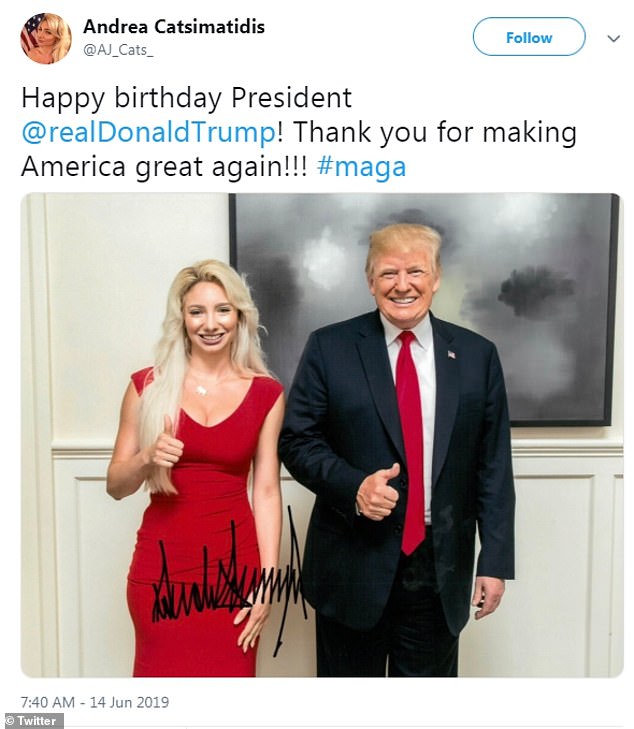 She said President Trump even recommended that her father host her 2011 wedding to Richard Nixon’s grandson, now ex-husband Christopher Nixon Cox, at the Waldorf Astoria.

Her role is unpaid but Catsimatidis’ father – who was once a mayoral candidate – is a billionaire and she is focused on making her fortune via the family business.

‘For me it’s my service to my country because, at my very core, I am a patriot. Nothing means more to me than the United States of America,’ she continued.

The business heiress added about Trump: ‘People in this country have more money in their pockets. The middle class has more jobs, how can you not support him? I have met him a number of times and he has ­always been kind to me.’

She said she would ‘100 percent’ back his 2020 bid to stay in the White House but ‘can’t defend every tweet’ he posts.

The New Yorker would never wear a MAGA hat because she ‘would be scared for my safety’.

Gristedes said: ‘So many feminists dress like a man and try and act like a man in order to succeed. To me what it really means to be a feminist is to embrace what you have’ 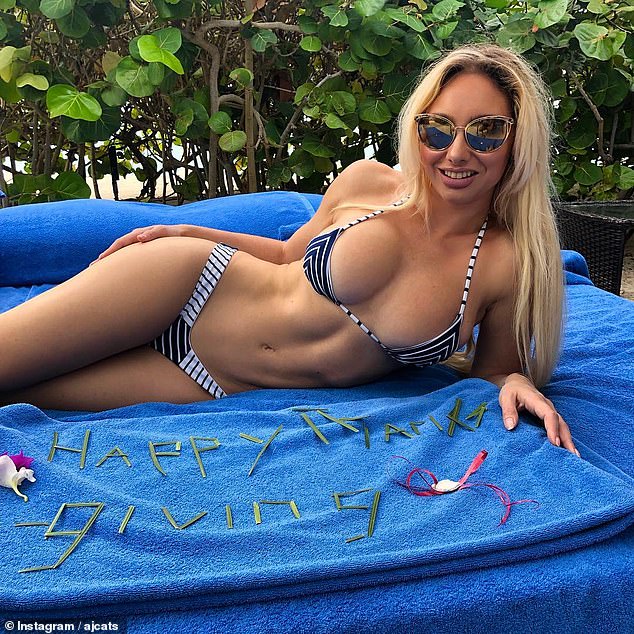 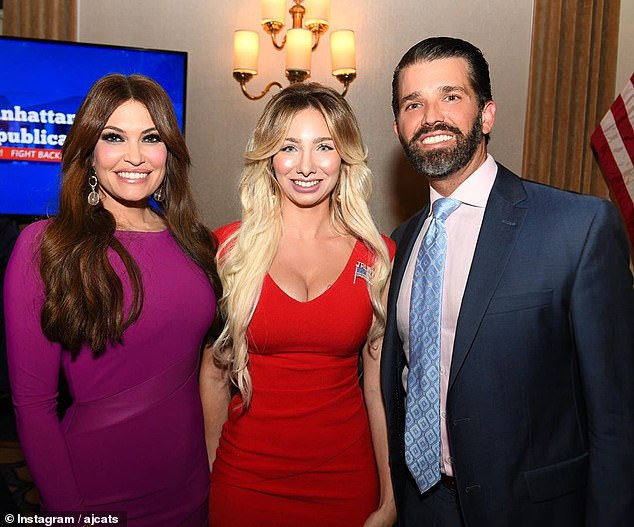 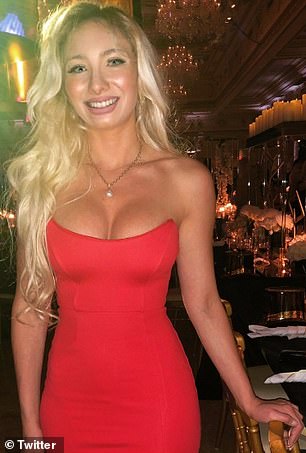 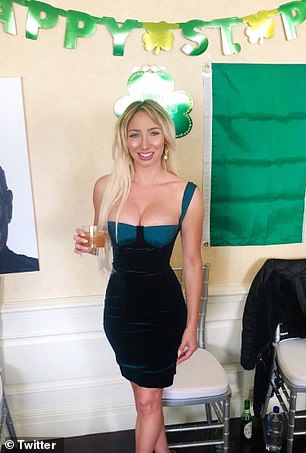 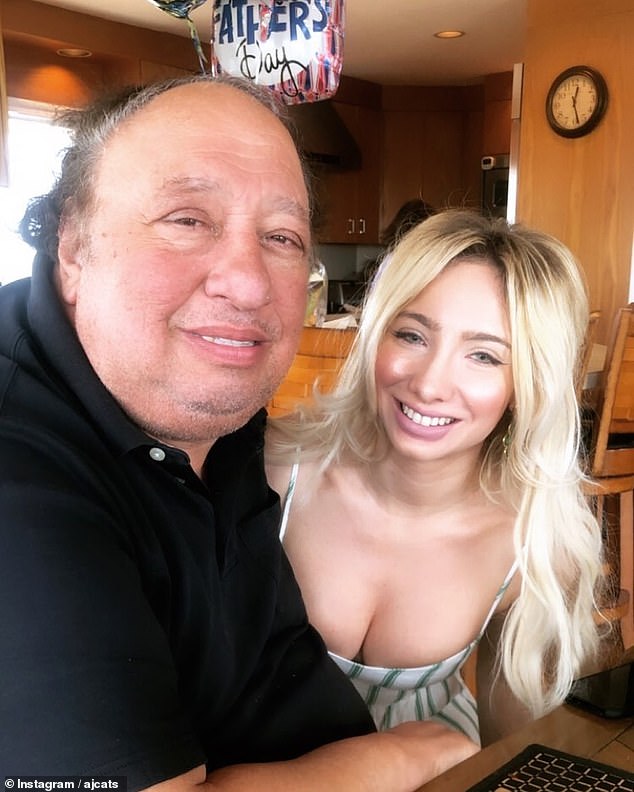 Her billionaire father, John Catsimatidis, owns supermarket chain Gristedes and was once a mayoral candidate

Catsimatidis experienced feeling fearful regarding her political stance after in October 2018, the Manhattan GOP headquarters was vandalized by far left ‘antifa’ protesters.

‘I felt like my safety was threatened,’ Catsimatidis opened up. ‘They left a note saying they wouldn’t be civil.’

Since divorcing her attorney ex in 2014, they have stayed close. 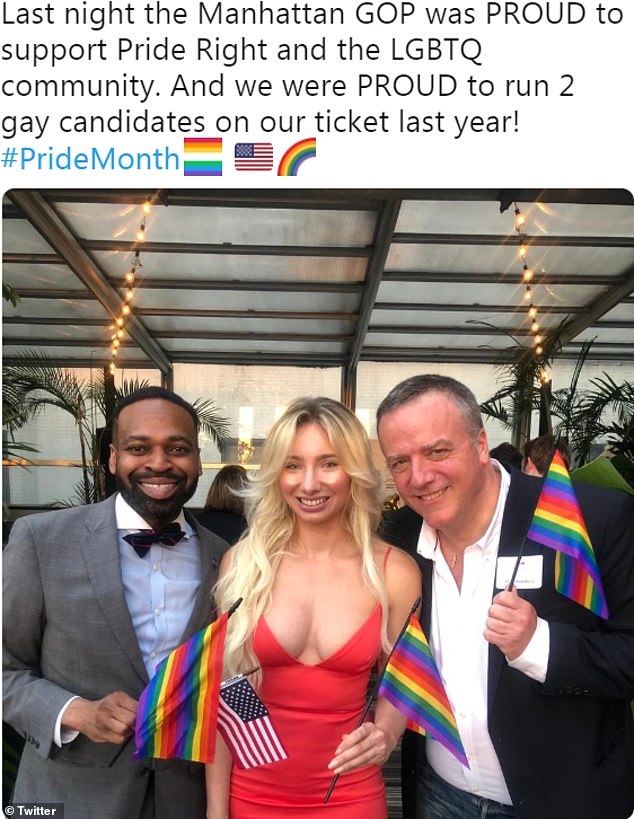 Her role is unpaid but said: ‘For me it’s my service to my country because, at my very core, I am a patriot’ 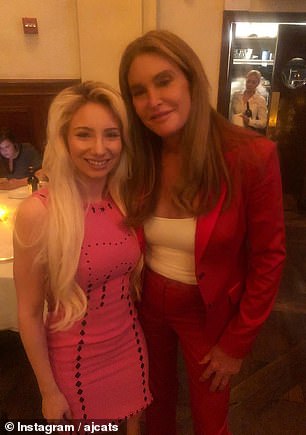 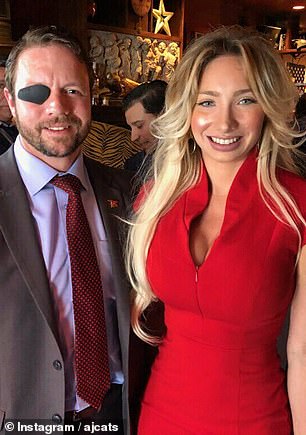 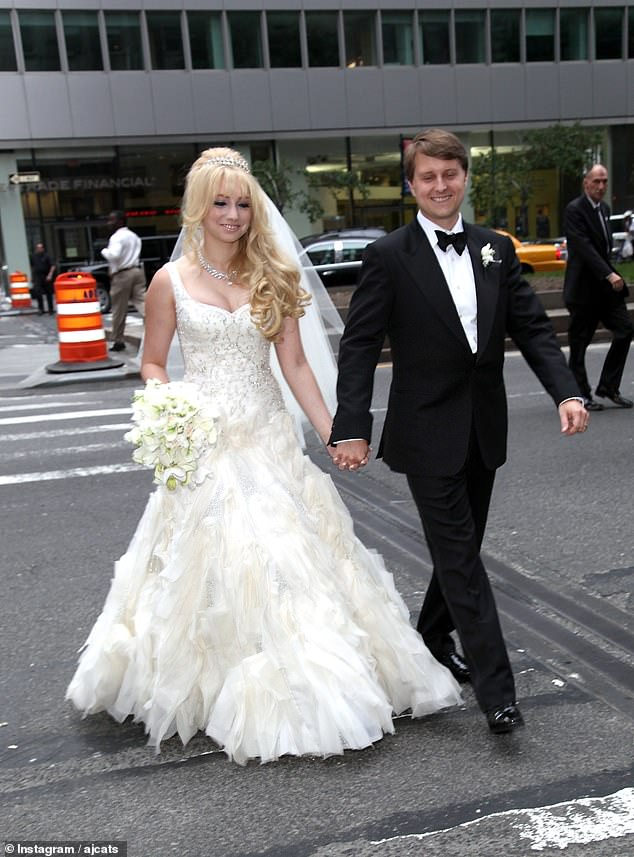 ‘He is my best friend … and trusted adviser, and I am very glad to have him in my life.’

However she is not using dating apps to find her next love. She vaguely explained: ‘The people that you meet on those apps …It’s just not for me.’

With her regular travels to places such as Dubai, the Bahamas and Lake Como, her future love may not be in the Big Apple. While she’s very patriotic, it seems New York City in particular isn’t her ideal place to be anyway.

‘I love Mykonos. That is the best place to be in the summer,’ Catsimatidis shared. ‘When I have to go close, I love going to Miami, that is my second spot. New York-quality food, but with better weather and better taxes.’

She loves going to Miami because there’s ‘New York-quality food, but with better weather and better taxes’. She is pictured in Paris, right 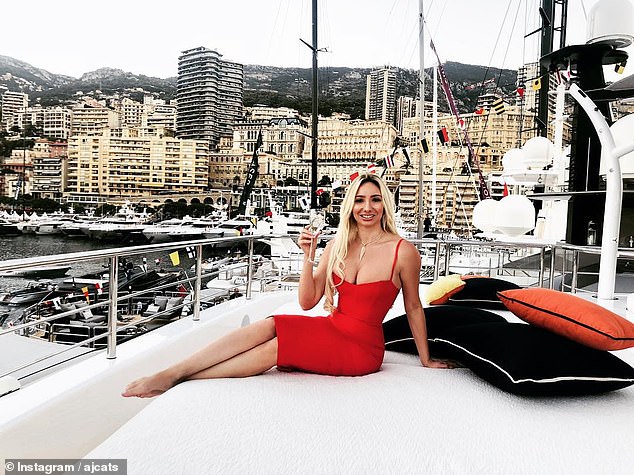 Catsimatidis enjoys trips to Monte Carlo, Dubai, the Bahamas and shares it with her followers