She’s no stranger to a quirky ensemble or two.

And Pixie Geldof was embracing the Seventies with her latest groovy ensemble, as she attended a Pride-themed brunch hosted by House of Holland and The EDITION.

The English model, 28, displayed her slender physique in the red star-printed dress as she arrived for the charity event at the Berners Tavern in London. 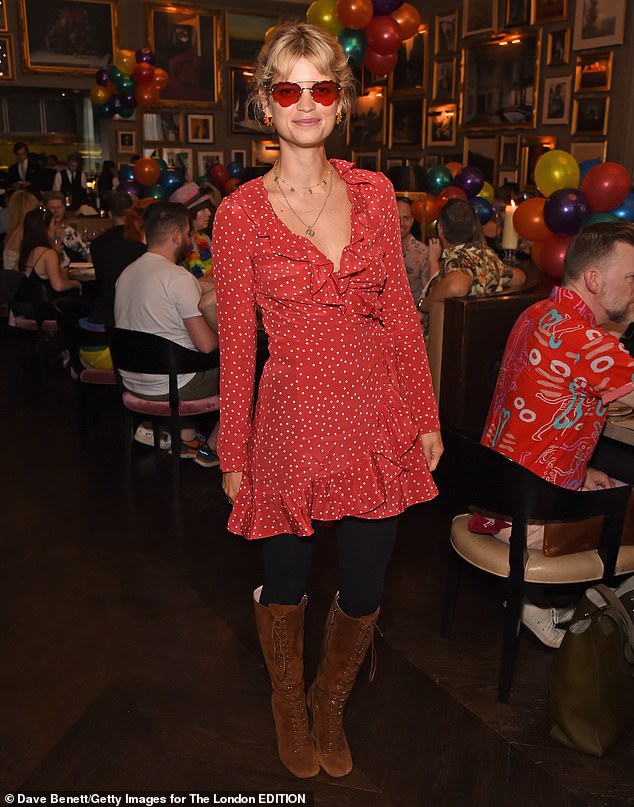 Quirky: Pixie Geldof, 28, was embracing the Seventies with her latest groovy ensemble, as she attended a Pride-themed brunch hosted by House of Holland and The London EDITION

Today’s Pride celebrations have well and truly kicked off in London and always one to be getting the party started, Pixie Geldof joined friends at the House of Holland brunch this morning in central London.

Never one to opt for a boring outfit, Pixie channelled a seventies vibe in a vintage-looking mini dress. Featuring a delicate star print throughout, the wrap dress has long sleeves and dramatic frills along all the hemlines. She paired her scarlet frock with thick black tights, knee high lace up suede boots and co-ordinating red sunnies.

Whilst we can’t track Pixie’s exact number down, if you want to reach for the stars like Pixie, then you’re in luck as we’ve found lots of great options both on the high street and amongst the designer brands, some of which are real dead-ringers for Pixie’s! You can shop our edit in the carousel below.

Pixie accentuated her slender figure in a red printed dress with frilled detailing, as she made a stylish arrival for the Pride brunch.

The daughter of music legend Bob Geldof looked sensational in the fitted dress which she accessorised with black tights and knee-high suede boots.

Pixie pulled her blonde tresses into a simple up-do as she finished her look with boho-esque red tinted glasses.

The musician posed up a storm with Radio 1 DJ Nick Grimshaw, who sported his own summer look as he offered the music for the occasion. 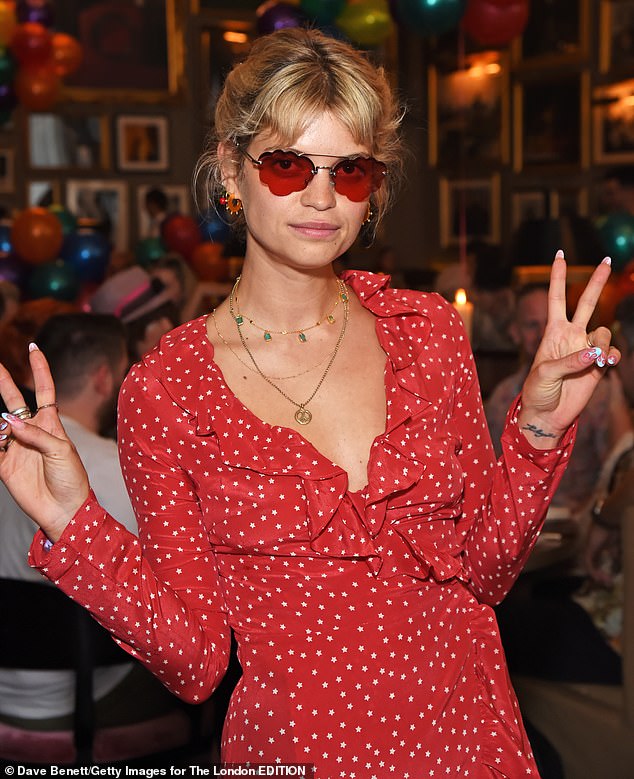 Playful: The musician put on an animated display as she arrived for the event at Berners Tavern in London to raise money for Albert Kennedy Trust 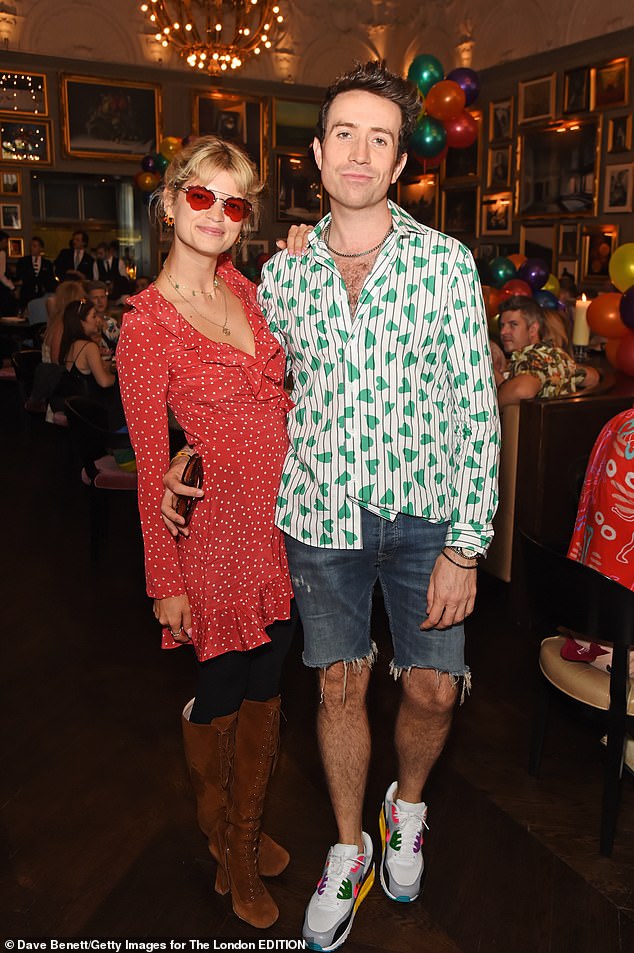 Happy: Pixie posed up a storm with Radio 1 DJ Nick Grimshaw as she arrived for the event 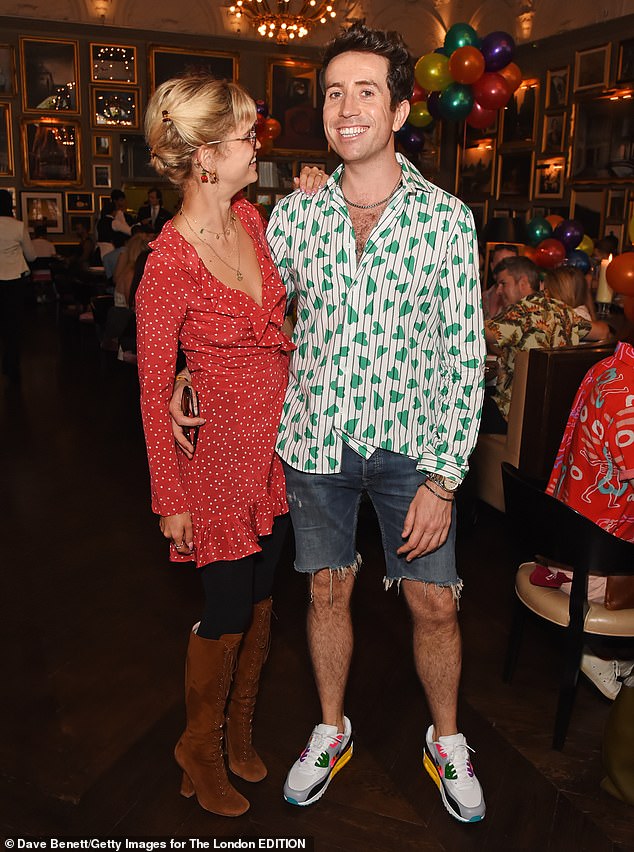 Fun: The musician teamed her dress with black tights and brown lace-up boots as she beamed alongside DJ Nick 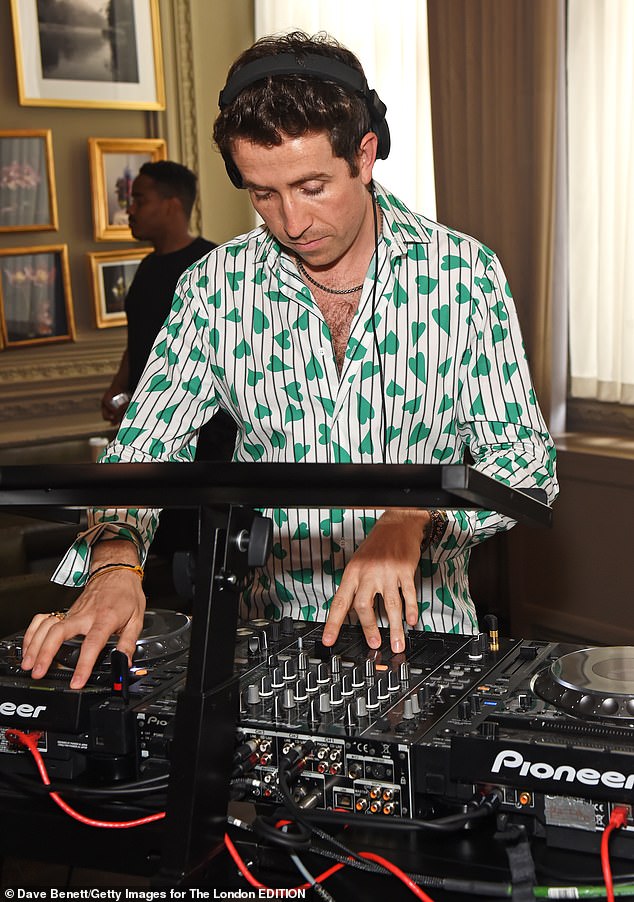 Music man: Nick also acted as a DJ for the brunch, which aimed to raise funds for the charity to help the LGBT community

The brunch was held to raise funds for the Albert Kennedy Trust, which helps serve members in the LGBTQ communite who are homeless or living in hostile environments.

Pixie recently returned to the UK after her travels to Capri, which appeared to be a solo affair for the star, who is happily married to George Barnett.

It has been two years since Pixie tied the knot with George in Majorca, where close pals Alexa Chung and Daisy Lowe served as bridesmaids.

Better known for her modelling, Pixie has also fronted band Violet and released debut album, I’m Yours in November 2016. 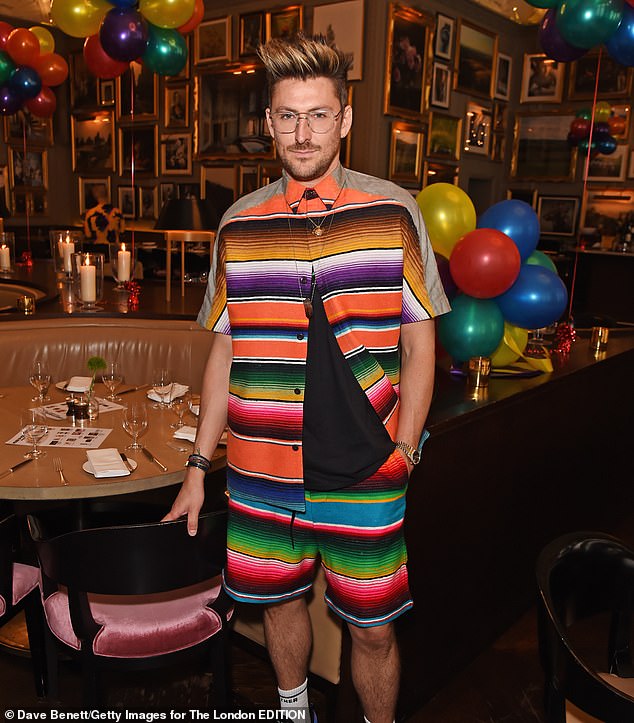 Quirky: Designer Henry Holland showed off his own statement style  in a rainbow-themed ensemble 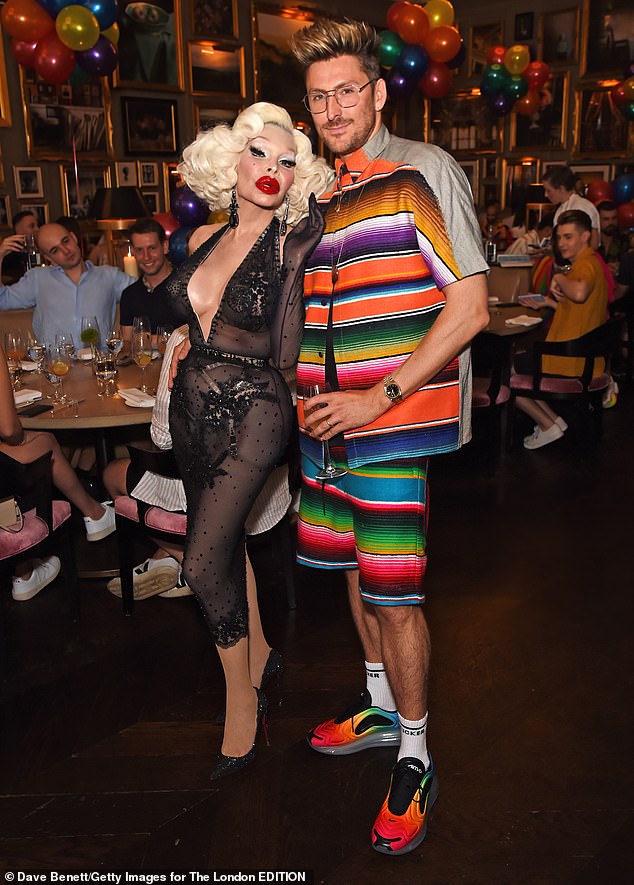 Fun: The fashion model posed up a storm with transgender model Amanda Lepore 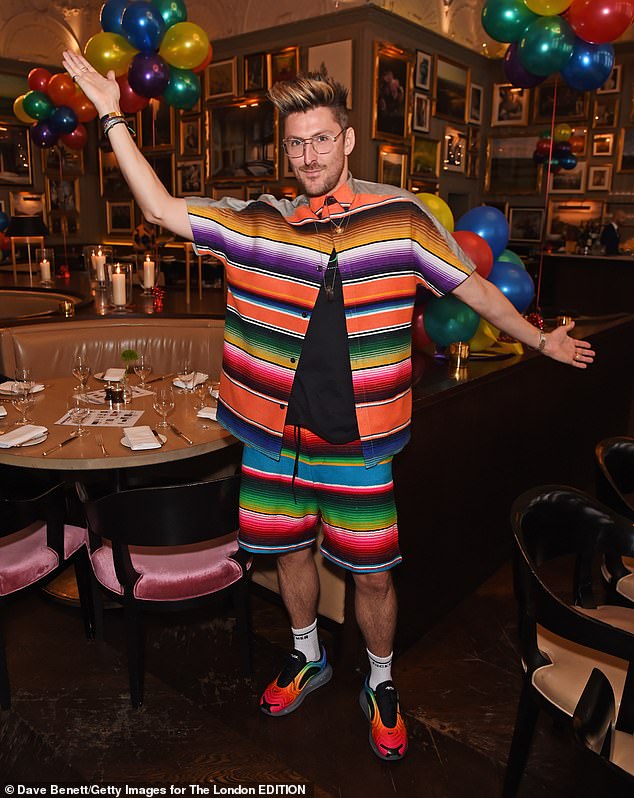 I’m here! Henry made a dramatic entrance for the event co-hosted by his House Of Holland brand

In an interview with , she said: ‘What it did was give me something to focus on. It was the best thing for me. Not the music itself so much, but the doing something, something that wasn’t sitting in my house staring in the corners.’

Her song Twin Thing is about her late sister Peaches, who passed away in 2014, aged 25 following a heroin overdose.

The siblings were born 18 months apart and the lyrics read: ‘ Wish I’d known you like my own skin/ So I could feel the hurt that you were in/ Wish we had that twin thing.’

‘There was a second where I wasn’t going to put it on the record and then I realised that there had been people who had written songs that have helped me very much, and people that have made me feel connected when I’ve felt very unconnected.’ 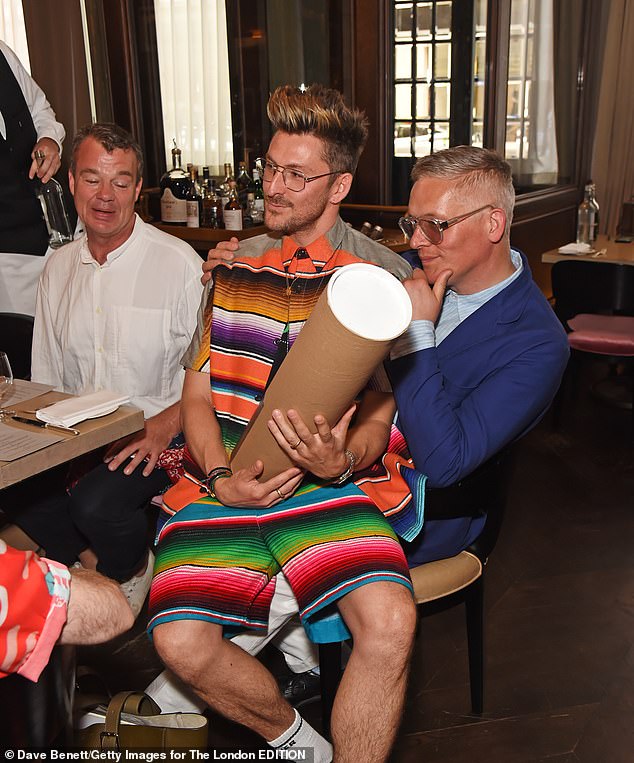 Playful: The rainbow-clad star opted for a look to perfectly represent the Pride theme