Hungry residents in Argentina rushed to grab the carcasses of pigs after a truck broke down and dumped 450 of the animals on a highway.

The crowd descended upon the road near the city of Santa Fe on Thursday morning and made off with butchered pig carcasses.

Video showed scores of people scrambling over one another and picking what they could.

The bizarre footage showed one man struggling to place a whole pig over his shoulder. 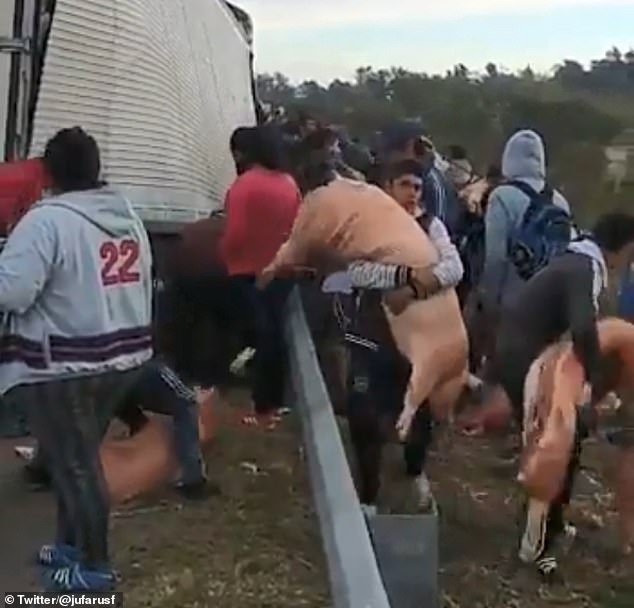 A young man said he and his family were at the scene since 9am local time trying to salvage what was left and managed to score a butchered pig.

‘It was the last of what was left. Now we will go home to prepare the grill with the family,’ he said according to Argentine news outlet .

Another person at the site said some of the residents were looking to make some quick cash by selling the pigs.

‘People are hungry and want to eat. There are people who took the pigs to sell.’

An initial police report indicated that the truck’s flatbed was overloaded, causing it to stop and spill the pigs all over the road.

Highway police officers and the National Gendarmerie secured the area to avoid traffic accidents while they allowed residents to grab as many of the pigs as they could. 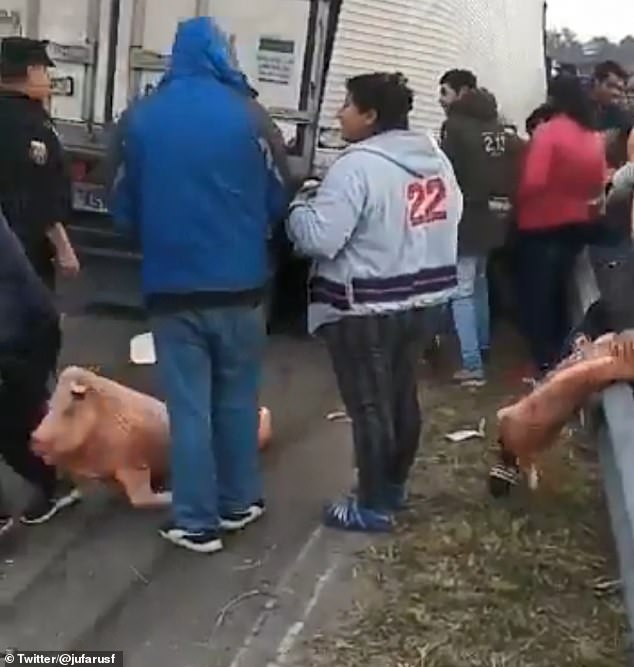 Despite the free for all, the director for the Santa Fe Food Security warned against the consumption of the meat because it could have been contaminated.

‘That meat was contaminated during the exposure process. It lost the cold chain, then it was transported in inadequate conditions, it touched the ground and the asphalt,’ Eduardo Elizalde said.

‘We do not know what that meat was exposed to. If [it has a] lower contamination level or if it had contact with diesel oil [which] that can not be removed even with thermal processes cooking or washing.’ 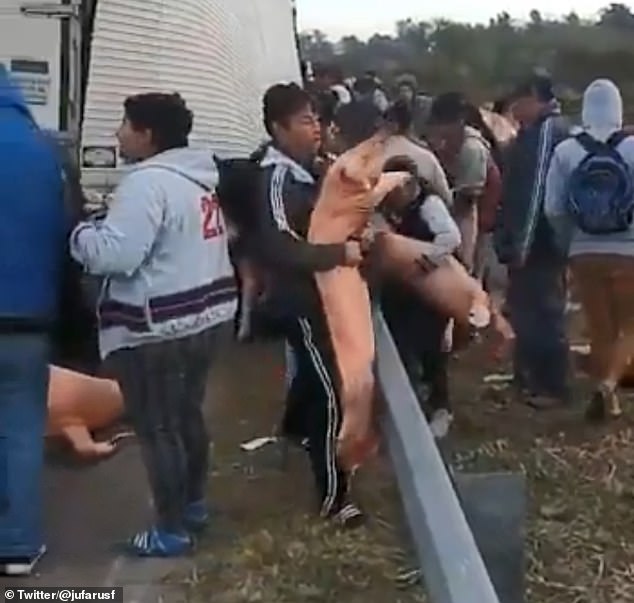 Idaho couple are rescued from an ice cave after getting caught for almost two days
A Florida bride is heartbroken after a thief stole the package containing her wedding dress
George Soros is named as Financial Times' Person Of The Year
Ratings agency Finch says shutdown is HURTING America's credit & putting the AAA status in threa...
How Swedish Christians saved the life of a German Jewish boy during WWII - reuniting decades later
Seattle crane collapse witness tried to save student killed in accident
Teacher dons bodysuit showing the body's organs to teach them about anatomy in Spanish school
Dan Peterson dies years after his heart-warming friendship with little girl saved the lonely widower