Holocaust survivor Eva Kor, who championed forgiveness even for those who carried out the Holocaust atrocities, died Thursday during an overseas trip for a museum she founded in Indiana, her son said.

Kor was in Krakow, Poland, for an annual educational trip with the CANDLES Holocaust Museum and Education Center in Terre Haute, Indiana, and died in the morning in her hotel room.

While her health had recently improved, Kor had a tough year medically with a heart surgery and respiratory issues, said her son Alex Kor, who was with her when she died.

‘My mom would be mad at me for crying,’ he said in a phone interview from Poland. 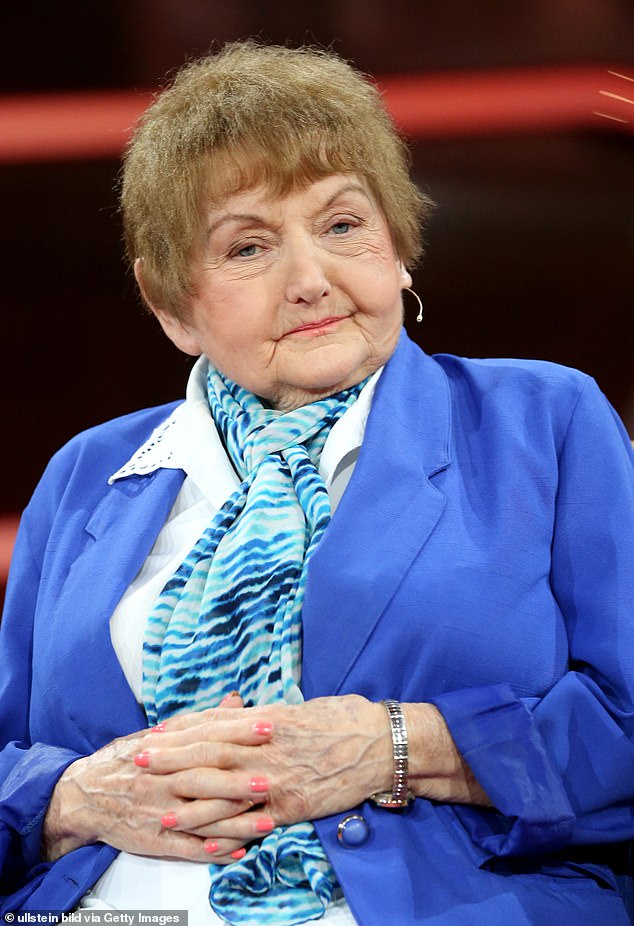 Eva Kor, 85, who championed forgiveness even for those who carried out the Holocaust atrocities, died Thursday during an overseas trip for a museum she founded in Indiana, her son said. She is seen above in Germany in April 2015 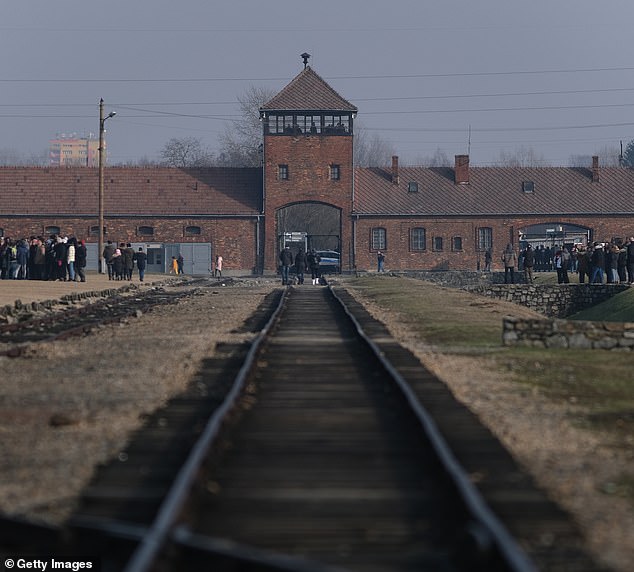 ‘She would also tell other people not to cry to try and follow in her footsteps to try to make all wrongs right and make the world a better place. That’s her legacy. That’s her gift.’

Eva Kor was a Jewish native of Romania who was sent in 1944 to the Auschwitz concentration camp, where most of her family was killed.

She and her twin sister survived, but they were subjected to inhumane medical experiments.

She later moved to Terre Haute, Indiana, where she lived for over three decades. She married a fellow Holocaust survivor, raised a family and worked in real estate.

In 1985, she founded CANDLES, or Children of Auschwitz Nazi Deadly Lab Experiments Survivors.

Kor and Zeiger were one of 1,500 sets of twins who were subjected to inhumane experiments by Dr. Josef Mengele, the notorious ‘Angel of Death’.

The sisters evaded being gassed on arrival at the death camp thanks to Mengele’s twisted obsession with twins. 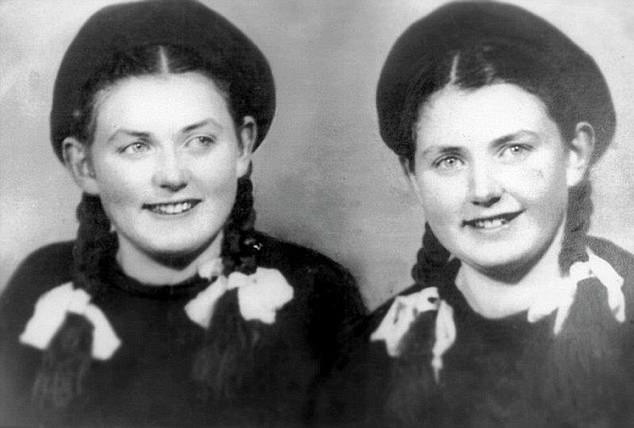 Eva is seen right alongside her twin sister, Miriam, in 1949. They were one of 1,500 sets of twins who were subjected to gruesome experiments at Auschwitz. Miriam died of cancer in 1993

He experimented on siblings in a sickening attempt to develop genetic techniques for Hitler’s dream of creating a ‘pure’ Aryan race.

Mengele used 1,500 sets of twins in his experiments, and only an estimated 180 to 250 individuals survived.

Kor often gave lectures, wrote an autobiography and appeared in documentaries, sharing her story and message of forgiveness, even for Mengele.

During the annual trips to Poland, she would give tours of Auschwitz.

In April 2015, Kor made headlines around the world when she publicly embraced a former SS officer known as the ‘bookkeeper of Auschwitz’. 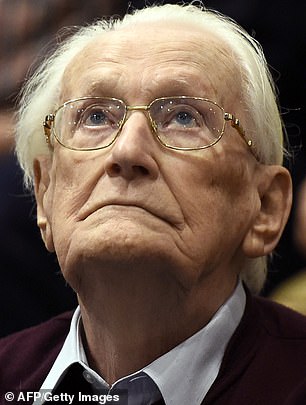 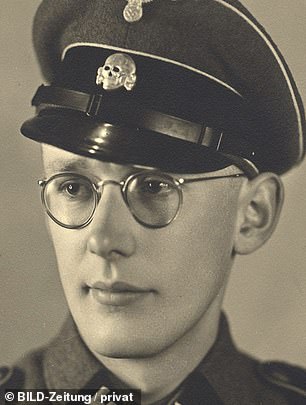 In April 2015, Kor made headlines around the world when she publicly embraced Oskar Groening, a former SS officer known as the ‘bookkeeper of Auschwitz’. Groening, then 94, was found guilty of facilitating the mass murder of 3,000 people. Groening died in March 2018 just before he was about to begin his sentence. He was 96 years old

She hugged Oskar Groening, then 94, in a court before he was found guilty of facilitating the mass murder of 3,000 people.

Groening died in March 2018 just before he was about to begin his sentence. He was 96 years old.

Speaking in a new Channel 4 documentary, Kor said: ‘I believe forgiveness is such a powerful thing. It is free. It works. It has no side effects. And this is what our world desperately needs besides punishment.’

Despite her ordeal, Kor even unofficially adopted the grandson of SS commander Rudolf Hoess, who oversaw the murder of more than 1 million people at Auschwitz.

‘The themes of Eva’s life are apparent. We can overcome hardship and tragedy. Forgiveness can help us to heal,’ a museum statement said.

‘And everyone has the power and responsibility to make this world a better place.’

Museum officials said the Indiana center will be closed until Tuesday in honor of Kor’s memory.

In 2017, Kor was named as a recipient of the Sachem Award, which is Indiana’s highest honor.

‘Everywhere she went, Eva brought light into darkness and provided comfort to those in pain unlike anyone we’ve ever met,’ he said in a statement.

A public memorial service is planned. Museum officials said details would be released at a future date.

Kor is survived by her husband and two children.

HORRIFIC EXPERIMENTS OF THE NAZI ‘ANGEL OF DEATH’ 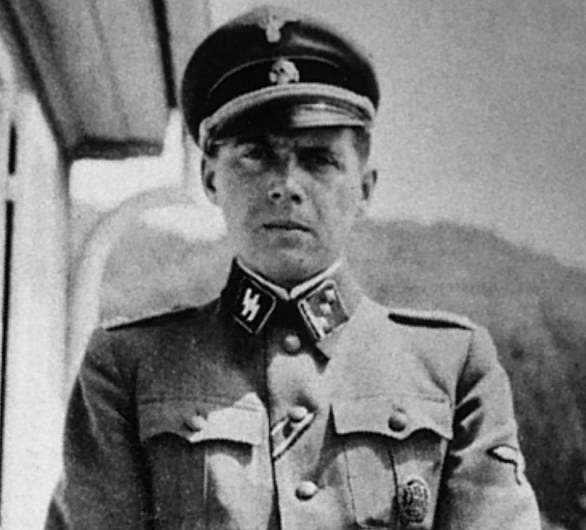 Dr. Josef Mengele, an SS physician from 1943 to 1945, was known as the ‘Angel of Death’ for overseeing gruesome experiments at the Auschwitz death camp in Poland

Immaculately dressed, it was Josef Mengele who greeted doomed arrivals at the Nazi death camp, Auschwitz, in occupied Poland.

With a flick of his gloved hands, the supreme arbiter of life and death would consign terrified prisoners either to work or to death in the gas chambers.

But many, especially twins, were condemned to an altogether more diabolical fate; they became guinea pigs upon his operating table as he pursued his berserk quest to clone blue-eyed Aryan supermen. Most of his victims died in terrible pain without anaesthetic.

Mengele had a doctorate in medicine from Frankfurt University, but used his knowledge in a sickening manner at the Auschwitz concentration camp, where he performed experiments as an SS physician from 1943 to 1945. 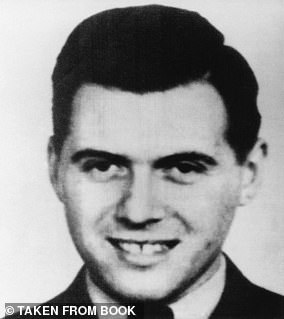 The so-called Angel of Death was on the Allied commanders’ most-wanted list from 1944, but he escaped to South America and was never found

Although prisoners transferred to his wing to be studied escaped the gas chambers and were well fed, they often ultimately met an even more painful death.

Mengele regularly performed surgery without anaesthetic and would obtain bodies to work on simply by injecting chloroform into inmates’ hearts while they slept, which would kill them in seconds.

He was most interested in heredity and once tried to change the colour of children’s eyes by injecting chemicals directly into them.

Twins held a particular fascination for him and it’s estimated that he examined around 3,000 – but only 100 pairs survived.

Pregnant women were also singled out. He was known to have performed vivisections on them before consigning them to the death chambers.

The so-called Angel of Death was on the Allied commanders’ most-wanted list from 1944, but he escaped to South America and was never found, despite the best efforts of private investigators and the Israeli secret service, Mossad.

He died in 1979 after suffering a stroke while swimming and thirteen years later, DNA tests proved his identity beyond doubt.

Renault’s futuristic EZ-PRO is an all-electric with customisable pods
Welwyn Garden City woman Ellen Danagher fraud family £21,000 lying about having bowel cancer
Best Cyber Monday deals revealed so you can splurge from your sofa TODAY
Dr. Pimple Popper reveals her top five skincare tips
Love Island star Sophie Gradon's boyfriend took his own life by hanging
Test reveals if your child will be obese by the age of 10 using facts about parents
Jeremy Corbyn tries to outflank Boris Johnson on Brexit with Labour to abstain on election vote
How busy is YOUR A&E? Statistics on which hospitals struggle