Boris Becker’s new girlfriend is hiding a secret heartache – her brother was murdered in a nightclub brawl, MailOnline can reveal.

British model Layla Powell, 31, has been getting cosy with the 51-year-old German tennis legend at .

Layla and Boris, who were pictured together on a dinner date in March, looked happy and relaxed with only eyes for each other this week at SW19.

But beyond the smile lies a terrible tragedy, one that continues to have a powerful influence on her life. 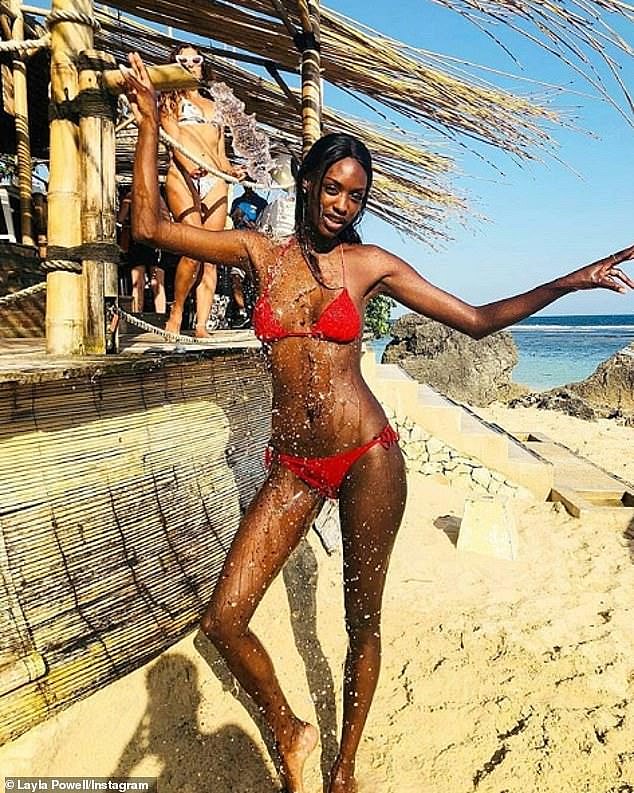 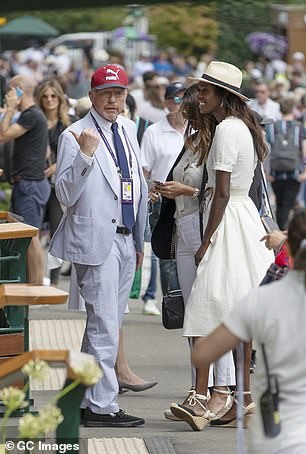 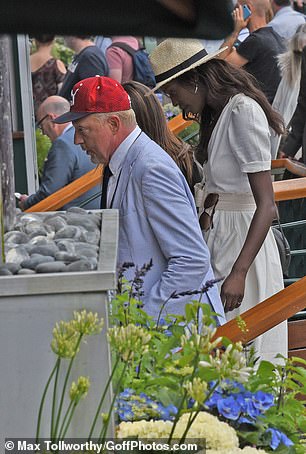 British model Layla Powell, 31, has been getting cosy with the 51-year-old German tennis legend at Wimbledon

Layla and Boris, who were pictured together on a dinner date in March, looked happy and relaxed with only eyes for each other this week at SW19

Two years ago her brother Jama died after being stabbed 12 times during a fight with two men.

Layla took the brave decision to speak out after the trial and reveal her family’s torment.

Flanked by relatives outside court last October, she described how they were ‘lost’ without Jama

She said: ‘He could be a pain in the arse but I couldn’t have asked for a better brother.

‘He loved life, loved his family. That’s all he really cared about, family and his children.

‘He was a father and godfather to so many children.

‘He loved to travel, he always used to say ‘live your life’ – that was his thing.

‘Jama was always smiling. That’s the thing, even when there was nothing to smile to smile about, he’s smiling.’

Layla said her life was turned upside down on New Year’s Eve 2017 when Jama was stabbed to death in the frenzied attack.

The jury at Bristol Crown Court was told he died in a ‘targeted and not a random attack’ which was described by Christopher Quinlan QC, prosecuting, as being ‘as swift as it was brutal’. 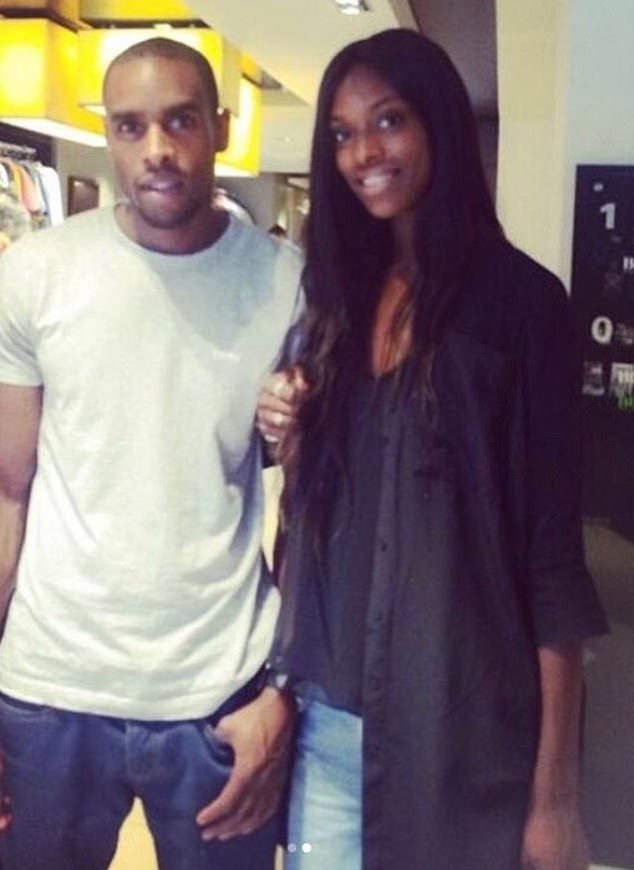 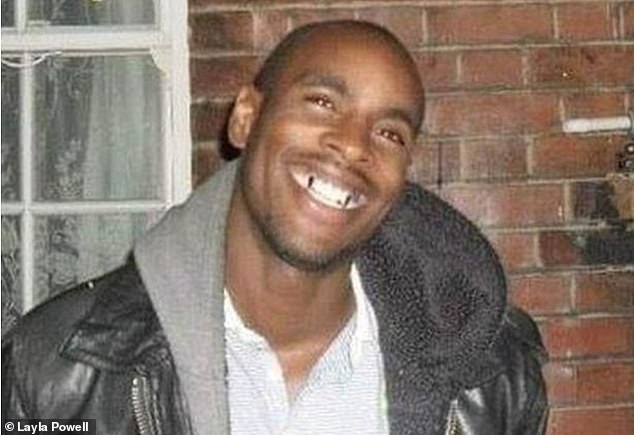 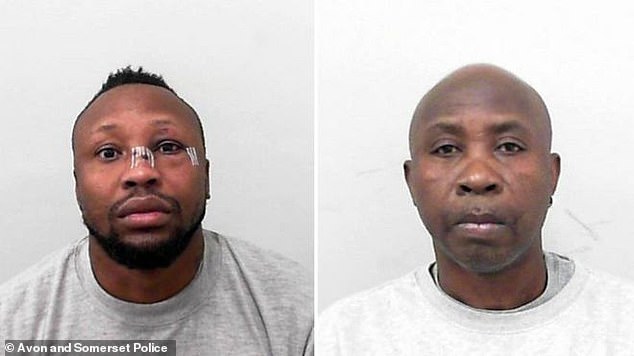 Two men – Ian Power, 40, (left) and Errol Anderson, 55, (right) were convicted of the murder and jailed for a minimum of 27 years and 21 years respectively

The killing came after a history of bad blood between Jama and one of the defendants, Ian Power, who had been left with a permanent scar following a previous altercation between the pair.

Shortly after Jama arrived at the Blue Mountain club in Bristol a fight soon broke out between him, Power and Power’s friend Errol Anderson, in which Jama was stabbed to death.

Layla said she often went out partying with her old brother, especially over Christmas and New Year, and that he had been on a ‘good vibe’ on the night of his death.

Asked by reporters how the family felt, she replied: ‘I don’t think there’s any way to describe it.

‘The only word I could use is ‘lost’. We are lost in this world right now. 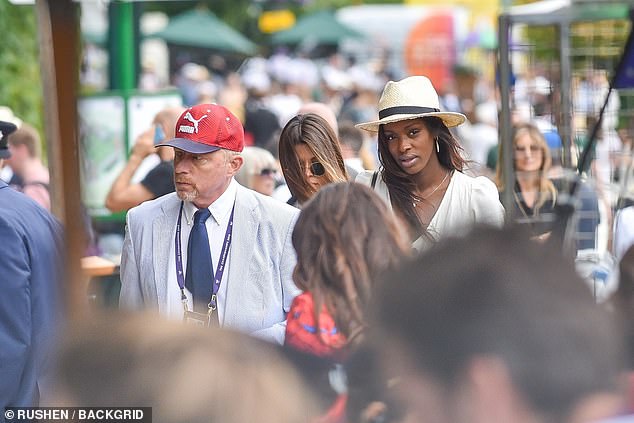 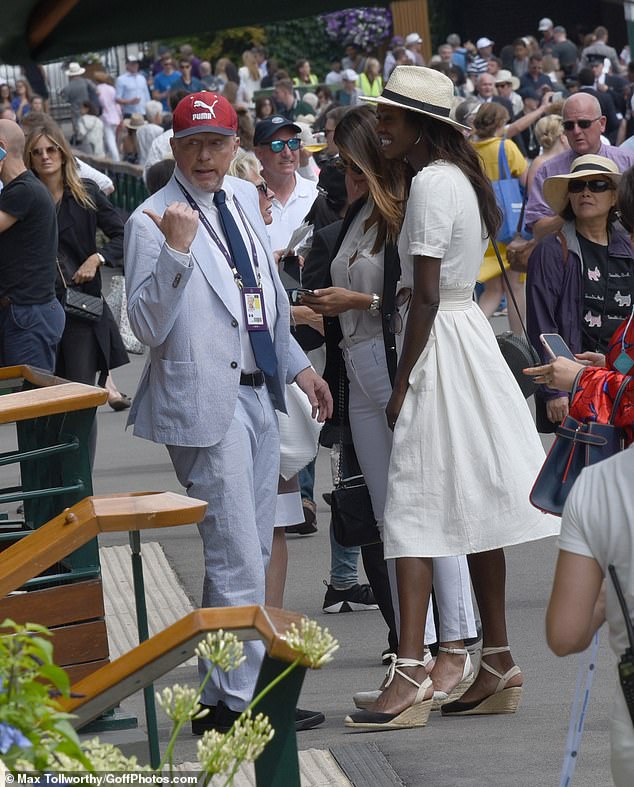 The stunning Instagram model, who is a law graduate with an army of admirers on Instagram, seemed smitten with the German tennis legend as he showed her around the courts

‘There’s nothing to make anything make sense. We don’t fit, there’s something missing.

‘It’s time to change. There’s too many kids, too many young men losing their lives.

‘There’s too many families who are having to go through what we had to experience and there’s so many of these events happening.

‘The whole point of going out is to enjoy yourself, to embrace life and to be happy.

Layla said the jailing of her brother’s killers was justice of sorts.

She added: ‘People say it’s a victory but it doesn’t feel like it because he ain’t coming back. But I’m happy.

‘I’m happy that we don’t physically have to think about these people in our minds for the rest of our days.

‘Punishment will come to them.’

Law graduate Layla has used her Instagram account, which has photos of her on modelling shoots around the world, to pay tribute to her older brother.

The heartfelt posts give some clue as to her motivation to now live life to the fullest.

Alongside one picture of Jama, she wrote: ‘Strength doesn’t come from what you can do. It comes from overcoming the things you once thought you couldn’t.’

And just three weeks ago, to mark Father’s Day, she wrote: ‘Life doesn’t make sense without you here…but I will continue to smile and try to live my best life in your honour.’

Boxer Mumford units his sights on Gallen
Vermont nominates 1st US transgender candidate for...
Liberty University cut from years-long same-sex custody...
No deal Brexit test: Up to 150 lorries will drive from Manston Airport to Dover at rush hour
Britain's most endangered professions are revealed amid warningscrafts could be lost forever
Veteran ex-Labour MP will fight the next election as an Independent, ANDREW PIERCE reveals
Grace Kelly's granddaughter Charlotte Casiraghi marries her film producer fiance in a civil ceremony
Kimvincibles: North Korean leader poses with paratroopers in 'team photo' during military drills