Rep.  has accused Customs and Border Protection of lying about a Facebook group in which explicit images of her were posted.

Current and former CBP agents used the ‘I’m 10-15’ Facebook group to ridicule the freshman congresswoman by posting illicit photoshopped pictures of her.

The institution had previously denied knowledge of the group, but it was alleged on Thursday that CBP’s higher echelons had been aware of it ‘for years’.

AOC tweeted on Friday saying: ‘When members of Congress asked CBP if they knew about violently racist & sexually disturbing secret Facebook group w up to 10,000 CBP officers, they told us they just learned about it. 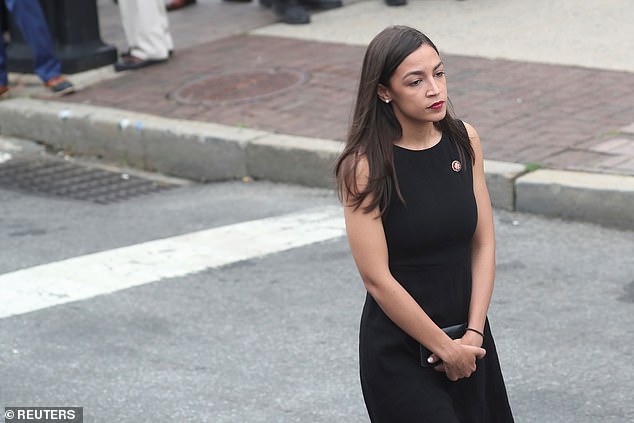 Rep. Alexandria Ocasio-Cortez has condemned Customs and Border Protection over the Facebook group 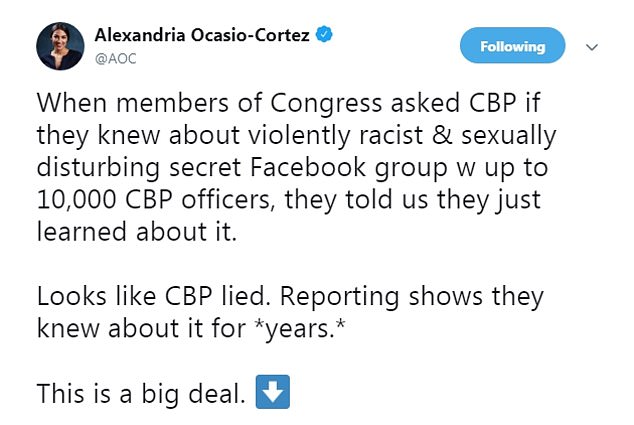 ‘Looks like CBP lied. Reporting shows they knew about it for *years.* This is a big deal.’

AOC posted the tweet alongside a link to a article which claimed Customs and Border Protection officials were notified of the group’s existence three years ago.

A current Homeland Security official allegedly told Politico that agents reported the explicit group but no action was taken to shut it down.

Some of the images which were revealed by  show left-wing Democrat Alexandria Ocasio-Cortez being forced to perform oral sex on Donald Trump.

It also contained mockery of dead migrants; accusations that images of a drowned father and daughter in the Rio Grande were faked; and suggestions that agents should identify themselves as ‘Nazis’ when they meet members of Congress.

The group was called ‘I’m 10-15,’ a reference the code for a migrant in custody. 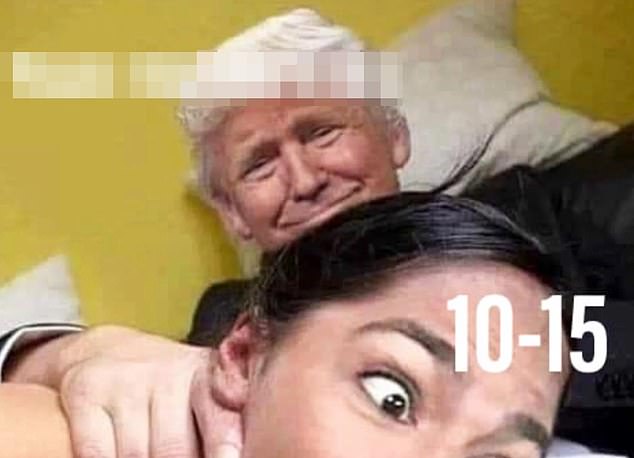 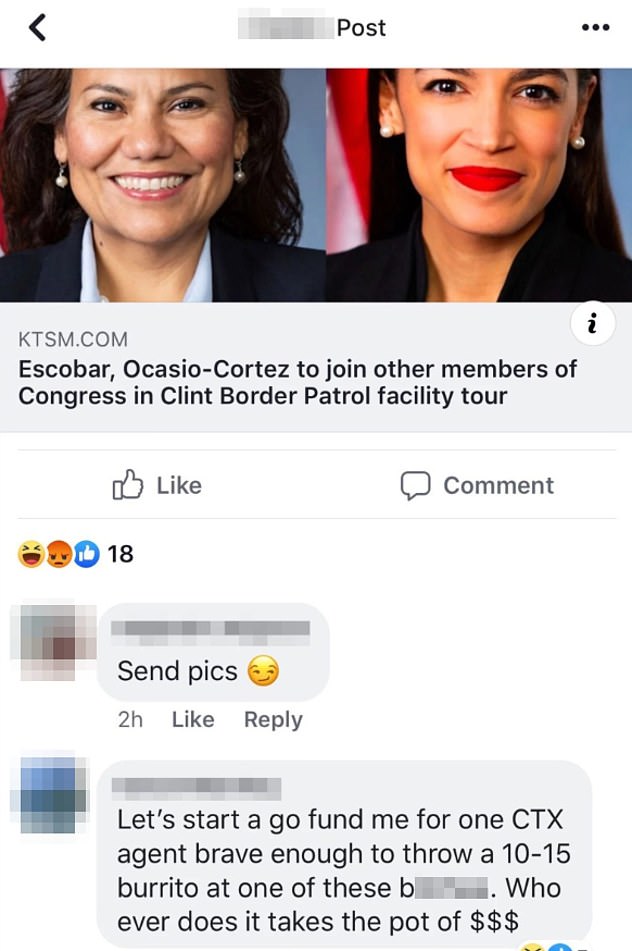 When Ocasio-Cortez and Texas Rep. Veronica Escobar announced a visit to a border station near El Paso, a group member proposed a bounty collected on GoFundMe for any agent willing to throw a burrito at them

Billed as ‘fun, serious and just work related,’ the group boasts about 9,500 members. ‘We are family, first and foremost,’ it states, according to ProPublica, which reported its existence on Monday, igniting a fierce outcry.

The Department of Homeland Security’s acting secretary, Kevin McAleenan, ordered an investigation Wednesday into the group.

He said any employee found to have ‘compromised the public’s trust in our law enforcement mission will be held accountable.’

Democratic Senate Minority Leader Chuck Schumer issued a statement on Wednesday calling for the firing of the acting head of the CBP, Mark Morgan, and other top leaders at the agency as a first step to reigning in a ‘toxic culture’ there.

The full extent of the contents of the 9,000 member private Facebook group remains unclear.

AOC denied earlier this week that she ‘threatened’ Customs and Border Protection officers on a visit to a facility in Texas Monday.

The congresswoman was accused of ‘screaming and yelling’ at border agents after allegedly catching them discussing setting up a GoFundMe fundraising page for an officer who photoshopped her face on an illicit image.

During a visit to a Border Patrol facility in El Paso, Texas AOC reportedly shouted at federal law enforcement agents ‘in a threatening manner’, and refused to tour the facility, according to two people who witnessed the incident.

‘She comes out screaming at our agents, right at the beginning… Crying and screaming and yelling,’ one witness said according to the .

‘The agents, they wanted to respond, but they held back because she’s a congressional delegate. But when you have someone yelling at you in a threatening manner… They were like, ‘Hey, you need to kinda step back.’

A second official claimed that while she was near the agents AOC hit out at them for the Facebook page and screamed at them. 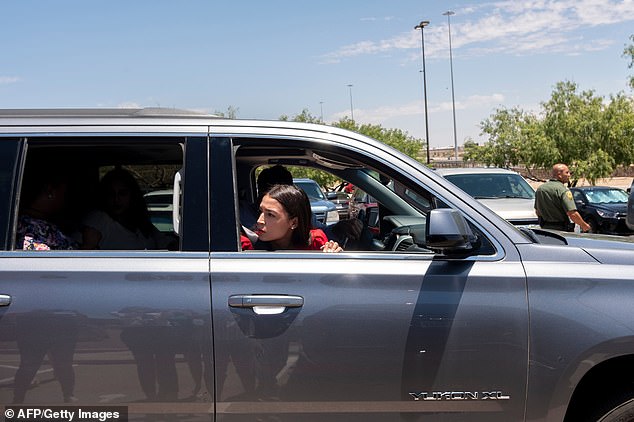 Former NFL player Cierre Wood is charged with murdering his girlfriend's five-year-old daughter
Poll finds 57 per cent of voters still believe Britain SHOULD leave the EU
Harry and Meghan's VERY tactile display at the baseball
Daughter of BTK serial killer shares letters and drawings he sent her from behind bars
Senior living facility residents post adorable 'first day of the rest of my life' photos
California man, 67, who relied on oxygen pump dies 12 minutes after PG&E cut down power
The biggest home decorating mistakes people make in their twenties
Off-duty female cop, 39, 'shoots dead another woman after she found her in an unmarked police car