He rose to fame as the long-haired hunk Martin ‘Ash’ Ashford on .

But, more than a year after leaving Summer Bay, the reclusive actor caused a buzz on Thursday, when he re-emerged on Instagram with a new look.

Appearing alongside former co-star Jake Ryan in a photo, George looked unrecognisable as he sported a much shorter do. 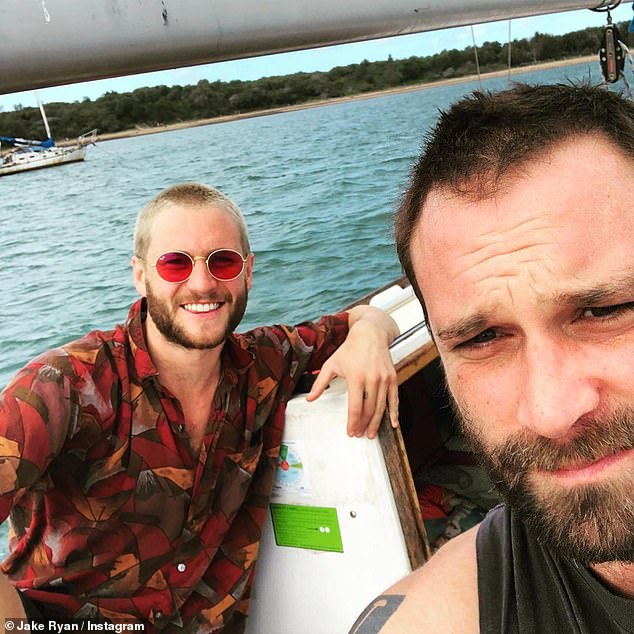 Causing a buzz! Former Home and Away star George Mason (L) looked unrecognisable as he sported a new look in a photo shared to Instagram on Thursday. Pictured with Jake Ryan (R)

In the photo, handsome George is seen sporting a buzz cut, and the actor even traded in his chiseled jaw for rugged stubble.

Forcing fans to do a double take, the actor was pictured wearing an asymmetrical multi-coloured printed shirt, and matching coloured sunglasses. 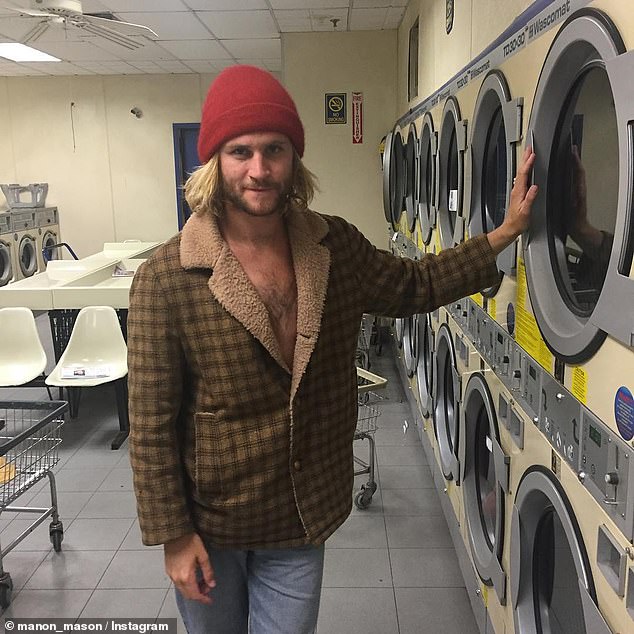 Before the chop: The hunky star chopped of his beloved sandy blonde locks

Home and Away’s Penny McNamee expressed her excitement about George being back in town, writing:

George starred as bad boy Ash for more than three years, joining the drama as Stephen Peacocke began finishing up his stint on the show.

And, although he played the bad boy that can’t keep a relationship, George doesn’t have the same struggles as his ex-convict character.

The blond hunk proposed to his longtime girlfriend, French-model Manon Buchalet in 2017, after two years together. 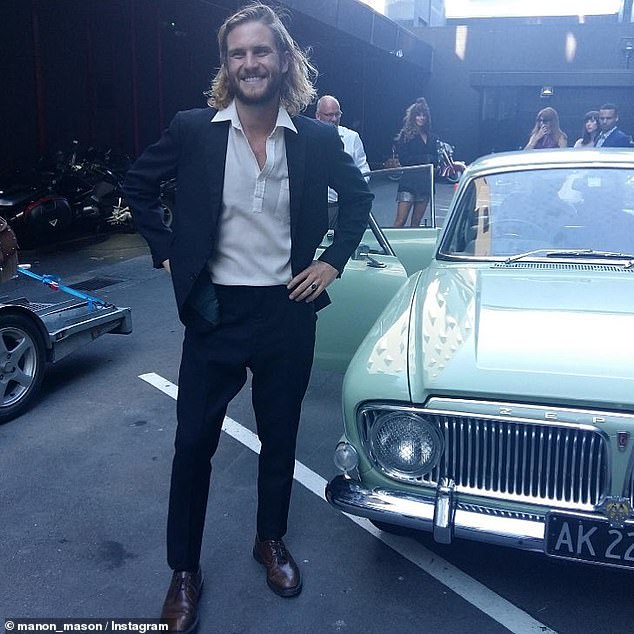 Strike a pose: He played the bad boy that couldn’t keep a relationship, but it seems George doesn’t have the same struggles in his own life

Around the time of the rumoured engagement, a close friend of the pair opened up to , claiming the actor had been thinking about the proposal for quite some time.

‘I’ve never seen George as happy as he is when he’s around Manon, and he can’t imagine spending the rest of his life with anyone else,’ the source said. ‘He’s quite the romantic.’

The long-haired surfer boy has been with Manon since mid 2015. 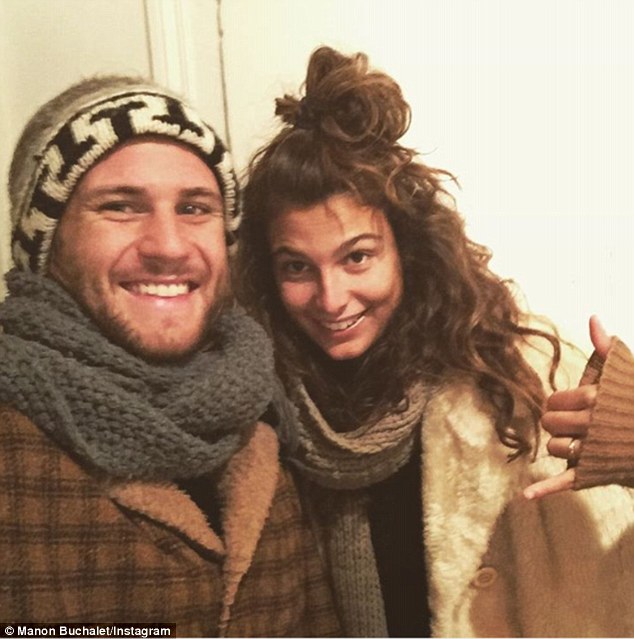 Engaged! George proposed to longtime girlfriend Manon Buchalet (pictured) while on holiday in Paris in 2017