She enjoyed a sun-soaked getaway at the lavish O Beach Ibiza last weekend.

The star, 25, ensured all eyes were on her as she donned in a mesh bodysuit underneath a peach blazer at the lavish event with her boyfriend Dan Edgar, 29. 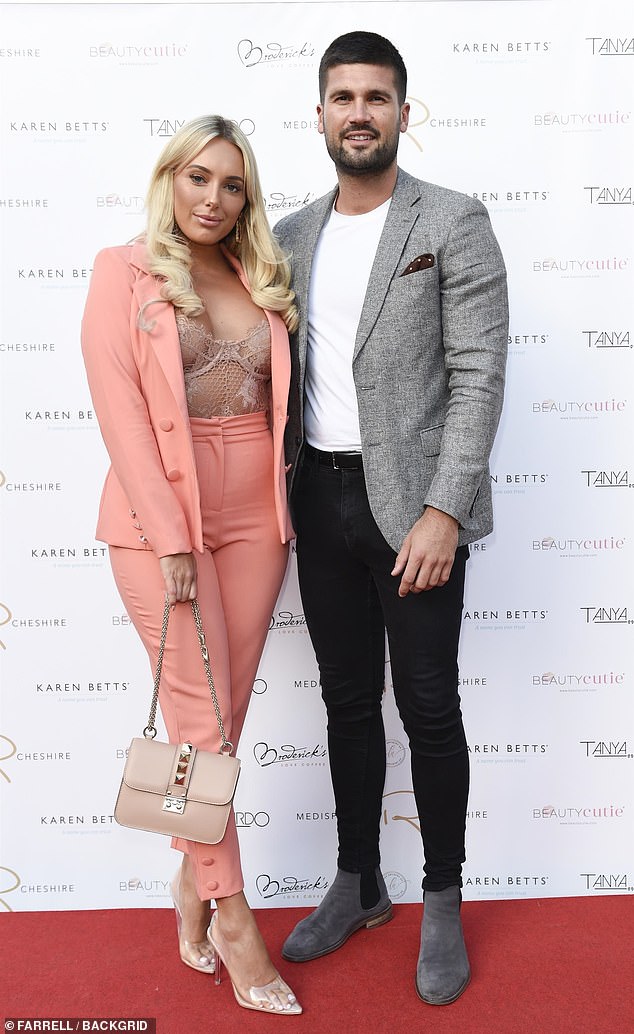 Stunning: Amber Turner ensured all eyes were on her as she attended Dr Nyla’s Summer Garden Party in Alderley Edge, Cheshire, on Tuesday with boyfriend Dan Edgar

The reality star paired her blazer with matching ankle-length trousers and a pair of perspex stiletto heels.

Letting her blonde tresses cascade down her shoulders in loose curls, Amber completed her look with a dirty pink handbag at her side.

Joining Amber at the red carpet event was boyfriend Dan who looked dapper in a white T-shirt underneath a suave grey blazer.

Dan teamed his ensemble with a pair of black figure-hugging jeans and a pair of grey suede ankle boots. 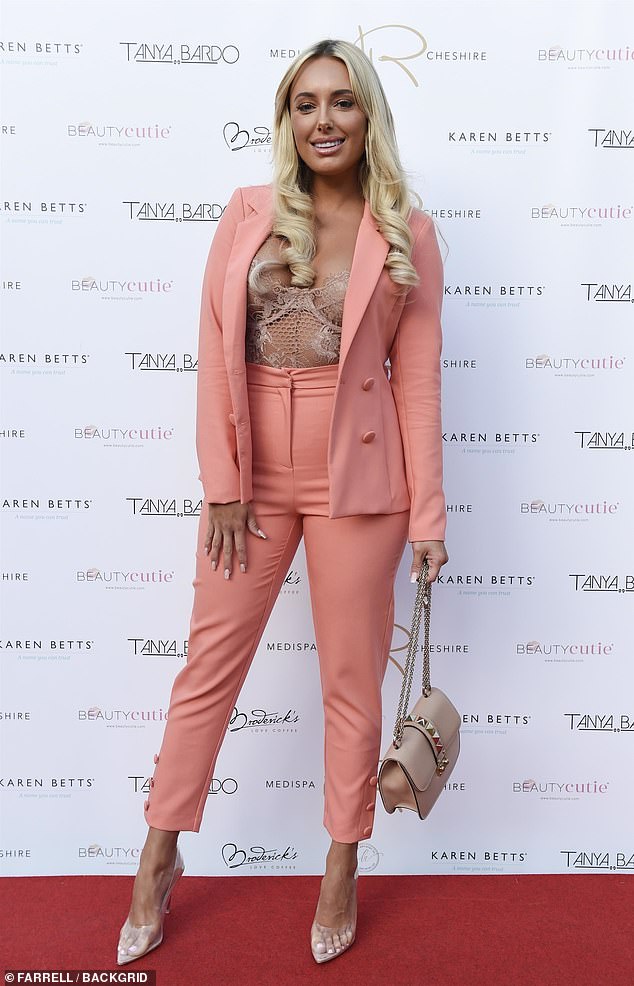 The TOWIE star, 25, showcased her sun-kissed glow in a mesh bodysuit underneath a peach blazer as she arrived for the lavish event 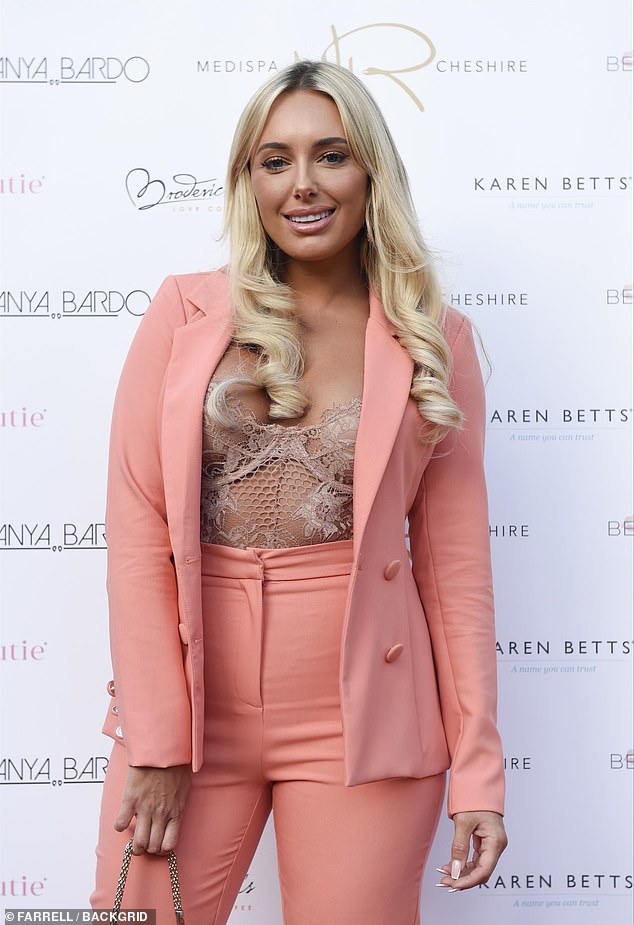 Strike a pose: The reality star paired her blazer with matching ankle-length trousers and a pair of transparent stiletto heels 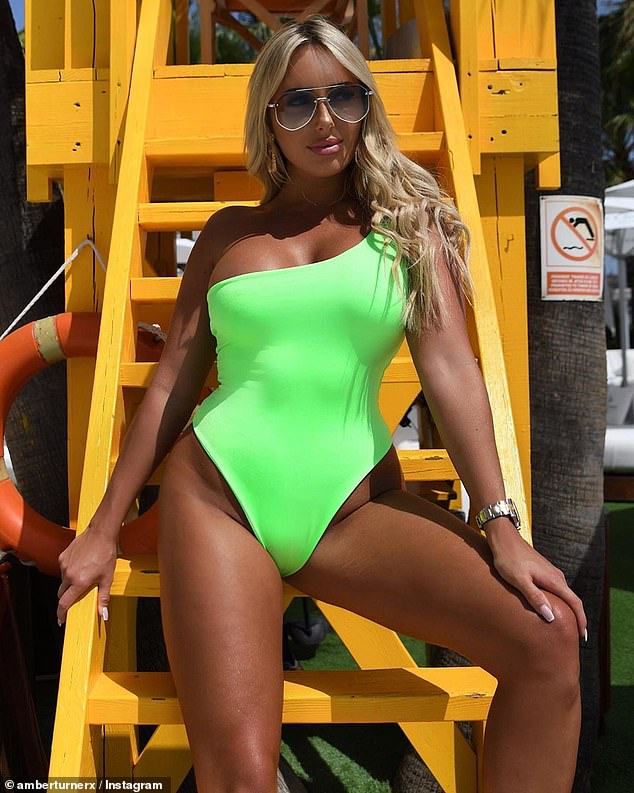 Instagram: Amber appeared to be enjoying her time away from the screen as she basked in the sun at the lavish O Beach Ibiza last Saturday

This week Amber showcased her golden glow in a neon off-the-shoulder green swimsuit as she basked under the Mediterranean sun during a holiday in Ibiza.

Her sighting came weeks after she and Dan Edgar let the world know there romance was still strong.

The pair had been dating on and off since joining TOWIE in 2017 before calling it quits last year citing incompatibility issues. 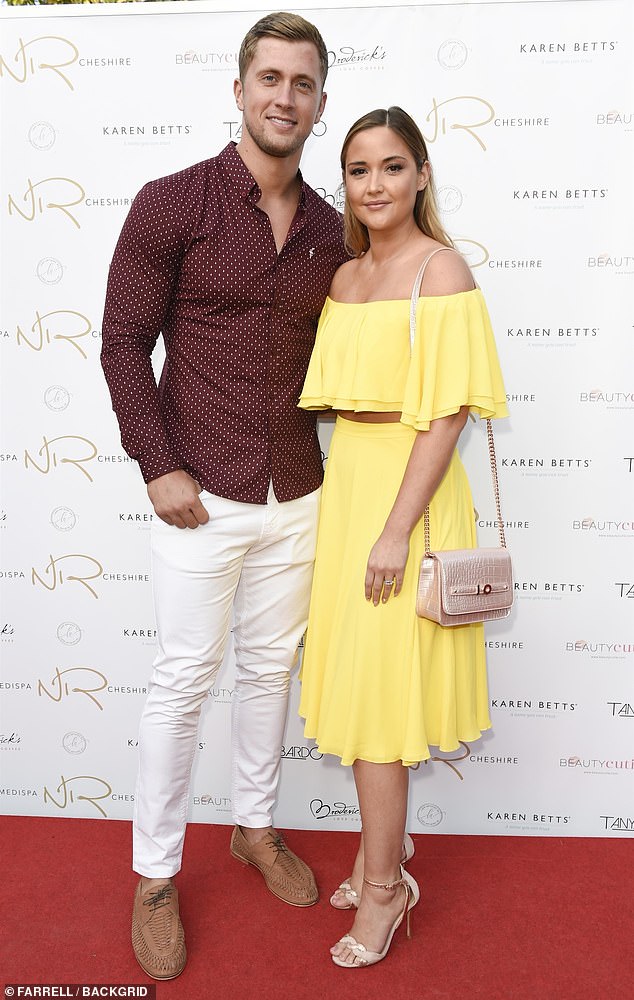 Out and about: Actress Denise Welch (left) and television presenter Sarah-Jane Crawford (right) were all smiles as they posed for the cameras 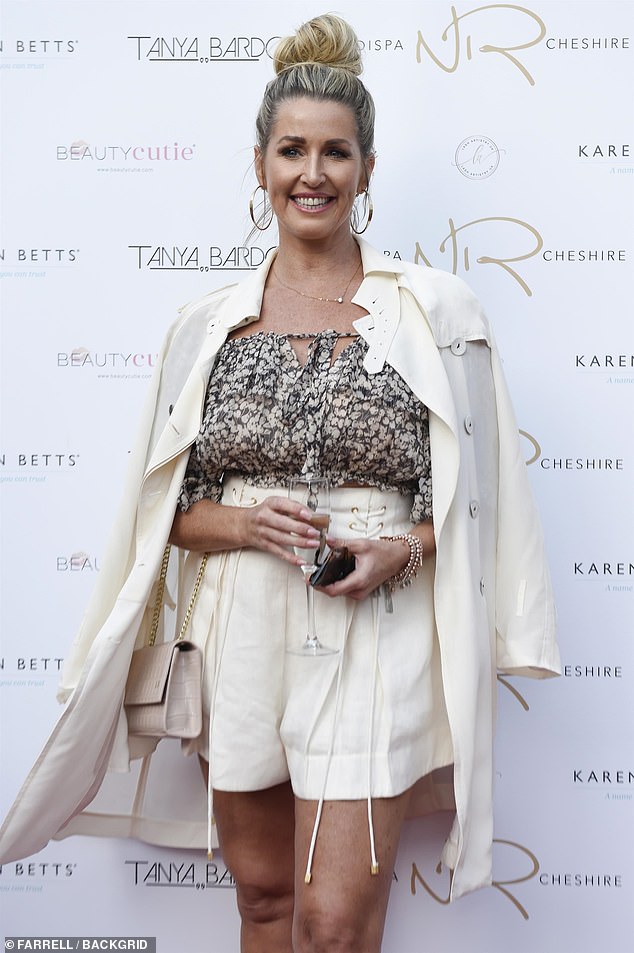 Radiant: Real Housewives of Cheshire star Leanne Brown sported a pair of cream shorts as she smiled fro the cameras 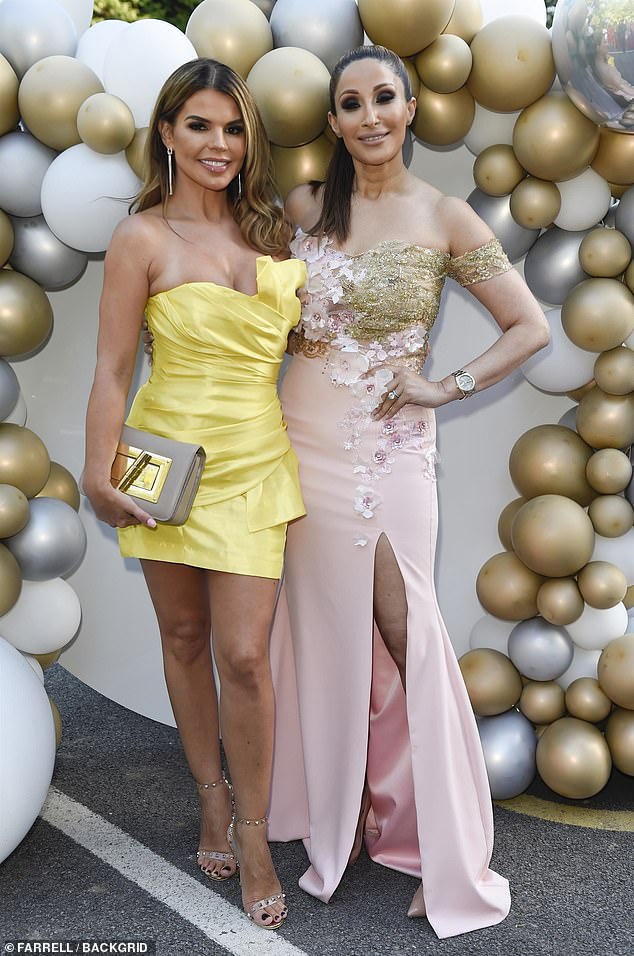 During their time apart, Amber was also spotted getting close to businessman Edward Crossan, the vice chairman of London-based waste management company Powerday, on a yacht in Ibiza.

However, in May, Amber and Dan appeared to have reignited their romance once more after they were pictured relaxing by the side of a pool in Ibiza.

Earlier this year Amber was axed from TOWIE, but insiders revealed exclusively to MailOnline that show bosses had been sympathetic to her break-up with Dan.

While TOWIE representatives confirmed that Amber had been told her contract for the upcoming series had been terminated, she returned to the show in April. 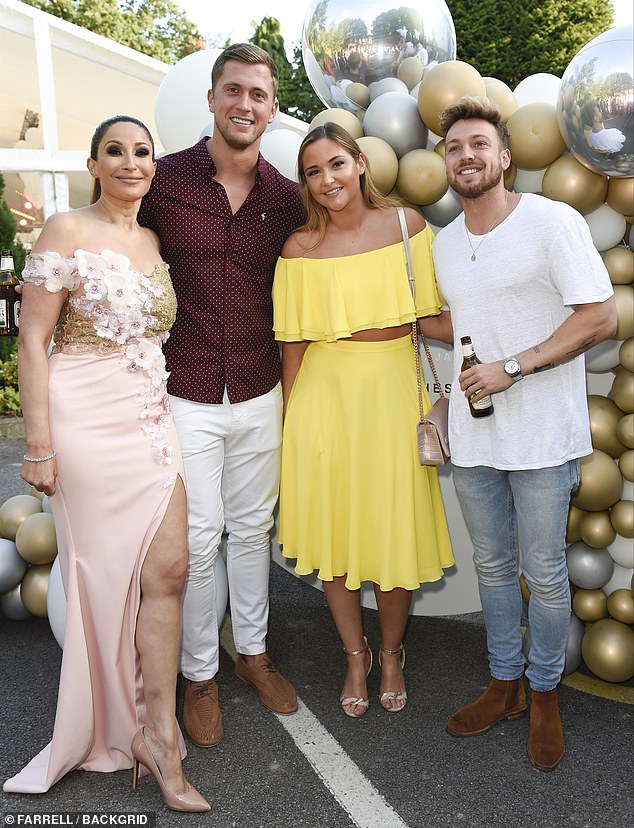