Two people have fainted today at Wimbledon within hours of play starting after struggling with the heat.

A fan was taken ill on Court 12 while watching British hopeful Heather Watson in action against US teenager Caty McNally.

And not long after a ball boy collapsed while in action on court 11, prompting medical attention from stewards and line judges.

Today’s highs are expected to be much lower at around 70F with occasional cloud cover. 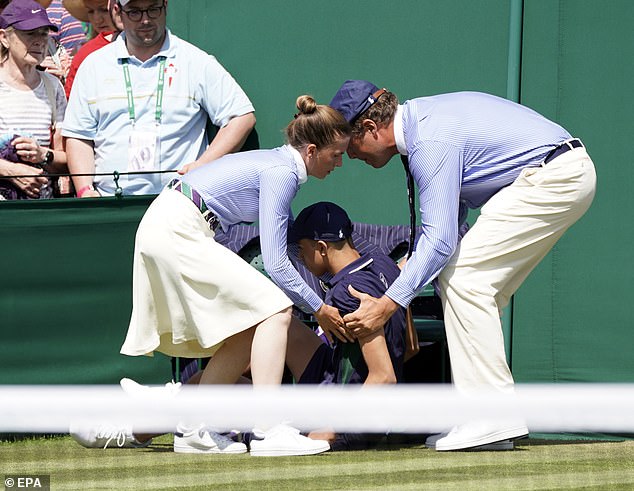 A ball boy was the second person to faint at Wimbledon in the hot sun today, pictured, after falling ill on Court 11 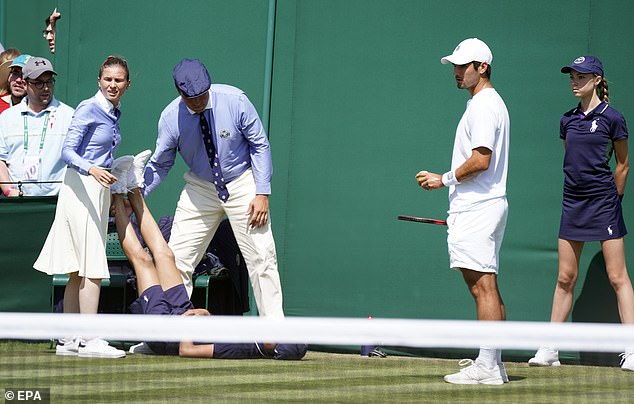 Marcos Giron, right, of the US paused his match with Feliciano Lopez while the youngster received medical attention from stewards 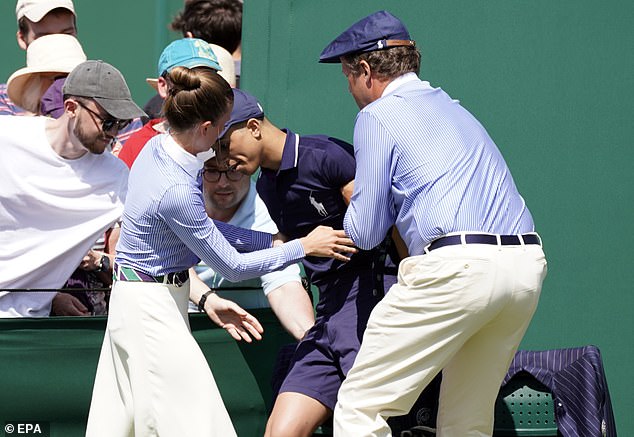 Eventually he was helped to his feet as fans also tried to help the boy recover, picytured

One tennis fan wrote on Twitter: ‘Only took 17 minutes for the first spectator to collapse at Wimbledon. It can get so undeniably hot when you’re sat watching Tennis in the sun.

‘Stewards are always attentive to these situations and overall very friendly.’

Thousands of tennis fans are at SW19 today for the opening day of the grass court tournament, with around 500,000 expected through the gates in the next fortnight.

This year Wimbledon’s No 1 court has a new roof so play can continue in the rain – but with the weather set fair forecasters are already predicting it may not be used this year because of wall-to-wall sunshine.

Huge crowds were waved into the All England Club in sun-soaked south-west London earlier today for the opening of the one of the grandest events on the British sporting calendar.

Security guards walked the spectators past the famous ivy-covered Centre Court this morning with Novak Djokovic beginning the defence of his men’s singles title there from 1pm. 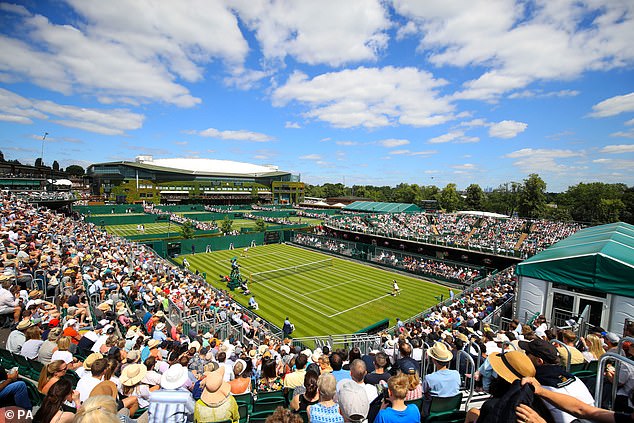 A fan also collapsed at Court 12, pictured, where there are very few shaded areas 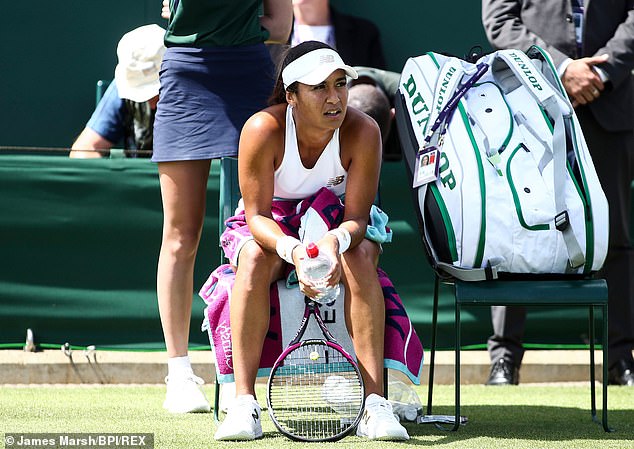 The spectator collapsed just 17 minutes into one of the first matches of the day at Wimbledon as Heather Watson, pictured, took on American Caty McNally on Court 12 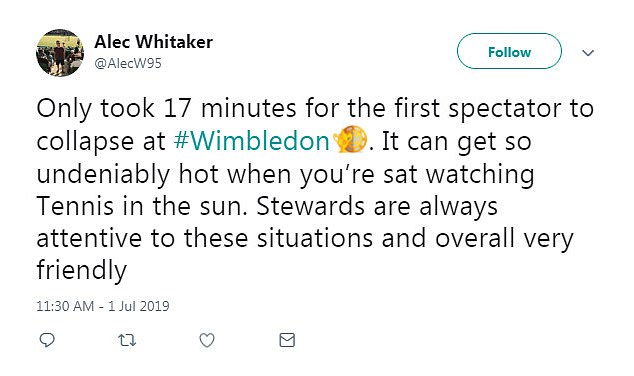