She moved out of former BFF ‘s mansion after she was caught cheating with ‘s baby daddy, Tristan Thompson, earlier in the year.

And after settling into a place of her own, Jordyn Woods has now revealed she is about to turn one of her bedrooms into its own closet.

The 21-year-old model told she wanted three separate closets. She will also follow in Khloe’s footsteps by creating a sneaker wall. 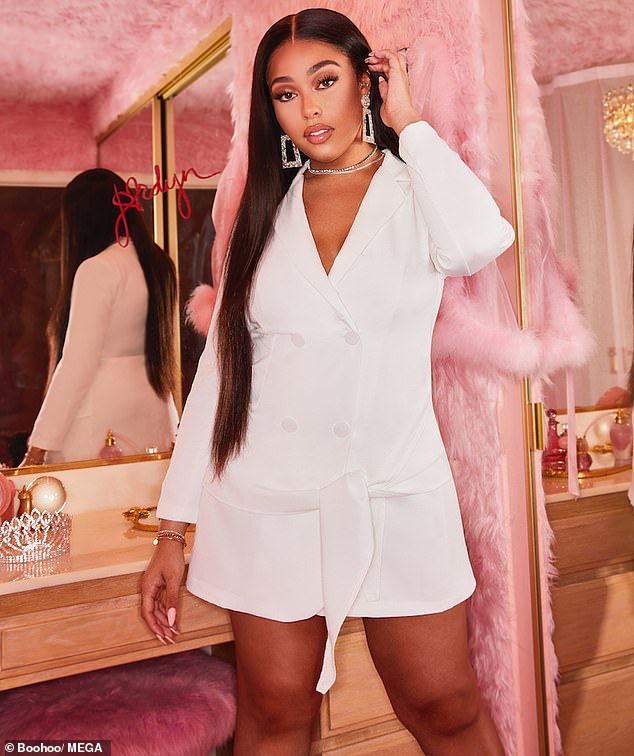 Inspiration from Kylie? Jordyn Woods revealed on Monday that she was planning on turning a bedroom into a closet after moving out of ex BFF Kylie Jenner’s home and into her first solo place

‘It’s not like this right now, but I want to have one closet that’s my everyday basics and athleisure,’ she began while speaking of her intended layout.

‘Then I want to have one nicer, occasional outfit closet. I have some space now, so I want to make one of my rooms a full closet.’

Jordyn continued: ‘I’m a huge sneaker person, so I’ll have to have a whole wall of shoes too.’ 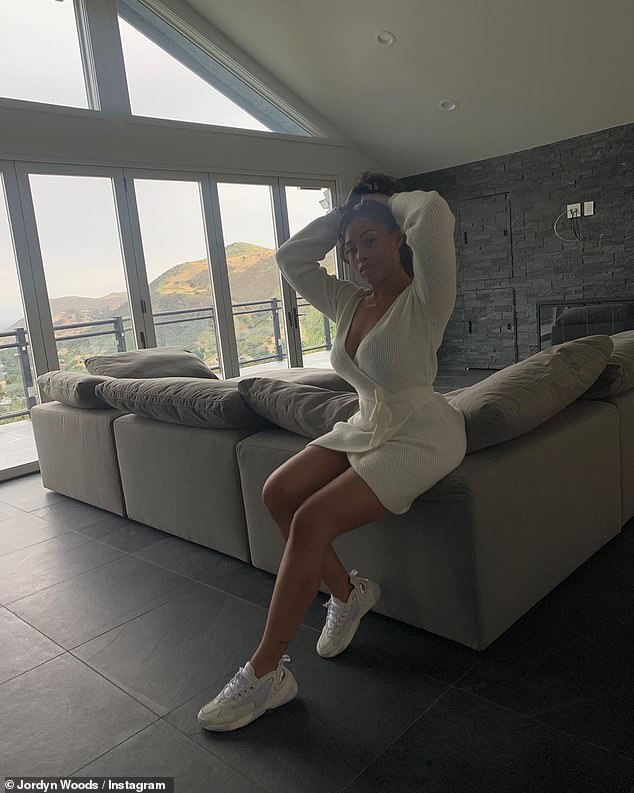 New place, new Jordyn: The beauty moved into her first home in May, taking to social media at the time to gush over her new couch 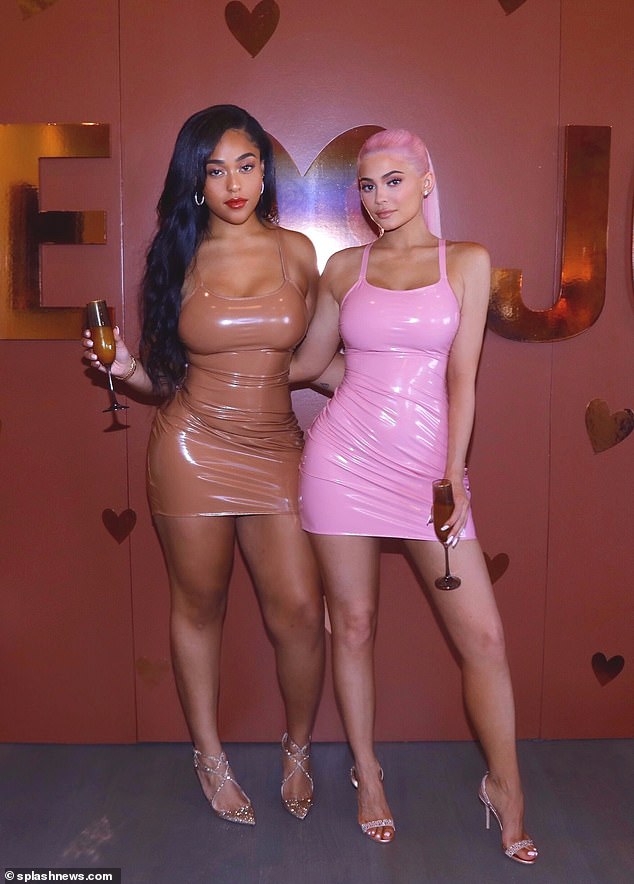 Kylie the mastermind? And perhaps the beauty’s info came from the Kardashian/Jenner family themselves, with the clan known for converting rooms into closet space

The beauty moved into her first home in May and the living quarters are impressive as Woods has made a fortune since being linked to Tristan.

Woods has her own activewear brand called SECNDNTURE, which is a size-inclusive line. And she has collaborated with Addition Elle, Boohoo and Barneys.

She recently took to social media at the time to gush over her new couch in her stunning home..

‘Finally my first piece of furniture arrived! designing homes is such a task but I’m having the best time doing it. what are some of your house hacks and favorite companies?’ she captioned.

Jordyn was seen sitting on the edge of the lounge while the hills could be seenin the background.

And perhaps the beauty’s inspiration came from the Kardashian/Jenner family themselves, with the clan known for converting rooms into closet space.

While ex BFF Kylie has previously showcased her walk-in closet for all her purses, Khloe is known for her fitness one. 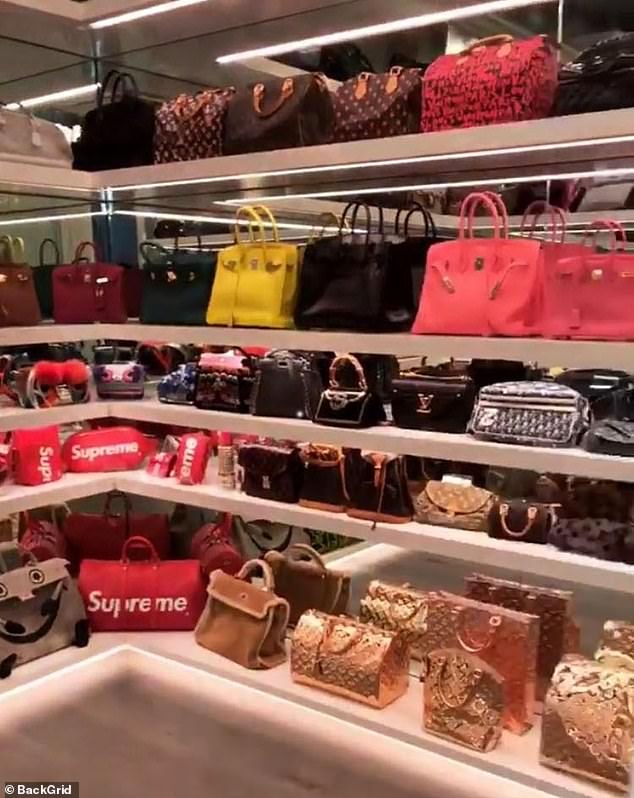 Along with the multicolored sneaker wall, there were drawers devoted to workout bras, pants all lined up in and color-coordinated in length with shirts hung the same way.

Sunday’s Keeping Up With The Kardashians episode showcased part two of the aftermath of the Jordyn/Tristan scandal.

The makeup mogul revealed in the episode that she did not ask her long-time best friend to move out, she did so on her own. 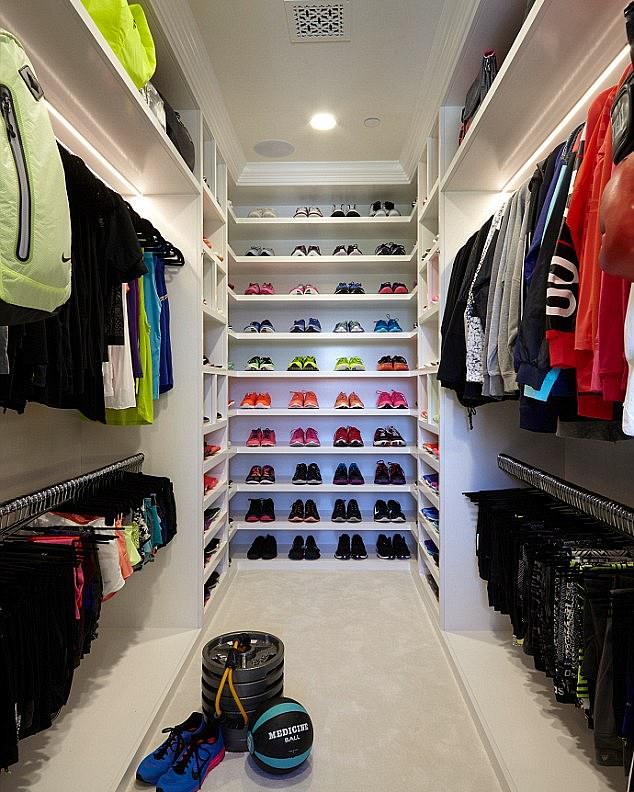 KloCD! Khloe Kardashian also follows the same concept, having a fitness closet for all her activewear

At the time, TMZ reported there were no issues when she collected her belongings and moved into her mom’s home temporarily.

‘Jordyn came by and picked up her stuff about a week and a half ago,’ an insider told .

‘Kylie wasn’t home when Jordyn came over, but the housekeeper let her in and there were no issues.’ 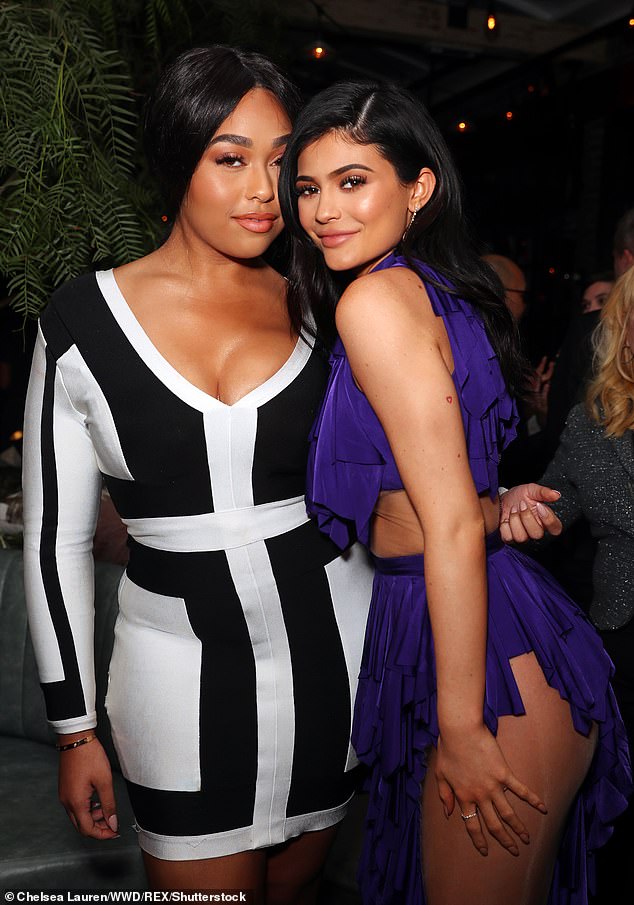