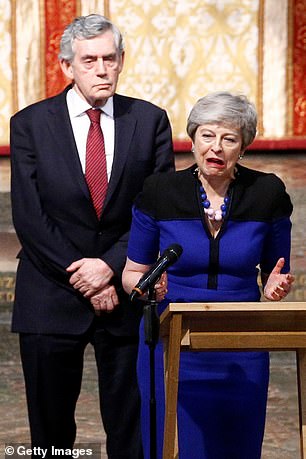 Gordon Brown has begged Theresa May to rethink the move to scrap free TV licences for over-75s.

The former Labour prime minister urged Mrs May to use her final days in power to ‘honour’ the commitment to protect free TV licences for all over-75s.

He wrote to Mrs May to highlight the contradiction between the 2017 Conservative Party manifesto vow to protect such a pensioner benefit until 2022 and the reality of ditching the free licence.

The BBC has said the concession will only be available to households where someone receives Pension Credit from June 2020.

The decision came as the Government prepared to transfer the financial burden of providing free licences to the broadcaster.

Mr Brown, in his letter to the Prime Minister, said: ‘I am writing to ask you to consider ensuring that the manifesto promise – that the TV License would be free for over-75s until 2022 – is honoured.

‘The BBC is now proposing to charge 3.7 million pensioner households the full licence fee from next year.

‘I am enclosing the submission I made to the BBC, which shows not only that this decision contradicts the Conservative manifesto promise of 2017, but also that it changes the balance between universal and targeted benefits and makes the BBC an agency for the means testing of elderly pensioners.’

A licence for a colour television costs £154.50 a year while a black and white television licence costs £52.

Tory leadership favourite Boris Johnson also tore into the broadcaster last night at a hustings in Carlisle over its decision to strip millions of pensioners of their free TV licences. 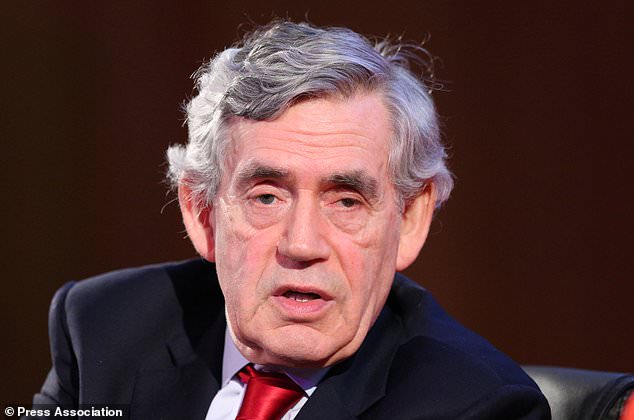 He made a direct plea to the corporation to ‘look after’ older viewers who face having licences means-tested from next year.

The plea came as it was revealed the BBC charged tens of thousands of pensioners for TV licences even though they were entitled to free ones.

Around 41,500 over-75s asked for a refund after needlessly paying for a licence between April 2017 and the same month last year.

A new poll released last week said that 85 per cent of over-75s who would be made to pay for their licences would rather go to court than pay it.