She was unceremoniously criticised over her weight by her ‘husband’ Sam Ball while appearing on Married At First Sight.

But Elizabeth Sobinoff has had the last laugh as she stunned on the 2019 red carpet on Sunday night while unveiling her huge 10kg .

The 28-year-old ensured she was looking her best for the star-studded event after slimming down to a size 8 since her appearance on the reality series. 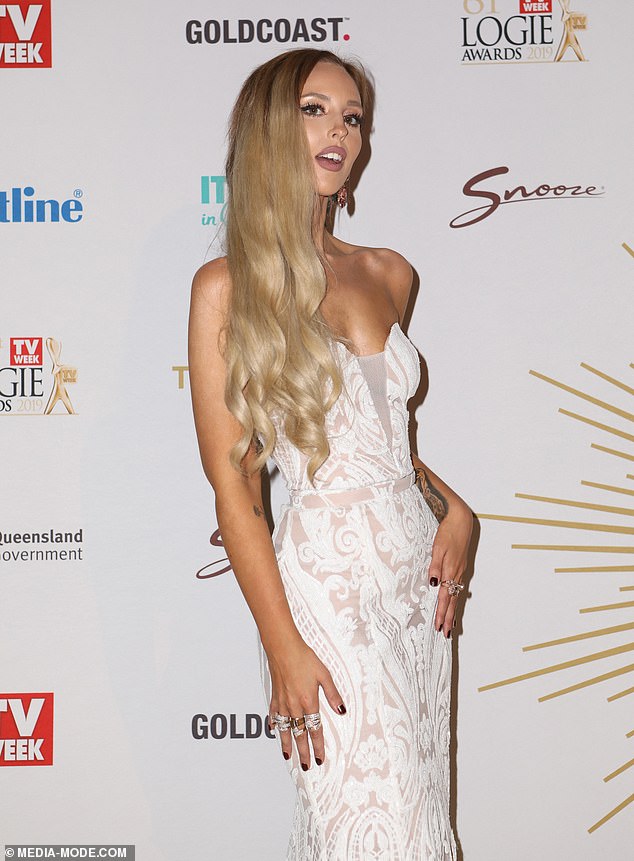 New look: Elizabeth Sobinoff, 28, underwent a huge transformation ahead of this year’s Logies and unveiled her impressive 10kg weight loss on the red carpet on Sunday night at the awards

Elizabeth had all eyes on her as she debuted her shock transformation at the Logies while oozing glamour in a stunning Marian Rhame gown.

She revealed in an interview with that she has lost an impressive total of 10kgs since filming wrapped for MAFS’ sixth season, earlier this year.

On the show, Elizabeth’s TV husband Sam came under fire for fat-shaming her just moments after meeting her on their wedding day. 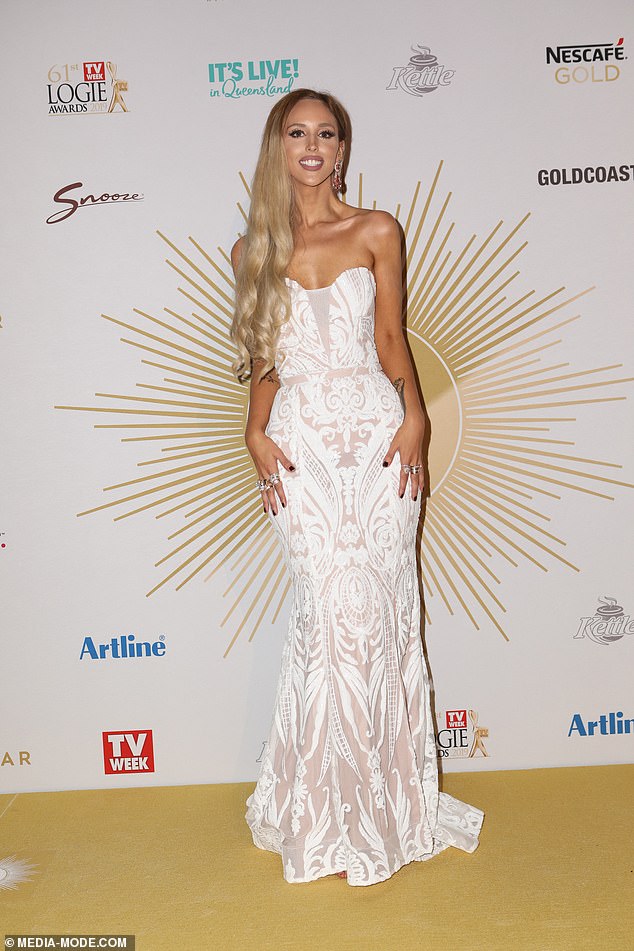 Wow factor: The Married At First Sight star looked dramatically different as she showcased her slimmed down physique in a form-fitting Marian Rhame gown

‘I’ve never really dated girls as big as Elizabeth in the past,’ he told producers, before adding that he would have to get her ‘running in the mornings’ to lose weight.

Elizabeth was visibly shocked when she was shown Sam’s comments towards the end of the series, but has now said she’s glad it was her that was criticised over her weight and not any of her female co-stars.

‘It happened to me on national TV, but it happens to women every single day in life,’ she said. 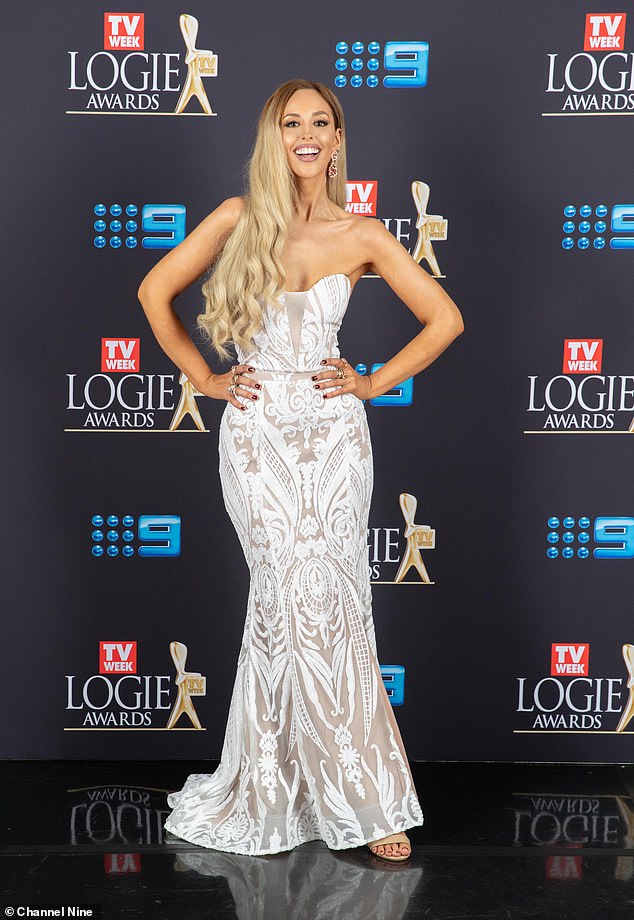 ‘I’m glad it was me!’ Elizabeth, who has slimmed down to a size 8, told NW magazine she is glad she was fat-shamed on national TV by her MAFS’ husband Sam Ball

‘I was strong enough to take it. Some of the other girls on the show were quite insecure, so I’m glad that it was me.’

Elizabeth admitted that it wasn’t the first time she’d heard remarks, like those Sam had made, and insisted she always feels confident no matter her size.

She has previously said ‘getting rid of toxic people’ helped to fuel her weight loss, but revealed her weight fluctuates due to medical conditions she is dealing with. 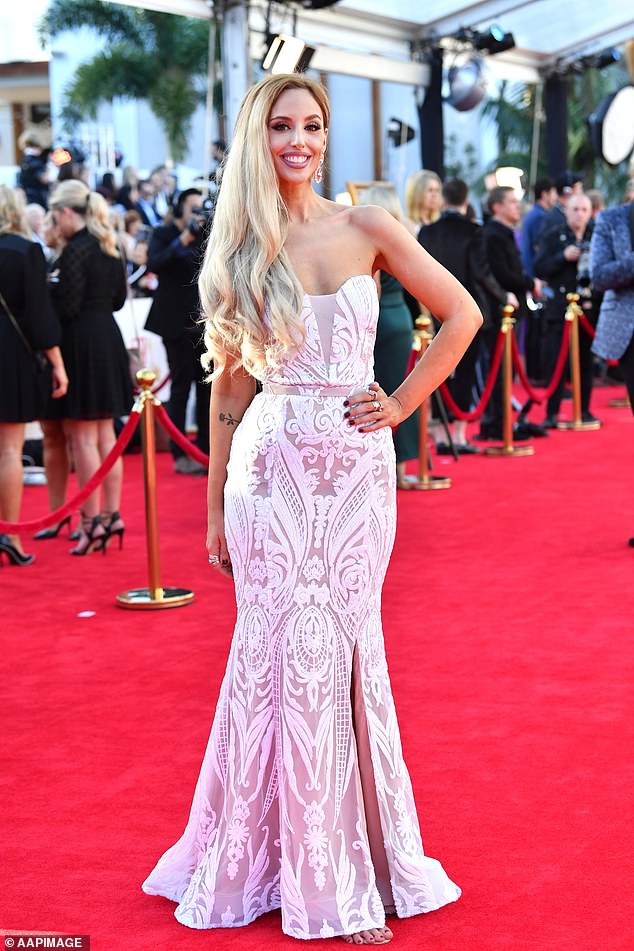 ‘I was strong enough to take it!’ Elizabeth claimed her female co-stars wouldn’t have taken it as well because of their insecurities, but she has always been self-confident despite her size

Elizabeth has an auto-immune condition and porphyria (a blood disorder) that is continuously affecting her weight and she has to eat a high-carb diet to manage it.

The blonde, who was a size 10 when she was filming for MAFS, added that despite her up and down weight she has ‘never felt self-conscious’ or the need to ‘justify her size’.

And she was seen radiating confidence as she posed up a storm at the Logies in a form-fitting strapless gown that emphasised her slender physique.

Elizabeth joined a slew of her Married At First co-stars at the awards, including Cameron Merchant, Jules Robinson, Heidi Latcham and Martha Kalifatidis. 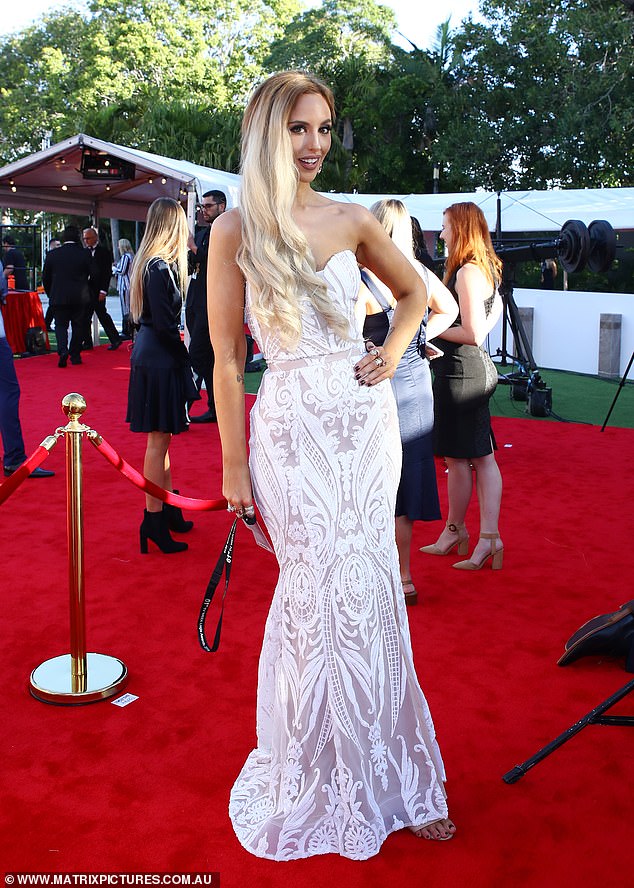 Beautiful: The blonde was seen radiating confidence as she paraded her svelte frame on the red carpet at The Star on the Gold Coast for the annual awards