An American teenager who became the youngest woman in 50 years to qualify for  is facing her idol in the first round.

Cori ‘Coco’ Gauff, 15, is taking on the seven-time Grand Slam singles winner, 39, on Court One today – just a week after finishing her exams.

The teen has modelled her life on the Williams sisters – moving from Georgia, Alabama, to their home state of to further her career.

This isn’t the first time she has come face-to-face with her hero either – when she was eight, Gauff’s father managed to get front-row tickets to the U.S. Open and she even got her autograph.

She told SportsMail: ‘They’re great role models for the sport and in general. I’m super excited to play against Venus. I’ve never practised or hit with either of them. 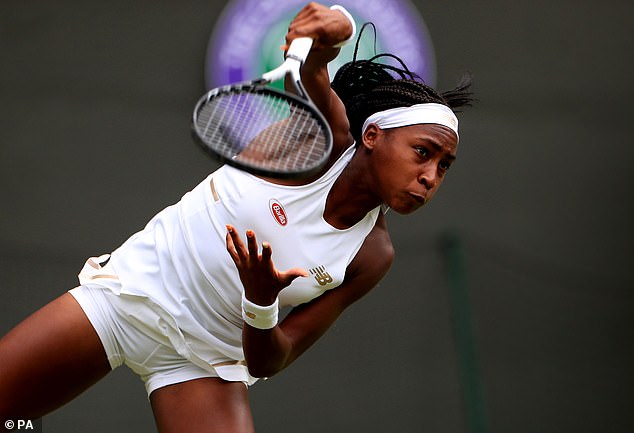 Cori ‘Coco’ Gauff, 15, is currently facing her idol Venus Williams in the first round of Wimbledon – despite finishing her exams just a week ago 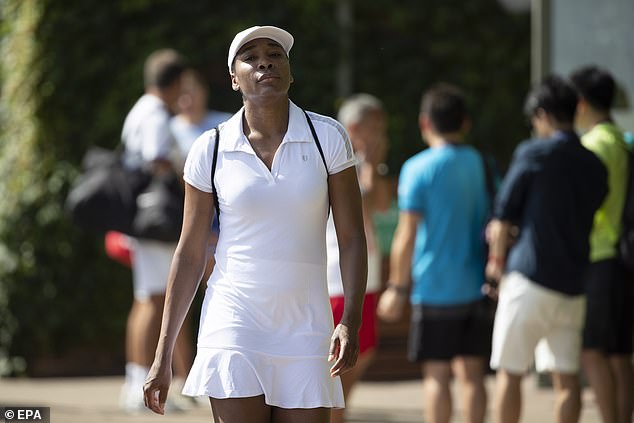 This isn’t the first time she has come face-to-face with her hero Venus, pictured on Saturday, either – when she was eight, Gauff’s father managed to get front-row tickets to the U.S. Open and she even got her autograph. 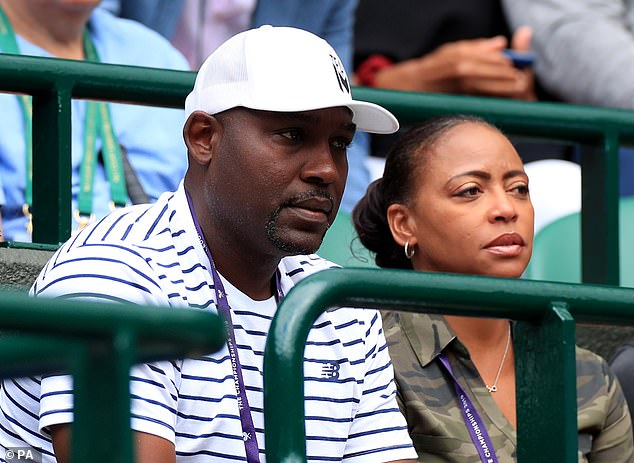 ‘My first US Open I went to when I was eight we saw a Venus match, my dad somehow got us front-row tickets. I got her autograph, I was so happy.

‘After the match she gave the ball kids one of the balls and he gave it to me — I don’t know if she told him to.’

Her serve is already among the quickest in women’s tennis. She reckons her fastest serve was 122mph.

At Wimbledon last year in the women’s singles, only two players broke the 120mph mark: Venus and Serena.

‘I want to be the best of all time — better than Serena,’ she added. ‘I to hit like her, take the ball early like her.

‘I wouldn’t say everything is modelled around her but if you watch me play you definitely see little bits of Serena.’ 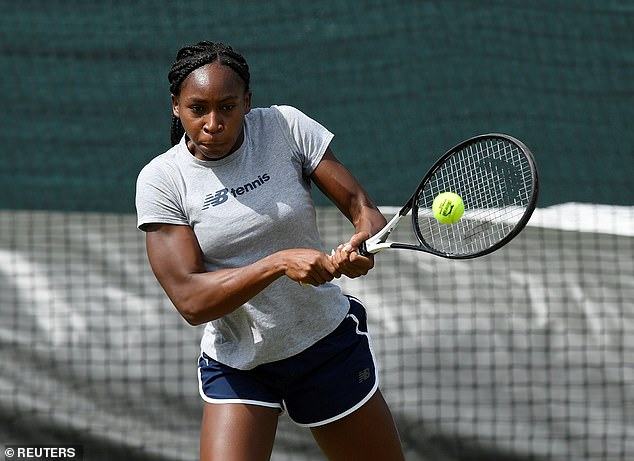 The American teen, pictured yesterday during a training session, has modelled her life on the Williams sisters – moving from Georgia, Alabama, to their home state of Florida to further her career

Wimbledon umpires are ending the use of courtesy titles ‘Miss’ and ‘Mrs’ for female players at this year’s tournament.

Women will no longer be identified by their marital status during match scoring in a change to tradition at the All England Club.

Umpires will not use the titles when announcing an end of game score or end of match score.

British player Heather Watson, who won her first match on Monday, said ‘equality is always good’ but added that she had not noticed the change on court.

According to the All England Club, the change has been made to ‘achieve consistency’ for men and women at Wimbledon.

Previously when a married female player such Serena Williams won a game, an umpire would announce: ‘Game, Mrs Williams’, whereas for male players like Roger Federer it was ‘Game, Federer’.